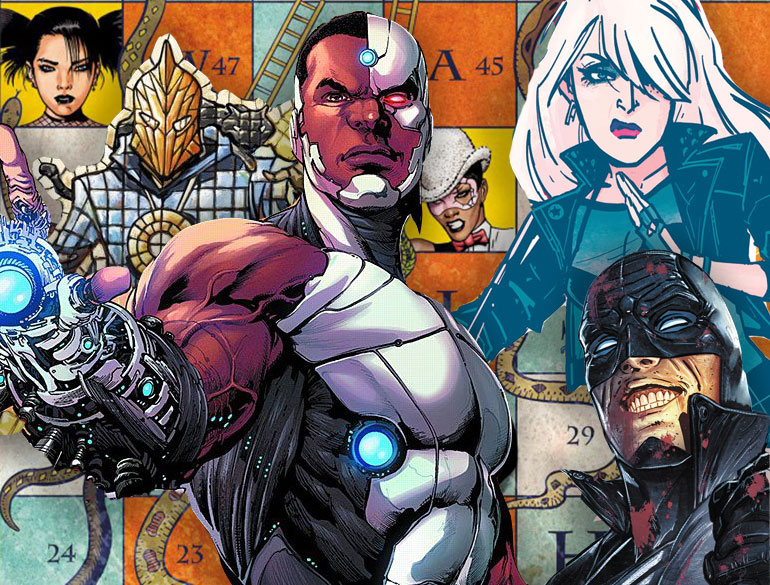 Diversity is definitely a hot topic among comic fans online, and it’s one that Comicosity has embraced fully and as part of its core mission. We pride ourselves on being a place for readers — and writers — of all types to come together and enjoy comics just a little bit more. So, it never hurts to point out when comic companies are making that even more possible than ever before.

Earlier this month, we looked at 35 indie titles with exceptional LGBT representation, and 8 princess characters that won’t make forward-thinking parents cringe. Last month we showcased 25 comics that featured persons of color (and were created by persons of color with the same background). Now, it’s time to look at DC Comics’ slate of title relaunches — dubbed by the publisher the DCYou — three months in, and share our favorites. The must-reads. The ones you should RUN to the comic shop to buy.

Because with this kind of diversity — character, creator, and especially genre — we think you’re going to find something to love. And honestly, we believe these books deserve a long life. So get to reading and get to buying! 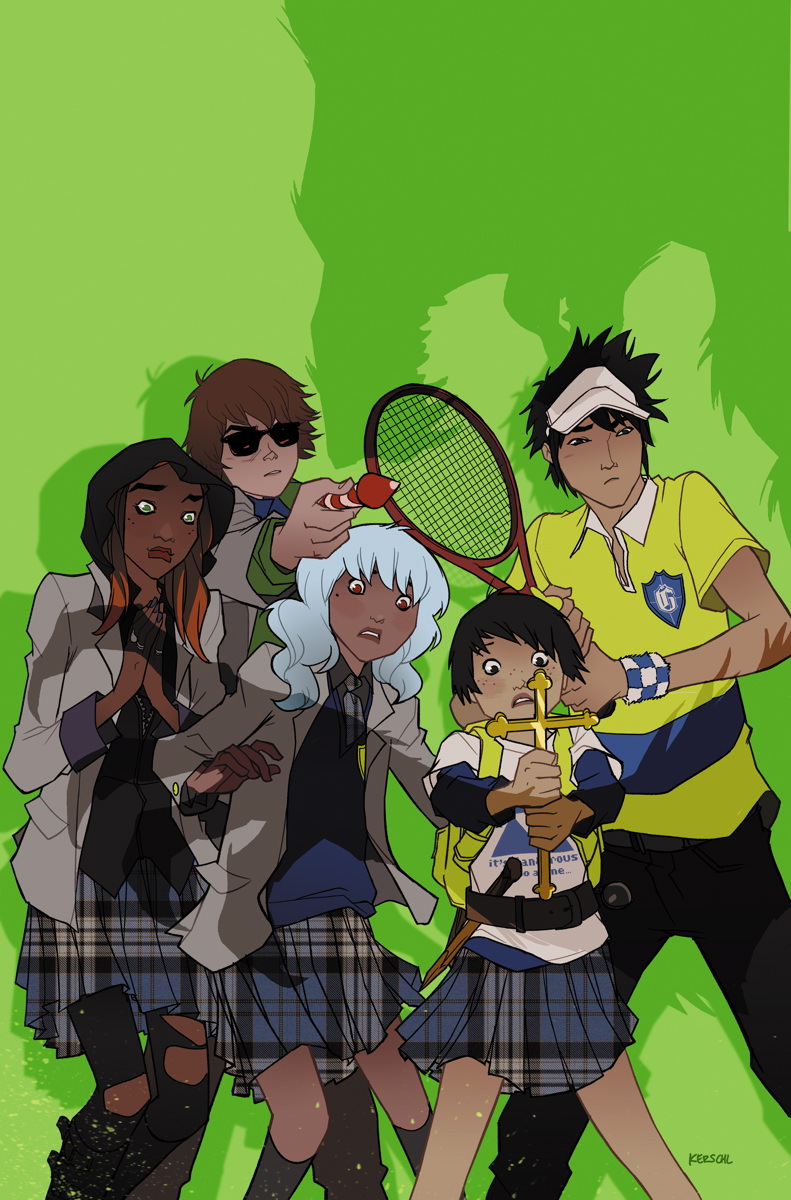 Olive Silverlock returned to school after her summer vacation changed, but neither she nor her friends know exactly what happened. Now, this group of amateur detectives (dubbed “the Pizza Club”) have to start digging into the mysteries of Gotham City, starting right on their own campus.

“There is literally something for every type of reader. Gotham Academy is all-ages, and can be enjoyed by kids and people that have been reading for thirty years. The book appeals to the casual reader with engaging, unique characters, and eye catching art. The hardcore superhero fanatic will love the deep connection to Batman’s history, and the creators’ true love of the mythos.” 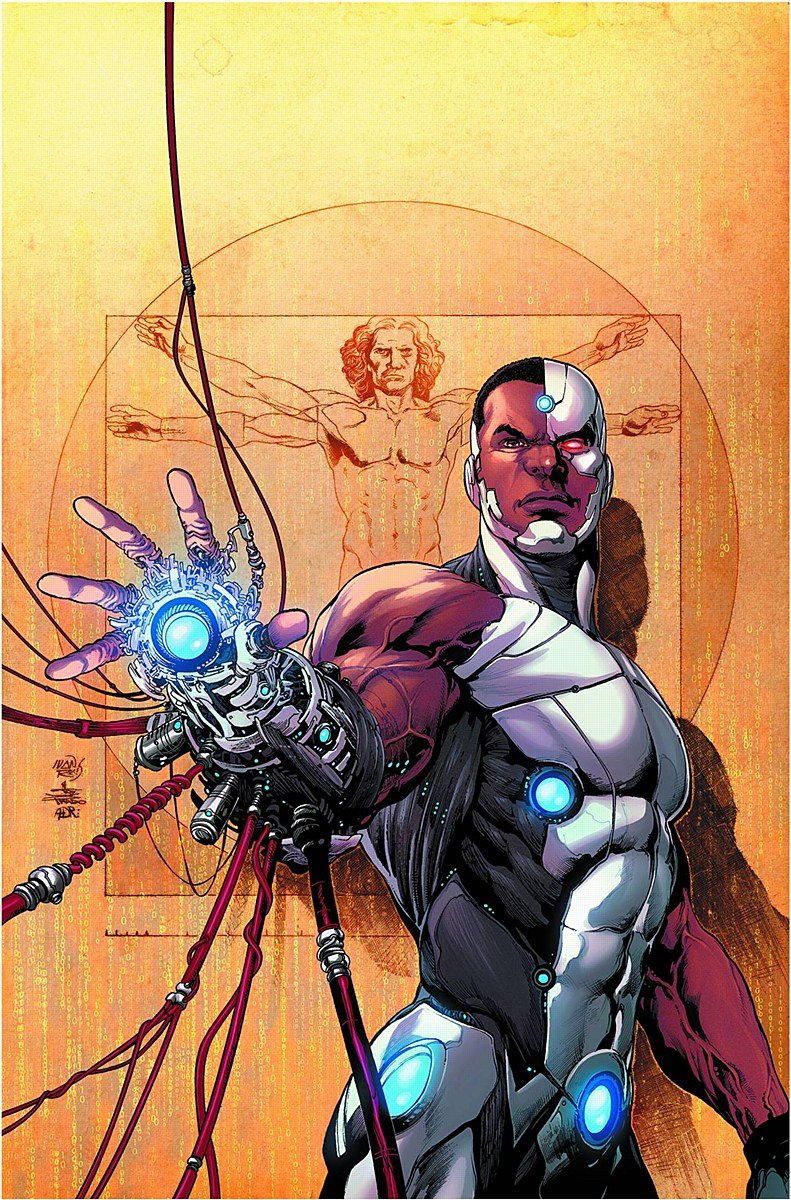 Cyborg has been with the Justice League since their beginning, but how much of a life has he had on his own? Now, techno aliens have come to earth to repossess the technology that made Victor Stone a super-hero, and he’s going to need his Dad and the entire team at S.T.A.R. Labs to figure out how to stop them.

“Walker has taken everything that we’ve loved about Cyborg … and brought it to bear in a fresh and honest-feeling manner. This is no angry teen, conflicted over the crisis that led to his super-heroic condition. Victor Stone is mature, warm, and despite his concerns over the state of his body, very sure of who and what he is.” 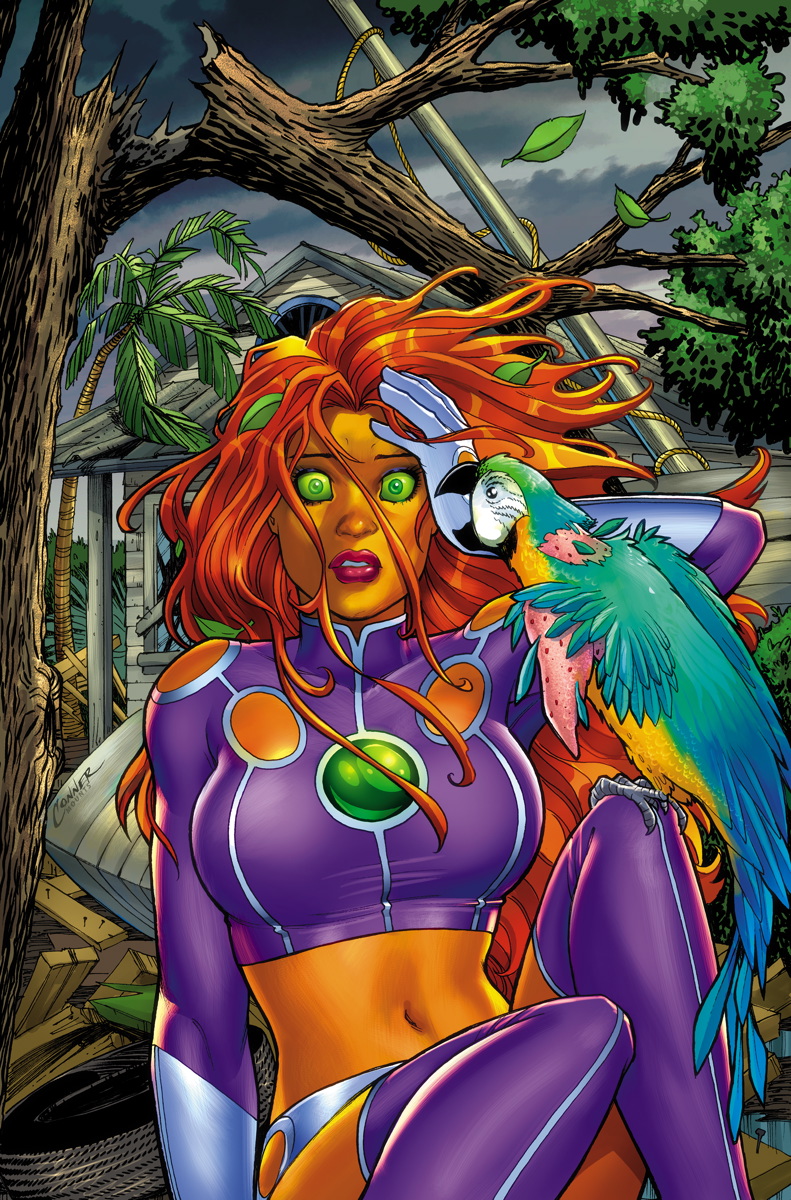 Where do you go when you just want to blend in, but you’re a seven foot tall, orange-skinned woman? Key West, of course! Follow the new adventures of Princess Koriand’r of Tamaran as she makes new friends and adapts to life on earth among some of the most eclectic people you can imagine.

“This comic is a breath of fresh air. Starfire is a fun comic with clever writing, great art and a strong female lead. These characters are engaging and entertaining, and … it deserves every bit of praise heaped upon it.” 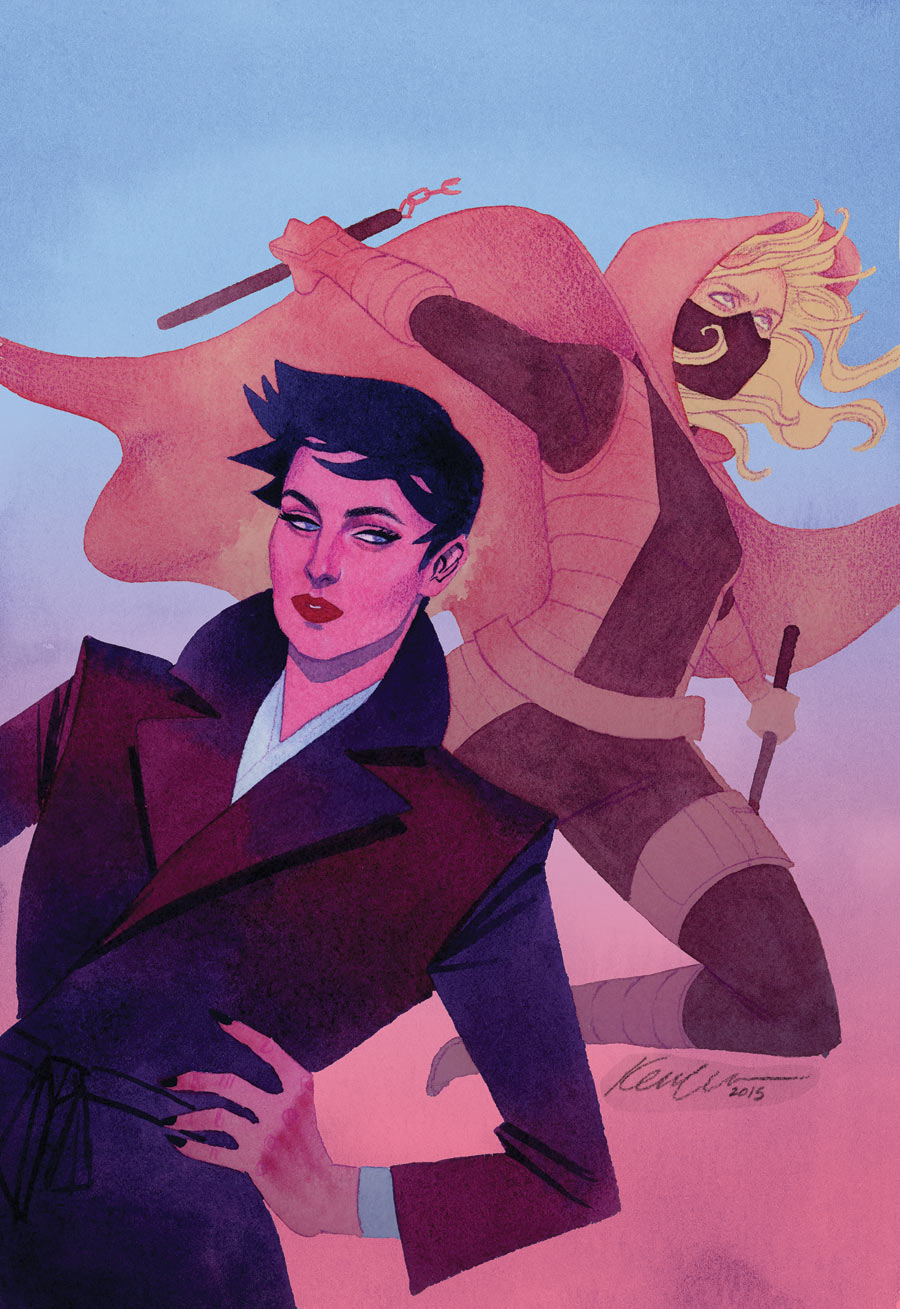 Catwoman didn’t know her father was one of the biggest mafia bosses in Gotham City. Now having inherited the crown, Selina must balance allegiances and warring factions among the top families in order to keep the city from descending into chaos — all while juggling a new girlfriend who likes to dress up as Catwoman and an insistent protege in the form of the Spoiler! 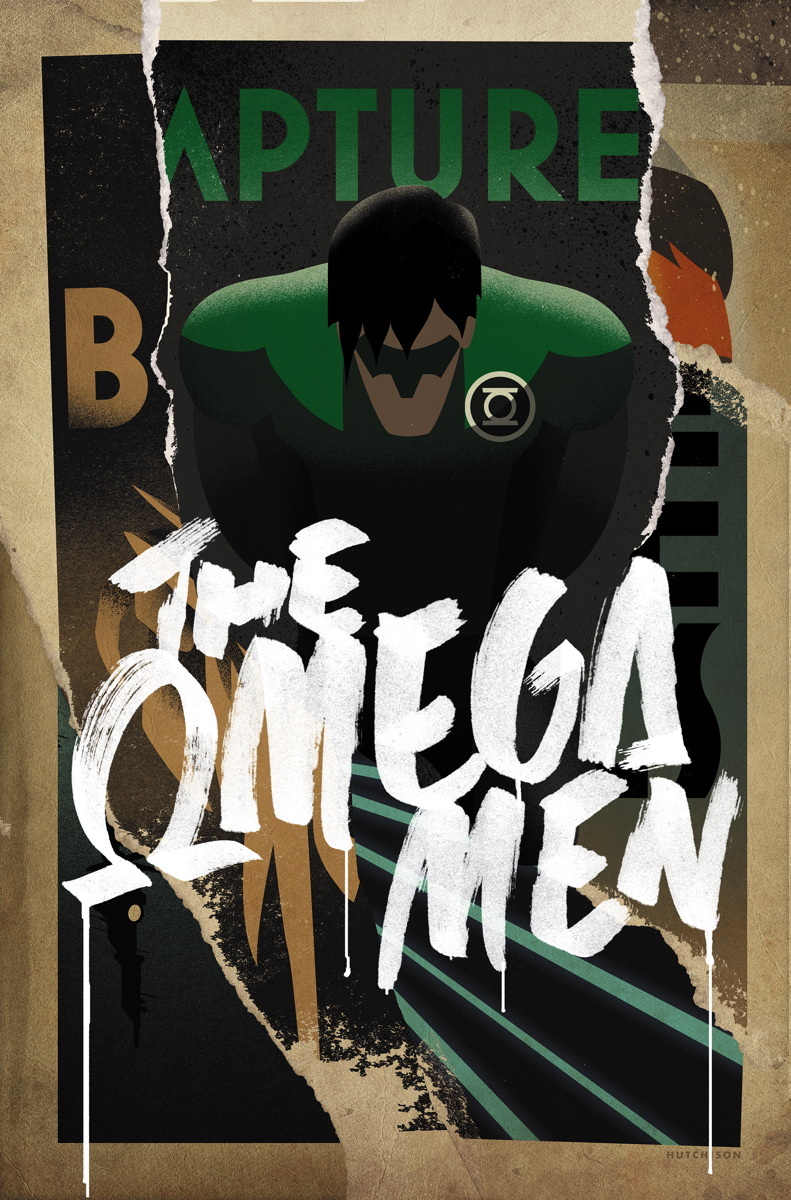 The Citadel has an iron grip on the Alpha system, and the Omega Men may be the only ones out there who can fight against the empire. But who are they? Rebels? Terrorists? Heroes? Do heroes execute Green Lanterns on live TV or kidnap heads of state?

“In the course of three and a third issues, Tom King has ramped up a world that I cannot possibly imagine putting away now — one completely off on its own, and yet still compelling for its relationship to our world and its faults.” 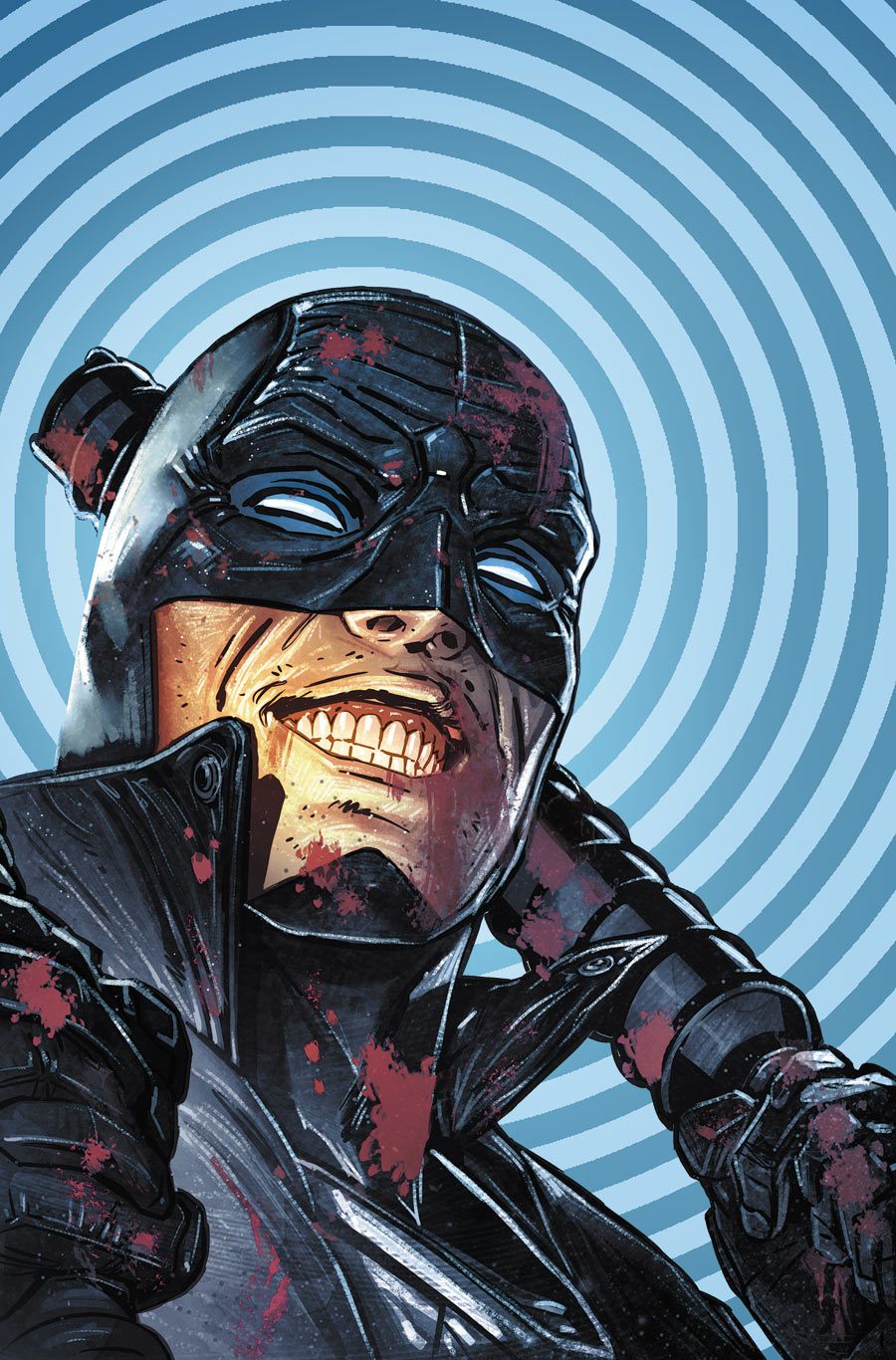 Written by Steve Orlando
Art by ACO and Steven Mooney

Midnighter takes his work very seriously. He’s damn good at it. But now that he’s out on his own sans the first man to ever love him, Midnighter is learning that not everything is as easy as ripping out spinal cords. You think your dating life is difficult… 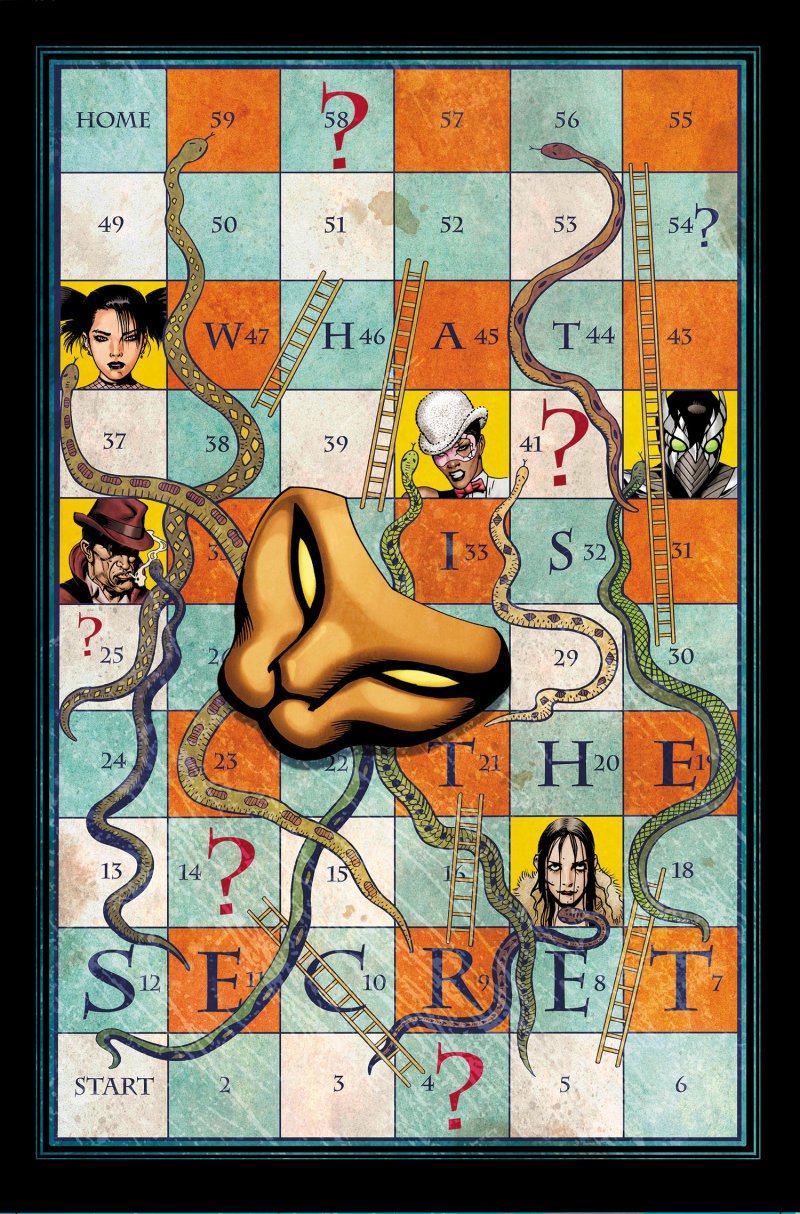 Six super-powered strangers are locked in a room-sized coffin and left at the bottom of Gotham Bay. All they are asked in return for their safety is a single question: What is the secret? Now on the run in the suburbs of Gotham, one of these strangers has a secret that strikes at the heart of the DC Universe, and you won’t believe what it is.

“The first arc on the revitalized Secret Six is winding down, but the pace and danger is climbing quickly in the other direction. Simone and Eaglesham are giving longtime fans, not just of the Six, but of the DCU as a whole, something to squeal about. If you pass this one up — trust me, you’re going to regret it.” 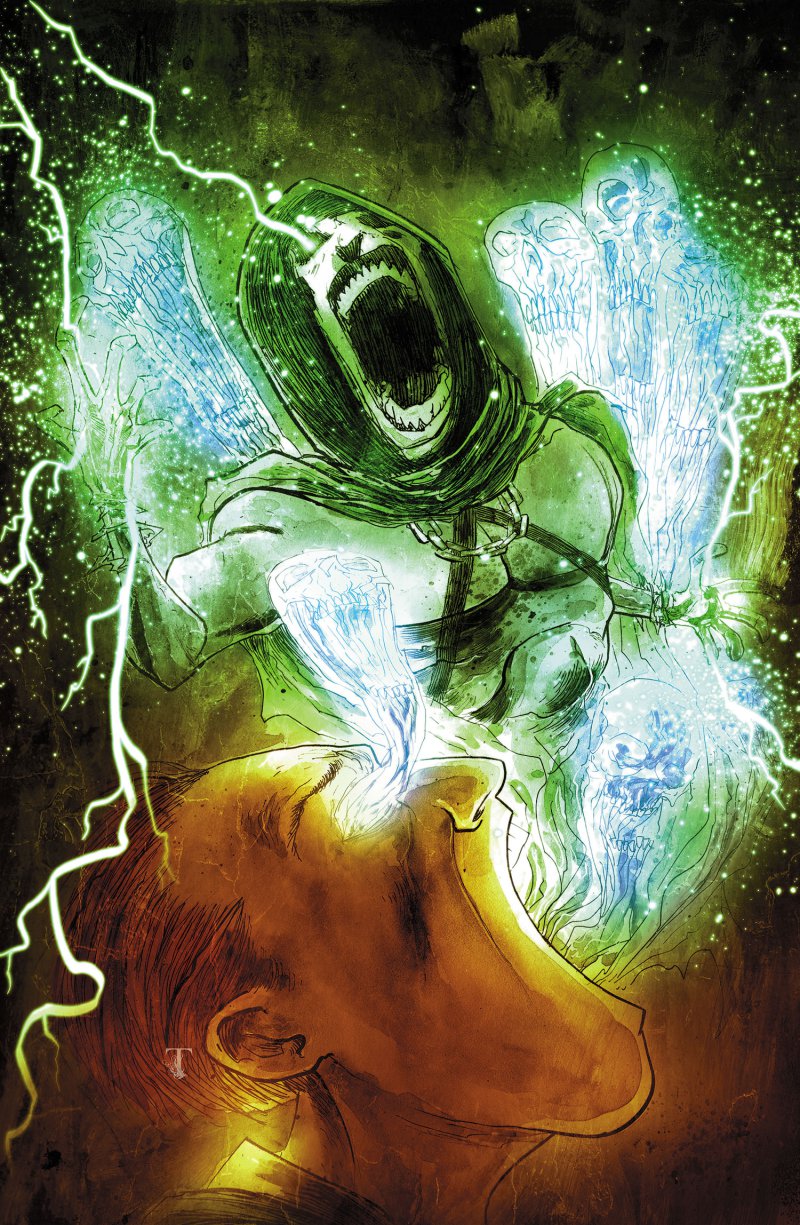 There’s a special squad in the Gotham City Police Department committed to threats that no one else understands or can handle. And leading this team of eclectic specialists is Detective Jim Corrigan, who just happens to play host to God’s Holy Vengeance, the Spectre.

“This is DC’s horror comic. This is the book where superhero comics not only step into the pool of the horror genre, but slowly work their way down into the deep end.” 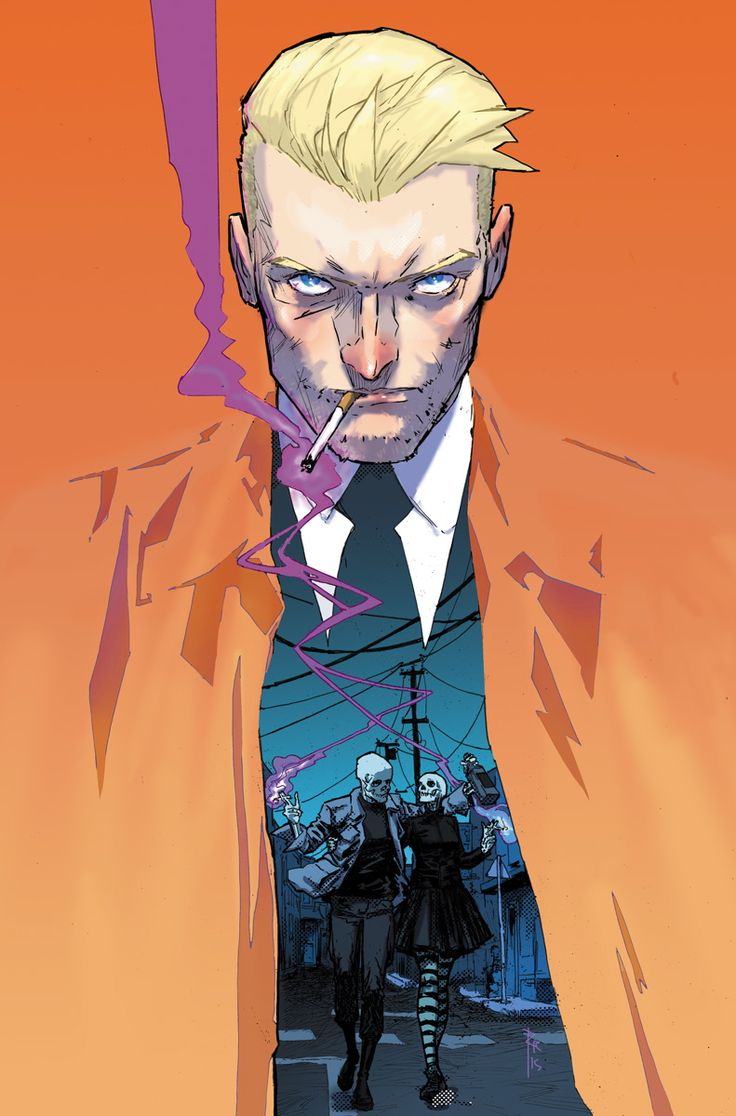 John Constantine is back as his most terrible self, out to save the world no matter who has to pay along the way — so long as it isn’t him. Women and men both swoon at his presence. He has an equal, but opposite number to deal with. And then there’s all these pesky ghosts…

“A welcome return to more adult stories set in the DC Universe, with not just sex, but sexiness throughout, Constantine: The Hellblazer instantly convinces me of what every one who encounters John comes to know: he’s a right bastard, and there’s no avoiding falling for him. Over and over and over.” 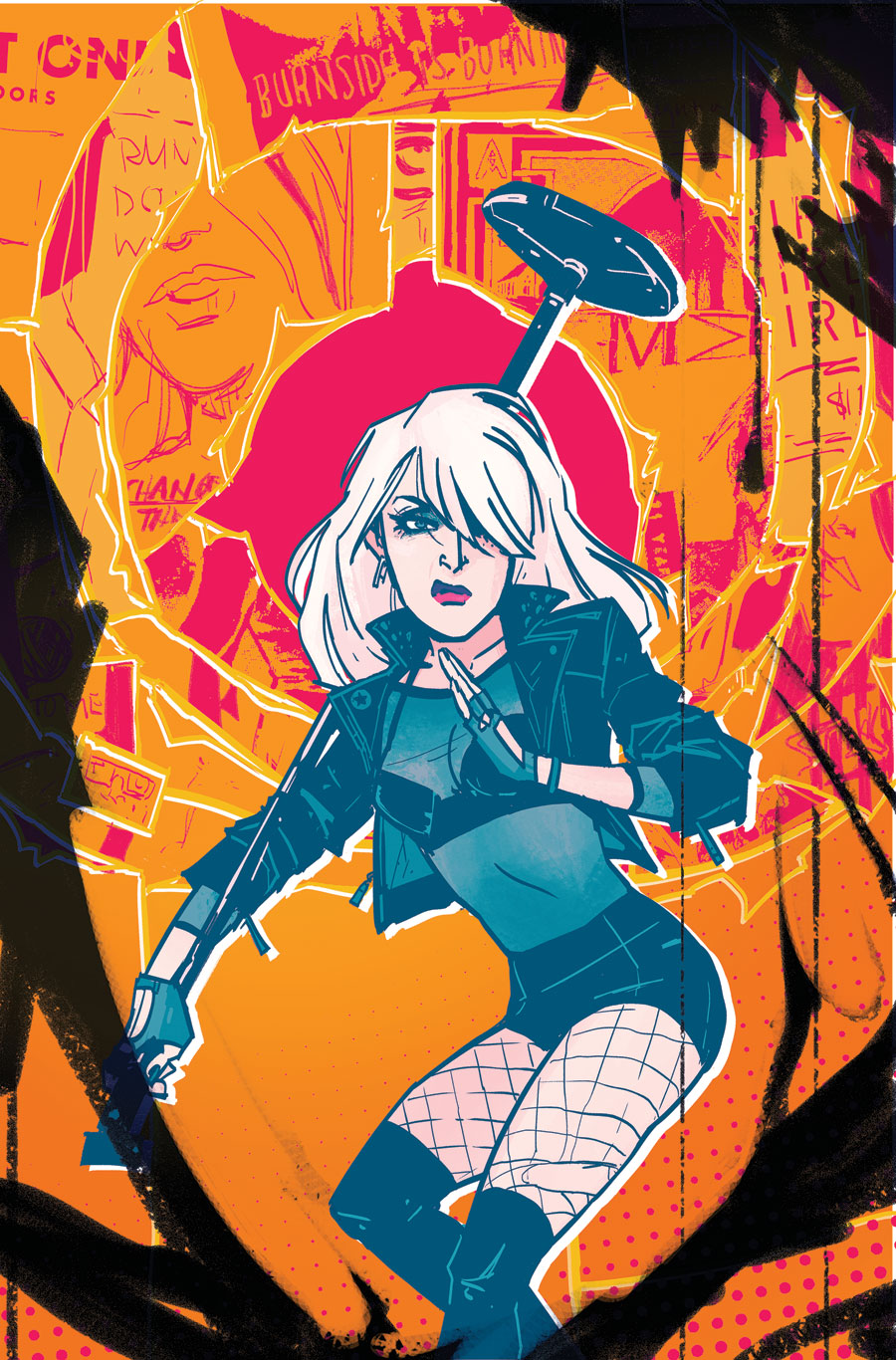 Dinah Drake thought her life was getting back on track. She inexplicably got a record deal, signed on with a new band called “Black Canary,” and hit the road to make the money she needs to rebuild her life. The only trouble is, trouble follows her everywhere, including government forces she used to work for.

“If you haven’t been reading this series, now might be a great time to pick it up, right as the plot shifts into high gear. The concept in this book is so incredibly fitting, it’s hard to imagine a world in which Dinah wasn’t the lead singer in a band, superheroing along her tour. Everything about this book works” 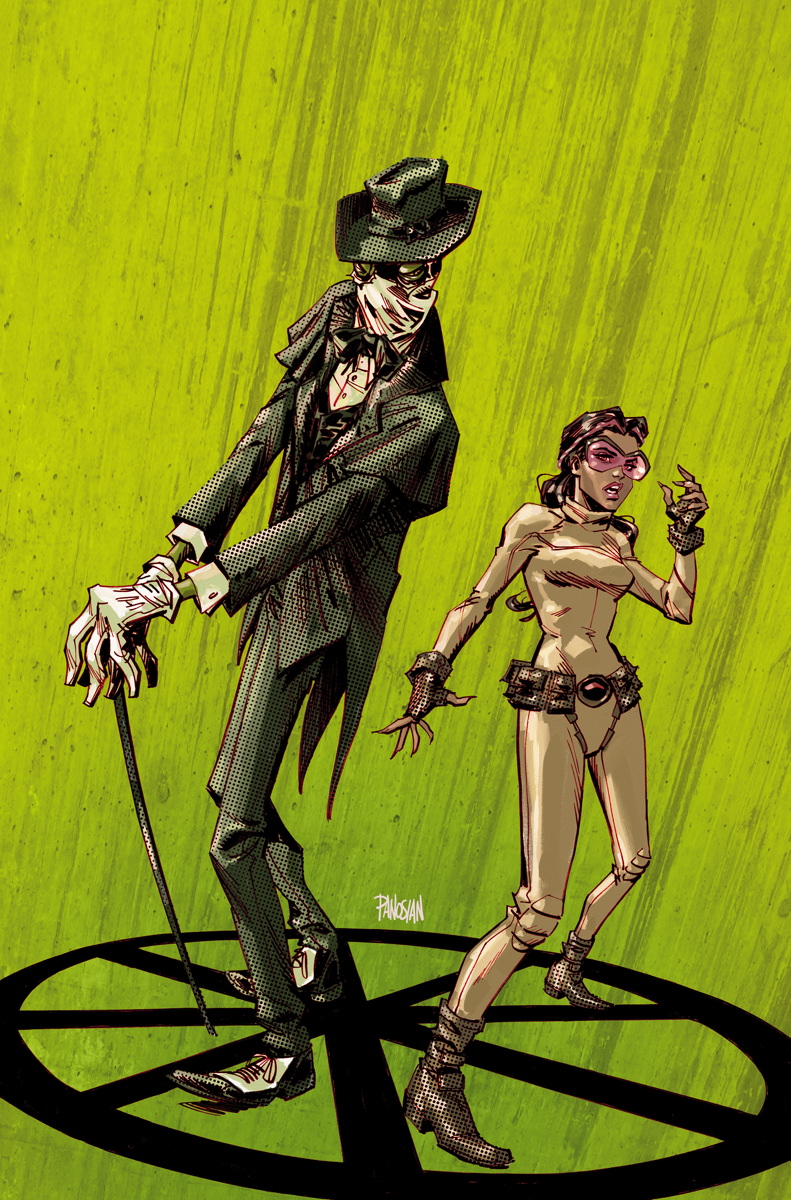 War of the Worlds, as Told Through the Twilight Zone.

Everyone knows the Martian Manhunter who left behind his dead world to be the hero of the Justice League. It’s all a lie. His world’s not dead. He was sent here as a weapon. And war is about to begin. But will the Manhunter’s own death stop it?

“Even though I’m not an avid X-Files fan, I get an X-Files vibe off of this book. That simmering sci-fi bit of kind of creepiness, with all the explosions and cape fun of a superhero comic. It’s an interesting fusion that Williams is crafting.” 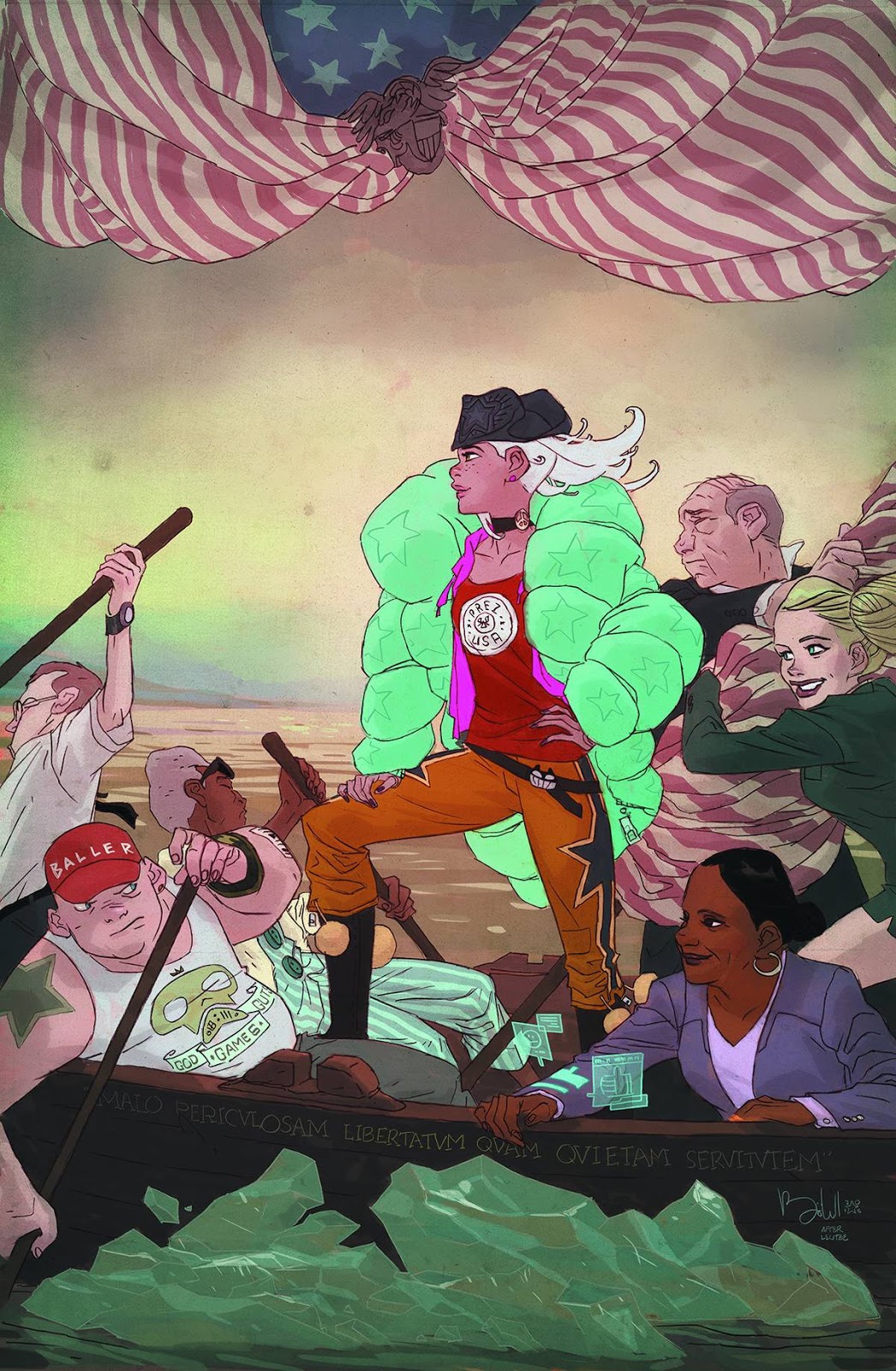 A (Not So) Futuristic Satire of American Elections.

The United States has gotten to the point where there are no longer any candidates that hold up to scrutiny, with every last one being a transparent puppet to backroom deals and big business. Enter the Corndog Girl, Beth Ross, internet sensation, and the next President of the United States. 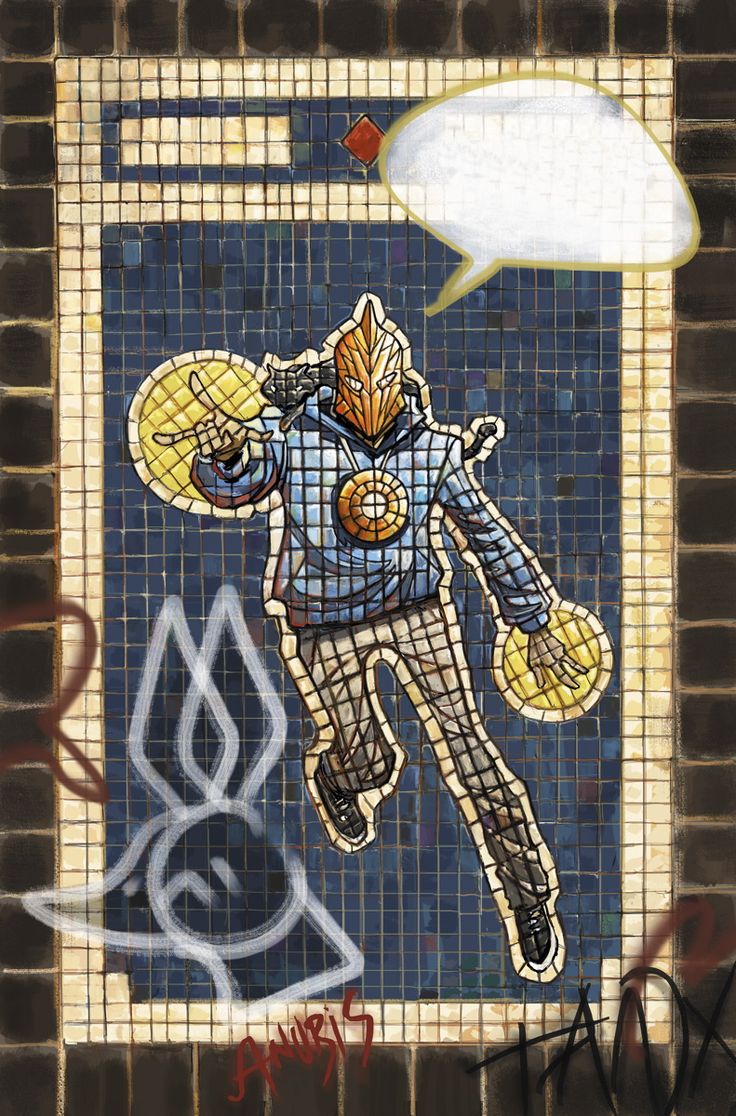 First generation American Khalid Nelson is starting medical school tomorrow. But when a flood of historic proportions hits New York City, an ancient power needs a new host to combat its cause. The helm of Fate has found Khalid. Will he accept?