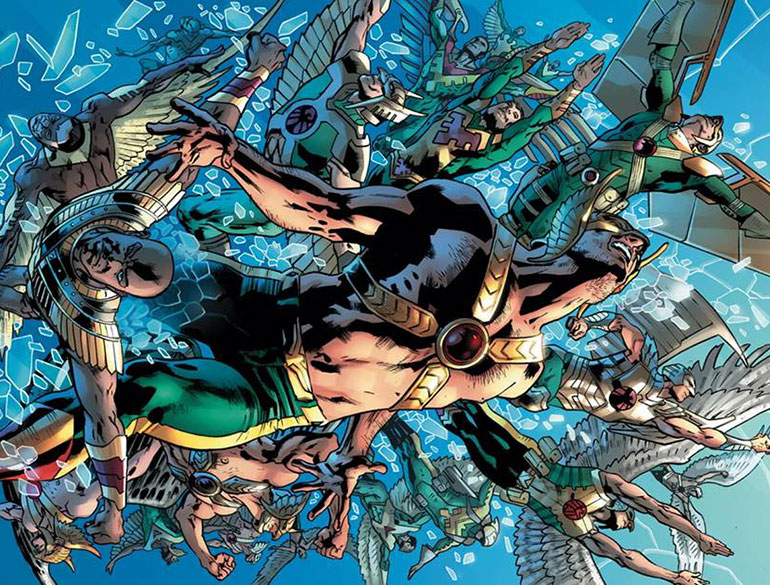 2018 was not an easy year for seemingly anybody. But a few books and creators shined amid the ruins. Here at Comicosity, we wanted to take another look at the year that was, first in original graphic novels, then in comic books, and now in creators that took their craft to another level. Writers, illustrators, colorists, and a letterer fill out our big ten list of what blew our mind and left us wanting more! 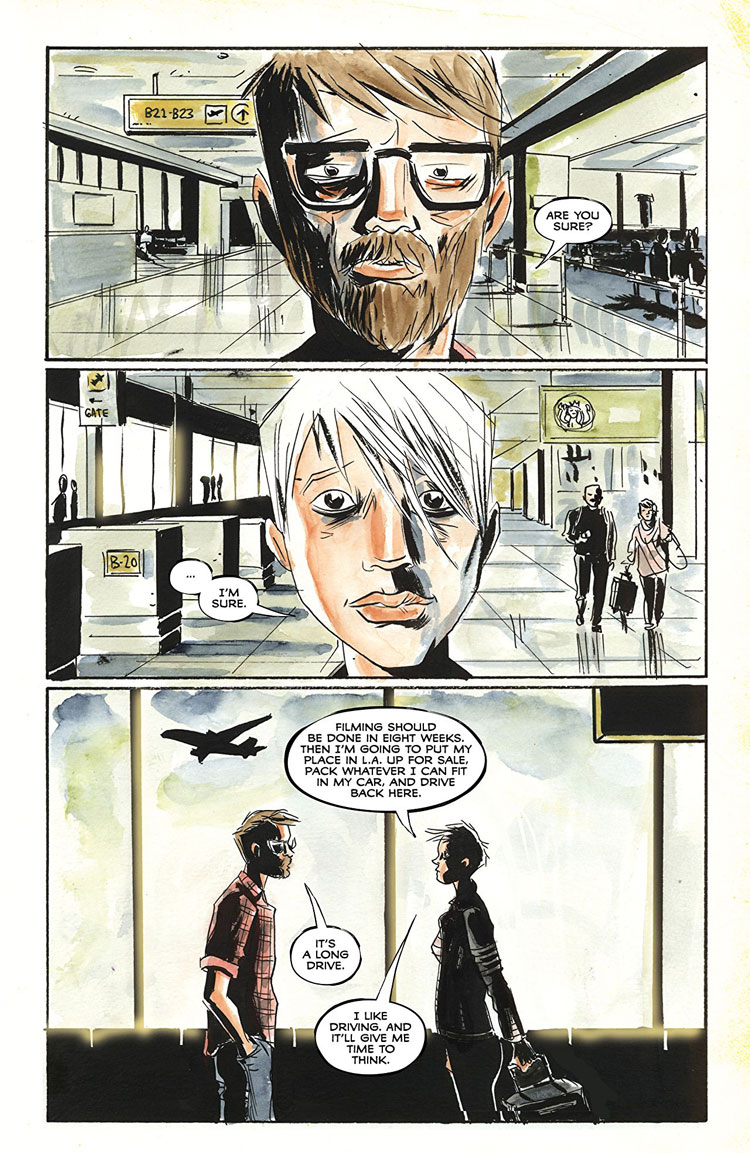 Gideon Falls launched, Descender starts its evolution into Ascender, The Terrifics were fantastic, and Royal City came to a too-soon ending. And that’s only a selection of the writing Jeff Lemire put on comic shelves this year. One of the most prolific writers at present, Lemire manages to not fall into a pattern. So yes, from the streets of small town Canada to a robot battle at the edge of time and space, Jeff Lemire writes a lot of comics. A lot. But he draws very rarely. So when he does, it’s more than a treat, it’s a treasure. Capturing the feel of his early graphic novels, Royal City tells the story of a family broken by an old tragedy, the death of their youngest member. Each member of the family struggles to find their way in the world, forever wondering how life could have been. The series ended at #14 with Lemire saying it was planned for longer, but this felt like the end.

It should also be noted that Jeff Lemire was one of the first — and most articulate — creators previously unaffected by an intense year of harassment in the comics community who used his privilege to stand up and say, “ENOUGH.” He has our intense respect for speaking out, and always will. 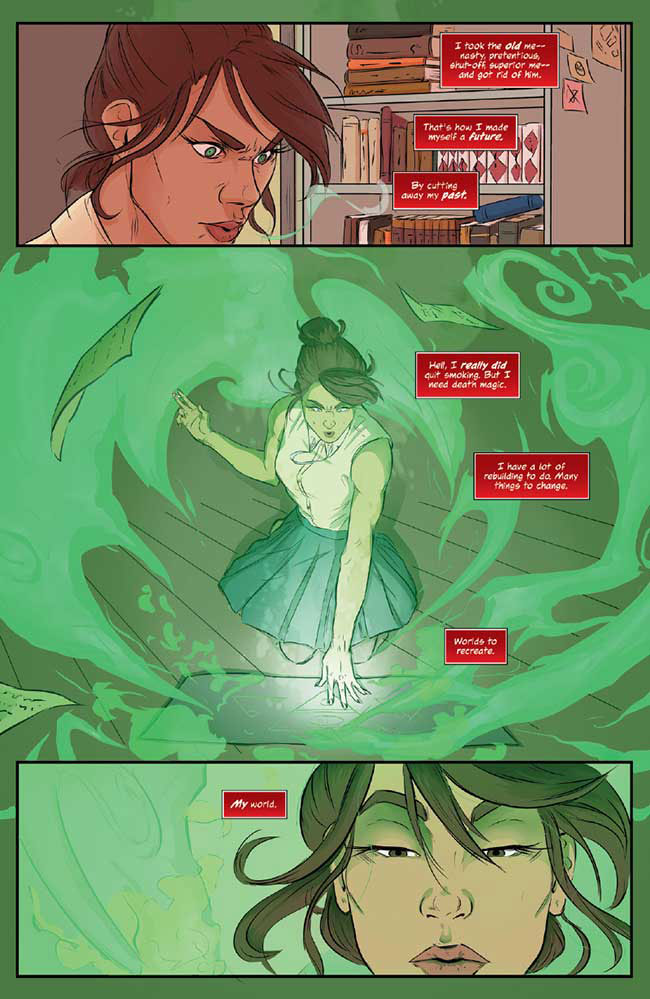 Talk about going from 0 to 60 in a year. Magdalene Visaggio has boomed into DC and Marvel with Eternity Girl and Dazzler (not to mention Superman and Wonder Woman short stories), as well as continued her amazing streak of creator-owned work with Kim & Kim and Sex Death Revolution — with only more to come in 2019! Her aesthetic is unique, equal parts irreverent and respectful, and hits the heart and head hard at every turn. 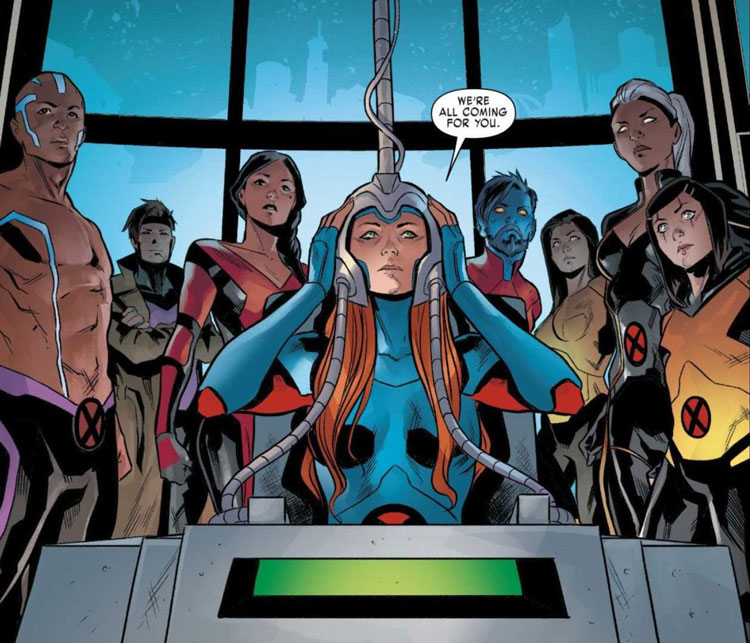 Tom Taylor takes the cake for one of the best writers of 2018. All-New Wolverine broke new ground with both Laura the Wolverine and the All-New Honey Badger, and he took a few nice victory laps following its conclusion with X-Men Red, a snappy Detective Chimp story, a stunning Batman Annual, and a whole bunch of other stuff. Giving him the webshooters and queueing him up for Friendly Neighborhood Spider-Man easily makes that the book from Taylor we’re most looking forward to. 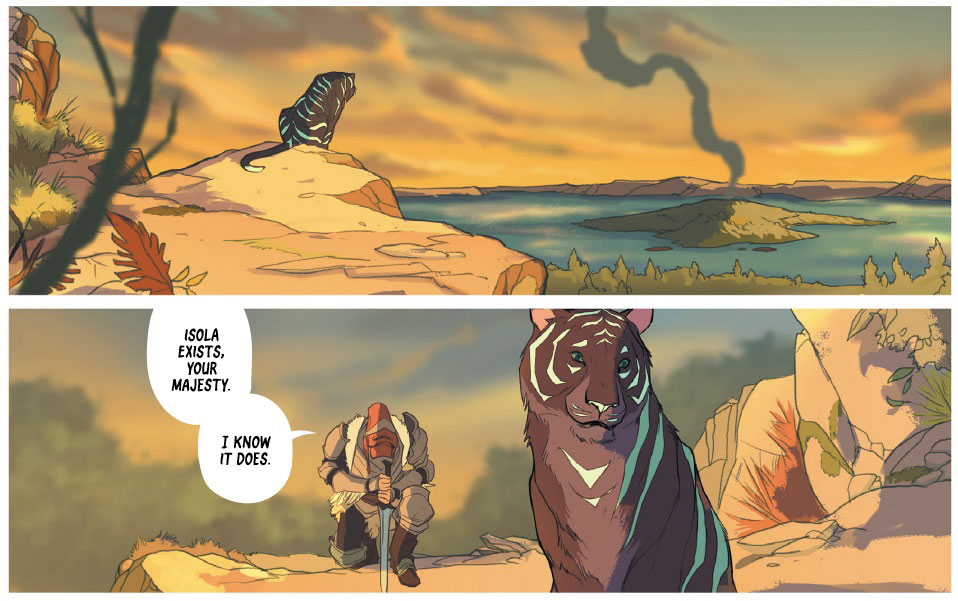 Just look at the goddamn comic. The pages in Isola are electric and every single panel solidifies colorist MsassyK as an artistic force to be reckoned with. If you loved her work on Gotham Academy, you’ve seen great, but Isola is where MsassyK’s craft takes off into the stratosphere. 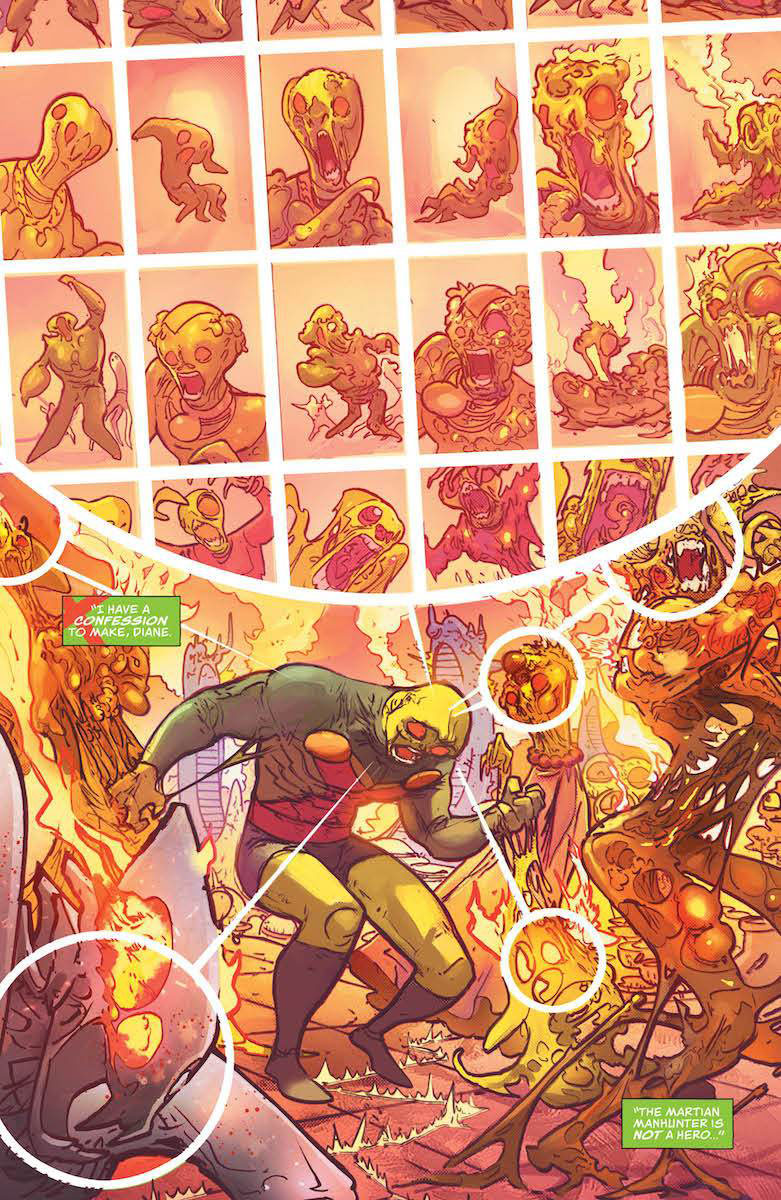 Martian Manhunter was a late, incredible entry into the Best of 2018, having arrived in December’s pulls — but Steve Orlando has been delivering on ingenuity and diversity in style and subject all year round. From a diverse Justice League of America to his introduction of Firebrand in The Unexpected, the writer crafted the DC Universe into a more interesting place. His short run on Wonder Woman was a much needed breath of fresh air after a terrible, terrible year, and the arrival of Electric Warriors once again showed off the breadth of Orlando’s intense imagination and scope. And Crude took a dark turn that felt so meaningful in a year that needed a bit of that introspection. All in all, Orlando proved once again that he’s the man to weave brand new worlds out of the bits of fuzz and string left behind by those that have come before. 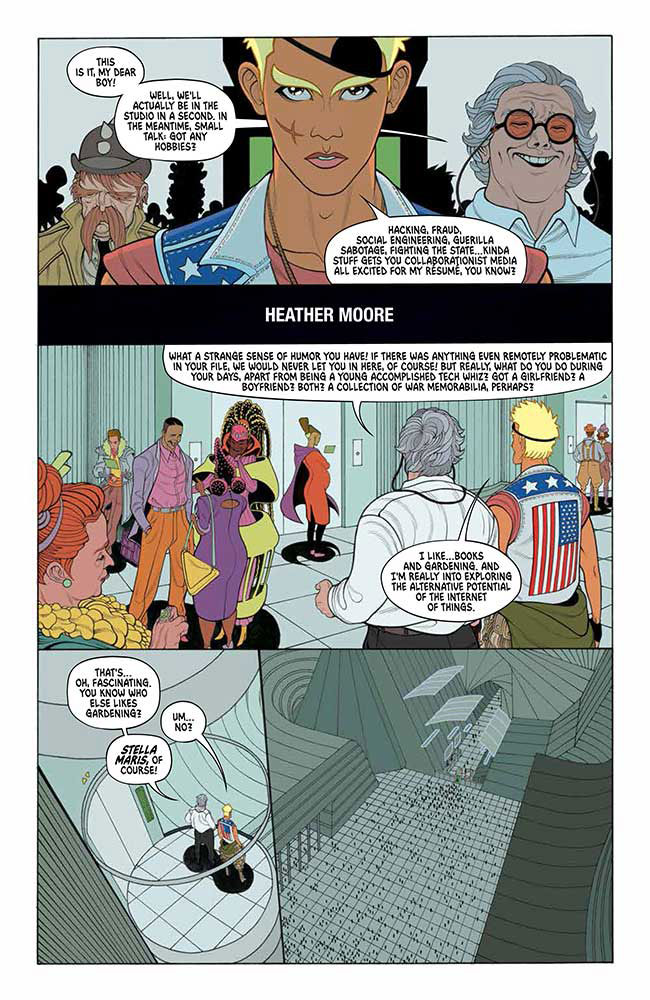 One of the most eye-popping comics of the year was The New World. A lot of that was due to Tradd Moore’s art, which has been getting exponentially more visceral and dynamic for years, but color artist Heather Moore elevates that art to a candy-coated wonderland you’ll want to gape at forever. Whether coloring a drug-fueled dance floor, a smorgasbord with the President, or a nuclear wasteland, Moore’s colors push the story forward while making you want to linger on the page. We want to eat these pages. 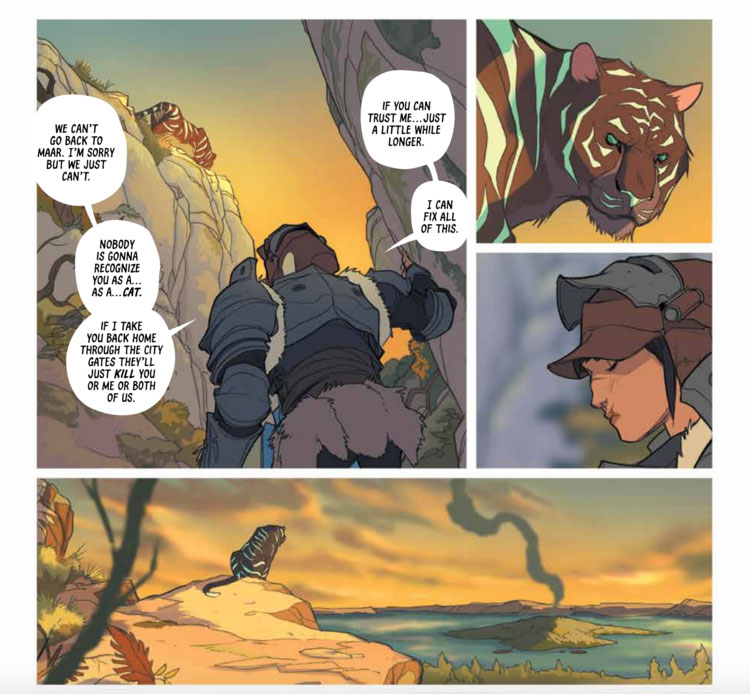 There was a common element when we looked at comics that featured lettering that engaged the eyes. That common element was Aditya Bidikar. In book after book, Bidikar delivered more than just an unobscured narrative. The letterer enhanced the experience in panel after panel, from Isola and Motor Crush to Kid Lobotomy and Punks Not Dead.

Sure, Nancy is not a traditional comic, while also being the quintessential traditional comic. That’s the kind of thinking 2018 has begun to put to rest. In an era where the best selling comic books are at Target and sell in the multi-million print runs, Olivia Jaimes has taken on our girl Nancy and given her an entirely new life. And the excitement of her arrival has cascaded across the comics community in a way unexpected and beyond exciting. 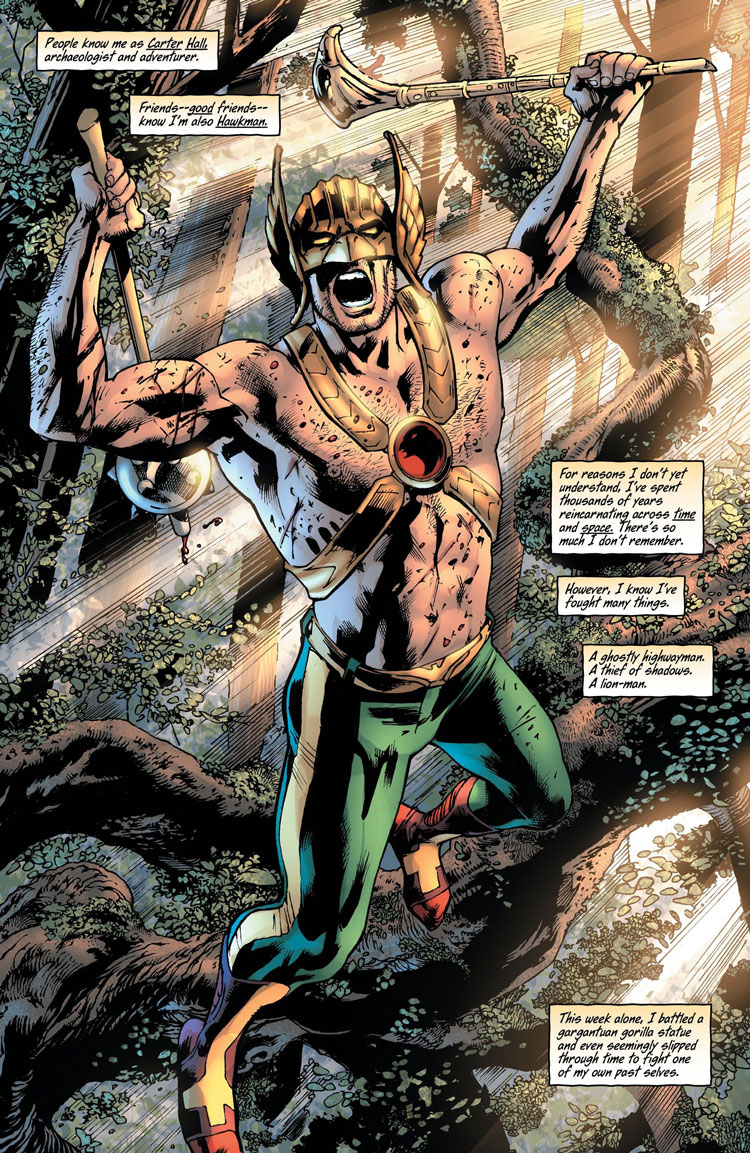 Hitch never fails to deliver on Hawkman. Writer Robert Venditti and Hitch opened it up with a giant monolithic gorilla and it’s just been a blast since. So, years after The Ultimates and The Authority, Hitch is still proving that he’s at the top of his game, still delivering intricate details, amazing action, and wooooooofy, shirtless Carter Hall. 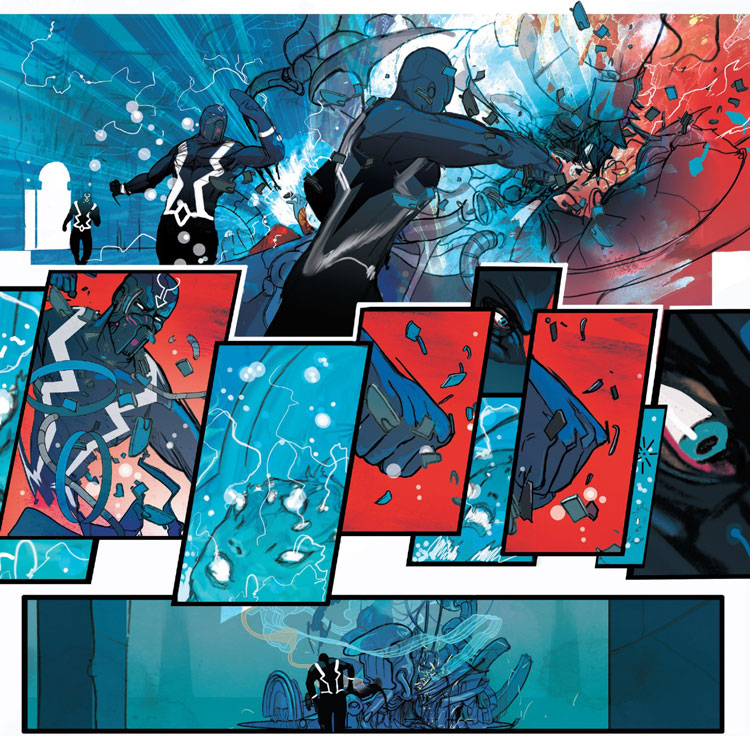 2018 was a year where a great many artists blew our minds… Stjepan Sejic, Faith Erin Hicks, Karl Kerschl, Tony Cliff, Chad Sell, and one artist who took the Midnight King and many others to levels never seen before: Christian Ward. Ward’s artwork is a sight to behold and he never faltered throughout 2018, neither on Black Bolt nor Thor. The lyrical expanse of Ward’s design work captured our imaginations in a way that so few Marvel comics have in years. More of this in 2019, please!