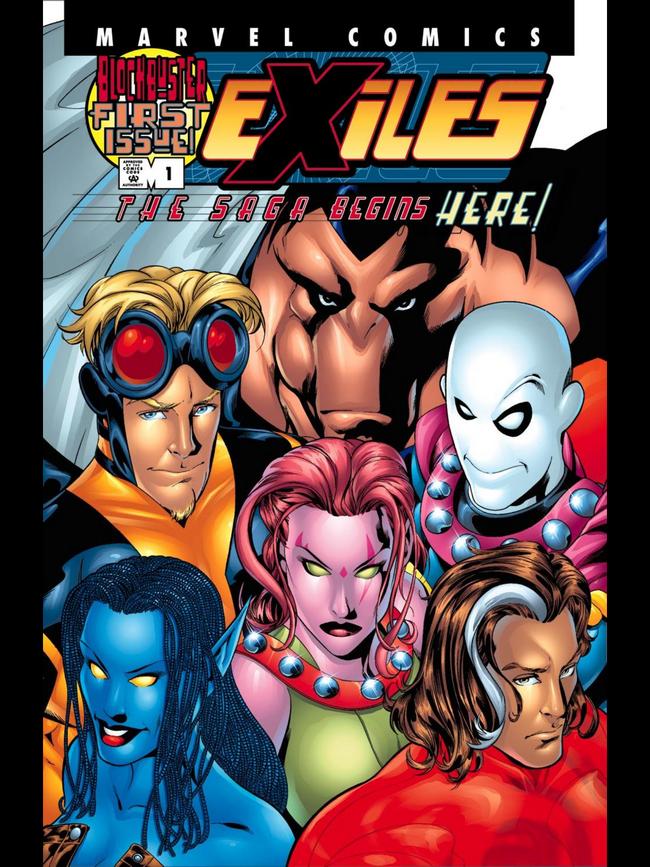 On the docket this week: Exiles #1-4 *Warning, there be spoilers ahead*

Multiverses, multiverses, everywhere the multiverses! With Convergence and Hickmania/Secret Wars taking over the Big Two for the moment, and with Multiversity ripping through the industry, one might say we’re in a bit of a multiverse overload. But, as shown by Exiles, multiverses are not new at all, and they’ve always been entertaining.

The core of Exiles is a bunch of B-list or C-list X-Men have been thrown together to repair faults in the timestream that threaten to destroy everything. Y’know how in every movie/show where time travel is a plot thread there is some little ripple that causes the butterfly effect that nukes everything? This crew has been gathered to right those wrongs. It’s an interesting angle, and Winick and McKone have a crew that has some chemistry, but with all the time travel/multiverse hopping books that are currently on my radar, I wasn’t completely blown away. It wasn’t bad, don’t get me wrong, but I wasn’t floored by any part of Exiles. It wasn’t bad, I wasn’t bored, but I also wasn’t fist pumping or clamoring for the next issue, either. There are some subtle twists/plays on some well known characters that bring some spice into this series, like Nightcrawler’s daughter TJ and Warpath being jacked up as a Horseman of Apocalypse, but there weren’t any characters I completely fell in love with (though I did like Nocturne best). I know Blink is a favourite of John Ernenputsch, who chose this arc for me to read, and I can see potential in this character as a leader with a lot of heart, but I wasn’t grabbed in these four issues. A lot of Winick’s dialogue was a little too on-the-nose for me, which probably didn’t help. Morph was like Deadpool at his most manic and annoying, and with Mimic it felt like he was, as the character suggests, trying to fill too many roles at once. In this story it felt like Mimic was attempting to fill the typical roles of about 10 different X-Men and it just didn’t fully work for me. 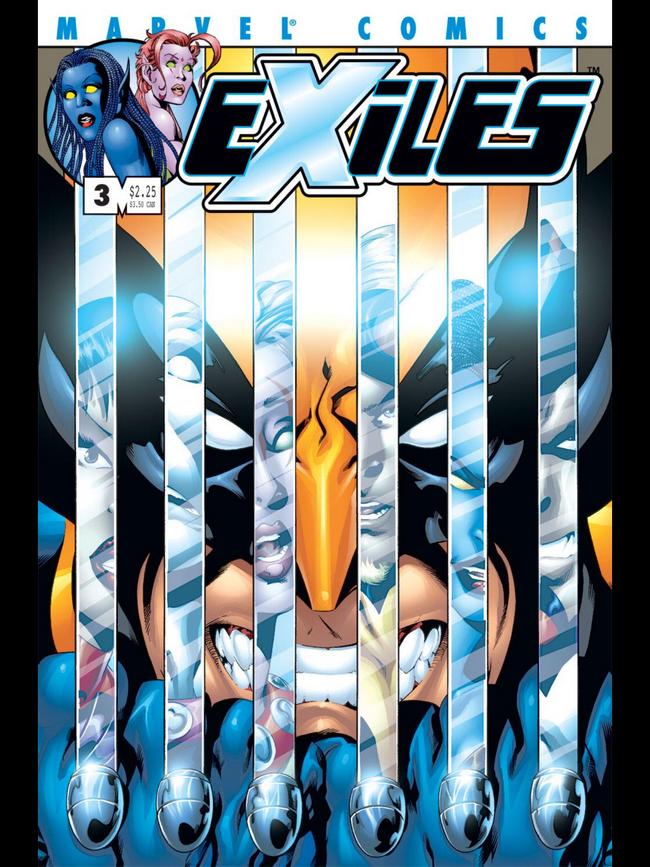 Mike McKone’s pencils are pretty standard fare for early 2000s superhero books, with all the men and women appropriately jacked up in all the “right” places. His female characters border on what I feel is exploitative at times, especially where costumes are concerned, and I rolled my eyes more than once. On the flip side of that, his pencils are highly detailed and there are times where these same women are strong and kick a lot of ass. Their strength bleeds from his images and it is obvious they are not to be trifled with. There’s an odd dichotomy to the artwork in that way, and in the end it is pretty straightforward superhero fare.

It probably sounds like I’m being rough on Exiles, but it wasn’t a bad read. My reaction is probably a product of the amount of multiverse/time travel stories I’ve been reading over the past year+, I will admit that. There’s some interesting elements in here, and this is probably the start of what could be a good run, but I wasn’t blown away, either. It’s a middle of the road arc for me that puts The Draco to shame, that’s for sure, and if you are digging multiverses and can’t get enough, check out the X-Men version and see what you think of it.

Special thanks to John Ernenputsch for helping to curate this adventure.
More information on Marvel Unlimited can be found here:http://marvel.com/comics/unlimited