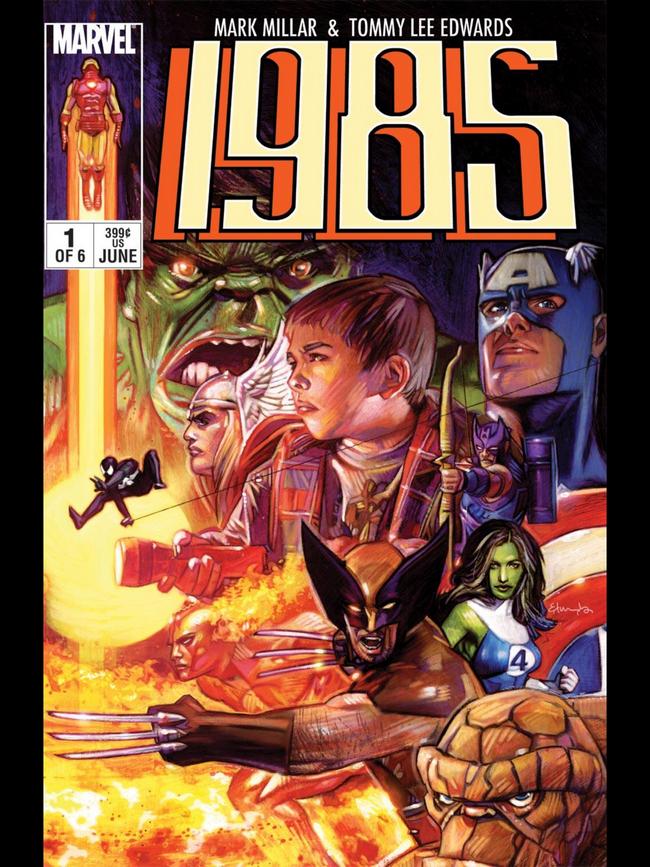 On the docket this week: Marvel 1985 *Warning, there be spoilers ahead*

Well this is just some crazy fun. Galactus in the “real” world getting ready to eat everything? Deal. I’m in. Sold.

Mark Millar and Tommy Lee Edwards go pretty wild with this one, opening a portal between the comic book world and the “real” world and letting villains galore spill through it. We see what goes down through the eyes of Toby, a spirited kid who, like all of us, digs the comic book. When the villains of the world start showing up in his sleepy little town, things get pretty interesting, and Tommy Lee Edwards brings some really nice action into the book when Toby stumbles across the villains. Millar writes the villains well, their unique voices handled quite nicely, and the team-up of father and son is heartwarming in this one.

I’ve never read a Millar book like this at all, and I like the concept. The concept is really what sells the book, as the story moves in a somewhat linear fashion, but that doesn’t mean it is bad at all. The hook is unique enough to make it fun and Edwards throws down some fantastic art to keep your eyes happy while the story flies by. What impressed me a lot about Edwards’ work was how he was able to change his style to represent the “real” world and the comic book world. His colour work is excellent and both worlds are penciled very nicely. He and Millar were obviously on the same page with this story, as the pacing is fantastic and every beat hits at just the right time. 1985 was a great year for them to choose to set this story in because it gives the book a classic feel, like it is hearkening back to a really fun time period where imaginations ran wild and something this zany could be possible. The wonder of the events that is occurring is captured really well by this team and this story really feels timeless. 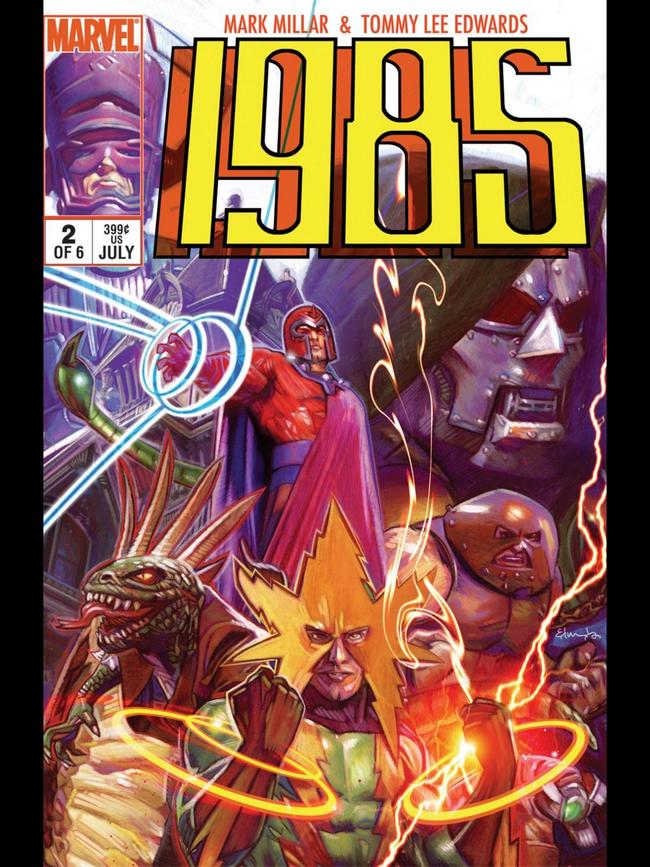 The dialogue is well crafted and Millar does a great job of letting Edwards’ work do the talking when it needs to. Millar also chooses the villains of the story well, letting it organically build to the point where when Galactus shows up, there has been a natural progression to the big guy. It’s not like issue #2, pg. 3 we’ve got a planet eater roaming about, which is a good thing. When the real heavy hitters show up, the story has built nicely to that point and this reads very well in a single sitting.

I quite enjoyed 1985, and this is one of those kinds of stories that I’m considering a gem in my journey through Marvel Unlimited. I’m finding that diving into singular arcs in sprawling ongoings isn’t as satisfying as these books that are just set in their own little sphere, which isn’t what expected but doesn’t overly surprise me. Give 1985 a look, even if Millar’s work isn’t typically something you click with – it’s worth the time.

Next up: Something wild and crazy!