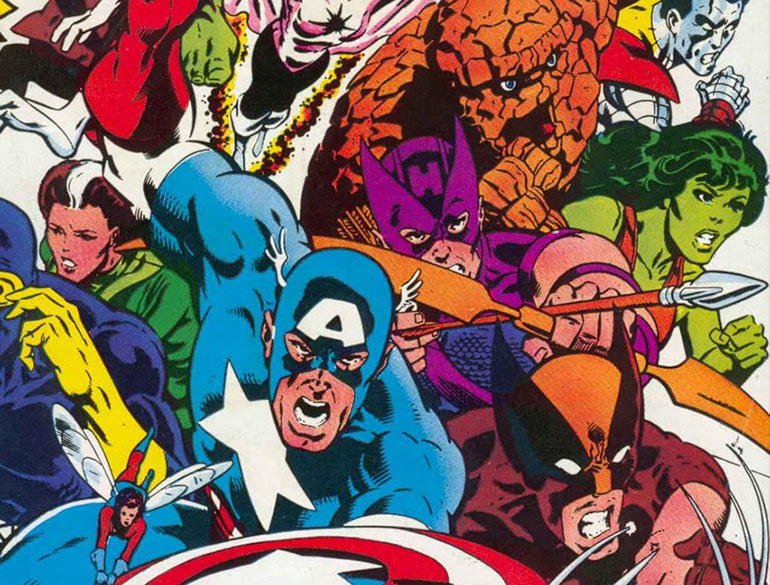 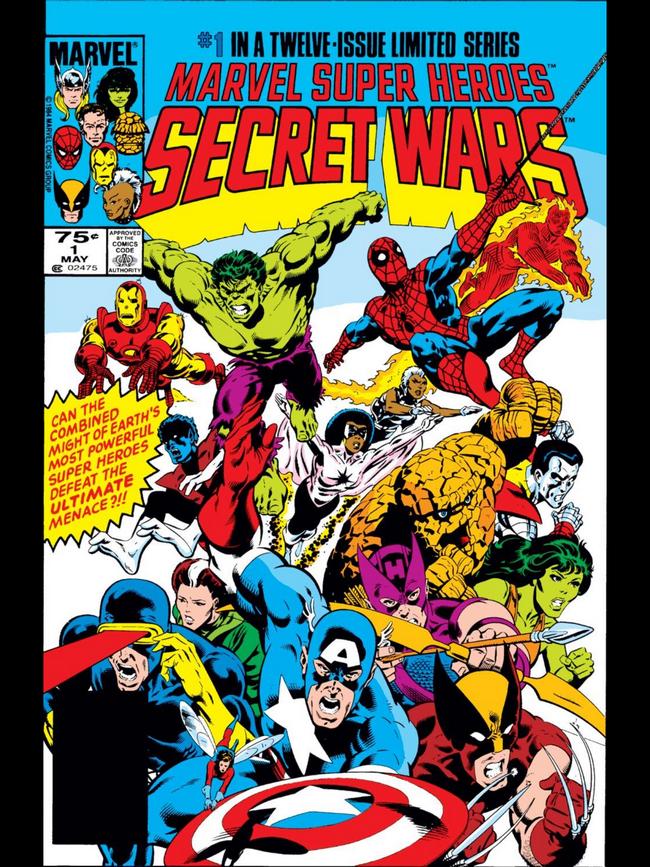 On the docket this week: SECRET WARS *Warning, there be spoilers ahead*

I hear there’s a new Secret Wars or something? Maybe a good time to take a look at the original for the first time?

So. This was something.

Secret Wars is a dense chew, and having not read many comics from the 80s, it was almost a shock to the system to take this all in. There is an overwhelming amount of text, Jim Shooter….he likes the words. Random character speeches ramble on at length, and while I am an admitted Doom fan…this is quite the take on Doom if you’re used to the Hickman take. I can see the appeal of this story in the 80s, as a mashup of all these random characters must have been a riot for the times. Avengers + X-Men + villains + Galactus throwing down on a random world, winner gets to go home? That’s just the right amount of silly fun…and, for the most part, Secret Wars is silly fun.

Based on the comics of today, it’s hard to take this one seriously, for lack of a better term. These characters have each come a long way since this point, and gone through several reboots each to the point where their personalities are almost unrecognizable. The cores are the same, so this does feel timeless in a sense, but any context of who these characters were at this period of time was lost for me. Reading the original did make me appreciate why some of the players in the current Secret Wars are at all relevant, like Molecule Man and the central pieces of Reed Richards and Doctor Doom, but I will admit that I hope the pace of the current series moves at a speed faster than this original.

Shooter’s script circles on itself about 16 times in 12 issues, with the bad guys and the good guys walloping on each other, licking their wounds, talking to themselves, and then walloping on each other all over again. In a way, I grew to like this and I found it somewhat entertaining by the end, how cyclical it all was. Like when I read Infinity Gauntlet, the overarching concept of Secret Wars was fun, and had I been in my comics reading prime in 84, I’m sure this would have been my jam.

In this particular case, I’m going to forgo discussing a lot of the characters individually, because it’s hard to compare these characters to those of today. I’m not sure I was crazy about any of the interpretations, primarily because of the writing style at the time. Steve Rogers is still heroic, Magneto arrogant, Doom…egomaniacal. Galactus may have been my favourite interpretation as his immense power was there as a shadow most of the time. Titania was good for some laughs, and Xavier was certainly different than typical. 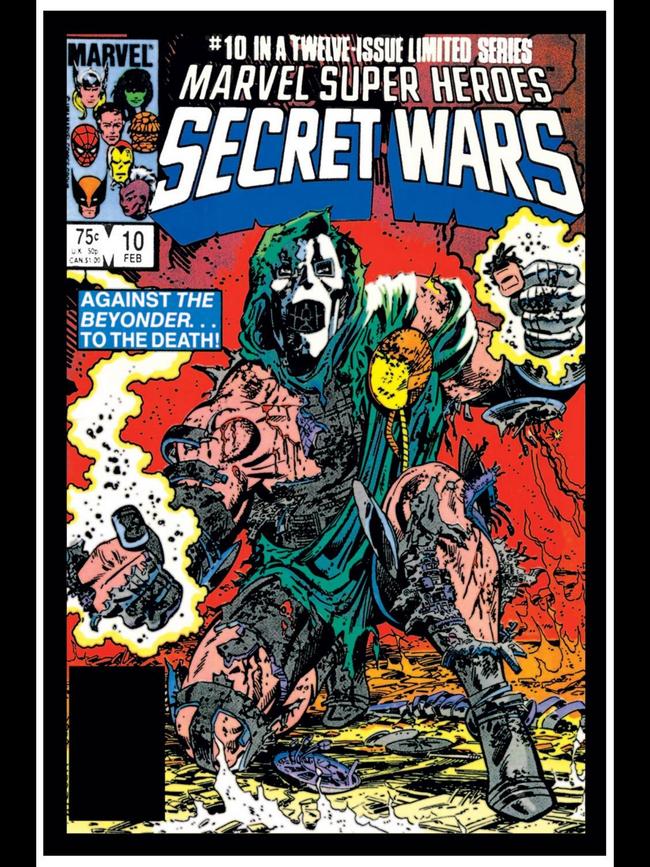 Mike Zeck and Bob Layton trade turns on art duty and their styles mesh very well. Subtle differences are noticeable when reading the issues one after another, but with a month delay between the issues I’m guessing readers were cool with the swaps at the time. Both have a very “classic” style. These are iconic interpretations of these characters and these covers are well known to damn near everyone no matter how long they’ve been reading comics. I found I appreciated the artwork quite a lot at different points in these twelve issues, and both artists worked best when they had a mad number of characters to go wild with.

Secret Wars was 12 issues of an intense amount of text and some enjoyable, if dated artwork…but I had some fun while reading it. It’s a big chew – there is a lot to read here, but if you’re curious to see some of Hickman’s inspiration for the current series, it’s definitely worthwhile taking a trip to Battleworld.