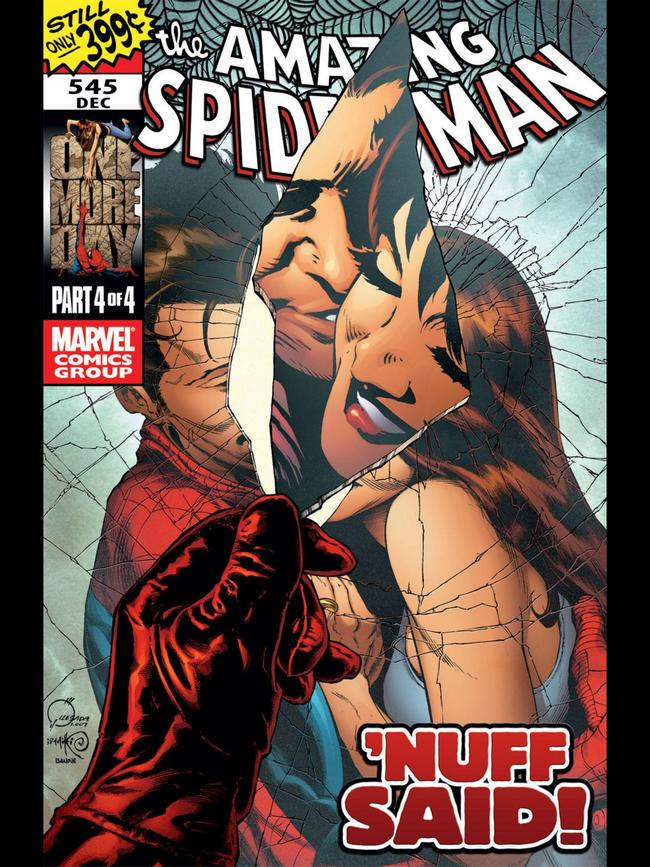 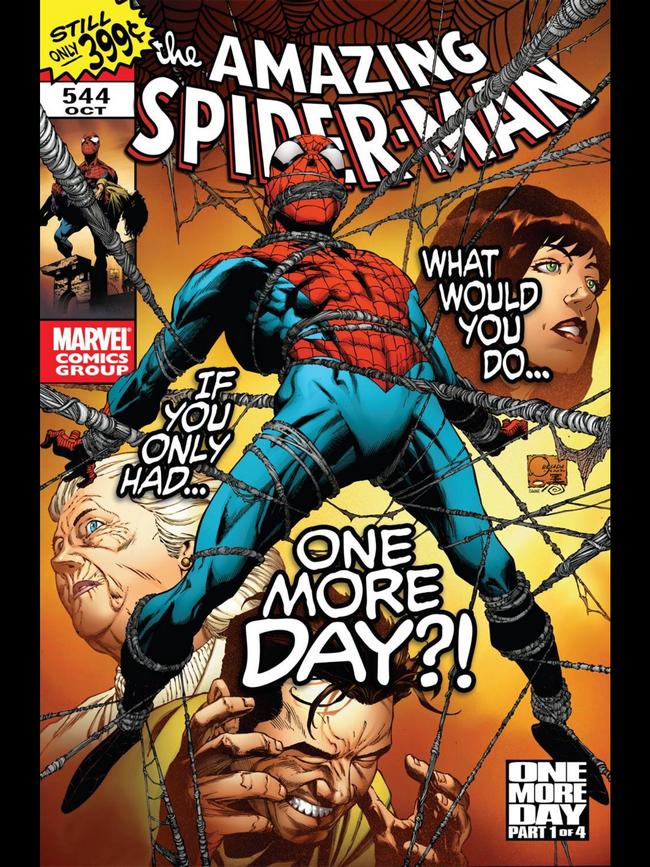 On the docket this week: Spider-Man: One More Day *Warning, there be spoilers ahead*

Well. That was something.

I’m normally not a person who gets angry while reading a comic. I’ve learned over my many years of reading that things fluctuate. That which goes away can return, or be replaced by something better. I’ve been proven wrong by so many changes I opposed that I’m really game for just about anything these days, and I genuinely mean that. Two of my favourite characters growing up, and currently, are Captain America and Thor. Steve Rogers and the Odinson have been relieved of their respective titles, but I’m loving both Captain America and Thor each month. I have an open mind to change.

As long as the change is written well and makes sense.

One More Day makes no sense.

I’m speaking in short sentences now, and short sentences is the best way to tell if Aaron is pissed. I can only think of one other comic event as contrived as this, and that is the Battle Scars mini that brought in the new Nick Fury. Like I said before, I’m fine with change…but not when it is done for seemingly no reason and very poorly. If MJ and Peter need to split up, fine…that will happen, change will occur. But splitting them up this way, using Mephisto as a weird facilitator for this break up, just felt contrived. The duo having no memory of their marriage just felt false. If they’re to split up, at least give them the memory of what was, and taunting them, and readers, with the knowledge that they’d have a daughter was really just cruel. These four issues really felt cruel to me, and to the characters. A horrible incident causing them to split up would be more believable than Mephisto making a deal like he did, and his speeches about why he’d cut the deal were absolutely awful.

I know I’m not the first person to dislike this story, and I’m sure I won’t be the last. Change can be good. Hell, change can be fantastic, but only when it is executed well. One More Day felt like a contrived means to an end that could still could have happened in so many more plausible ways.

On deck: Days of Future Past!

Special thanks to John Ernenputsch for helping to curate this adventure.
More information on Marvel Unlimited can be found here: http://marvel.com/comics/unlimited