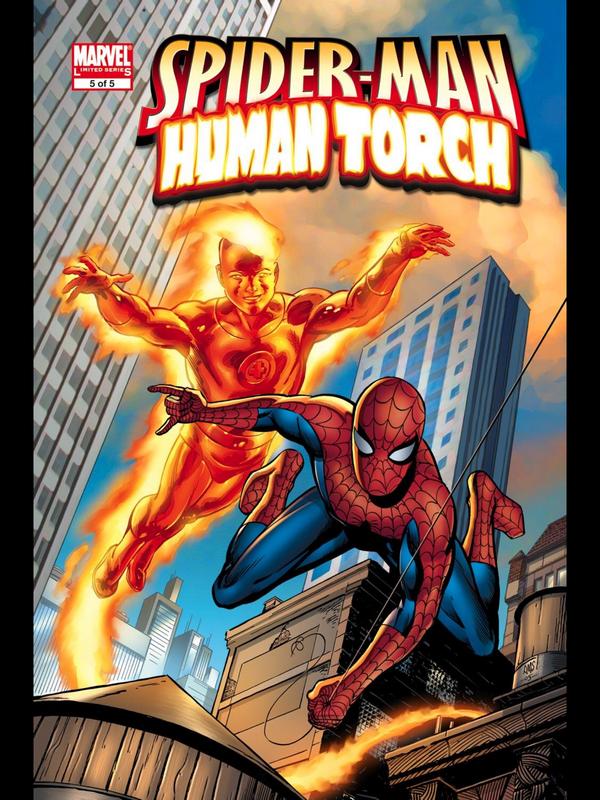 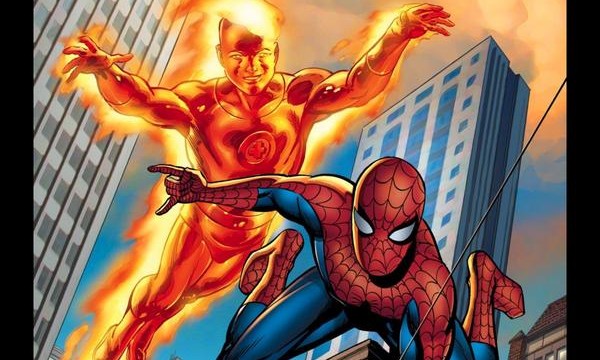 On the docket this week: Spider-Man/Human Torch *Warning, there be spoilers ahead*

Slott & Templeton’s love letter to the early days of Spider-Man and his bromance with Johnny Storm is, quite simply, a fun read. This five issue series highlights 4 different “adventures” featuring Peter & Johnny, and then the fifth issue pulls it all together in a really touching and heartfelt way. This pair of characters are like lightning in a bottle, and when you put them together sparks fly. This is early (if not the beginning) of the Slott era of Spider-Man, and it is interesting to read his early take on the character. You can hear current Spidey’s voice even in these issues from nearly 10 years ago, and as we are reading Spider-Verse on a weekly basis it was very cool to head back to some classic, less complicated days of Spider-Man. Slott’s work with the character will be spoken of for many years to come and work like this is why. Few other writers can write a love letter to a relationship and a time gone by like this series is, but Slott absolutely nails it. This is, in a way, similar to Avengers Forever in its respect of the early material of this character, but rather than going full out crazy like Busiek did with Forever, Slott breaks this down to the basics and really showcases this friendship nicely.

The look and feel that Ty Templeton’s artwork brings to the story helps with that Golden Age feeling immensely. These stories feel like they could have been written by Stan Lee and Templeton’s art brings that Ditko/Kirby feeling to life in a special way. He captures the innocence of the time while giving things a slightly modern flare, and the net effect is a good looking series that is a very well done homage. 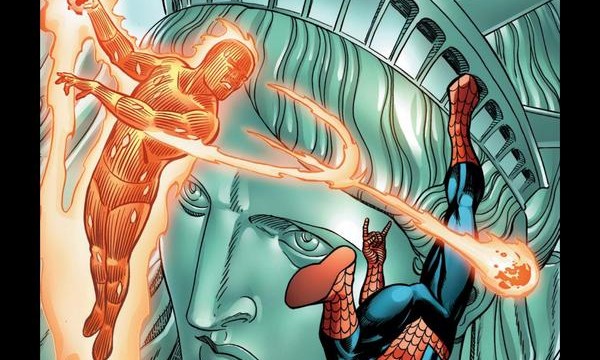 The Spider-Man/Human Torch relationship is one that has always been there. It’s a friendship that has lasted the course of several decades, and is one of those delightful constants in the Marvel Universe. This pair is simply fun to read, and as the series starts to focus on Peter becoming part of the F4 family, and Johnny interacting with the Parkers, it really becomes a heartwarming tale. To say this is a “feel good” story is an understatement, and I was blown away by how much the fifth issue of this series struck me. It’s not often in current comics that we get to see heroes in a “happy state” and issue #5 of Spider-Man/Human Torch is just pure happiness. For that reason alone, this is suddenly one of my favourite Spider-Man issues ever, and I find myself shaking my head in astonishment at just how many of those favourite issues feature Dan Slott on writing duties.

Normally, I talk about the interpretations of the characters, but for this series it doesn’t make a whole lot of sense to. Slott captures the best qualities of both of these icons, what they mean to each other, and how they started out as frenemies. He gives readers great lines throughout this series and if you’ve ever been a Spider-Man fan, or a fan of the classic take on the Fantastic Four there is a lot to love in this series.