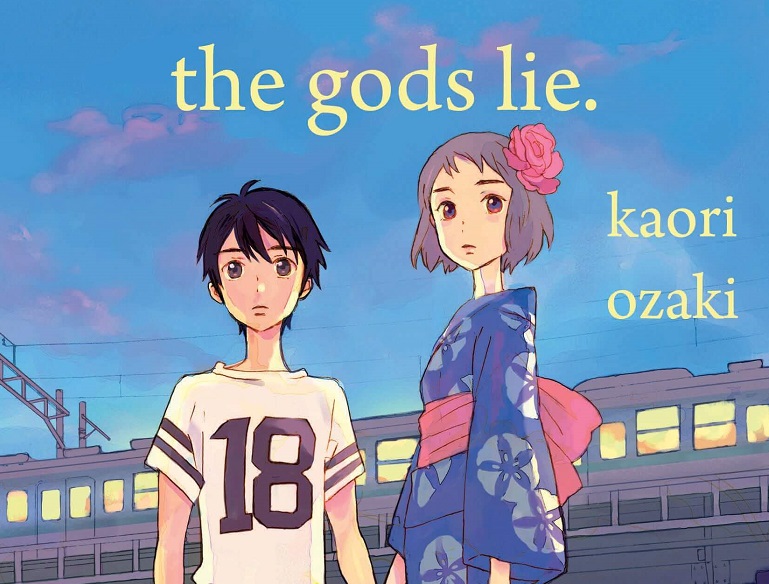 Aimlessly, I walked through the rows of graphic novels and manga at the Barnes and Noble near my home. I had come here for a purpose: to find something to read for the 52 in 52.

I had tried reading Challengers of the Great Unknown Must Die!, but I was struggling. It felt weird how little women I was seeing and how everyone working on the project was a guy. I wanted to read something different, and I wasn’t sure what. So I glanced through the rows, trying to look up list of graphic novels to read, leaning towards perhaps reading Rat Queens. But then I saw a peculiar title.

Curiously, I picked the book up, sat at the Starbucks in the bookstore, and began to read. What I had found was both beautiful and tragic. 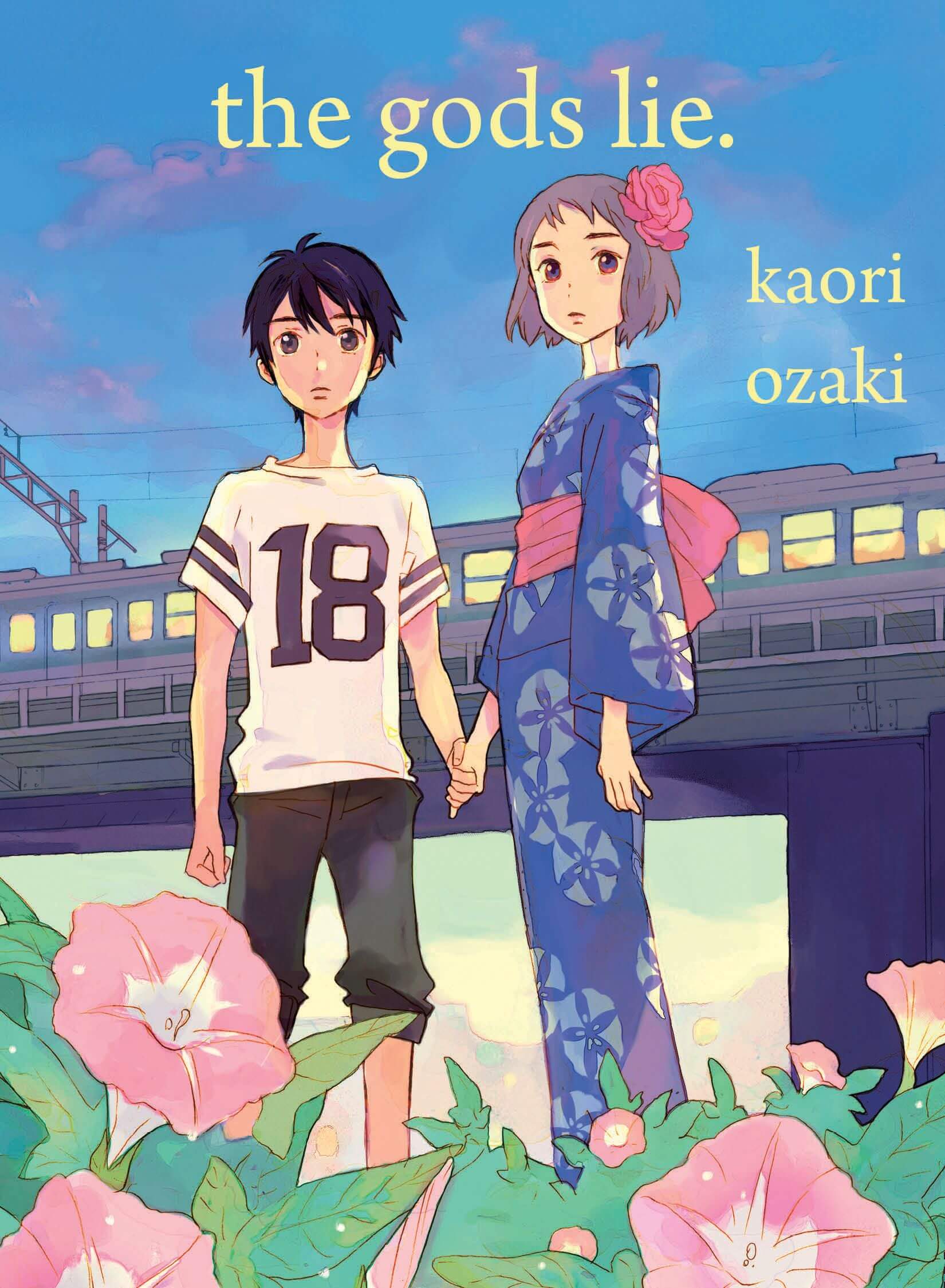 the gods lie. is a tale of young man’s summer during 6th grade and his growing relationship to a young woman in his class. It’s about how Natsuru Nanao finds himself secretly staying at the home of Rio Suzumura after ditching the soccer camp he was supposed to go to and what he discovers living with her and her brother that one summer. It’s a tale of first loves, death, and tragedy, but perhaps not in the way you’d think.

The art feels very slice of life. It’s beautiful and soft, but not exaggeratingly cute. It’s filled with painted skies with lazy clouds, subtly intricate flowers and clothing prints. The backgrounds compliment the characters and the detail on animals like Tofu the Cat and Benz the Stag Beetle are wonderful.

However, this isn’t quite the slice of life it portrays itself to be. There’s a darkness, ever encroaching around the backyard and the smell that comes from their garden. Even a light style of art brings in these more sinister elements, especially when the skeleton is revealed or when characters find themselves in abysmal despair.

Everything surrounding Rio is tragic apart from her relationship to her younger brother and her relationship to Natsuru. She’s what drives the drama and heartache throughout the story. Even if Natsuru is the main character, this is really a tragedy about the life of Rio Suzumura.

A mother long past gone, a deadbeat father who’d abandon his family in a heartbeat, a grandfather who chose to do something dangerous and pays dearly, Rio has a lack of adults and carries burdens she shouldn’t. She’s forced to do traumatizing actions in order to keep living where she lives, in order to protect her father and her brother, and she has no outlet to turn to, no one she can trust. That is, before Natsuru arrives.

Slowly, but surely, Natsuru becomes someone who seems to be the first person she can trust, can lean on and count on. He becomes this much needed shining light in her life and, eventually, becomes as close as family to her. Their love story is bittersweet, but ends on a hopeful note, signaling that one day, they may see each other once more.

“When dad was sick, in the hospital, he told me… ‘If you’re a good boy, and listen to your mother, the gods will see, and I’ll get better’.”

“Sometimes even the gods lie…It’s because…they love you very much.”

the gods lie is about how life is not fair. Terrible things happen to good people, and while these terrible things happen, sometimes the best thing you can do is give false hope for a better day. It’s about how hope, more than anything, helps people, and even if people lie and try to pretend things are fine, they do it out of a loving place. But lies catch up to people. And there are consequences to actions, even ones with the best intentions.

I highly recommend the gods lie. It’s a bittersweet tale of tragedy and love that ends on a hopeful note that feels like the well-intentioned lie. It’s fantastically written, has beautiful art, and is a tale contained in a singular book. You should definitely read this.