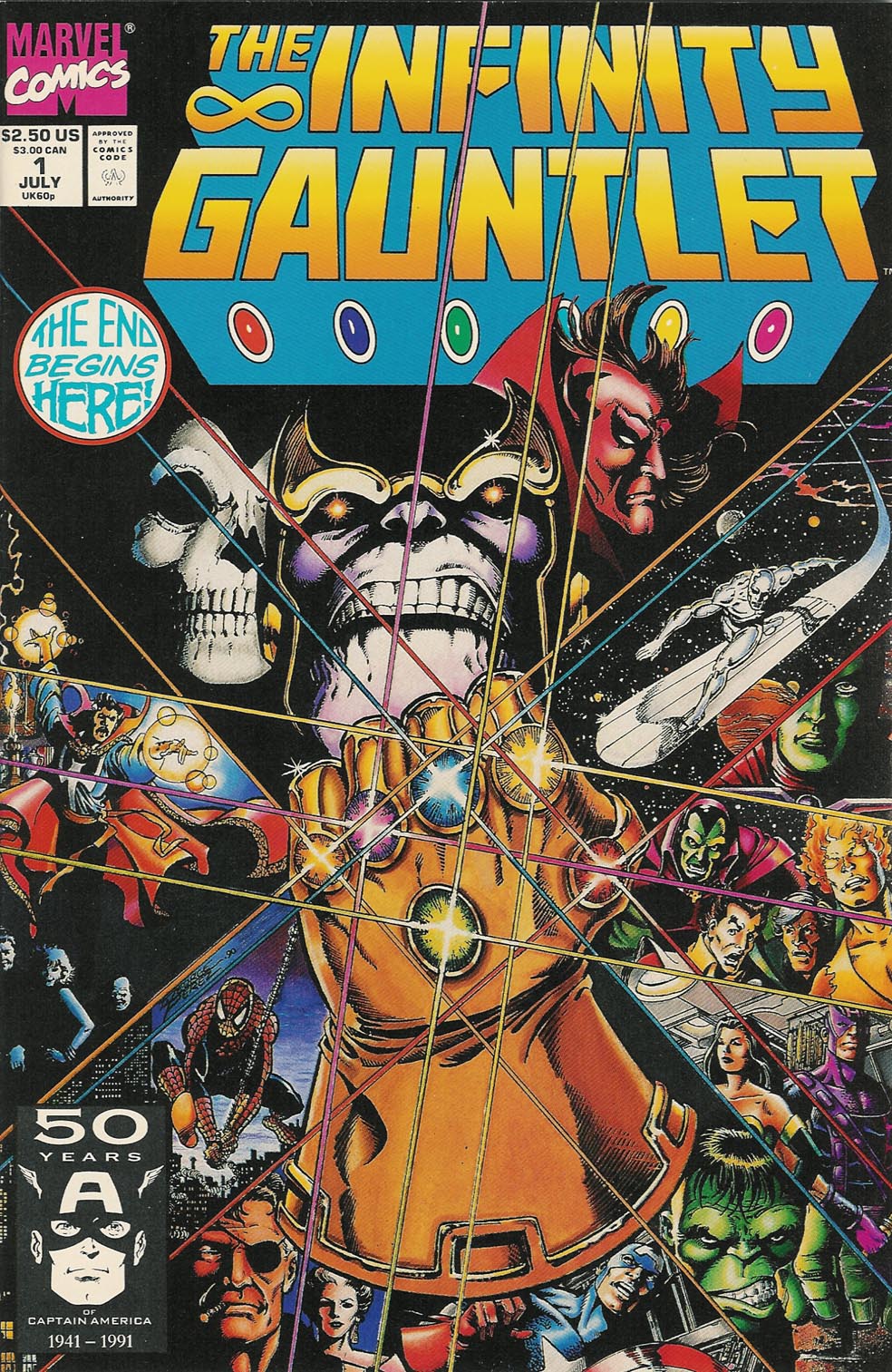 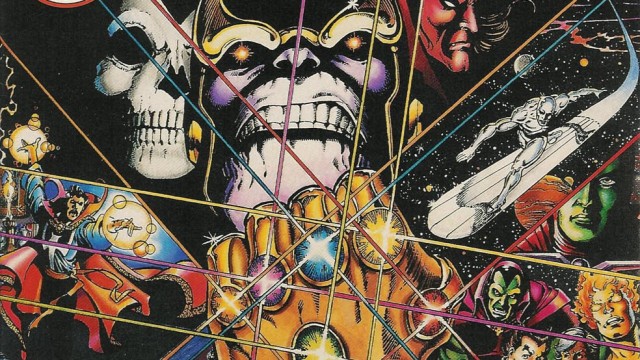 On the docket this week: The Infinity Gauntlet *Warning, there be spoilers ahead*

This is all the right kinds of Marvel Cosmic crazy. The Infinity Gauntlet is high concept, throw-everybody-who-is-anybody-into-the-pot style mayhem, and Starlin at his absolute best. While this is not the Thanos we are used to in the current continuity, he is wildly entertaining and when paired with the madness that Adam Warlock brings to the table, fun ensues. This series has got it all (from a Cosmic perspective), with all the big entities (including several that Jonathan Hickman is currently utilizing in Avengers/New Avengers) all attempting to thwart Thanos’ choke hold on reality. I found it very interesting to read how the Mad Titan used his power while he was, essentially, a God, acting only to gain more favour with his mistress, Death. That Thanos still had a goal through all the mayhem and destruction gave this story a focus rather than simply a big angry guy with an unstoppable amount of power, and to say that this tale is epic is an understatement. Starlin’s scope for this story is huge, and when the universal constants of things like Eternity, Galactus and the Celestials are brought into the mix, I was impressed with how well he kept this story tied together. Something like this can easily go off the rails, but by today’s standards this still holds up as a strong story. It’s 24 years old, and exists before the world of comics spiraled fully into the dreaded “nineties”, but it still holds up.

Other than in Starlin’s OGN work for Marvel, including The Infinity Revelation and the upcoming Infinity Relativity, this Thanos is not seen often in comics. His contemplative nature intrigues me: he wants more than blood, and he is a villain on a level that few others can operate at. He’s a threat to the very fiber of reality, and not because he’ll set off a bomb or something – but because he’s powerful enough, and intelligent enough, to gather and wield the kinds of power that can turn the universe to ash. That is the kind of cosmic I love revisiting, and some of the spirit that Hickman has been able to capture as time is running out in Avengers, that I find so much fun. These big, universal constants are so wild in the Marvel Cosmic, and it is because of hugely imaginative people like Jim Starlin that we have them to enjoy in comics to this day. Reading this makes me long for the next appearance of Adam Warlock in Marvel Cosmic, and reminds me of how much fun his character was during Abnett and Lanning’s Guardians/Nova runs. Big props to Starlin for letting Nebula get some revenge in this one, as well. That was an excellent turn of events. 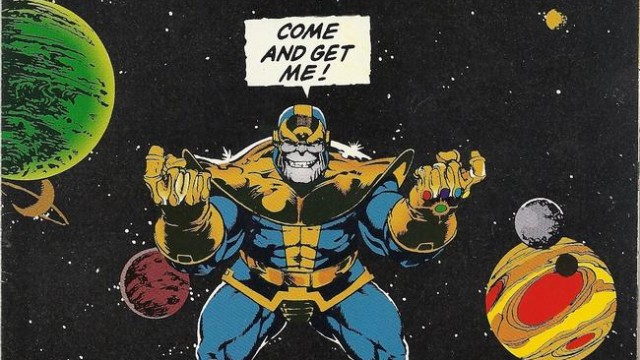 George Perez and Ron Lim deliver excellent artwork throughout this series, handling the big concepts deftly, without making everything too cheesy. This is from the early 90s, so the styles are different, but the big splash pages these artists deliver are as epic as the story, and they throw down some great pencils to keep up with the big battles. I’d argue The Infinity Gauntlet holds up better than most 80s/90s work and my nostalgia sense was on full alert as I was reading this series.

For Cosmic fans, I cannot recommend this one highly enough. If you have a Marvel Unlimited subscription, give the first issue a whirl and see if it grabs you – you won’t be out any money but you may be starting an adventure into some wild storytelling that is bold and delivers in a big way. Starlin has never been better (at least that I’ve read) and Perez and Lim are rock solid as well.