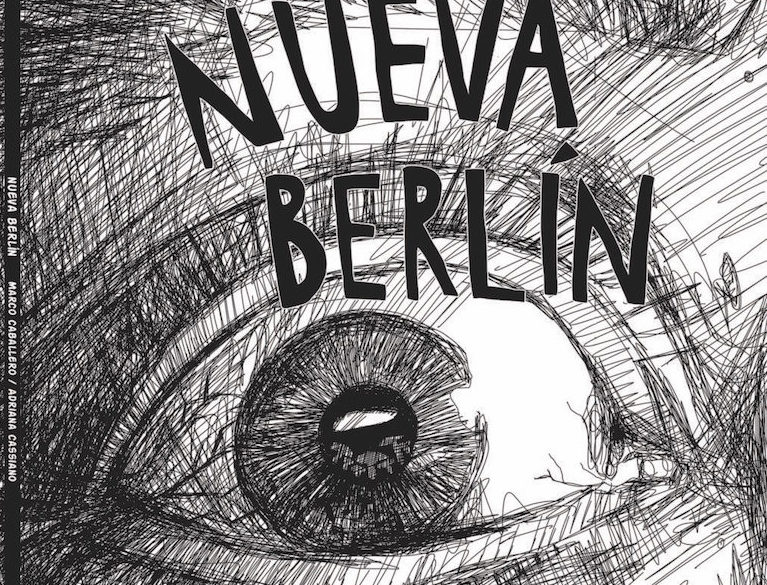 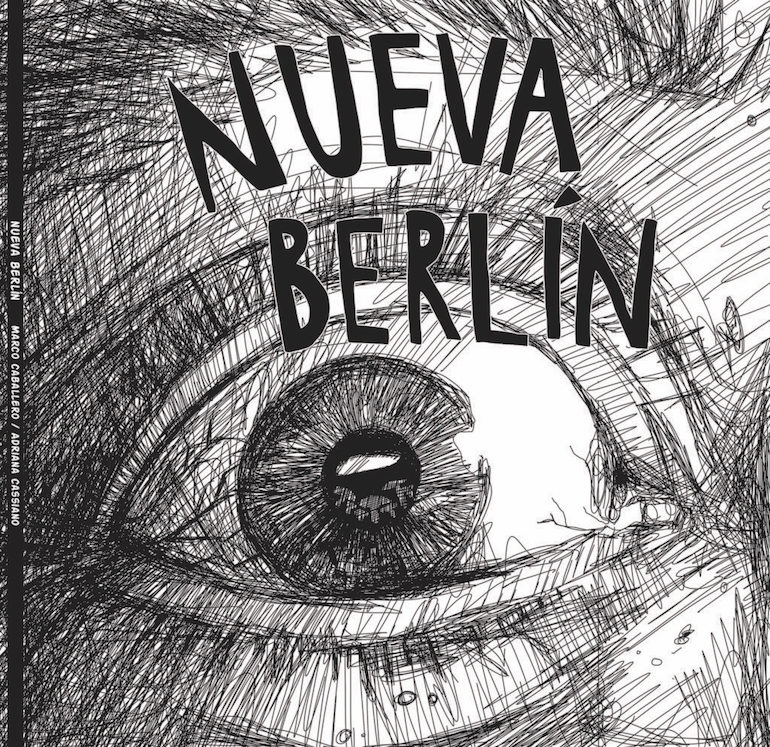 A clothing store. A missing car. A key that gets bigger and bigger in the hands of a young woman. Two women travel around the city, trying to find the missing car of one of them. A willing chair that functions as a bicycle. Dialogs that keep repeating, like echoes of a previous conversation. A car lost in the city. A girl suddenly disappears. There is something strange, incoherent in every action. A famous rockstar screams in the middle of a party, he is drunk, and he is complaining about his ungrateful fans. There is a condition of impossibility that closes the chance to escape or arrive to any destiny. The car is lost. The girl is still missing. The young woman continues her journey, she keeps trying to find her car or was it her keys? There is something strange, incoherent in this place.

Nueva Berlín, illustrated by the artist and editor Adriana Cassiano, with the script by Marco Caballero, was published by the independent Mexican publishing house, Fauna nociva in 2020. The graphic novel is a visual and narrative experiment that addresses the question of how reality is constructed and furthermore, how a simulation and escaping to an alternative reality could become an addiction and simultaneously, a mechanism of survival.

The graphic novel presents two different drawing styles, showing not only the ability of the illustrator but the contrast between two realities. In one of them, Nueva Berlín, we discover a colourful and playful environment in which most of the people express happiness and a sense of relaxation. Despite the illusory atmosphere of this city, it maintains a sense of reality, allowing to its inhabitants and visitors to believe in it. Every fiction needs a slight sense of realism to be plausible and Nueva Berlín offers the proper dose of it.

On the contrary, the graphic novel shows another reality. One that is corrupted and violent. The drawing style shows, by powerful and strong lines, the decline, the gradual but overwhelming destruction of the city and its inhabitants. Using the contrast as metaphor of two realities, Nueva Berlín points to a crucial dilemma: what happens when the quotidian reality becomes unbearable, and the only way to stay alive is by escaping to another world, to an illusion?

The graphic novel though, goes further by suggesting the danger and cost of escaping to a simulation. Addiction, poverty, loneliness. In a sense, both worlds have its restrictions and costs, although, the one that we might call “real”, is closing around the characters, making them captives of a social system that is destroying itself. Nueva Berlín is not a condescend story on the contrary, it involves the reader in the same artificial and colourful environment in which the characters escape making us part of a fictional world. The graphic novel offers to the reader the possibility to accept the contractions, the sense of absurdity to be part of the game. The graphic novel plays with the readers, making them believe that the world is something different from what is seen. What happens when the simulation, the illusion of reality is more appealing that the reality itself? How terrible the life might be when the most the artificial world is a better place to be?

Nueva Berlín is a metaphor of the contemporary times in which the mechanisms of elusion have become part of way of living and a way to escape from a world that gradually is disintegrating.