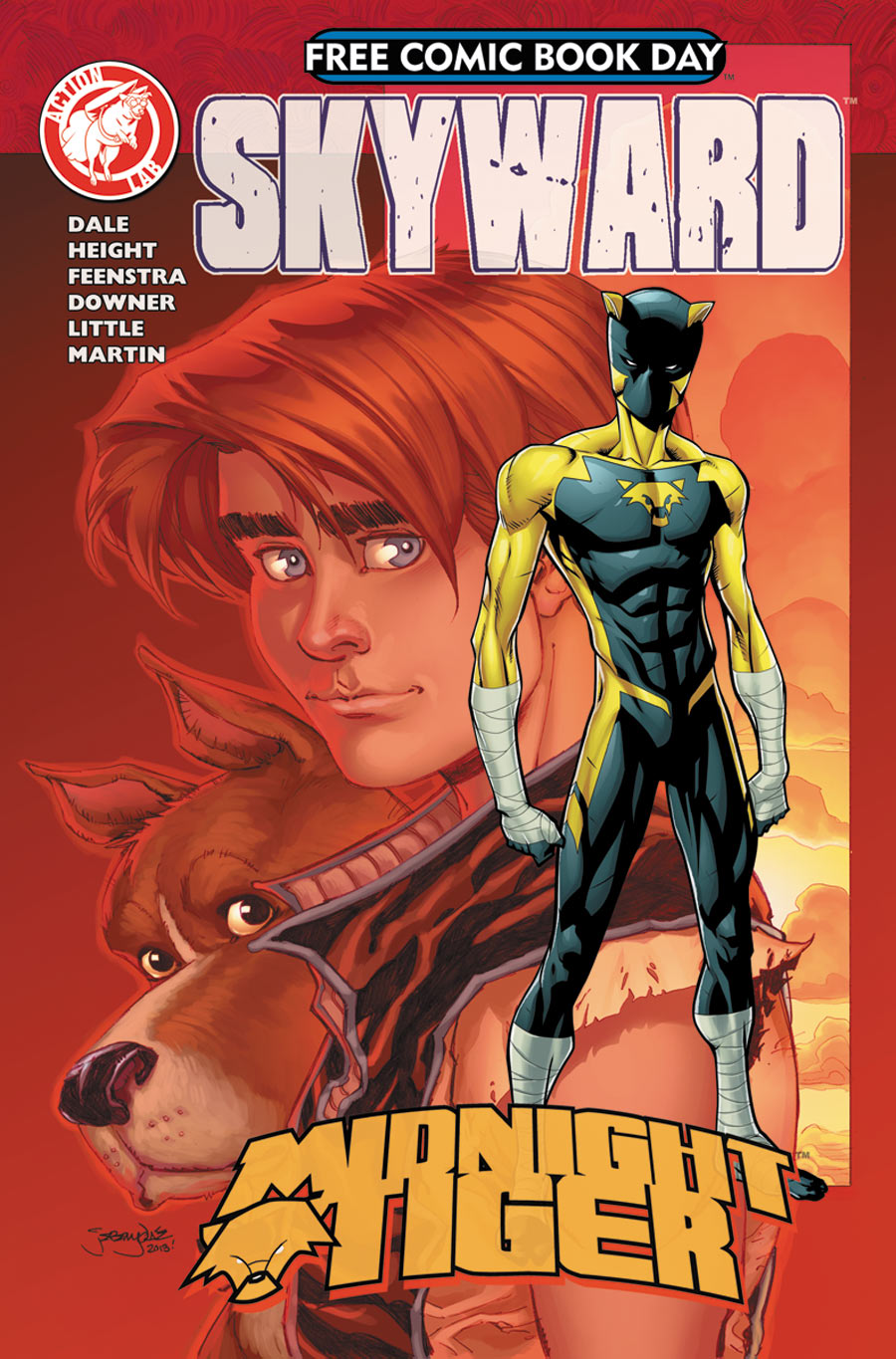 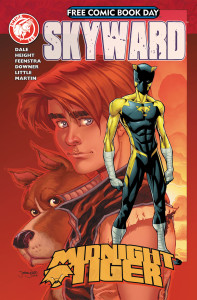 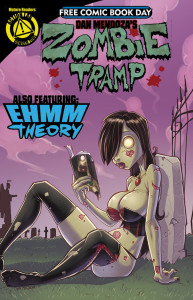 Created by Artist/Writer Ray-Anthony Height (Spider-Girl, Power Man: Shadowlands) and Co-written by DeWayne Feenstra (The Adventures of Aero-Girl), Midnight Tiger stars high school senior Gavin Shaw, who after attempting to save the life of the gravely injured hero known as Lionsblood finds himself waking up in a hospital bed days later with amazing new super human abilities. The FCBD Book will, like last year’s MOLLY DANGER/PRINCLESS offering, lead into a four issue miniseries of the same name, shipping in May 2014. Joining Height will be SKYWARD, the runaway hit series by Writer /Artist Jeremy Dale (G.I.Joe, NFL RushZone), The story of a young boy named Quinn, The son of a legendary warrior named Corin. Living in the Idyllic countryside with not a care in the world his life is turned upside down when an old friend of his father manages to track them down. Now, Quinn and his dog Jack are on the run, headlong against a threat more terrible and a world more fantastic than they ever imagined.

If you like your comics on the risqué side, Action Lab is also proud to announce their second FCBD offering ZOMBIE TRAMP/EHMM THEORY.

Brockton McKinney’s EHMM THEORY has been called “ A heavy hitter in an already blood-and-guts saturated market, while carving its own niche one issue at a time.” By Fangoria Magazine. The story of Gabriel Ehmm, a normal guy who has awoken to a world where zombie ‘little people’ rise from graves, someone calling himself Saint Peter offers bargains, and his pet kitten can now talk. Connected by blood and straddling the afterlife, Gabe and Mr. Whispers (the aforementioned talking cat) begin a universe-spanning adventure in the first issue of this mind-bending and genre-blending new series. Ehmm Theory shares it’s space with ZOMBIE TRAMP, Dan Mendoza’s tale of a high priced Hollywood call girl, Janey, gets set up on a bad date by her transvestite Madame. Bitten by a zombie, Janey seeks out vengeance on those who wronged her. Cartoon grindhouse action abounds — with voodoo queens, zombie convicts, and crooked LAPD!!

FCBD 2014 marks the largest ever FCBD event with 60 books to choose from. The comics include incredible titles from forty publishers featuring fan-favorite, and new comic book characters that encourage readers to explore the fun and excitement that comics have to offer.
Chosen by retailers on the FCBD Committee, there’s a free comic book for everyone’s taste from the Silver Sponsors: from Sonic the Hedgehog and Teen Titans Go! to Scratch 9, Rocket Raccoon, The Smurfs, Grimm Fairy Tales and more!
A complete listing of all sixty FCBD titles, including the twelve Gold and forty-eight Silver comic books, can be found in the January issue of Diamond Comic Distributors’ PREVIEWS catalog, on sale at all comic book shops December 31, 2013 or by visiting the comics section of the Free Comic Book Day website.