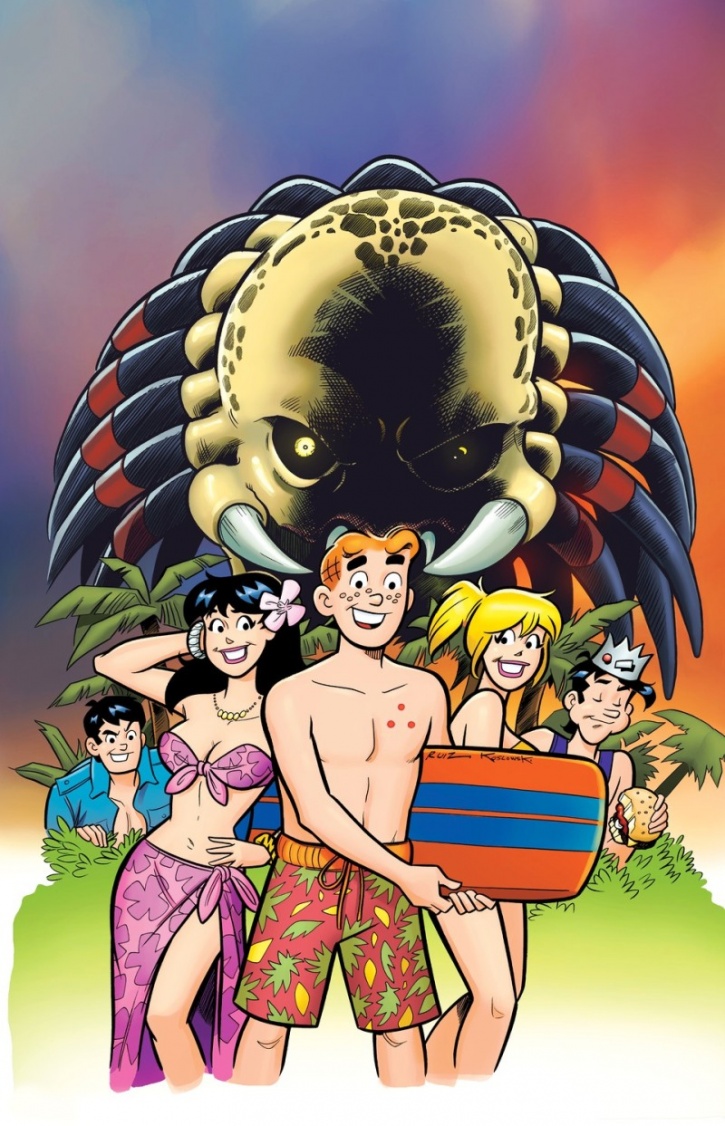 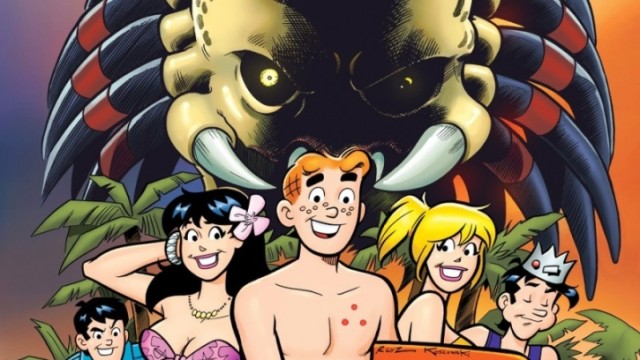 Archie and the rest of the Riverdale Gang aren’t the first group of characters you’d think of when coming up with good foils for a member of a crazy alien race that loves to hunt people, but this is exactly the case in Alex de Campi and Fernando Ruiz’ Archie vs. Predator. This is an intracompany crossover between Archie and Dark Horse that’s so crazy that it actually works. Featuring one of the most far fetched ideas for a crossover since, well, Archie met The Punisher, this debut issue continues the publisher’s commitment in expanding what Archie Comics can be while preserving as much as possible of what has made these characters special for 70+ years.

Over the past few years, Archie Comics have gone through a renaissance, and a big part of the resurgence has been due to the success of horror titles like Afterlife With Archie and Chilling Adventures of Sabrina. These titles are genuinely scary, and among the best titles in the industry.

Alex de Campi and Fernando Ruiz could have emulated this approach for Archie vs. Predator, but instead they have done something far more daring — they made way more of a traditional issue of Archie than anybody expected. The dichotomy between the traditional citizens of Riverdale and the Predator makes this book especially unsettling in a way that playing it straight horror wouldn’t.

Alex de Campi’s script is one that anybody with any knowledge of Archie Andrews and his friends can get into. All of the traditional forces are at play. You have Betty and Veronica vying for Archie’s attention, Jughead being Jughead, and the Blossom twins are especially rich and arrogant. The script may have more of an edge than your usual Archie book (there’s blood, and not because of a Predator!), but it more or less reads like a normal issue featuring these characters. Of course there’s a nasty Predator lurking around the edges, and that helps elevate what would be an average issue of Archie into something different.

This first issue is a little more than a setup issue, and getting the characters on the board. There has to be a good reason for a Predator to show up in Riverdale, and that is established here. While it would have been a lot of fun to see bodies start dropping like flies immediately, de Campi takes the slow route. To be fair, the Predator does get to have some fun in this first issue, but it is just a glimpse to what we have in store. It is unsettling, especially with the art being of the traditional Archie house style, and by the end of the issue you know that mayhem is just around the corner.

Long time Archie Comics artist Fernando Ruiz is given the art duties for this crossover miniseries event, and he delivers exactly what one would expect from him. The art here is quintessentially Archie, even more so than the script. If you’ve seen an Archie comic in recent years there’s a great chance you’ve seen Ruiz’ work. The classic, all-ages feel to the art is great, but it isn’t until the scenes with the Predator where the art becomes anything more than just another Archie book.

Once again I’ll stress that the dichotomy between the young men and women of Riverdale and Predator is really what drives the book. The effects of Ruiz’ simple pencils are heightened when the Predator shows up. He handles the infrared vision very well (with a big assist from Millet’s colors), and the first person panels really give a great sense of a Predator on the hunt. The big event of the issue shows off a Predator that has been Archie-fied, but still scary in the parameters of the series. There is also far more gore on this one page than Ruiz has probably ever drawn in years of working for Archie Comics. The glimpse we get here has me excited to see Ruiz let loose in upcoming issues, and make readers extremely uncomfortable.

Overall, the first issue of  Archie vs. Predator takes what would be an average issue of Archie and darkens it up a bit using the Predator. This isn’t a straight up horror book like some of the other series’ currently being published by Archie Comics. This isn’t Riverdale dropped into a horror scenario. If anything, it’s a horror scenario dropped into Riverdale, and the creative team seems to be playing off the stark contrast between the two properties to maximum effect. The end result is going to be something unsettling, and unlike anything currently being published, but we only get a glimpse at what that will be here. Now that the pieces are in place, there’s no reason to think that the rest of the series isn’t going to be absolutely insane, and that’s a good thing.