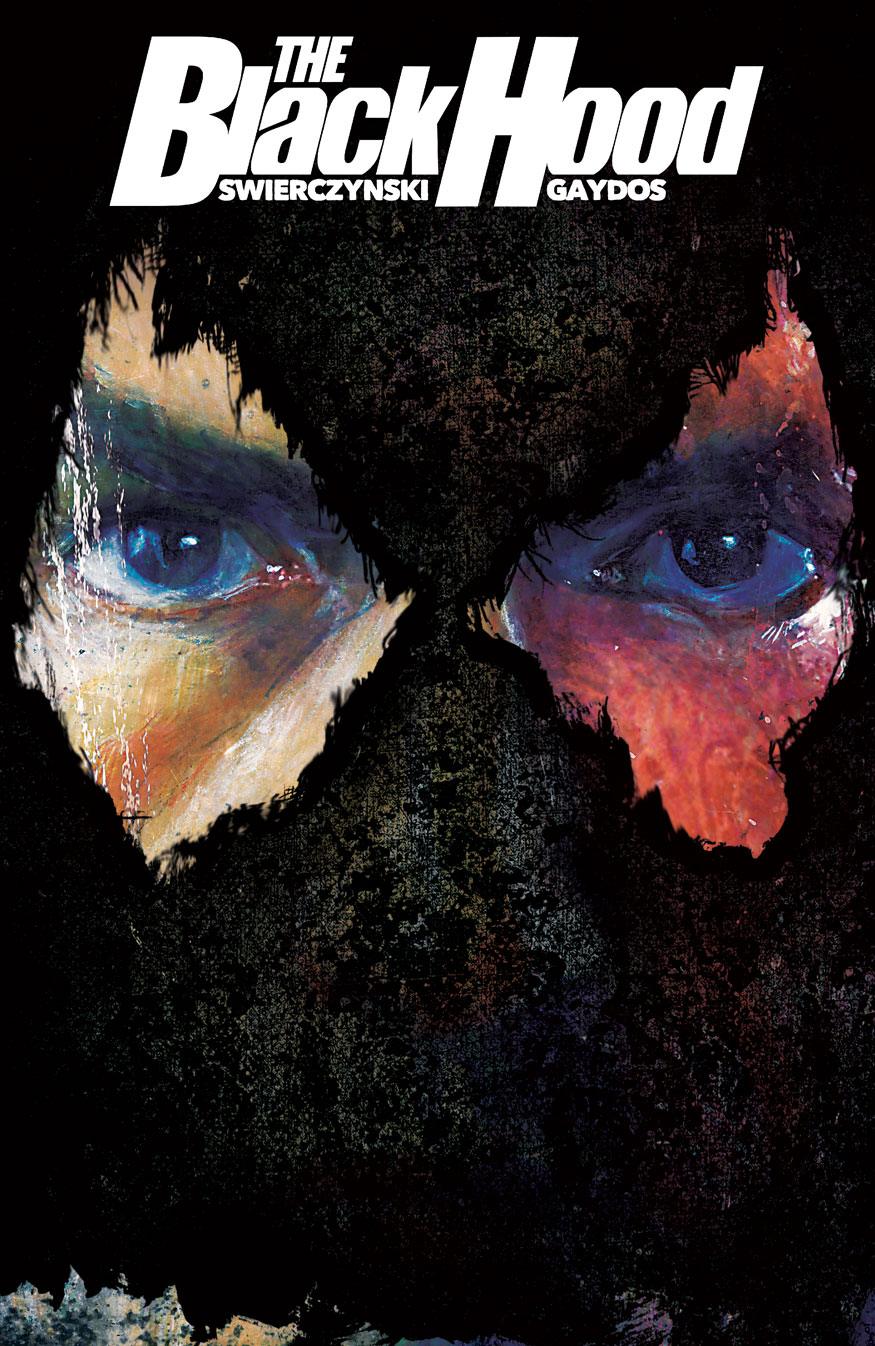 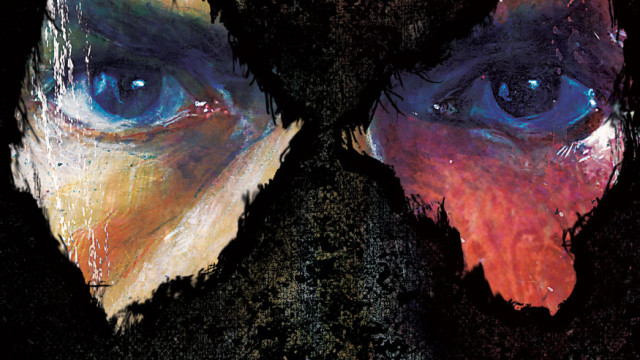 Gregory Hettinger is just a good cop trying to keep kids safe in a really dangerous city. And for that, he ends up paying a price that comes out of his body and soul. Amid drugs, corruption, and an inadvertent murder, any man could lose himself. But this one finds himself inside a Black Hood.

Quite the departure from Riverdale for Archie Comics and the classic Red Circle Comics brand both, Black Hood #1 is the daring, new jumpstart to what is sure to be the next great universe for comic fans to lose themselves in. And the choice of storytellers Swierczynski and Gaydos — two gentlemen well known for their gritty realism in graphic fiction — couldn’t be more right on.

Recapturing the magic of Marvel’s Alias comic, Gaydos brings his telltale grime and shadow to Hettinger’s profile and surroundings in equal measure. What’s most curious about the reveal of Hettinger’s condition is that it’s barely a reveal at all. The disfigurement seems perfectly in tune with the state of the Philadelphia streets, the bathroom counters — even the clean white bandages. No surface is left pristine, so much so that you can almost feel the layer of decay on the surface of the comic book page.

What does prove revelatory in place of any more obvious monster moment is the turn Hettinger’s mental condition takes, brought to the fore in equal measure by art and monologue both. The shifting camera frame, highlighting more and more detail at every turn, makes the donning of this pitch-black hood — this blackout curtain of mind and perception — even more pronounced. Is it what quiets the guilt? Does it empty out Hettinger’s troubled mind like a black hole of emotion? Or does it simply represent a more complete destruction of what was there on page 1? Maybe all of the above.

Swierczynski takes us through Hettinger’s downward spiral without falling back on overly dramatic flair or exaggeration, giving us a realistic pacing of what happens to a good cop who ends up becoming something very bad. In some ways, it’s a really refreshing portrayal of the police in the wake of so many newsworthy moments these past six months of officers who seem so willing to kick guilt and responsibility under the rug.

What the writer most certainly succeeds in doing is creating an environment for viewing vigilantism not as black or white — or even morally grey — but both simultaneously. Is Hettinger right to take up the role he’s come upon quite ironically? Does he deserve accolades, no matter what his own drug-addled opinion may be? Is it even worth it to buck the system? All of these questions are subtly put on the table by Swierczynski without a moment of preach or moralism. It’s superior story-building from every angle.

We’ve seen a lot of what Archie Comics is capable of these past few years, but if Black Hood is any indication, we haven’t seen anything yet. A perfect start to a guaranteed modern classic, this book fulfills every expectation for what a brilliant first issue can be — coming in fast and furious and leaving on a last page high. The pacing is smart. The art is disturbingly gorgeous. And more than anything else, the protagonist himself is utterly engaging. If you like your heroes less than shiny and crime dramas littered with authenticity, this is one book you can’t afford to pass up.