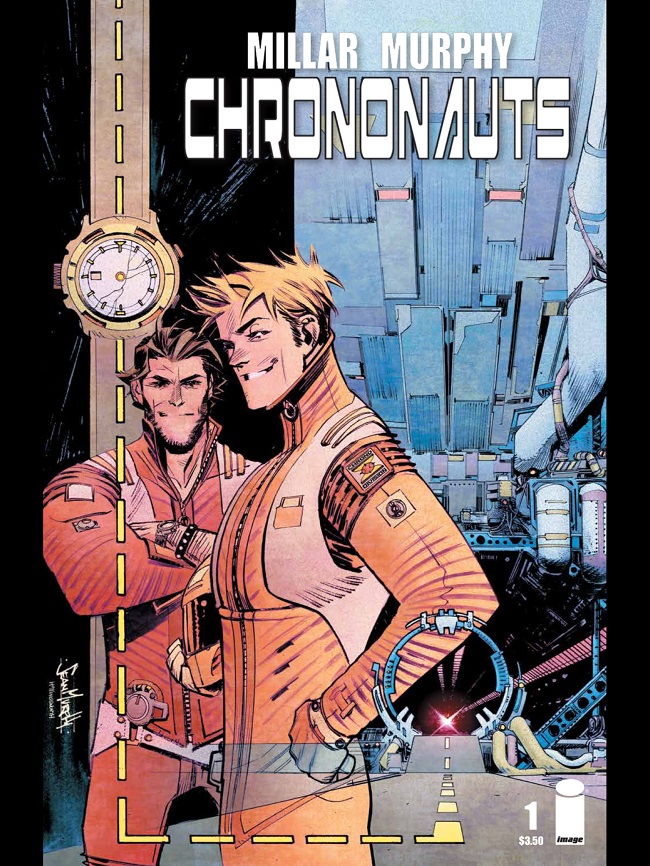 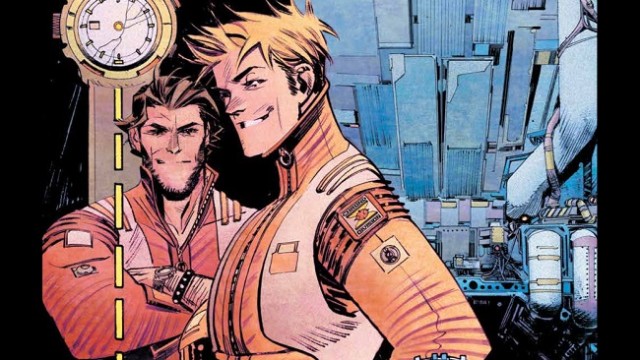 Time travel is a reality, but is that necessarily a good thing?

Mark Millar heads down the time travel tunnel with this one, telling the tale of a NASA created time travel device and the two men who are piloting it. The story of this first issue isn’t revolutionary, but it is entertaining nonetheless. Millar sets up a base of who the two primary characters are in this issue, and how the world is viewing time travel technology. He builds them up as rock stars very well, and quickly defines who these men are before the mayhem really begins. With the goal of keeping spoilers to a minimum in mind, I’ll keep this rather light on details…this story is entertaining and has a massive amount of potential. If the final pages are any indication, Chrononauts is going to be a wild tale with a grand scope and some strong character work along the way. This is probably my favourite single issue I’ve read by Mark Millar since his work on Old Man Logan.

Sean Gordon Murphy is the perfect artist to task with this kind of tale, as his work takes Millar’s words to the next level. His intense level of detail combined with his unique style gives Chrononauts a unique look and feel that is both futuristic and retro all at once. Murphy hits the character building beats and the action packed sci-fi beats equally well, and his work is rock solid from start to finish. When time travel aspects come into play Murphy cranks the awesome up a notch, and it is obvious in this issue that he’s going to be blowing some minds in this series. It does not matter what time period this story is going to hit, I’ve got a gut feeling Sean Gordon Murphy is going to kill it.

Chrononauts #1 is an entertaining first issue with an immense amount of potential to cut loose into a wild series as it progresses. Millar and Murphy work very well together, and it is obvious they have some big plans for this series. I highly recommend this one to anyone who has been enjoying Black Science or is interested in checking out the next sci-fi winner from Image. I’m definitely in for a second issue, without a doubt.