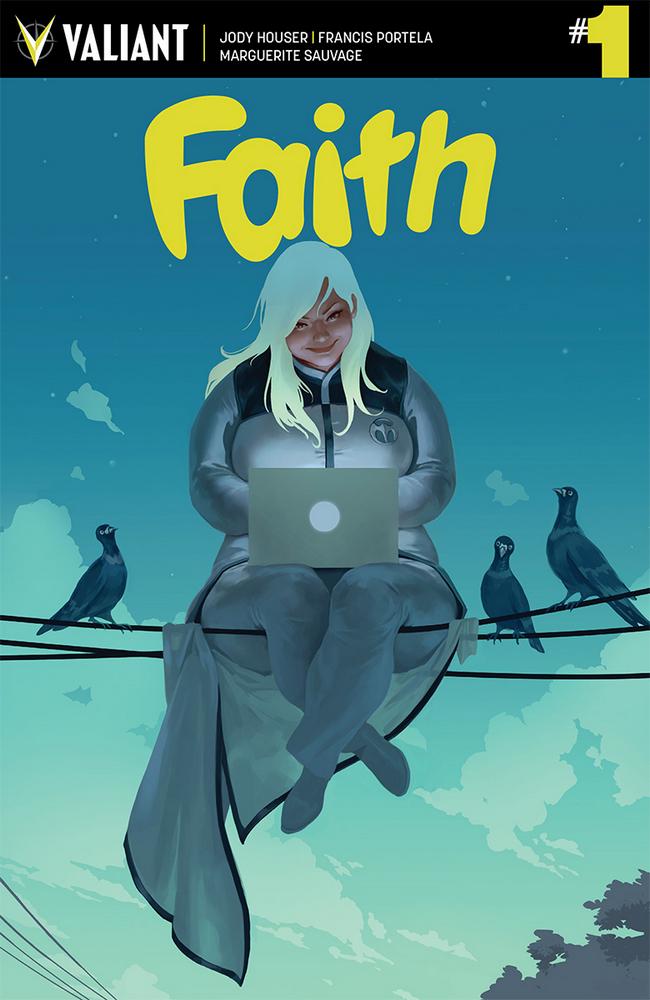 Soaring through the skies with the freedom of flight, Faith is the new hero of Los Angeles.

After parting ways from her team and creating a new life for herself, Faith aka Zephyr, is living in L.A. trying her best to get close to her dream. She’s adjusting to a new place and a new wig and finding her spot amongst a new crew of friends. After thwarting some brazen criminals, she comes across a mystery connected to her past, only to find herself caught in a rather hot situation.

I love to jump into a new series oblivious, and Faith immediately caught my attention a few weeks back because of our leading woman. It’s nice to see a bigger woman in a comic who isn’t the butt of a joke or struggling because of her weight. Faith is getting along just fine. She’s real, she has a love life, she has dreams, and it’s really amazing to see her as a character come to life on her own. I harp on diversity a lot, and while I did not cover it in my initial Representation and Health columns, body size is one area comics need to improve. Heroes don’t all have to be rail thin or super muscular, and they surely don’t have to be walking schticks when they’re overweight. Faith isn’t held back by her size, and her size doesn’t take the forefront of the story. To me, that’s absolutely refreshing.

Overall, the pace of the story was a bit slow for me, especially considering this was my first real exposure to Faith. It made sense, though, because there’s a story to be told, but also one to connect to Faith’s previous adventures. Despite this, I really enjoyed the setup. To be honest, I’m kind of lamenting the fact that Faith is going to be a miniseries. There was some long haul exposition in this first issue that I think could really build into something very grand.

Jody Houser writes a Faith that is grounded in a very real and millennial understanding of our world. There’s pop culture, blogs, and some warnings about dudes who are walking comments sections. I like when writers can convey a modern tone in comics without being too gimmicky. Houser’s story really gave Faith #1 a slice of life feel while still building a story and without losing anything in the process.

Much like Houser’s writing, the art team excelled at creating a crisp, clean, and fresh Los Angeles and crew of characters. I loved the racial diversity, and as each of the secondary characters appeared I became more and more happy that most of them were people of color. My favorite pages were Marguerite Sauvage’s fantasy scenes, with their slightly soft and pastel sheen and warmth. The people in these scenes are more playful and stylized, and perfectly captured a millennial’s daydream.

All in all, I’m definitely recommending Faith #1. We have a lead who strays from the typical comic book woman’s body and a cast of characters with a diverse range of shades. This is a story about a woman who is forging a new path and new life, but not out of tragedy or suffering, and I cannot say enough how much we need more stories like this in comics. For something new, pick up this first issue!