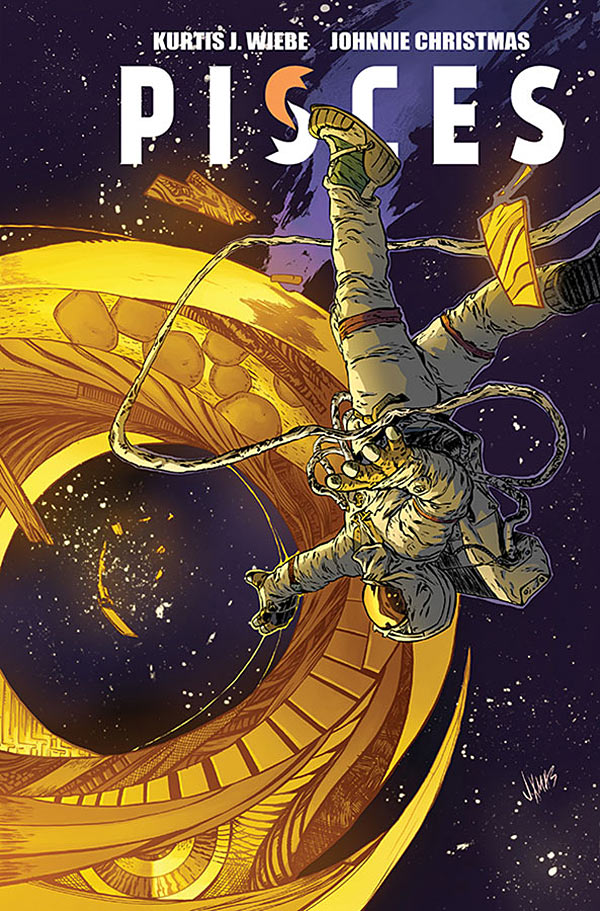 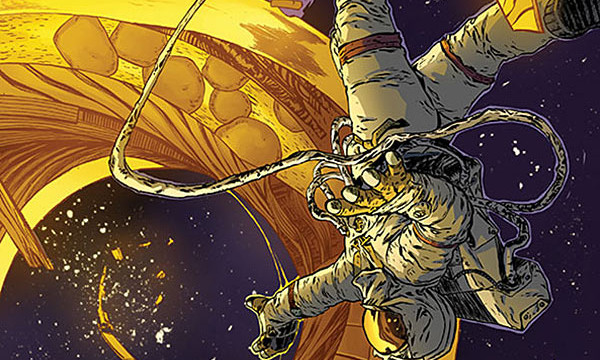 For his newest project, Wiebe is stepping away from the fantasy of the wildly popular Rat Queens and returning to his horror roots. Pisces focuses on Vietnam vet, Dillon Carpenter, as he attempts to readjust after the war. Sounds like an interesting story, but pretty mundane for a comic book, until the former fighter pilot ends up being recruited by NASA for a top secret mission to make first contact.

This first issue sets a discernible tone for the series: dark. Super dark. Failed marriage? Check. Alcohol abuse? Check. Backstory so realistically tragic it’s difficult to read? Double check. Wiebe is starting Pisces by introducing us to Dillon disjointedly. We witness three game changing moments in Dillon’s life, out of order, and with no warning. It’s a clever way to set the stage for future issues, introduce the reader to a lot of information quickly, and help put us in the right frame of mind to comprehend the tragic chaos Dillon seems to be constantly surrounded by.

The stage is also set by Christmas’ artwork. He uses solid drawing and careful color washes to establish moods and viscerally tell Wiebe’s story. Impressively, he manages to illustrate some intense subject matter with no frills while keeping it gritty (I truly loathe using that word, but in this case it’s actually accurate).

Pisces may not be a fun read per se, but it is shaping up to be a damn good read. I honestly have no idea what’s in store for issue #2, but I am interested in finding out!