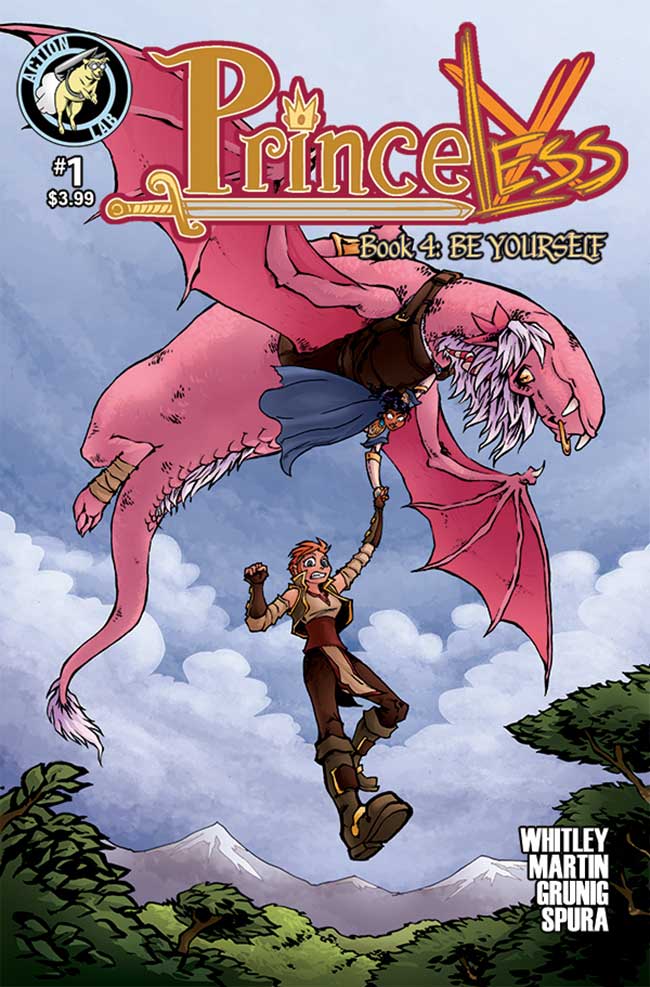 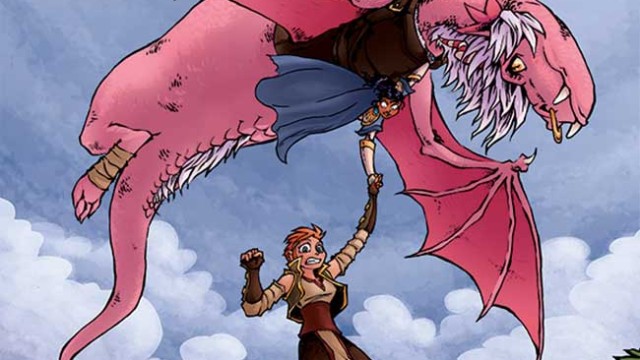 Princess Adrienne and her half-dwarf sidekick Bedelia are off on another adventure — this time to rescue her sister Angoisse from the inhabitants of a dangerous swamp. What they didn’t plan for was dinner. Them being dinner, that is. Meanwhile, Adrienne’s brother has his own quest to tackle, but what will it mean for his relationship with their dad, the King?

Let’s get one thing out of the way. There aren’t nearly enough books like Princeless on the stands, and not nearly enough copies of it finding their way into the hands of kids and adults alike. Jeremy Whitley has created a world centered around a confident (although not too much so) young woman of color, who thinks for herself, doesn’t allow her family’s expectations to get in the way of doing what’s right, and rises to the occasion whenever challenged. Goblin or dragon, knight or king, Adrienne is ready to stand her ground. She’s exactly the kind of heroine we need to see more of in comics, especially ones appropriate for children.

But with Be Yourself #1, we get to see another great archetype unfold that could be as important to some kids and adults alike in the form of Prince Devin, Adrienne’s only brother. Constant disappointment to his father, gifted in art of sewing and design, Devin is smart, witty, inquisitive, and intuitive. He’s not particularly masculine, and certainly not filling that role sufficiently in his father’s eyes.

In short, Devin is pretty much every slightly (or more than slightly) effeminate, out of place, and misunderstood-by-his-parents gay kid. And I haven’t seen that nearly enough in comics — ever.

It’s not that Devin himself is or even needs to be gay. His sexual orientation isn’t really as important as the idea that when he is most himself, he is not living up to the social expectation that one has for a prince. The masculinity. The athleticism. Devin loves poetry. He’s talented in the arts. And the idea of giving him a quest to pursue on his own terms — not his father’s — is a touching addition to the mythos that Whitley has been building over the course of (now) four volumes.

Of course, Adrienne and Bedelia’s story is not one to be missed either. The hilarity of their air travel toward the center of a very dangerous swamp needs to be seen to be believed, and a lot of that credit is due to returning series artist Emily Martin. The combination of actual scenes with the imaginary physics drawn out is so clever and adds a fun element to the telling. A few figures are a little lopsided, but overall, the flavor of the pages is so fun and full of adventure. Energy is just cascading through the panels.

If you’ve never read Princeless before, this is an exceptional place to start. A new adventure with characters that are easily adopted into your heart (even the sterner ones, honestly), the aptly named Be Yourself #1 sets up developments that so many adults and kids, male and female, can relate to. And if you are a longtime fan of Princess Adrienne and her world (as I am), you’ll be tickled to see your favorites arriving in the comic shop once again.