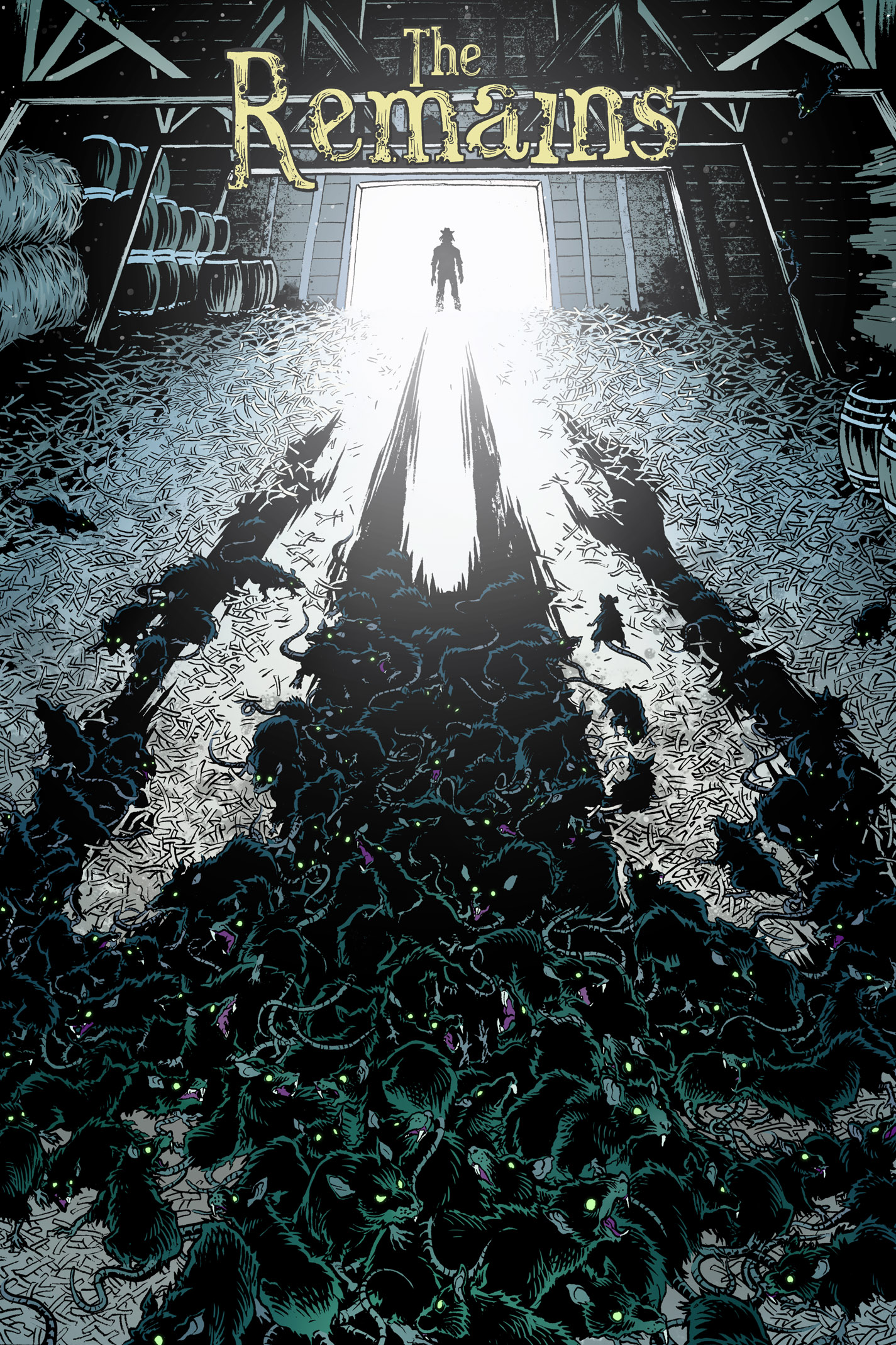 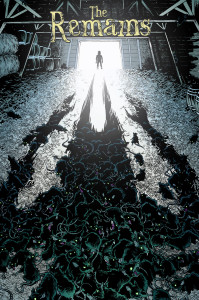 No story has left me with such a chill in a very long time, and I can’t quite put my finger on why. That is the great gift of Cullen Bunn’s new Monkeybrain book, The Remains.  His gift for the unseen terror, combined with A.C. Zamudio’s understated art, make this a story that will stick with you, even if you don’t want it to.

Set in the South on a quaint farm sometime in the mid-20th century, the story is told by Birdie, the eldest daughter of a Pa Kent-esque farmer. Birdie and her little sister Abigail are responsible for a lot of chores, but their father’s health dictates the need for hired help. The story begins, “The dead rats danced the day the hired man came around.” The cold pit that line leaves in your stomach does not go away; it actually hardens on the last page.

Bunn’s tale of vermin large and small is fueled by the abstract Bad Feeling you get, but cannot explain. The dead rats are, in fact, the least scary thing in the book.  But, really good horror writers know that humans are infinitely more terrifying than monsters, and the living are always more dangerous than the dead.

The artist for this story is a relative unknown named A.C. Zamudio, and she probably won’t remain relatively unknown for long. The characters are clearly and simply drawn, nothing is over-rendered, and the looks she draws on everyone’s faces essentially set the tone for the whole story. The overall look and feel is very bleak and jaundiced, like a yellowed old Dust Bowl story or maybe even O Brother, Where Art Thou? without the whimsy and, you know, joy.

Readers who enjoy their horror with a dash of supernatural are going to have a lot to enjoy with The Remains. Bunn and Zamudio say a whole lot with very little, and what they say isn’t very nice, but it’s compelling and terrible and fills you with that sort of dread that forces you to keep going, even when you know you should run back upstairs and hide under the blanket.

The Remains will be available from Monkeybrain Comics through Comixology on February 26th.