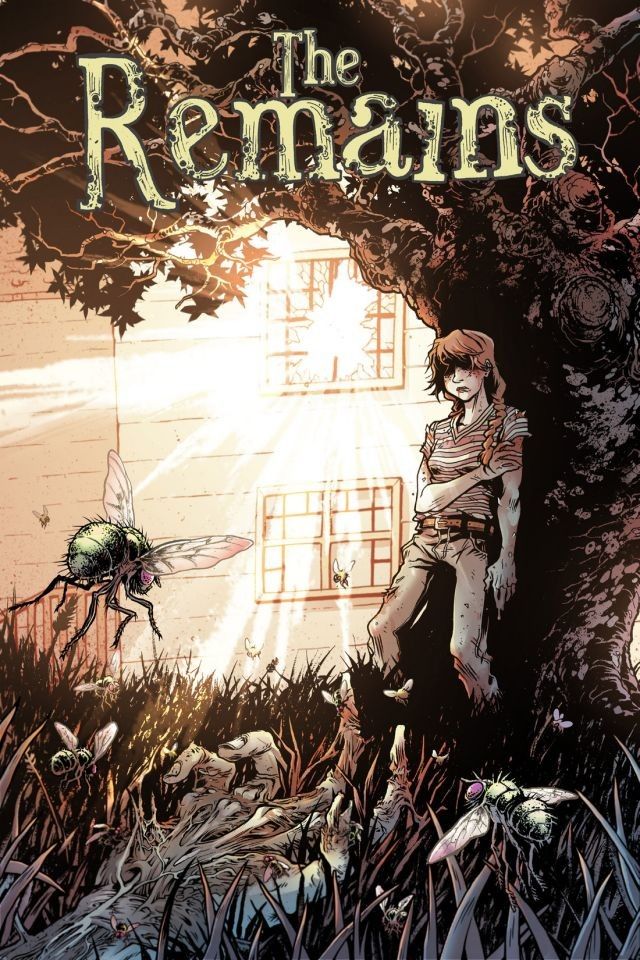 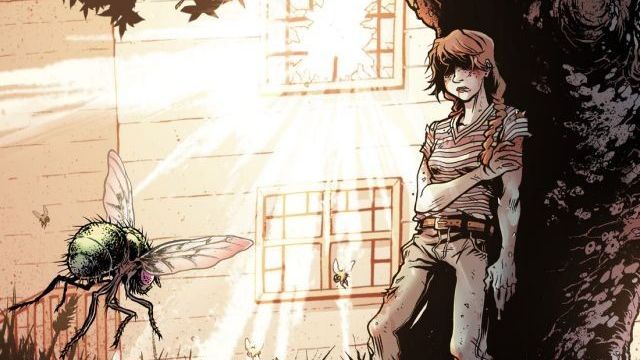 The Remains is a horror series by Cullen Bunn and A.C. Zamudio , published through Monkeybrain Comics. This comic is one of the reasons why I am glad that creator-owned comics exist, so that you can take a clever idea and just tell the story – you don’t have to try and fit it into a universe, or include a super-hero, you just tell your story… and simply put, The Remains is a good, quality story. The fourth issue wraps up the storyline of Birdie and Abigail, and provides you the realization that as much as you want the story to go one way, deep in your heart, you know it can only end the same way that it began… darkly.

Cullen Bunn is one of the rare writers that can effectively maintain quality output despite large monthly volume. He effortlessly creates an undercurrent of unease as the story is told. The pacing is tight, leading up to a powerful crescendo of action which barely allows the reader a moment to breathe as the ending plays out. The epilogue is a thing of beauty, tying together the title and the story, while delivering a clever twist that leaves you with a feeling in the pit of your stomach that exists as part sickness, part happiness, but entirely fulfilling.

The art by A.C. Zamudio is moody and atmospheric, and really envelops you in the farm life that Birdie and Abigail are living. The characters are rendered with personality, allowing you maximum engagement with the story. The horror elements are clear, without being overdone. The Remains is a zombie story, though it has more in common with older EC Comics than the current crop of zombie titles, and I think that the art style does a good job of capturing those elements of the story. The colouring features subtle, muted tones, which accentuate the feeling of isolation brought on by their locale.

I think it is really important to give The Remains a couple of reads. While I was reading issue four, I found myself racing through the final pages almost at the expense of the art, but the benefit of this was that when I reached the twist at the end, I enjoyed the reveal that much more as I didn’t really see it coming. Afterwards, I spent time going back and truly looking at the art and got a chance to enjoy the wonderful blend of writing and art. The Remains is an excellent read that takes you on an emotional journey through the lives of two young girls. In Cullen Bunn’s world, life may go on, but the memory remains. Highly recommended.

The issue can be pre-ordered here: The Remains #4