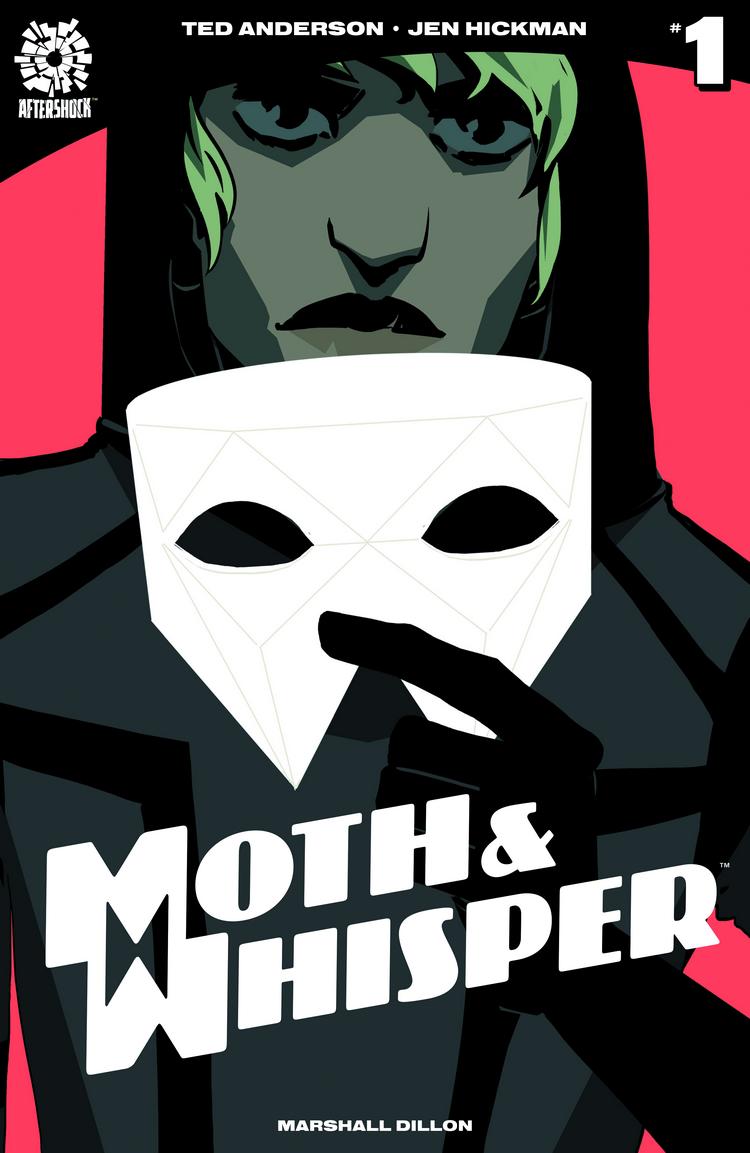 Niki has been trained by their parents in the arts of stealth and infiltration, but they’re still just a teenager, and now they’re alone, searching for their parents in a hostile cyberpunk dystopia. Corporations run the streets while crime lords like Ambrose Wolfe run the alleys—identity is a commodity and privacy is impossible. The truth about Niki’s parents and their disappearance is out there, but can Niki survive long enough to find it?

A Young Adult cyberpunk thriller starring a genderqueer super-thief, MOTH & WHISPER is the brainchild of Ted Anderson (My Little Pony, Adventure Time) and Jen Hickman (Jem and the Holograms, The Dead), that just HAD to be told at AfterShock!

TED ANDERSON ON WHAT THE STORY IS ABOUT AND WHY READERS SHOULD BE EXCITED FOR IT:

Moth & Whisper is a cyberpunk thriller, set in a near-future dystopian city where the cars are self-driving and the skies are filled with facial-recognition drones. Corporate employees live in well-defended enclaves that might as well be private fiefdoms. Anonymity is impossible; privacy is a thing of the past. In this nightmare of a city, everybody knows that the two best thieves are the Moth and the Whisper, two infiltrators of unparalleled skill, two ghosts with no faces. But nobody knows that the original Moth and Whisper disappeared six months ago, or that the new Moth and Whisper are one and the same person: the child of the Moth and Whisper. Our main character is a highly skilled teenager whose parents raised them to be the best thief in the world, but can they survive on their own? Can they find out what happened to their parents? And can they live up to the reputations of the Moth and the Whisper?

Moth & Whisper is a story about identity: who we are and who gets to decide that for us. Our protagonist, Niki, is a genderqueer teenager trying to fill their parents’ shoes while also trying to establish their own identity. I’m excited for readers to meet Niki; they’re a complex character in a tough situation, navigating a hostile world using their wits, their skills, and a variety of high-tech gadgets. When your face is just another commodity to be bought and sold, the most dangerous person is the one wearing a mask.”

TED ANDERSON ON WORKING WITH AFTERSHOCK COMICS AND THE BOOK’S CREATIVE TEAM:

“AfterShock is the perfect home for Moth & Whisper: they love these big, weird ideas, genre stories with a fresh twist. The artist on Moth & Whisper, Jen Hickman, is a good friend of mine who also happens to be amazingly talented. Jen and I have the same taste in video games and cyberpunk media; they’ve played a huge role in shaping the look of Niki’s world. We’ve been looking for a project to do together for a long time, and I’m so happy I get to work with them on a story that means so much to both of us. And our letterer, Marshall Dillon, has done a lot to establish the “sound” of different voices in the book—his work is really distinctive and adds a whole other layer to the book. I’m really proud of the whole team, and I can’t wait for people to see what we’ve put together.”

JEN HICKMAN ON WHY READERS SHOULD ADD THIS TITLE TO THEIR PULL LIST:

“Moth & Whisper combines a character-driven coming of age story with a good heist/spy story. It’s the kind of book that will delight you with all the wily fun crime stuff, and then keep you cheering for our hero to find what they’re searching for and who they really are. If that sounds up your alley, pick it up!”

JEN HICKMAN ON WORKING WITH AFTERSHOCK COMICS AND THE BOOK’S CREATIVE TEAM:

“So far it’s been wonderful! I love Ted’s writing; the two of us have worked together on a couple of other projects and I find that we click as a creative team really well. Marshall Dillon has really taken Moth & Whisper to the next level with his lettering- I feel very lucky to have him on this book! AfterShock has been great as well, Mike Marts is an incredibly supportive editor and has done an amazing job bringing this all together.” 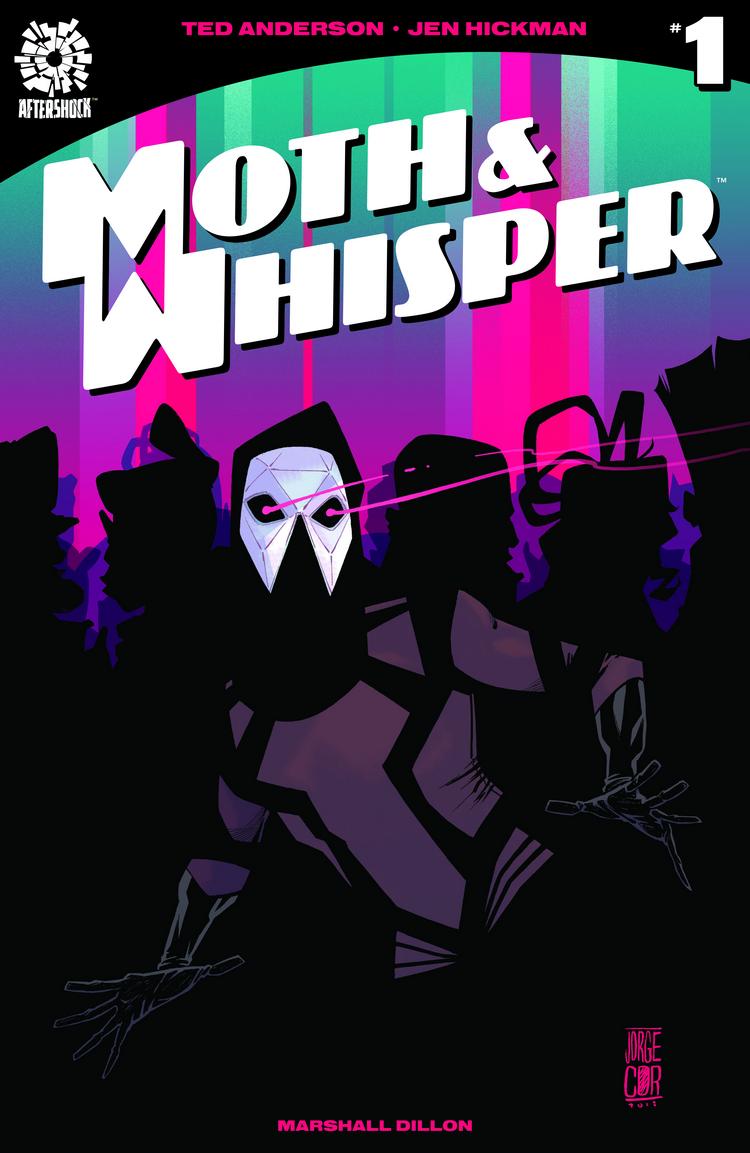 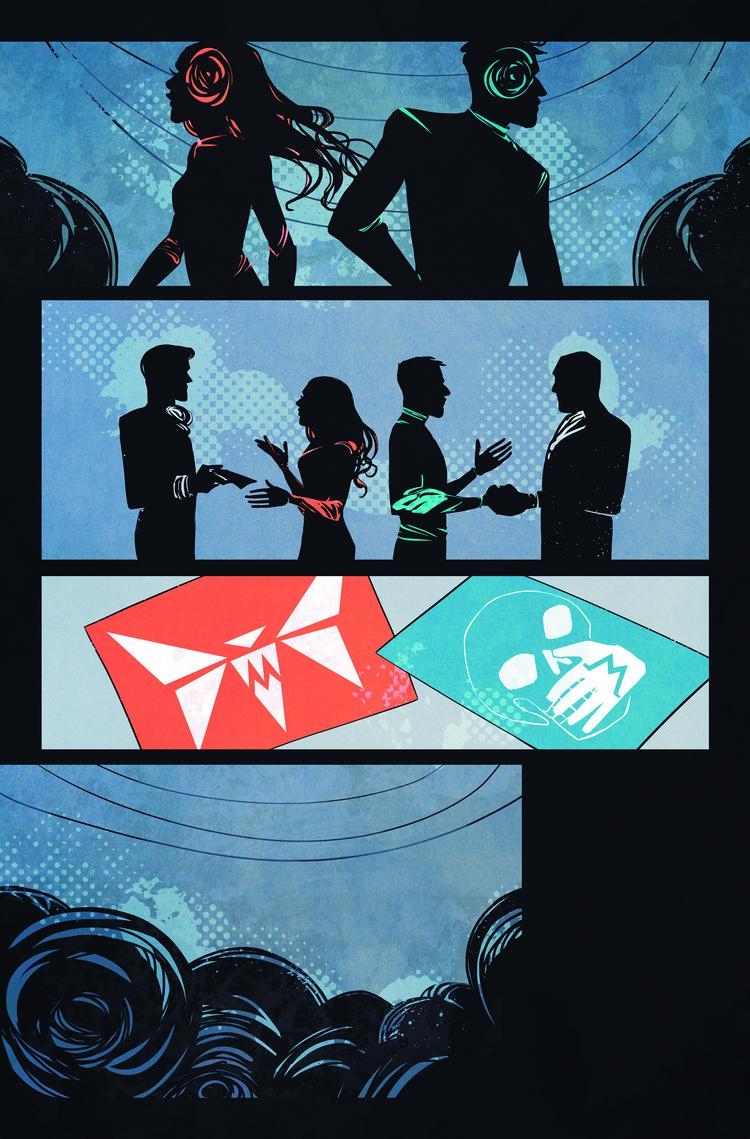 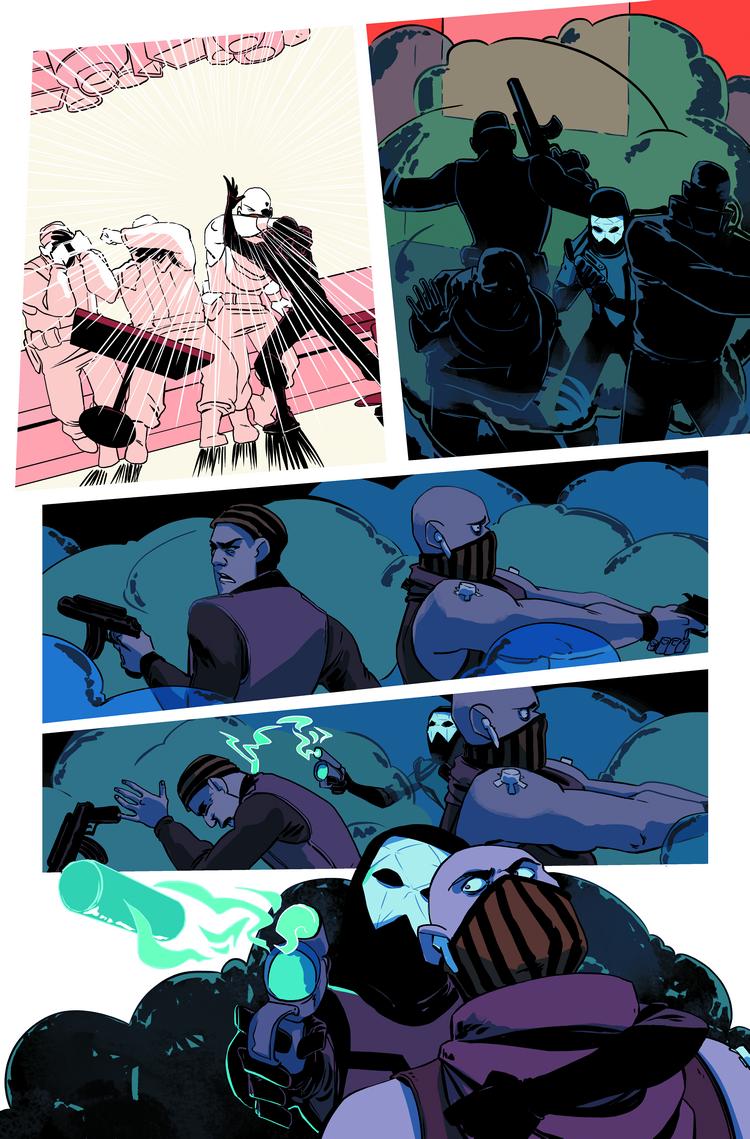 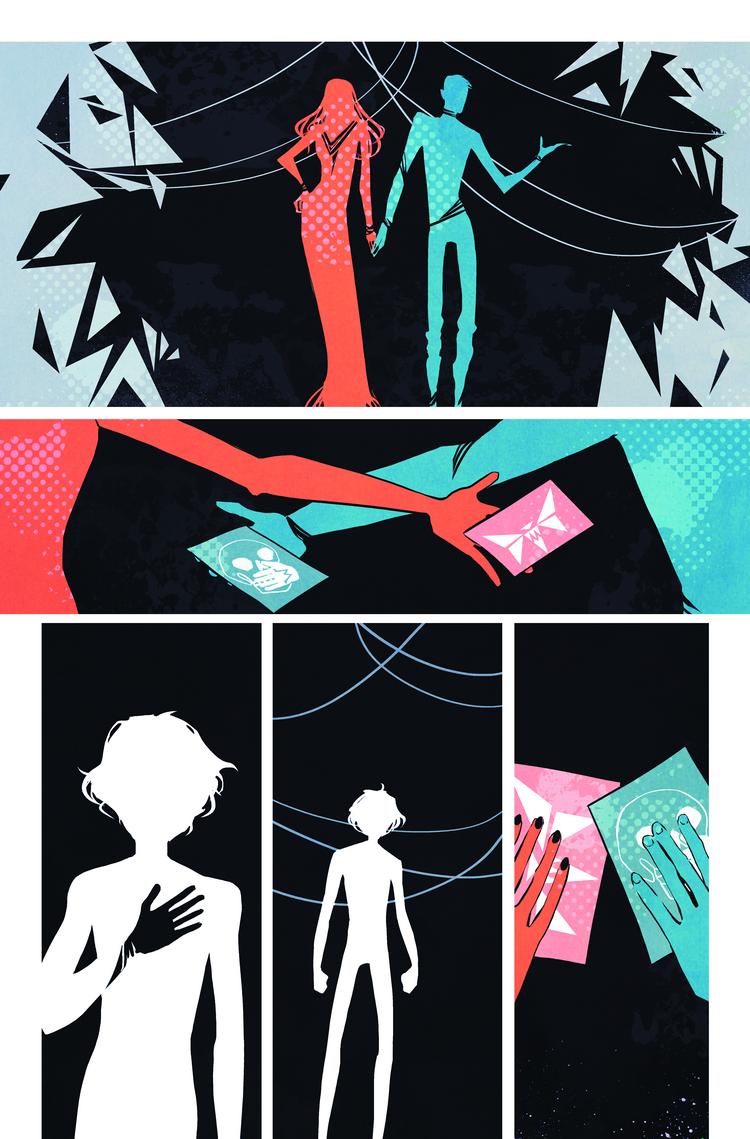