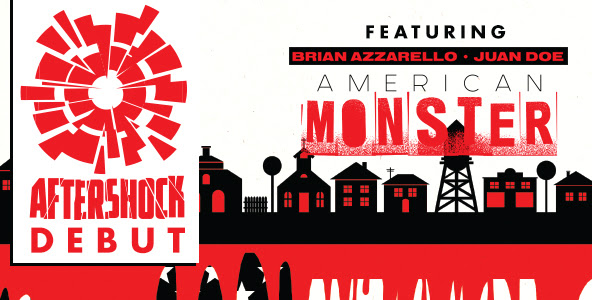 “Since our official launch less than a year ago, AfterShock has experienced incredible traction and acclaim through our inaugural titles from some of the industry’s most celebrated creators,” said Mike Marts, AfterShock’s Editor-in-Chief. “We’re extremely proud of our growing content library and excited to offer AfterShock’s current and future titles to a much wider audience through this partnership with comiXology and Kindle.”

Today’s digital debut of AfterShock Comics on comiXology and the Kindle Store sees all the following titles available, with the addition of Strayer #1 on January 27th:

In addition to the partnership with comiXology, AfterShock has also announced a highly-anticipated project with industry veteran Mark Waid (The Flash; Captain America) for CAPTAIN KID.

CAPTAIN KID tells the story of a middle-aged comics fan who transofmrs into a teen super-hero. If it happened to you, would you ever change back?