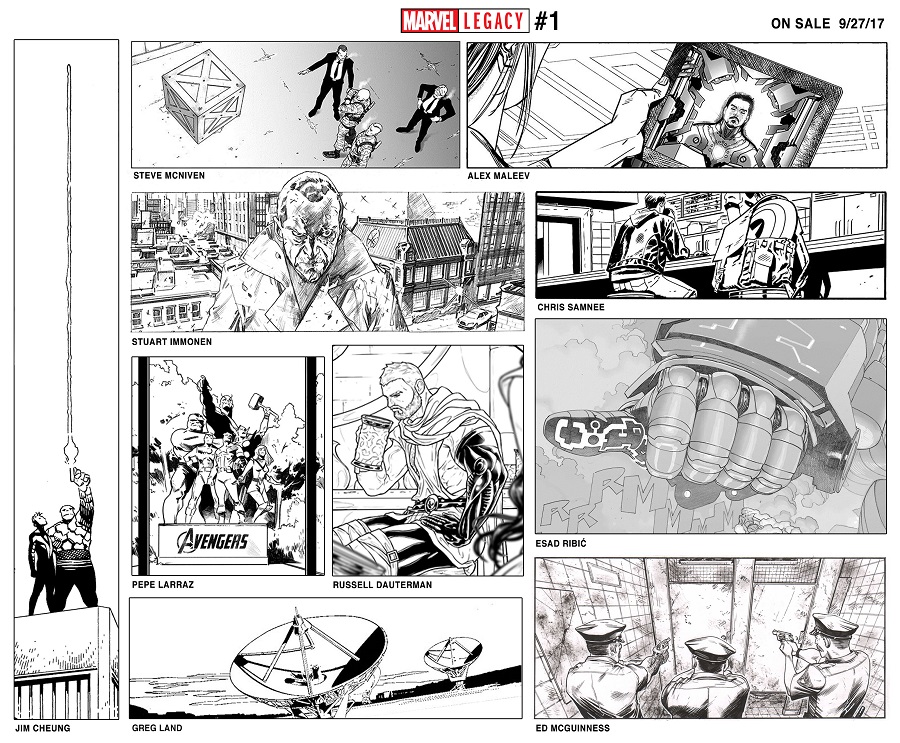 New York, NY—August 17, 2017—This fall, MARVEL LEGACY #1 breaks the barriers of the Marvel Universe with a rich and exciting 50-page one shot that will take you back to the dawn of time with the introduction of 1,000,000 BC Avengers – and sets the stage for the returns and surprises to come in MARVEL LEGACY! And the biggest story in the Marvel Universe just got more spectacular.

“Because the events of MARVEL LEGACY #1 impact on so many corners of the Marvel Universe and reflect the upcoming storylines in so many of our titles, it only made sense to call on the artists most associated with those titles to cement the connection,” said SVP and Executive Editor Tom Brevoort. “Plus, it means that this book represents a Murderer’s Row of artistic talent and a real showpiece for those who love excellent comic book graphics.”

“I was thrilled to join Jason, Esad, and Matt on LEGACY #1,” added Russell Dauterman. “The bit I illustrated checks in with my corner of the Marvel Universe, the world of Thor, and teases our biggest story yet.”

This September, MAKE MINE MARVEL with a story that includes almost every Marvel hero, drawn by some of your favorite Marvel artists! MARVEL LEGACY #1hits comic shops everywhere on September 27th!

“I am really honored to be part of this huge project that is LEGACY,” said Pepe Larraz. “I think it will redefine Marvel Universe as we know it. Enjoy the ride!”