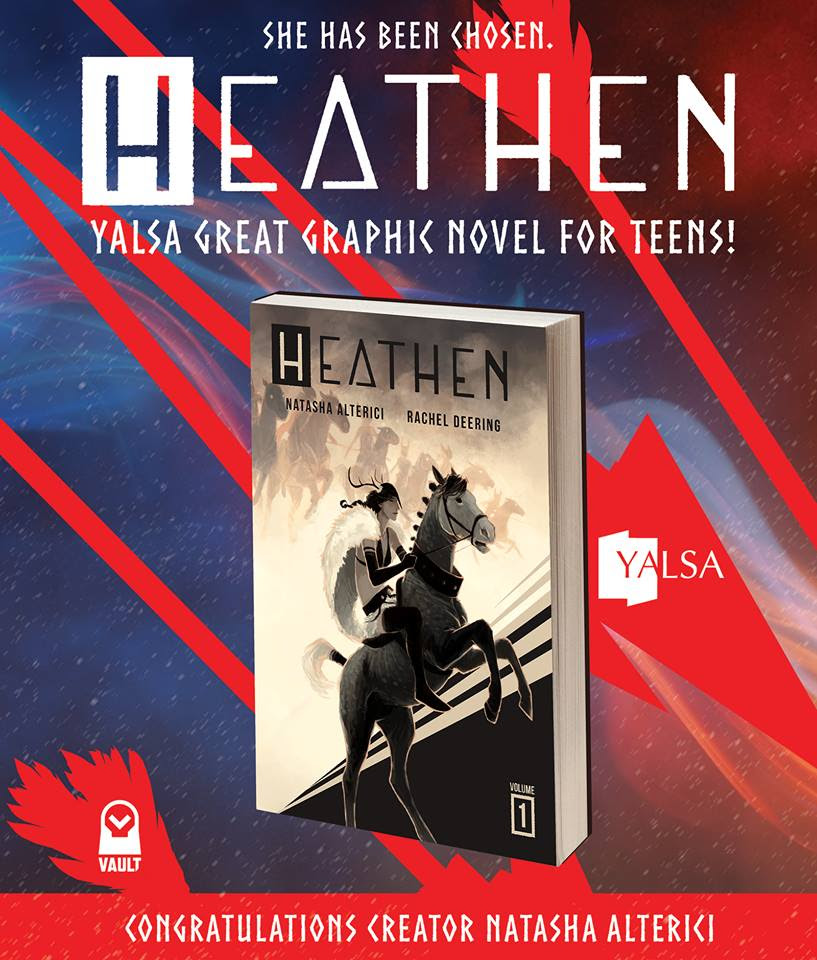 Missoula, MO (2/20/2018): Hot on the heels of being selected as a YALSA Great Graphic Novel For Teens, Heathen: Volume 1 has completely sold out of it’s first print run. In order to meet the high demand, publisher Vault Comics has initiated a rush reprint of the trade paperback, which will hit store shelves on March 28th, 2018.

From critically acclaimed creator Natasha Alterici (Gotham Academy) Heathen is an ongoing Nordic fantasy adventure that defies conventions and expectations. Aydis is a viking, a warrior, an outcast, and a self-proclaimed heathen. Aydis is friend to the talking horse Saga, rescuer of the immortal Valkyrie Brynhild, and battler of demons and fantastic monsters. Aydis is a woman. Born into a time of warfare, suffering, and subjugation of women, she is on a mission to end the oppressive reign of the god-king Odin. Volume One collects the first four sold-out issues of the award winning, fan-favorite series.

Heathen creator Natasha Alterici is a writer and artist living in Tulsa, Oklahoma whose been working as a freelance artist for nearly ten years. Works include Heathen, Dinosaur Project, Gotham Academy: Yearbook, Grayson Annual, The Lez Film Review, Mixed Signals, Lovers and Other Strangers, Transcience and number of others.