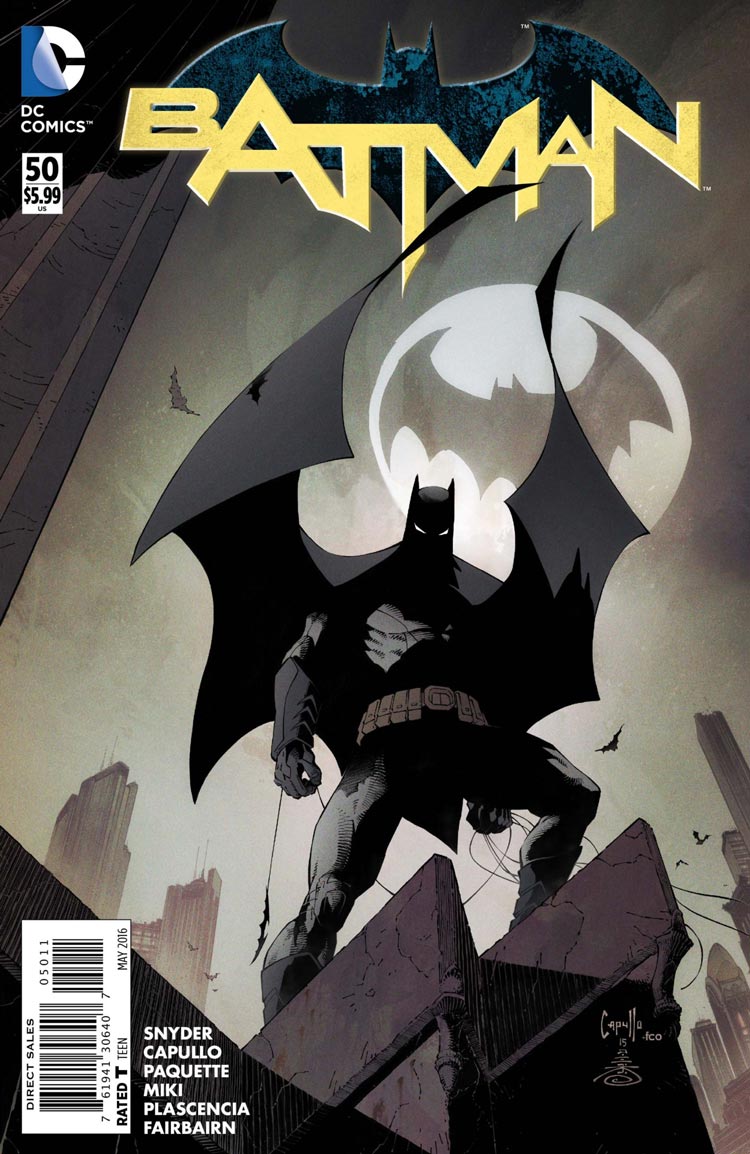 …And Now, A Haiku features a haiku poem inspired by a comic released each week. Some will be silly, some will be serious…all will be haiku. This week, the subject is Batman #50 by Scott Snyder, Greg Capullo, Danny Miki, FCO Plascencia, Yanick Paquette and Nathan Fairbairn.

Superheavy Jim
You were the Bat, now back to
work, Commissioner