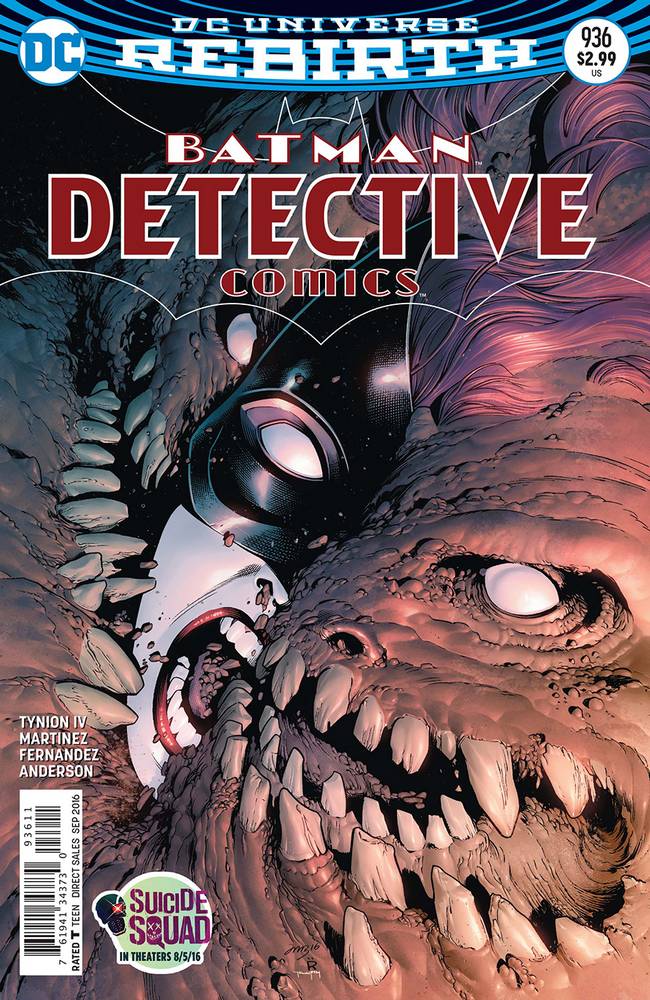 …And Now, A Haiku features a haiku poem inspired by a comic released each week. Some will be silly, some will be serious…all will be haiku. This week, the subject is Detective Comics #936 by James Tynion IV, Alvaro Martinez and Brad Anderson.

A Batman army…
Kate, your old man is a prick
MAKE WAY FOR CLAY BALL
Check back later this week for a new haiku inspired by a current comic!

Now, this next haiku has absolutely nothing to do with comics. On Monday, July 11, my grandfather passed away at the age of 96. Rest in peace, Harry Long.

Go, Grandpa. Be free.
Be the smiling man I knew.
Say hi to Grammy.