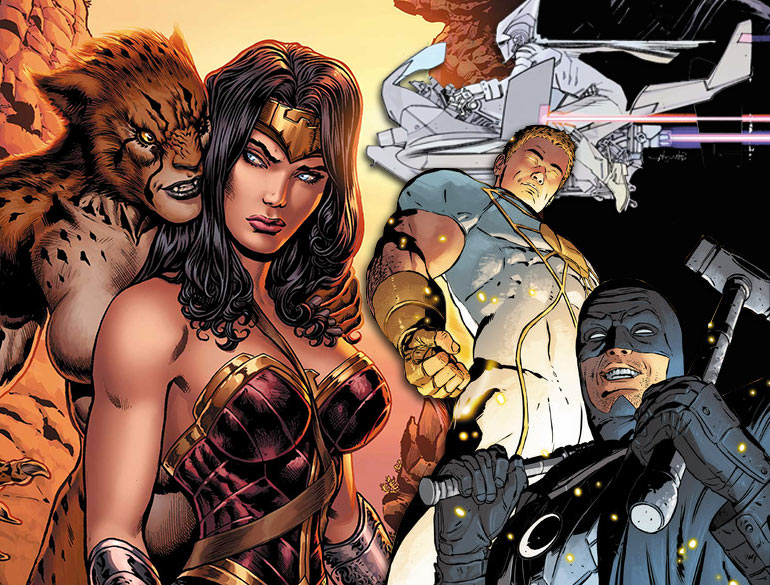 Let’s be frank. I didn’t really think after an explosion of queer characters at DC Comics in 2015 that we’d be back here to do it all over again. DC You seemed designed to highlight marginalized characters in a way Rebirth didn’t when it rolled out in mid-2016. And yet…

Even with the reduction of queer led titles from 5 — Harley Quinn, Constantine: The Hellblazer, Catwoman, Midnighter, and Secret Six — to 2.5 — Harley Quinn, Hellblazer, and the Batwoman co-led Detective Comics — DC soon re-expanded those ranks with 3 more queer-led titles for a net gain. And if early reports bear out, 2017 is looking to be even MORE queer-filled for DC. AND for the other Big Two company Marvel Comics as well!

That said, there’s still a long, long way to go — particularly for transgender characters, who have not seen more than two recurring (supporting only) characters across the Big Two companies in five years. That’s not even close to where we should be on the cusp of 2017.

But, for now, I present 12 moments in 2016 where lesbian, gay, bisexual, transgender, nonbinary, and all-around queer characters got the spotlight in the ever-evolving DC Universe. 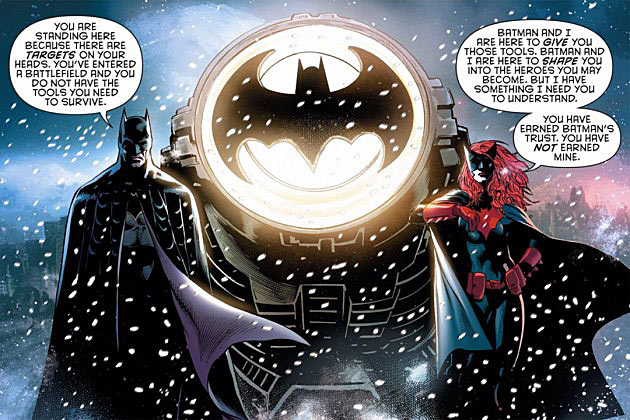 More or less vanishing from the DC Universe after an ill-advised storyline involving vampiric mind control and sexual assault, Kate Kane just needed a little TLC and a new mission. Enter: James Tynion IV’s Detective Comics. Accepting leadership and control of a team of young heroes, Batwoman is now the drill sergeant who takes no guff — even from her own father, who sent an army against the Bat-family to get what he wanted. 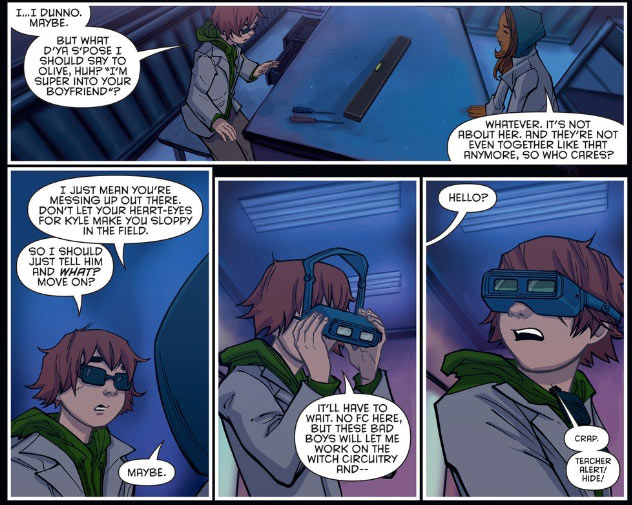 It’s been a long time coming, but all those sideways glances and awkward blushes finally have a point of origin — Colton Rivera’s feelings for classmate Kyle Mizoguchi, Maps’ older brother and fellow Detective Clubber. So far, all we have is a covert admission to best friend Pomeline Fritch, but with Colton on his way to getting expelled from Gotham Academy, the time is now for truth. 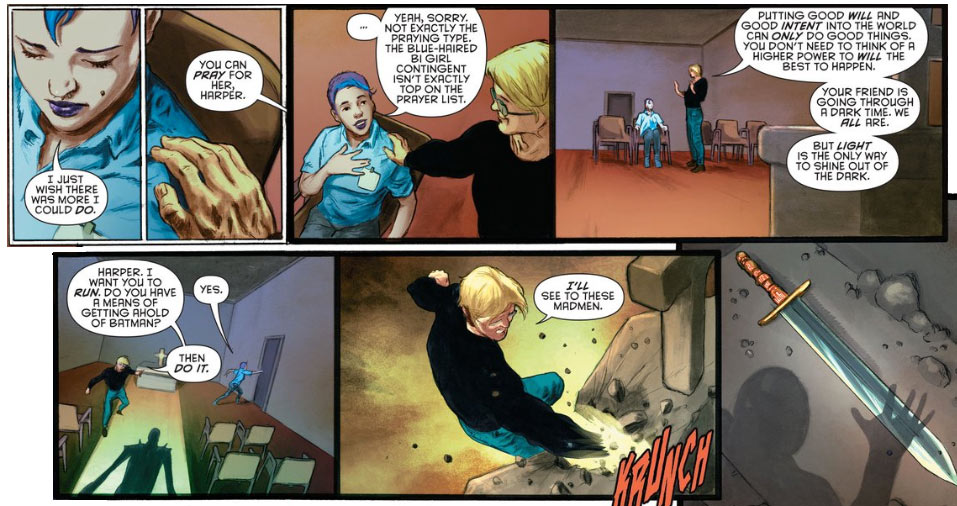 10. Harper Row is blue-haired and bi.

It’s hardly a surprise and a fairly brief reveal, but Harper Row’s coming out to Jean-Paul Valley couldn’t have been more straight-forward and blasé — and why not? With a gay little brother and a city positively jam-packed with queer ladies, Harper has joined a fantastic family of out heroes. Now, if only the other half of my “Casper” ship could come out… 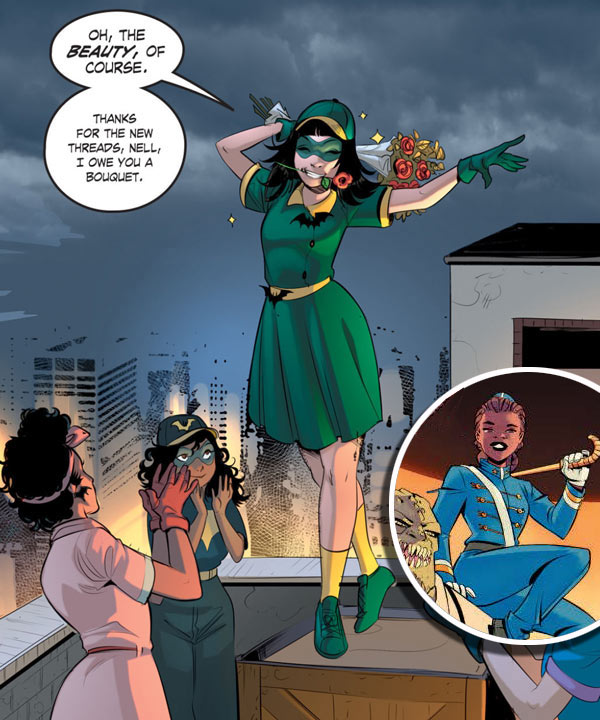 These ladies had a big role in the conclusion of the Stewart-Fletcher-Tarr Batgirl run, but once Rebirth hit, both Frankie Charles and Alysia Yeoh were left a bit in the DCU dust. While both are said to be returning to the Batgirl title in early 2017, Marguerite Bennett wasn’t about to let moss grow on these heroines, giving Alysia a coveted spot among Batwoman’s Batgirl squadron and putting Frankie at the head of a brand new team co-starring Batgirl: The Suicide Squad of DC Comics Bombshells‘ World War II.

8. Midnighter and Apollo are reunited.

We watched as Midnighter played the field… and ultimately settled down with a serial killer set out to destroy him. We reveled in the fact that M loves kicking ass as much as he loves fucking it. But the biggest cheer came when, moments from death, M pulled one last Hail Mary and called Apollo. All it took was some bare thigh and one man carrying another through the burning sky, and we were in love again. Now all Midnighter needs to do is rescue his beau from Hell. Easy! 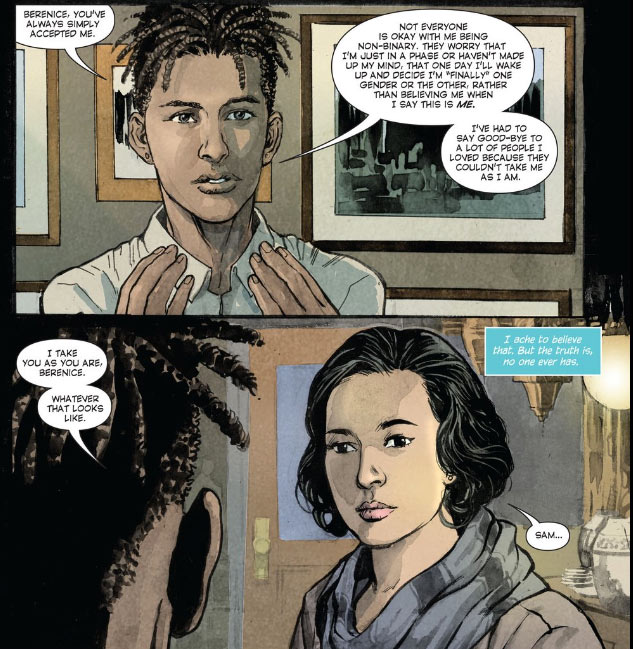 Taking Deadman out of his traditional circus environment or anything vaguely resembling a super-hero tale, The Dark Mansion of Forbidden Love instead brings the body-jumping ghoul into a classicly macabre world of gothic romance with a very modern twist: Berenice is queer and her friend Sam is perhaps the DCU’s first nonbinary character. And both are treated with the respect and depth which they deserve.

It was a brief flash of a return in DC Universe: Rebirth (with his full heroic debut arising in March with the second arc of Rebirth’s new Teen Titans series), but Jackson Hyde A.K.A. Kaldur’ahm is officially back — and he’s gay, just as the writers on the Young Justice animated series intended and never quite got to. Now, both the comic and the returning television show will give us our chance to see a gay teenager of color take the lead over his respective teams! 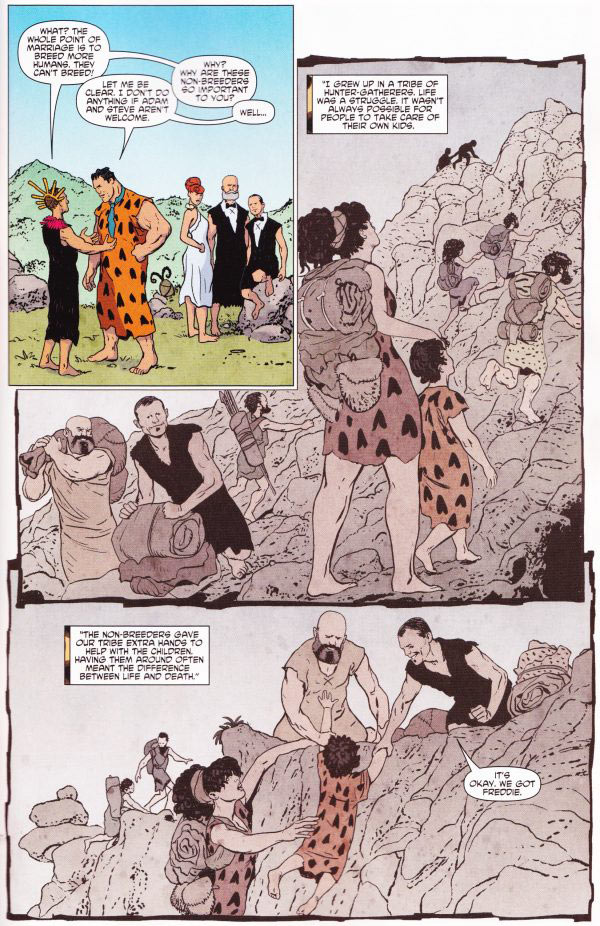 5. Adam and Steve get married.

The Flintstones has proven to be THE huge surprise from among the Hanna-Barbera titles DC relaunched this year with star creative teams. We all knew Future Quest would be great, and rolled our eyes at the misogyny of Wacky Raceland, but by the time we got to The Flintstones #4, I was already hooked on its clever social commentary and empathetic renditions of Fred, Wilma, and the rest. So when it’s revealed that Fred Flintstone was raised, in part, by a lovely same sex couple named Adam and Steve — who then get married, bucking the trend of sex-cave dwellers of the Paleolithic — it’s pretty safe to say my heart grew two sizes too big. 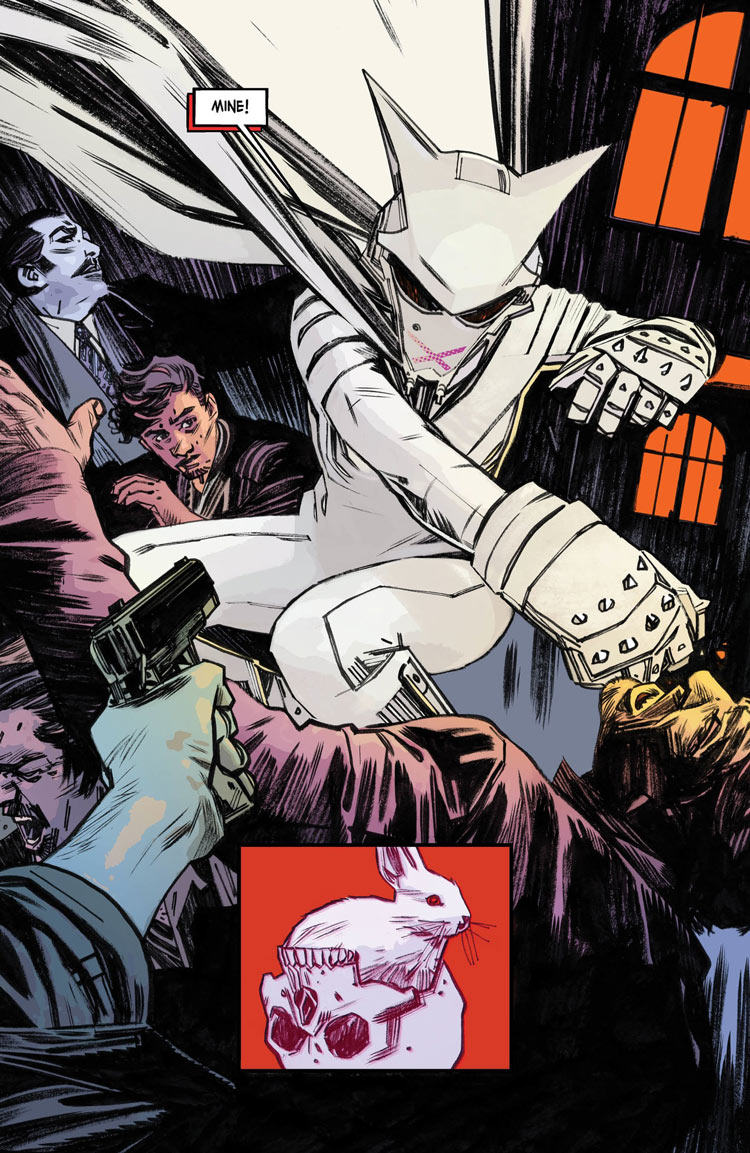 With issue #1 arriving the week of the U.S. national election, none of us could have predicted how much we’d need another ultra-violent, anti-establishment queer hero to get us through. But in rides Mother Panic from the Young Animal line and there’s some small comfort to be found in getting yet another incredible bisexual anti-heroine in the streets of Gotham. 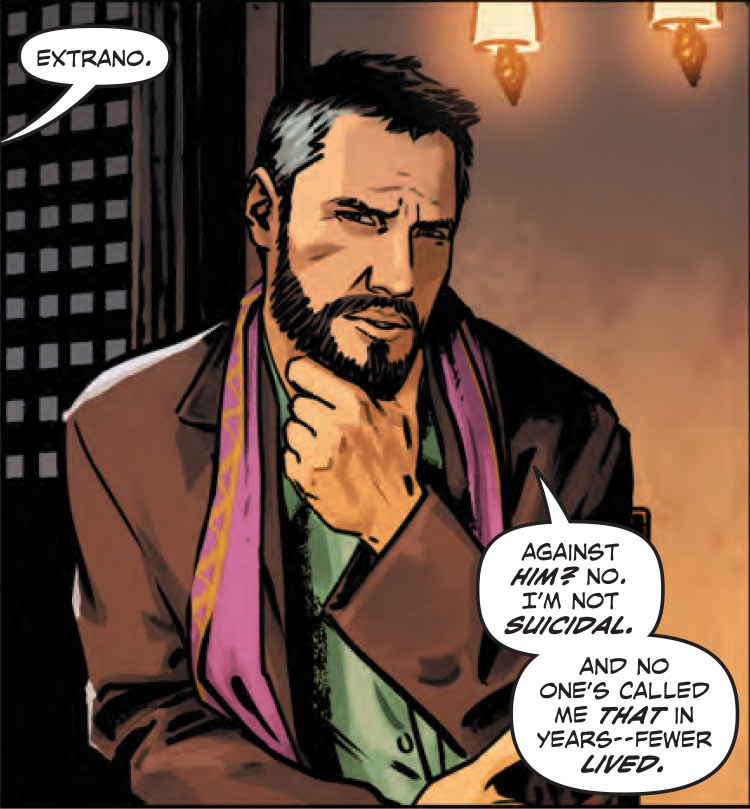 As DC’s first gay super-hero, Extraño was, shall we say, a bit of a disappointment. Arriving in 1988’s Millennium mini-series at the height of the AIDS Crisis, this Peruvian magic man was every negative stereotype you could possibly imagine about an out gay man — from pencil-thin mustache to flowing cloaks of purple, pink, and green. Flash forward almost 30 years and Steve Orlando brings Extraño back to the world in stunning GQ Gen-X queer fashion. And I mean, fashion! Now the DC Universe equivalent to Dr. Strange, Sorcerer Supreme, Extraño works his magic from his home in Peru with his husband Hugh (The Tasmanian Devil) and their adopted child, an real life angel. 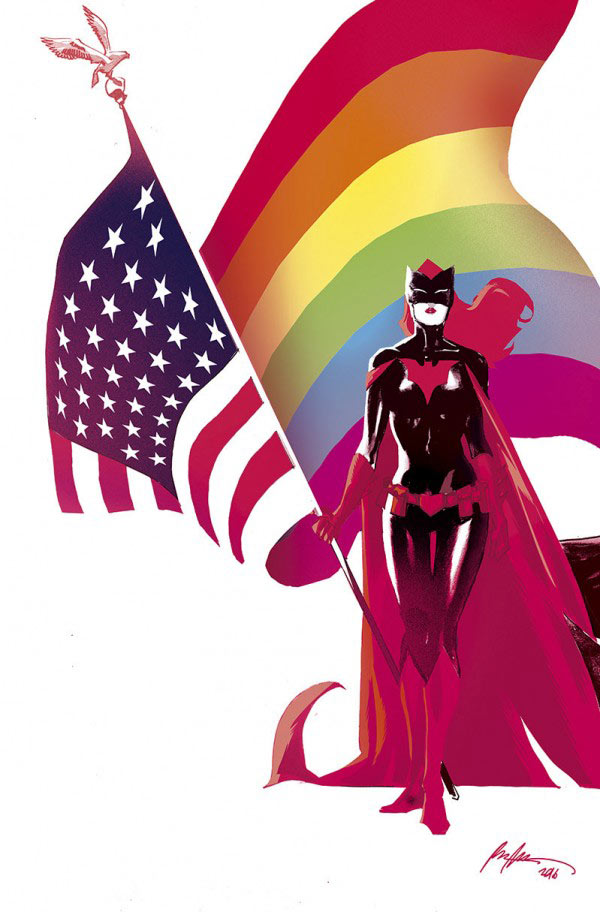 2. DC teams with IDW for Love is Love.

In the wake of the horrific mass shooting at Pulse, a queer nightclub in Orlando, Florida, writer Marc Andreyko put out a call for comics creators to donate time and story to a fundraising project benefiting Equality Florida, in support of victims, survivors, and families of both from that tragic event. And the comic community responded! 100 short stories later, with publishing support from DC Comics and IDW Publishing (as well as a notable contribution from Archie Comics), and the anthology Love is Love arrives in stores in just one week, honoring the strength of a community that refuses to back down to oppression and hate. 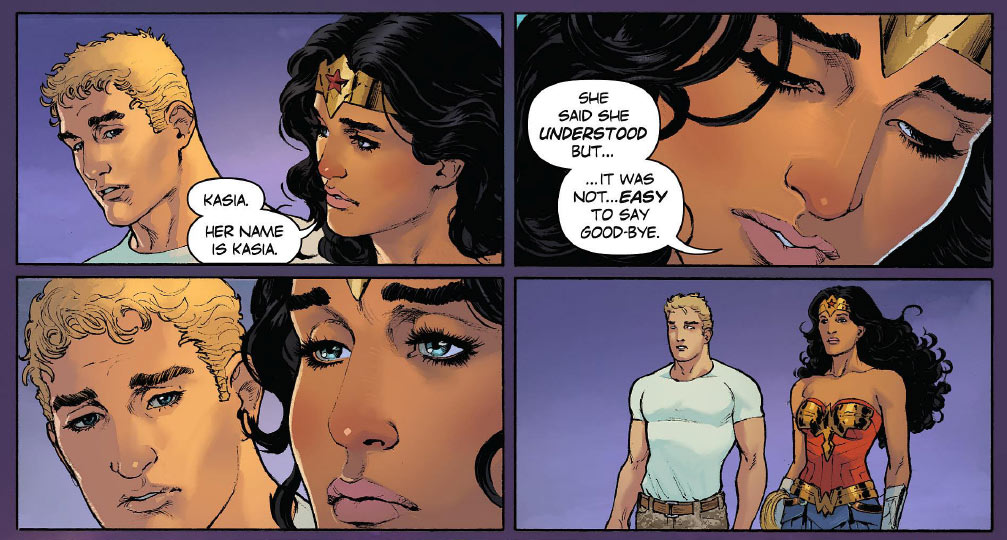 1. Wonder Woman comes out. And so do her friends.

Confirming what many creators and fans have believed for years, DC Comics finally put forward an essential truth on behalf of one of its most famous super-heroes: Wonder Woman is bisexual, heralding from a decidedly queer culture of Themyscira. Leaving behind a lover on Paradise Island, Kasia, many other wishful female suitors, and two mothers in committed couple Queen Hippolyta and General Philippus, Wonder Woman made an incredible sacrifice to leave her home to battle an unknown evil, knowing she could never return.

But as we soon learned, Diana did not leave all the queer women back home on the ranch. Surrounding herself with two strong women almost immediately upon arrival, it was only a matter of time before Barbara Ann Minerva (the once and future Cheetah) and Lieutenant Etta Candy cleared the air and wore their own queerness on their sleeves. 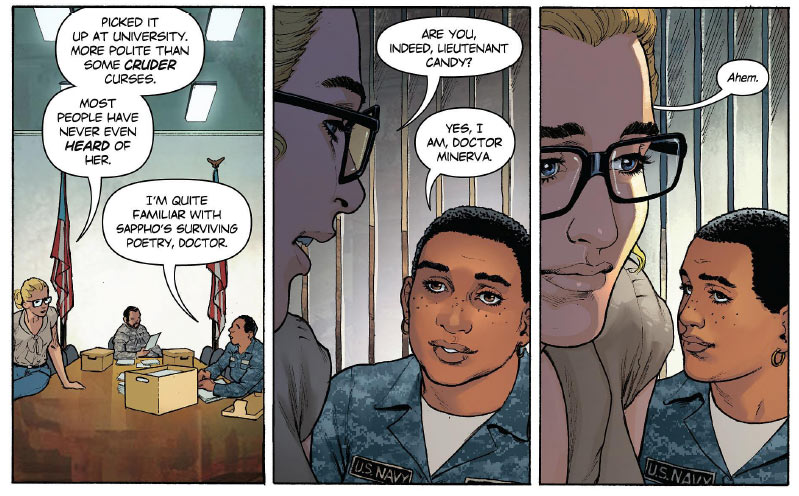