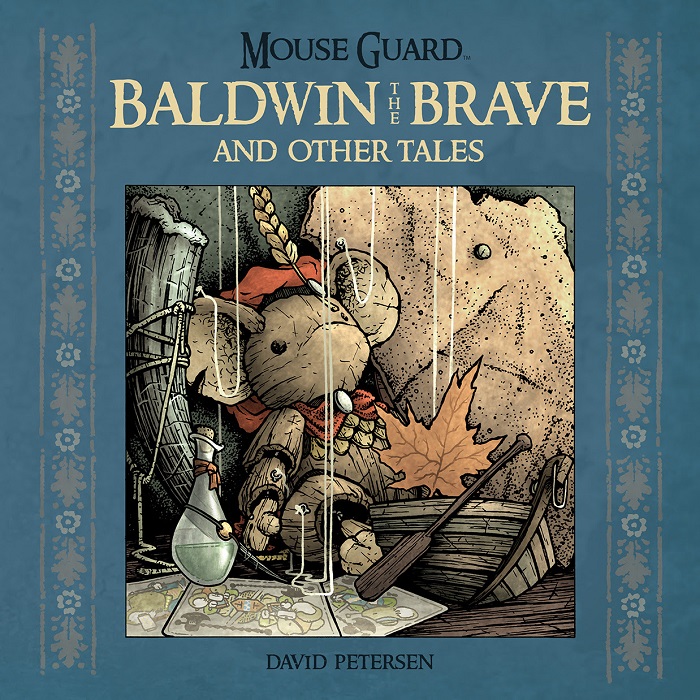 MOUSE GUARD is the much-celebrated series of 8″ x 8″ comics created by Petersen and first published by Archaia in early 2006. Since then, the series has earned several Eisner Award and Harvey Award nominations and wins, and three of the collected MOUSE GUARD collections placed on The New York Times best-sellers list for hardcover graphic books.

In MOUSE GUARD, mice struggle to live safely and prosper among all of the world’s harsh conditions and predators. Thus the Mouse Guard was formed. They are not simply soldiers that fight off intruders; rather, they are guides for commonmice looking to journey without confrontation from one hidden mouse village to another. The Guard patrol borders, find safeways and paths through dangerous territories and treacherous terrain, watch weather patterns, and keep the mouse territories free of predatory infestation. They do so with fearless dedication so that they might not just exist, but truly live.