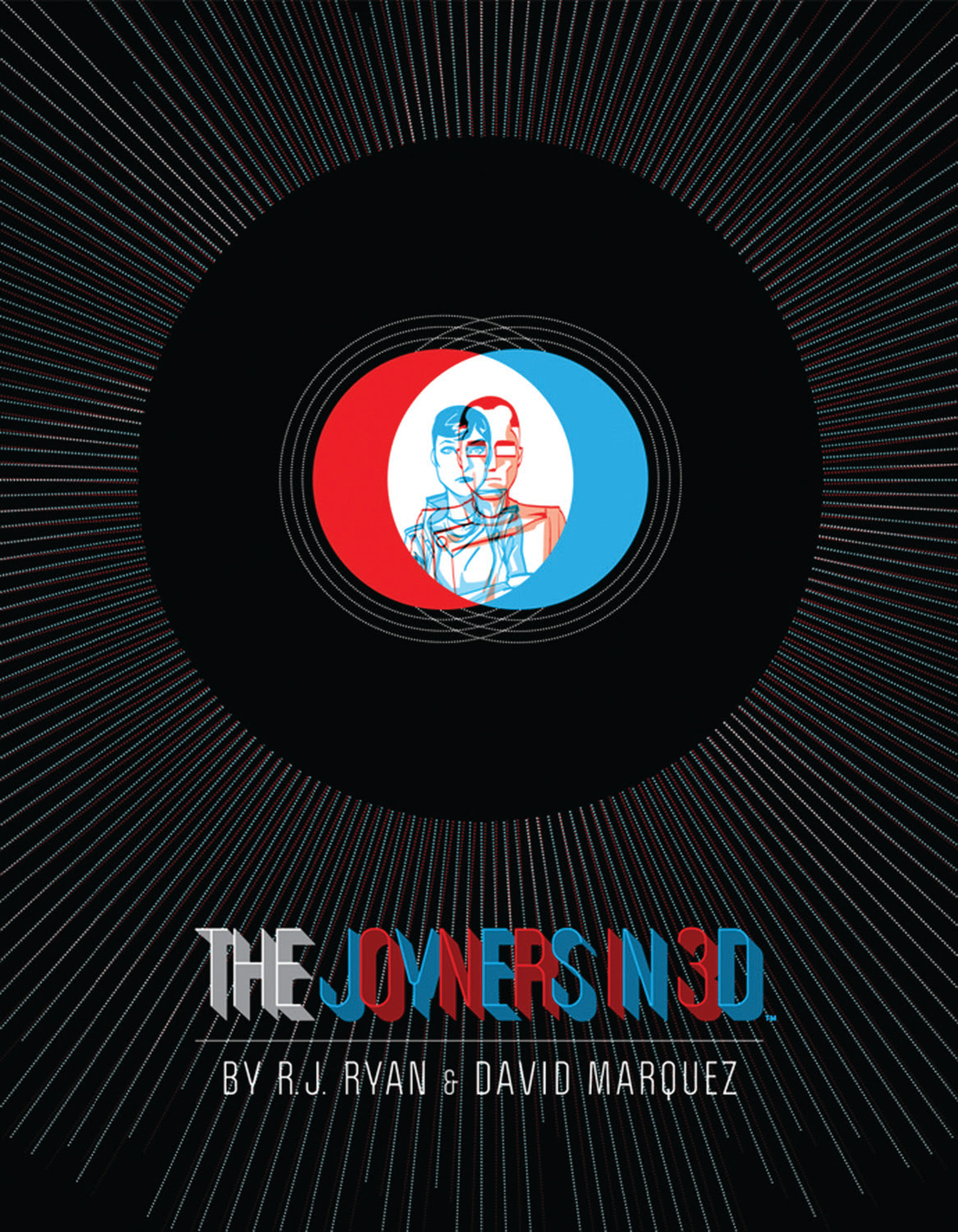 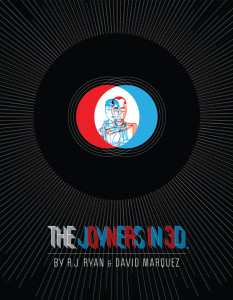 “THE JOYNERS IN 3D is not only a labor of love and storytelling for R.J. and David, but a crowning achievement in presentation,” said BOOM! Studios Editor-in-Chief Matt Gagnon. “Archaia has consistently pushed the boundaries with the types of stories it publishes, and JOYNERS is no exception. I love that the use of 3D here is not a gimmick. It’s an essential tool for the narrative, and one you’ll enjoy discovering while reading the book.”

WHY WE LOVE IT: We’ve been fans of R.J. Ryan and David Marquez ever since we published their first collaboration (along with co-writer Daniel Quantz), SYNDROME. When they came to us with this idea—with Marquez proclaiming he and his studio assistant, Tara Rhymes, were going to teach themselves how to do all the 3D conversion—we knew it was exactly the ambitious challenge we love to take on. Add to that the fantastic book design by Eisner Award-nominated Jon Adams (TRUTH SERUM), and the final result simply blew us away.

WHY YOU’LL LOVE IT: On the surface, you’ll be attracted to THE JOYNERS IN 3D for its 3D novelty, but once you read it, you’ll be engrossed by Marquez’s line work, the visions of a possible future (flying cars, floating skyscrapers, and robot butlers!), and the haunting story of a successful businessman whose deteriorating life at home leads to a tragic conclusion. This is the idyllic 1960s Jetsons-inspired vision of the future turned on its head with a deconstructive eye in the spirit of Warren Ellis.

WHAT IT’S ABOUT: Regardless of the technological advances made by the year 2062, people are still just as fallible as they’ve been for thousands of years. Brilliant engineer George Joyner and his team have just invented a revolutionary device that will change the course of human history, yet George is teetering on the edge of self-destruction thanks to his selfishness, narcissism, and relentless pursuit of success in the business world. THE JOYNERS IN 3D is the complete account of the sudden unraveling of the “perfect” family of the future, and the hubris that brings about George’s professional demise.

THE JOYNERS IN 3D arrives in comic shops on February 19th with a cover price of $29.95 under Diamond order code SEP130875. Every copy ships with a pair of custom “his” and “hers” 3D glasses. Not sure where to find your nearest comic retailer? Use comicshoplocator.com or findacomicshop.com to find one! It’s also available for order directly from boom-studios.com.

ABOUT ARCHAIA
Archaia (archaia.com), an imprint of BOOM! Studios, is a multi-award-winning graphic novel publisher with more than 75 renowned publishing brands, including such domestic and international hits as MOUSE GUARD, RUST, COW BOY, CURSED PIRATE GIRL, GUNNERKRIGG COURT, and ARTESIA. Archaia has also published an entire line of graphic novels in partnership with The Jim Henson Company, including the multiple award-winning JIM HENSON’S TALE OF SAND and such beloved tales as THE DARK CRYSTAL, THE STORYTELLER, and FRAGGLE ROCK. In addition to its partnership with Henson, Archaia has forged creative partnerships with storytellers in all facets of the entertainment industry, resulting in print and digital expansions of such noted properties as BLEEDOUT and HAWKEN (video games), IMMORTALS and PLANET OF THE APES (film), and SPACE: 1999 (television). Alongside these celebrated titles, Archaia has released English translations of numerous renowned foreign titles to much fanfare, including THE KILLER, Sergio Toppi’s SHARAZ-DE: TALES FROM THE ARABIAN NIGHTS, and THE SECRET HISTORY. In June 2013, Archaia was acquired by BOOM! Studios (boom-studios.com). Founded by Ross Richie in 2005, Diamond Gem Award-winning “Best Publisher” BOOM! Studios generates a constellation of best-selling Eisner and Harvey Award-winning original and licensed comic books and graphic novels with the industry’s top talent.