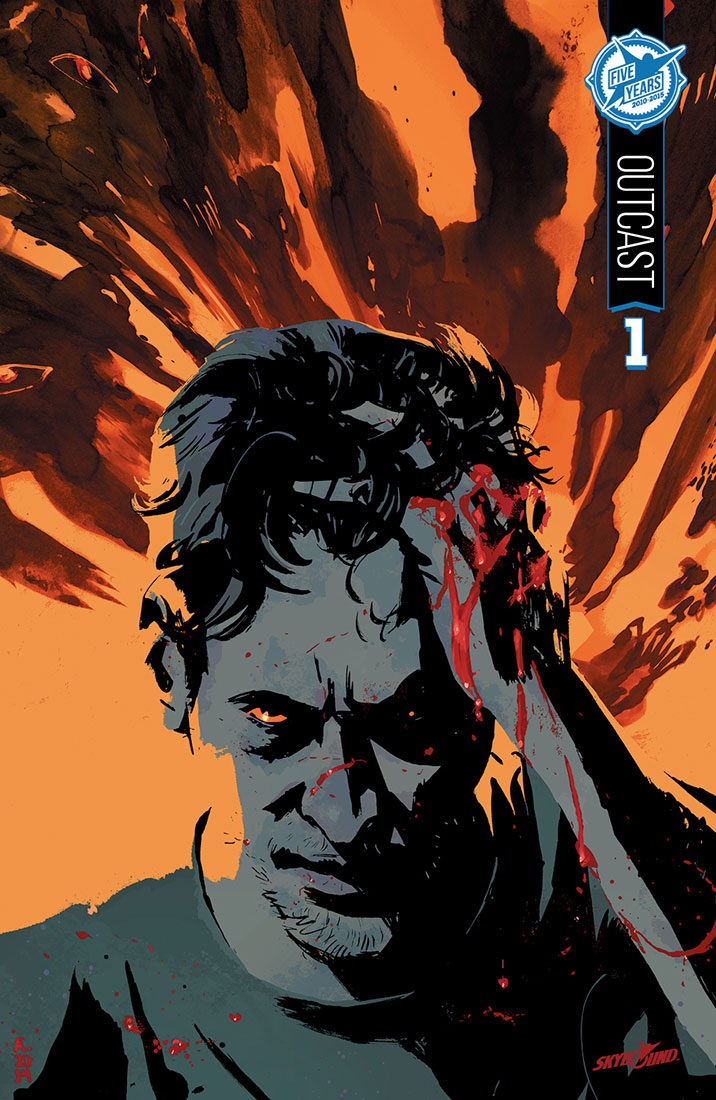 Atria Books, an imprint of Simon & Schuster, Inc., and Skybound Entertainment, the multi-platform entertainment company responsible for such television hits as The Walking Dead, Fear the Walking Dead and Outcast have announced a new co-publishing imprint, Skybound Books, which will focus on science fiction, fantasy and horror properties.

Skybound Books will initially publish four to six titles per year and will include original works of fiction and nonfiction as well as books derived from existing and forthcoming Skybound Entertainment properties.

Entertainment has hired Michael Braff as Senior Editor of the imprint, based in Los Angeles. He comes to Skybound after ten years at Penguin Random House, where he acquired and edited numerous best-selling and award-winning science fiction and fantasy titles for Del Rey Books. Sean Mackiewicz will oversee Braff and all strategic functions of the imprint in his new role as Senior Vice President, Editor-In-Chief at Skybound Entertainment. Sean previously served as Editorial Director at Skybound since 2012.

Judith Curr, President and Publisher of Atria Books, negotiated the world rights deal alongside Atria’s Vice President and Editor-in-Chief Peter Borland, and Borland and Senior Editor Jhanteigh Kupihea will be the editorial liaisons. Judith Curr said, “This dynamic co-publishing partnership with Skybound—one of the most innovative companies in Hollywood- provides an opportunity to build a publishing home within Atria for writers with bold, new voices and creative visions.”

“This co-publishing partnership between Skybound Entertainment and Atria Books comes at a really exciting time for the company,” said Skybound Entertainment Chairman and The Walking Dead creator Robert Kirkman. “We are on a relentless search to find different ways to tell the stories from some the most creative minds out there, and Skybound Books imprint is a very important component of that endeavor.”

Atria Books, an imprint of Simon & Schuster, a part of CBS Corporation, a global leader in general interest publishing, dedicated to providing the best in fiction and nonfiction for readers of all ages, and in all printed, digital and audio formats. Its distinguished roster of authors includes many of the world’s most popular and widely recognized writers, and winners of the most prestigious literary honors and awards. It is home to numerous well-known imprints and divisions such as Simon & Schuster, Scribner, Atria Books, Gallery Books, Pocket Books, Touchstone, Adams Media, Threshold Editions, Simon & Schuster Children’s Publishing and Simon & Schuster Audio and international companies in Australia, Canada, India and the United Kingdom, and proudly brings the works of its authors to readers in more than 200 countries and territories. For more information about Atria, visit our website at http://imprints.simonandschuster.biz/atria.