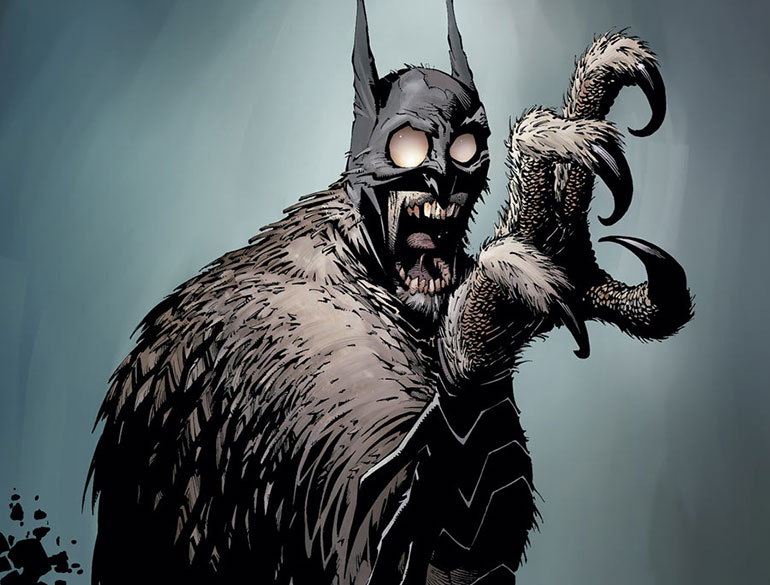 Come Saturday morning, all will be revealed about DC Comics’ new plan for their main hero universe with the live streamed #Rebirth announcements at Wonder Con at 9am PT. The New 52 had its ups and downs, but before it can all be reborn, we’ve been looking back at the best of the best over the course of the last five years. Counted down from 20 to 1 in four days, we’ve finally arrived at the top five classic runs DC Comics given us since September 2011! 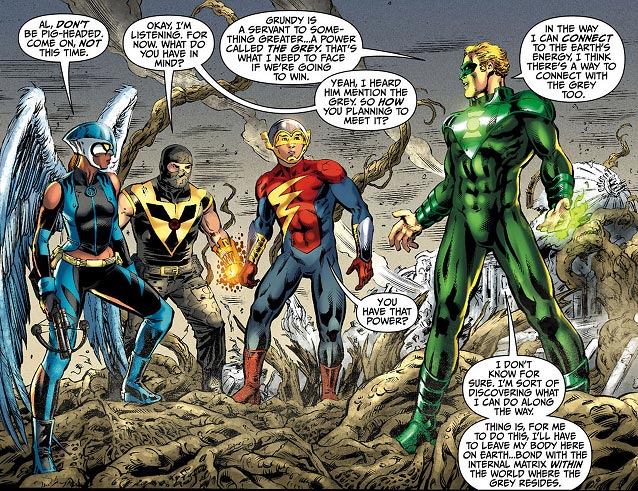 Before World’s End and Convergence pulled an entire universe apart, Earth 2 was perhaps the most daring of DC’s New 52 properties in its scope and attempt at a fresh take on old ideas. A book about an entire WORLD of Wonders, evolving from the Trinity, but not dependent on them anymore. And every character felt fully realized under Nicola Scott’s outstanding pencils and through masterful characterization, first by James Robinson and followed by Tom Taylor. The Golden Age heroes of the Justice Society were at war constantly, but every issue showcased deeply profound moments in the lives of these untested heroes, and introduced some of the most stunning versions we’d seen in ages. From a brand new Jay Garrick unsure of his new role as the Flash to Val Zod, the refugee pacifist from the planet Krypton who took up the Superman mantle unwillingly, every character shone in the darkness. And the return of Earth 2’s Lois Lane as a female robotic Red Tornado is one of the greatest character moments in the entire New 52. This is something to desperately hope to see remain as Rebirth comes around.

“A fantastic example of how one can re-envision an entire universe after decades of stories and develop new concepts and echoes of the past that feel fresher than ever.” 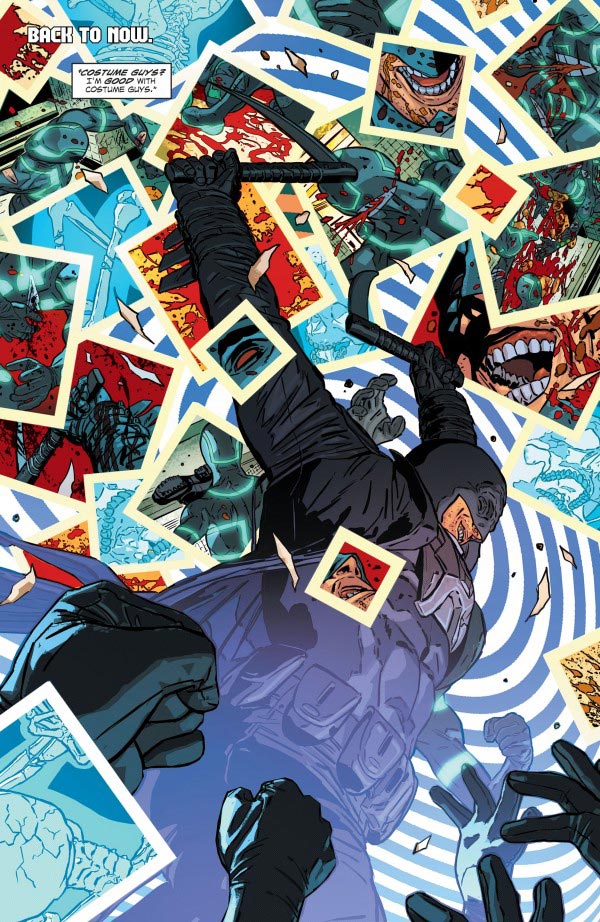 As DC’s character offerings diversified in the past year, fans were reintroduced to the man who likes kicking ass as much as… um… err… appreciating it. Midnighter not only is an openly gay male character in a genre that hasn’t supported title LGBT characters historically (although at their height in 2015, DC Comics featured 6 ongoing titles with queer leads), but he’s also a single gay male character — an almost total anomaly for super-hero comics. Steve Orlando’s perfect balance of relationship moments and hardcore action was further punctuated by the unique and brilliant style of artist ACO. As a one-two punch of creative excellence, these two brought Midnighter to the head of the class in the New 52, and showed DC’s investment in quality more than any other book last year. 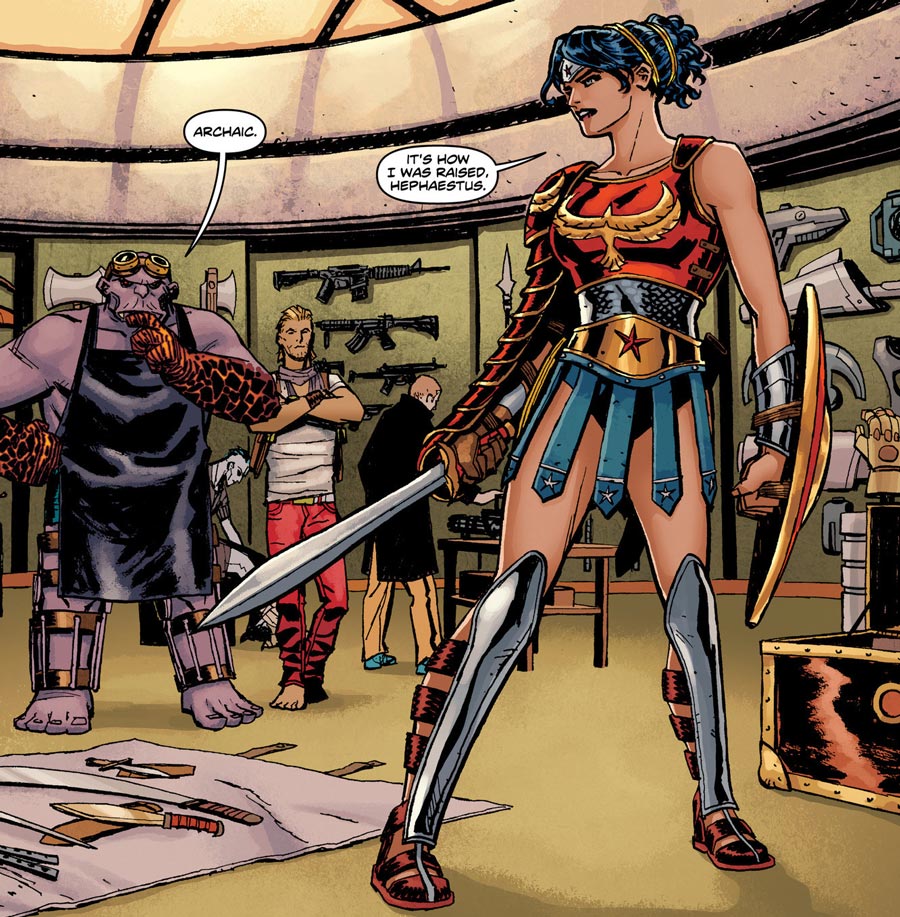 Controversial at times, utterly astonishing at others, Wonder Woman was an early break-out hit for DC in the New 52, taking the warrior queen to an entirely new place and style of storytelling we’d not seen from her before. Azzarello completely severed Diana from the rest of the universe narratively to weave a tale that mimicked an odyssey of sorts, but at its root was so essentially Wonder Woman: protecting a child from those who would hurt him. A new origin, a new extended family in both Olympian Gods reimagined by Cliff Chiang’s beautifully fantastic designs and all new characters, a new home base in London, and style that would make any cosmopolitan woman or man jealous — Diana broke out into a new life with revelations that challenged everything she held dear. And yet, she thrived, even going so far as to take on the most challenging role of all — and one that would intellectually upend her mission — the God of War.

“It has always been a struggle for not just the comic Wonder Woman character, but the idea of what Wonder Woman is as a cultural force. Does she promote violence? Is she a peace-keeper? Azzarello moves Diana into a place where she can fully embrace her new role on Olympus, as a warrior, and as an Amazon.” 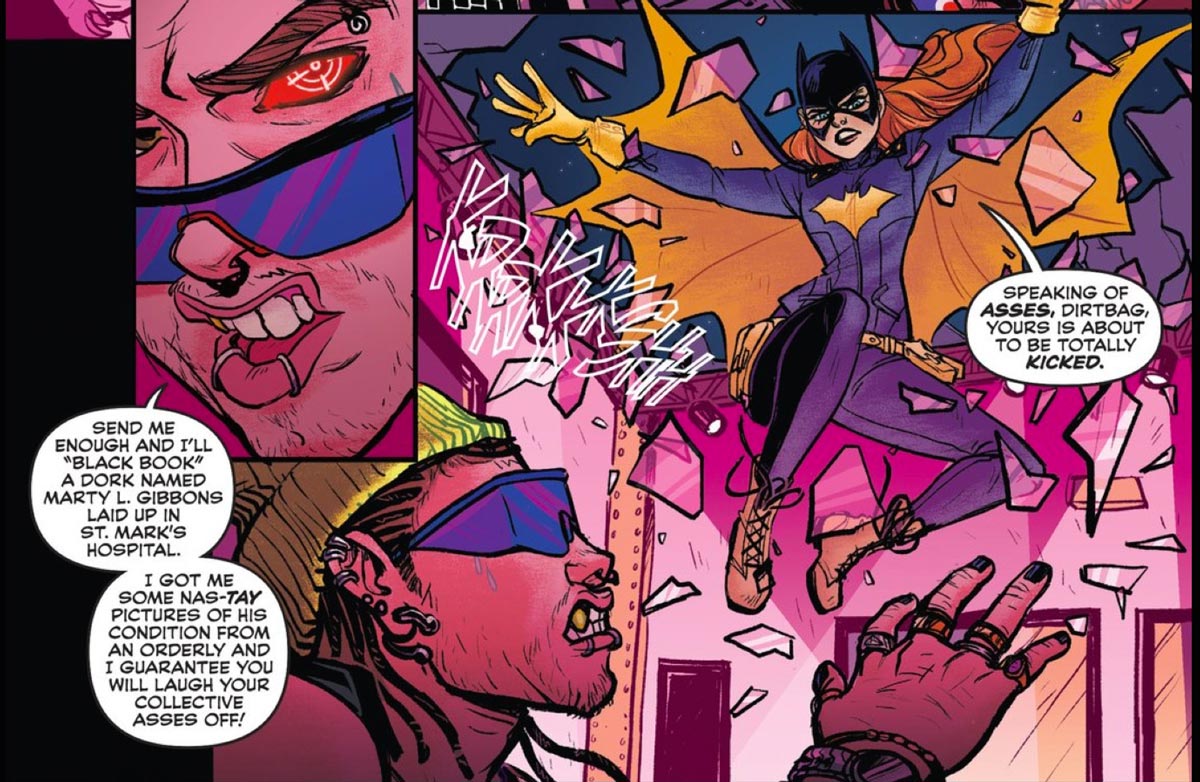 Batgirl — more than any other character in the New 52 — has had two lives, and the second one began in a borough outside Gotham City called Burnside. When Cameron Stewart, Brenden Fletcher, and Babs Tarr took Batgirl over from Gail Simone in 2014, there was a lot of skepticism to go around. The look of Barbara Gordon was significantly different — more real world and less armored, more functional and fun than militarized. And what we came to realize quickly was that the breath of life and love was being pumped back into a character who deserved to finally overcome the tragedies that had befallen her — tragedies that no male character would ever have lingered over for so long. The result was an immediate revolution and chatter about who was reading comics, who was being represented, and what it means to return to free and fun adventure in the DC Universe. In part responsible for inspiring the DC You campaign last year, the current Batgirl series remains one of the brightest spots in the DC line as a whole.

“Finally, we have the Barbara promised, who has friends and support field around her to drive ahead and take on anything.” 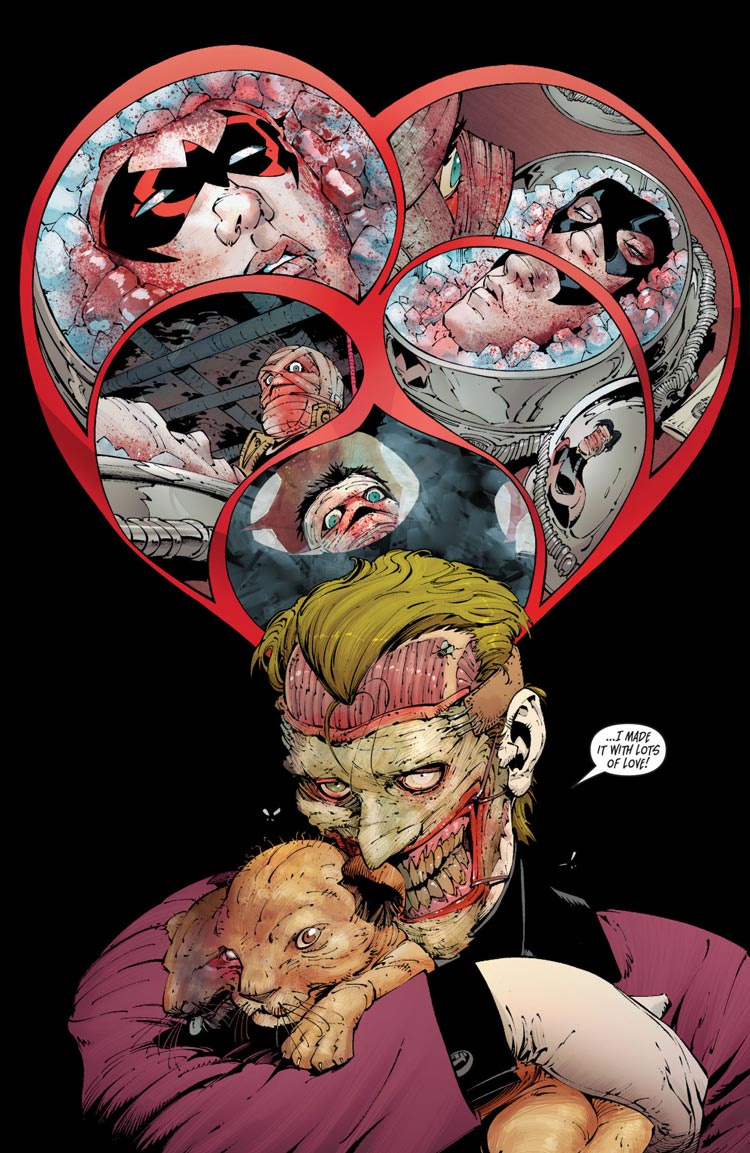 And if there ever was an easy pick for a #1, Scott Snyder and Greg Capullo’s Batman would be it.

Consistent best-seller. The only creative team to last the entire New 52 together telling one continuous story. And a story that not only reinvigorated Batman’s family, introduced newly classic villains like the Court of Owls, and redefined Batman’s relationship to the Joker, but also re-envisioned Batman as a beacon of hope — not a specter of fearsomeness — for the twenty-first century. What Snyder and Capullo did month after month was deliver a vision of the best example for heroism we could ever imagine gracing the comic book page. Bruce Wayne isn’t perfect. He was certainly knocked off his high horse more than once, giving the Dark Knight an air of fallibility he hadn’t had in over two decades. But he stood as a shining example of what one can accomplish if you believe hard enough. And so too did the book. A literary masterpiece and a damn fine comic all at once, Batman is far and away the quintessential run of the last five years — for the New 52 and the entire comic market as well.

“An astounding achievement and a powerful lesson in superhero storytelling.”

Our Senior Editor Matt Santori will be live-tweeting the Rebirth announcements tomorrow at 9am PT. Just follow @FotoCub on Twitter and watch along on the DC Comics website.