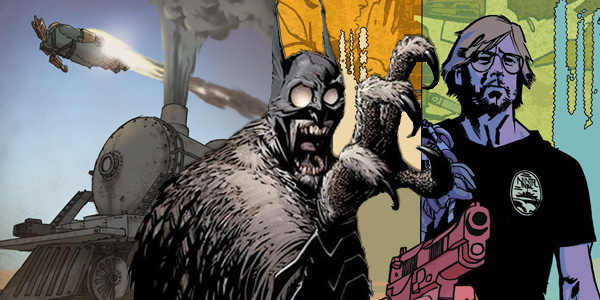 Wow. What a year. I don’t say that lightly, as I believe 2012 was one of the most bountiful years in comics this century. The diversity of titles was astounding and the craftsmanship throughout the industry was fantastic. DC’s New 52 continued to roll with steam, Image proclaimed 2012 the ‘year of creator-owned’ and Marvel took readers from Avengers vs. X-Men through to NOW! Same-day digital throughout the industry and the resurgence of publishers such as Valiant kept read piles filled with an abundant supply of quality titles, many of which listed below. This year has given me high hopes as a reader for 2013 and beyond, and I look forward to seeing what the industry has to throw at us next year! Now, without further ado, my top books of the past year: 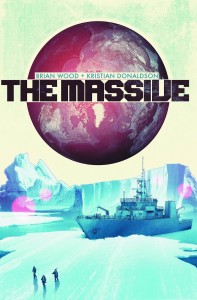 This comic book is absolutely superb. There was not a single other comic book that gripped me as strongly as The Massive #1. The concept, the script, the art, each and every single panel were spot on with what Wood was trying to evoke. This was perfectly paced, perfectly laid out, and the perfect first issue for a series like this. The Massive #1 set the tone for what has been one of the best series of 2012 and is one of the best debut issues I have ever read.

From a beginning (above) to the end of an era. Ed Brubaker & Steve Epting’s Captain America got me reading comics again, and to have the two reunite for Brubaker’s final issue was a fantastic treat. Brubaker’s subtle shout outs throughout this comic were brilliant, and it was such a fitting farewell to his epic run. Many other runs of similar length came to an end around the time of this issue, but none of the others hit the beats like this one. Brubaker knew this character in and out from the beginning until the very end, and it was a pleasure to read.

This is a damn fine comic, bro. Fraction and Aja reunite to create one of the most entertaining single issues of 2012, a buddy-archer romp with Clint & Kate going toe to toe with the sweatsuit mafia. Every single joke is place perfectly in this issue, one that I have gone back and read more than a dozen times, finding enjoyment each and every time.

This silent comic book has more impact and emotion in it than some of the most verbose comics of the year. As a somewhat planned/somewhat not-planned homage to G.I. Joe, Bunn and Hurtt crafted a comic that is one of the best of their entire series The Sixth Gun, and it has no words. This comic book is a fantastic example of how much can be told through the visuals of a comic alone, and how sometimes laying things out in dialogue is totally unnecessary.

The AvX tie-in that I enjoyed more than any of the issues of AvX, and I loved AvX! There is so much fire in this book, and so many absolutely jaw-dropping visuals that this comic makes the list for me on the art alone. Add in the Aaron-favourite mysticism of K’un-L’un and I am sold. More so than any other tie-in issue or any of the issues of AvX proper, I’ve found myself coming back to this comic time and time again to bask in the glory of those fantastic images. 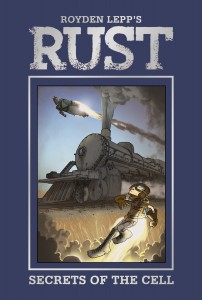 It was a tight race for top spot for OGN/trade of the year, as #1 and #2 were two of my favourite reads of 2012. In the end, after 2nd and 3rd readings, Rust Vol. 2 won out by a narrow margin. Lepp’s storytelling with this volume is absolutely fantastic, letting moments of superb art speak volumes when they need to and spinning a fantastic mystery that I am dying to learn more about. This volume is just in stores and just makes the cutoff to hit this list and is worthy of a read by any comic book fan. It is all-ages appropriate and one of the best stories I have read in a very long time.

2. COW BOY: A BOY AND HIS HORSE OGN (Read my review here.)
Written by Nate Cosby
Art by Chris Eliopoulos 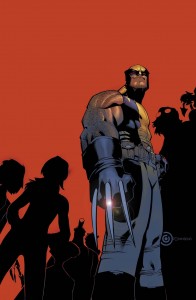 1. JASON AARON (Wolverine And The X-Men, Avengers vs. X-Men, Thor: God of Thunder, The Incredible Hulk)

Jason Aaron rose to the top of the Marvel heap for me this year, writing one of the strongest superhero books in the industry in Wolverine And The X-Men. His work on Avengers vs. X-Men was the strongest of Marvel’s top five writers, and he exploded onto the Marvel NOW! scene with the epic Thor: God of Thunder. His work on The Incredible Hulk was underappreciated and cut short in my opinion, and also the victim of some terrible art fiascos, but all in all it was a great year for the writer who would also take the award for ‘best beard in comics’. 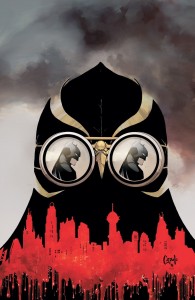 Greg Capullo is a beast. Before his work on Batman I was completely unfamiliar with his work, and in 2011 he astounded me with how well he penciled this comic. In 2012 he took things a level further, bending the mind of readers and Bruce Wayne alike with his Night of the Owls and Death of the Family arcs. His pencils are ferocious and aggressive when need be and he is a fantastic storyteller. Throw in some of the most intense dedication to a title I’ve seen from an artist and you’ve got the top dog of 2012.

I’ve gotten to the point where I’m almost unsure how to talk this comic series up more than I have. The Massive has astounded me in every way possible and is the first comic I read any time it hits the pile. This isn’t a case of ‘oh, that book…I wonder what’s going on there’…I need to know what is happening in this comic as fast as is humanly possible. The subject matter, the artwork, the confusion and every changing landscape of the book…I am in on this book for the long haul and I can’t wait to see what Wood has in store for this superb series. 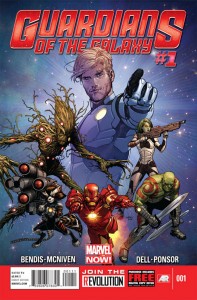 Cosmic is coming back….I adored the last big cosmic run of DnA for Marvel, with the Guardians being the most entertaining characters of all those titles. I’m also a huge fan of what Bendis has done on the Avengers, and Steve McNiven’s art. Throw the three things together, and you have a book that I have extremely high hopes for. Cosmic has been out of the game for far too long at Marvel, and I can’t wait to see what Bendis has in store for these fantastic characters.

To close out this 2012 retrospective I’d like to thank you all for visiting Comicosity. The first year of this site has been one fun ride, and I look forward to many more. I’d like to thank my darling wife and beautiful daughter for graciously granting me the hours of work it takes to keep this ship afloat. Huge thanks also go to my first mate on this boat, Matt Santori – it is a pleasure working with him day in and out. Our fantastic crew of Keith Callbeck (Mr. Timeline!), Brett Monro, Gavin Craig, Jessica Boyd and friends at We Talk Comics, Comics for Heroes and Longbox Graveyard has made ‘working’ on Comicosity a lot of fun over the past year and I hope to continue the madcap adventures of this site well into the future with these teammates.

I’d also like to thank all the pros who were gracious enough to take time from their schedules over the past year. You are a fantastic group – all of you – and professionals in comics are without a doubt the most fun people to interact with. Props must also go to the marketing professionals of the industry: Arune, James, Alex, Pamela, Alexander, Tom, Aub, Jennifer, Hunter, Chloe, Mel, Chris, Leigh, Brianna, Filip – you are all great people. It is a pleasure working with you.