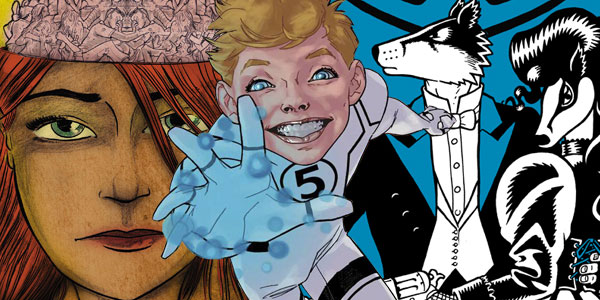 It would be an understatement to try and convey how much comic books have meant to me throughout my life; they are like home, and eventually, all roads lead back. 2012 was a bit of a watershed year for me, it brought a renewed sense of enthusiasm, as well, of collection. It looks to have been another good year for sales, as DC continued its “New 52” momentum on through its zero month, and Marvel followed suit with “Marvel NOW!” For me, the end of 2012 sees me collecting far more comics because of these new initiatives. I am excited for the future, not only for digital releases, but in the local comic stores as well. Enough introspection, let’s get to the fun stuff… 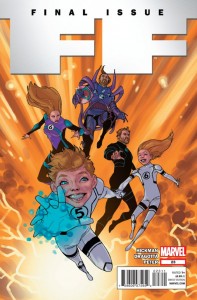 FF #23 came out of nowhere for me. Despite my love of Hickman’s run on Fantastic Four, I had fallen behind on my reading of it. When we were preparing for the “Final Issue” podcast, I had been trying to read some last issues of books, and this one came up just a bit too late for inclusion. I read it anyway, and was amazed at the heart, humour, and brilliance that I found in this book. The only knock against it, is that it doesn’t tie together with Fantastic Four #611 as I would have liked, but I will mostly place the blame on Fantastic Four for that. As an unexpected surprise, that completely moved me, FF #23 tops the list.

Mind MGMT is one of my favorite new series, and gets included on this list frequently. The first issue was just such a great start, that it seemed a natural choice.

I knew I had to pick an issue of Peter Panzerfaust, but unlike Mind MGMT, I couldn’t go with the first issue. Five is just so fantastic, with the wrap-up of the first story arc, it speaks volumes.

I love the way Saga is written, and the first issue is a great example of Brian K. Vaughan’s mastery of dialogue.

I had absolutely no expectations of this book, and am not a very big fan of Dan Slott, but I absolutely loved the ending of this book. There are so many great places I can see Spider-Man going from this issue, and I hope they don’t take the safe road. 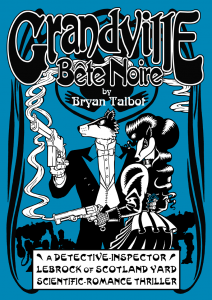 Beautiful art, a story full of great references, and a couple of conspiracies to boot. I read this volume prior to reading the others, and it didn’t matter. I was instantly drawn into the story and characters, and marveled at the way Bryan Talbot weaved so many elements into the story. I didn’t expect it to top the list, but it is too good not to.

I had long wanted to start on Elephantmen, and when I saw this zero trade come up, I thought I would give it a chance. An excellent war story, with fantastic characters, vividly brought to life. I couldn’t put it down.

Lots will be said about Underwater Welder, virtually all good. It deserves every word.

I enjoyed the first issue, and finally sat down to read the first trade. Like most of Hickman’s work, it is incredibly ambitious. It is also fun to read.

5. COW BOY: A BOY AND HIS HORSE
Written by Nate Cosby
Art by Chris Eliopoulos

Easy to write off as a kid’s book, Cow Boy is much deeper than that. A great blend of humour and heart, one of the best reads of the year. 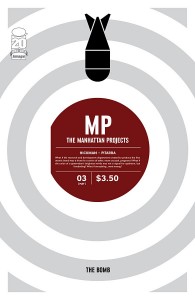 Jonathan Hickman is prone to grandiose storylines. I happen to be a fan of grandiose storylines, so this is a perfect match. One of the things I love most about the comic book medium, is the ability to stray so far from reality, but still maintain some human elements. Hickman is not afraid to tell any story, and he has proven a desire to stick around for the long haul. He has earned top spot, and I will read anything he writes.

I discovered Matt Kindt earlier this year on his work for Dark Horse. Since then, he seems to be rising steadily as a writer. Mind MGMT is a favorite series and he also managed to make DC’s Frankenstein character readable to me. I look forward to his take on Martian Manhunter early in the new year.

An extremely talented writer who is showing his chops writing different concepts like Debris and Grim Leaper. While both of those books are entertaining, nothing tops his Peter Pan re-imagining, Peter Panzerfaust. Another writer I will follow through anything.

I have long been a fan of Brian Wood. Even though I don’t particularly enjoy his super-hero work for Marvel, he always brings his A-game on creator owned work. He gets included on this list for writing The Massive. The ending of DMZ didn’t hurt either.

Brian K. Vaughan writes great dialogue, period. He writes interesting stories that have a lot going on, and I haven’t read a bad series by him. I usually wait until the stories are wrapped up to read his work, but it is always a good read. 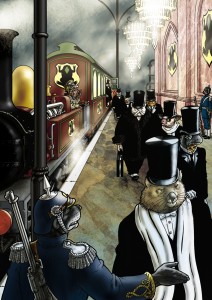 The way he draws the animals that populate Grandville, is amazing to say the least. They are all imbued with human emotions, and it is great fun exploring a panel to see what else has been included. I have enjoyed his work for years, but Grandville Bete Noire puts him as my favorite of the year.

I don’t usually choose super-hero artists, but Doug Mahnke draws Green Lantern so well, that I feel he deserves a mention. Every hero looks exactly like they should, and I like that.

I love Chew, and the art is a big reason why. I love crazy stuff, and Chew gives me plenty of it. A perfect match for the writing.

What more do you need. Incredibly abstract, but also incredibly good. Not for everyone, but I love it.

The Massive is a great book, and the art is a big part of that. Incredibly detailed, and beautifully rendered. The use of color really sets the work apart. 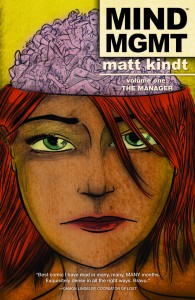 Mind MGMT is the book that brought me back to floppy from digital. This is an excellent series, with lots of twists, art that works perfectly for the story, and unique “Easter eggs” within the book. Matt Kindt has said that the issues will have different things that the trade doesn’t have and vice-versa. Because I love this book so much, I will wind up buying it in every format. Even though a newsprint book at $3.99 is a heavy cost, the quality of content is worth the price.

Infinite Oppenheimers. Wildly inventive and twisted. Exactly what I wanted out of this series.

I love the Peter Pan mythos to start, so this was an obvious choice for me. But the series has so much emotion and depth it easily deserved a spot on the top books of the year.

4. THE MASSIVE
Written by Brian Wood
Art by Kristian Donaldson

A late addition to the list, when I started reading it again, I was hooked. Great story, and great art make this book a must-have for my collection.

What can I say about The Walking Dead that hasn’t been said before? The book is amazing, and even though I wind up reading it in big chunks once a year, it always winds up shocking me. I never know where the series is heading, and that is a very good thing. 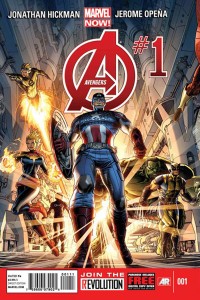 And… Most Anticipated Comic of 2013

If Hickman can do to Avengers what he did to Fantastic Four, then count me in. The first issue was an interesting set-up, and if he gets a chance to develop the story in his own time then Avengers will be an incredible addition to his legacy. It seems odd to me to be anticipating a Marvel book so much, but the Avengers legacy is too great to not have some anticipation.

It appears that my love of anthropomorphic animals is on full display this year, and even though there are no Teenage Mutant Ninja Turtles or Adolescent Radioactive Black-Belt Hamsters, the depth that is brought to this genre is in full display.

Personal highlights of 2012 include seeing We Talk Comics through its first full year, joining Comicosity, and getting to spend a few (semi) private minutes with Peter David. The conversation I had with Mark Texeira was also a true high point, as he is a wonderful person. Overall, I got the opportunity to meet a lot of great people this year, and read a lot of great books.

The one thing we may forget with every new panic that threatens this industry we love so much is the resilience of comic book creators. If they can’t make it work one way, then they will find another (like Kickstarter). We all love the characters, but it’s the people who bring them to life that deserve our support. In 2013, I look forward to continuing to support them on their journey, and bringing everyone the best comic talk on the web.