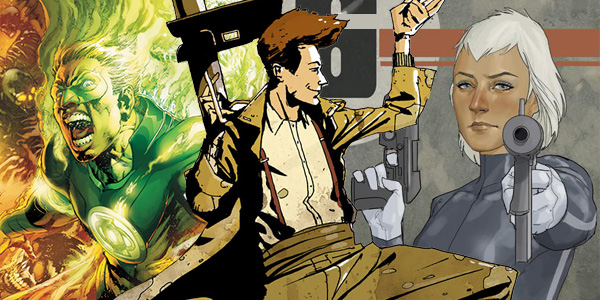 2012: the year everything changed. From the industry-rattling announcement of Before Watchmen to the game-changing Kickstarter projects that topped six figures, the state of comics and creator rights it profoundly different than it was a year ago. Not since the dawn of Image has there been this much of a sea change in the relationship of creators to the Big Two. While Marvel and DC relaunched, rebooted and rebranded, Image reinvented itself for its 20th anniversary by launching more than one new creator-owned title a month all year.

DC continues to shuffle their cards, usually successfully, in the New 52 and elsewhere. Missteps including the highly public firing of Gail Simone have left some wondering if the company Alan Moore describes from the 1980s isn’t still the reality today.

Marvel swapped every creative team this year with its Marvel NOW relaunch. One creator left standing when the music stopped was Greg Rucka, having had Punisher lifted from his hands.

With creators top of my mind, here is my list of my favorite books of the year. It was a great pleasure to meet many of these people over the year, either through the We Talk Comics podcast or in person at SDCC. I am first and foremost a fan and I approach my reviews and the show from that perspective. 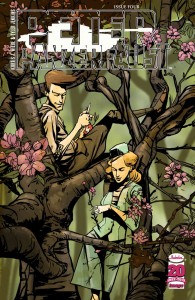 This is the only comic a 10/10 rating in my Comicosity reviews this year. The dramatic climax of the first story arc, Peter Panzerfaust #4 is an issue in which our heroes try to find a refuge from the war, but the war finds them. Unlike many other war tales, Wiebe’s characters actively try to escape from danger. The events of this issue force them to play a part in the battle against the Nazis and inform who they are in the framing sequences that run throughout the series. The final page made me teary and that emotional impact is what puts this one at the top of the heap for 2012.

The first issue of the present day continuity of Earth 2, this issue introduced the new Alan Scott and brought Mr Terrific to Earth 2 (and also had a cameo of Dr Fate if you look closely). This issue was controversial before its release for the reinvention of Scott as a gay character, and even more controversial for its shocking ending.

A stand-alone story after the end of Night of the Owls, this issue was our first extended story with Snyder’s new character Harper Row.

A surprise choice, perhaps, but this issue tells a compelling story and has amazing art. It is also the first comic I’ve ever gotten my wife to read (she is a fan of the film and the art caught her eye) and that alone warrants its inclusion on this list.

The experiment of Creator Owned Heroes may be over, but I really hope we will see Palmiotti, Gray and Noto’s assassin again. 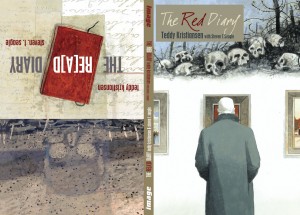 A brilliant experiment in the form and function of comic story telling, Red Diary is a translation of a book Kristiansen originally published in French telling the story of lonely man researching an artist. Seagle uses the same art to tell a slightly different story as he attempts to translate Red Diary without the asset of understanding the language. Using only the art and a Danish text, his story drifts in sometimes subtle ways from the original making it a unique look into the relationship of the words and images in a comic. 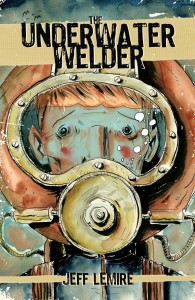 Lemire hit the top 5 last year with his relaunch of Animal Man. He was beaten out by Scott Snyder simply because I wasn’t a fan of Frankenstein: Agent of S.H.A.D.E. This year with the very solid takeover of Justice League Dark and the stellar OGN Underwater Welder, it was a lock months ago for me. 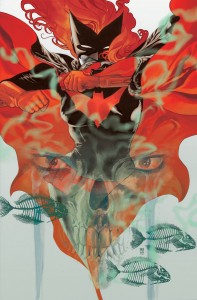 In a time when the two-page spread is disappearing from the toolkit, Williams has reinvented it. I refuse to read Batwoman digitally because the amazing two-page layouts used by Williams are works of art. When reading Hydrology I found myself just holding up some of the pages to my wife to show how amazing comic pages can be as art pieces when tackled by a master. 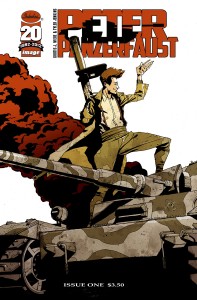 Consistently my favorite book, Peter Panzerfaust is a re-telling of the story of Peter Pan against the backdrop of World War 2. It is wonderful to see Tyler’s art developing issue by issue. Having been lucky enough to read an advance of January’s #8 I can tell you his style takes another leap forward in that issue with the most compelling layouts I’ve seen from him yet. Kurtis and Tyler have just announced their intention to see Panzerfaust through to the end of the story at #25 despite the challenges of such a book in today’s industry. I will be with them every step of the way and so should you.

2. EARTH 2
Written by James Robinson
Art by Nicola Scott and others

4. LEGENDS OF THE DARK KNIGHT (Digital First)
Written by Various
Art by Various 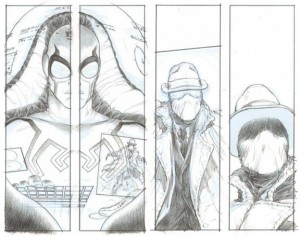 MULTIVERSITY
Written by Grant Morrison
Art by Frank Quitely and others

This may be a surprise to those who know me from Twitter and the podcast, as I frequently talk about how I am not a fan of Morrison’s work on the New 52. I have always maintained (and I mean since his work on Animal Man in the 80s) that Morrison is not suited to a shared universe book. He likes telling his story his way and when he does I really enjoy it. But with the challenges that exist in a shared universe, he “does not play well with others.” I can’t wait to read him doing super hero work at this scale and freedom again.

That was 2012. There is amazing work being created these days and I love seeing creators stretch themselves in new ways. The innovations of digital comics and Kickstarter-type projects are just starting. If 2012 was a game-changing year, I can’t wait to see what that game is in 2013.