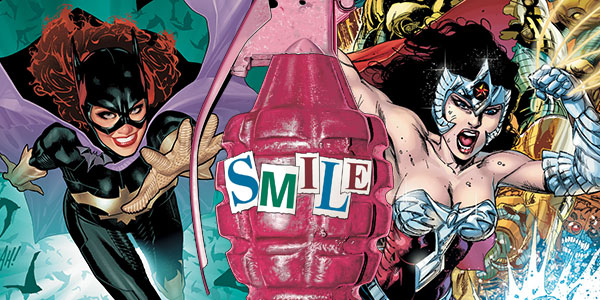 2012 was a brilliant year for the comics industry. We saw the best industry growth in terms of dollars since the early 1990s, thanks in no small part to the jumpstart DC Comics’ New 52 initiative gave to comic purveyors everywhere. We saw a continual growth of the digital comics market without any discernible damage to print comics sellers, despite the many sky-is-falling scenarios proclaimed at the end of 2011. And we saw a true diversification of the medium, new ideas mixing with the revamping of old properties on the shelves — a genuine renaissance for readers of every persuasion. As a lifelong fan of the super-hero genre, I was treated to a ton of awesome material this year. While I’m always on the lookout for new things to love, it should be no surprise to anyone that my Best of 2012 list reflects a passion for the caped set like never before. 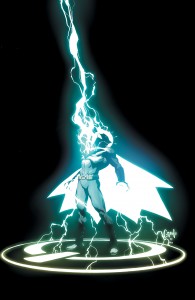 Scott Snyder dominated 2012 with his work on Batman, but no other issue hit me in such a personal spot like this one did, a post-Court of Owls single issue story about new Bat-family member, Harper Row. When Batman swoops out of the sky to stop a group of gay-bashers from harming Harper’s brother, and Harper herself exhibits the courage of a hero, I honestly shed tears. To see a storyline about bullying published by one of the top two comic companies, in their best-selling book (and without reams of PR following it, mind you) written so honestly and naturalistic to the overall book — that’s something worth applauding.

This is the way you reboot a universe. From the very first page, Earth 2 made you care about the heroes of a world you’d only kind of met before. Scenes that should just be par for the course to experienced readers felt fresh and shocking, like when we were all kids reading comics for the first time. Perfect set-up for a brand new world.

At long last, the origin of the Shade has been told. It was a rough road getting there, with a very real risk that DC would cut the series short due to low sales. But as a topper to a series that got better and better with every issue, it was ultimately all worth it.

Not a flashback issue, but one critical to the ongoing story, Green Lantern’s contribution to DC’s Zero Month was an impressive introduction to a really compelling new character. Simon Baz is guaranteed to be a fan favorite for many years to come. And as one of the few Arab-American characters in mainstream super-hero comics, the newest Green Lantern of Earth is set to be a huge star in the DC Universe, and his first appearance was the literal expression of ground zero for September’s initiative. 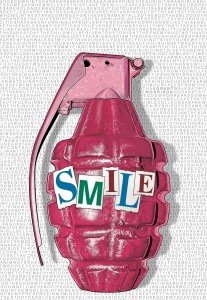 If there was ever a year meant for rereading The Invisibles, it’s 2012. Sure, the world didn’t end on December 21, but this series still remains one of the deepest, most interesting explorations of conspiracy theory and the fight for intellectual freedom that I’ve ever read. And the physical quality of this weighty tome (coming in over 1200 pages) is absolutely top-notch. One of the best collections DC Comics has put out in ages. 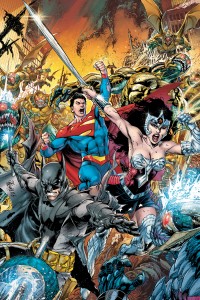 2012 was definitely James Robinson’s year, as he belted one brilliant creative success out after another. From the universally-loved revamp of DC’s Justice Society of America, to his return to a character he practically built from the ground up into a cult favorite, and the new female protagonist (Kass Sage) he envisioned for The New 52, Robinson batted 1.000 in quality all year round. And, if that wasn’t enough, he also spent a goodly amount of time interacting with and answering questions for all his die-hard readers. Here’s to another incredible year ahead for James and all his endeavors! 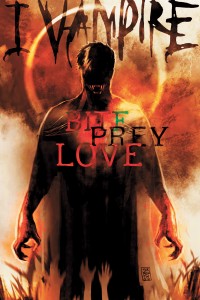 How I, Vampire isn’t a top ten series based on the art alone mystifies me to this day. Sorrentino has produced masterful work month after month on this title, but 2013 will see him jumping to the monthly Green Arrow series. Few artists set such a richly dark tone like Sorrentino and can do so on a monthly basis to boot. Truly one of the new masters of the medium. 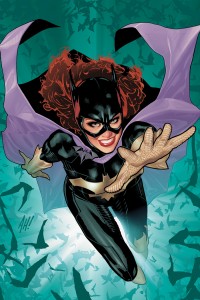 1. BATGIRL (Read my review of Volume 1 and #15.)
Written by Gail Simone
Art by Ardian Syaf and Vicente Cifuentes with Alitha Martinez and Ed Benes

Perhaps one of the most controversial series to launch with DC’s New 52, Batgirl is, month in and month out, my absolute favorite title. Simone’s portrayal of a young hero, just beginning to recover from a serious, life-changing trauma, is both thrilling and endearing at the same time. Her Barbara is every bit as smart as her previously imagined (albeit older) self, and exhibits the same fire and determination that made her my favorite hero growing up. Blessed with a series of fantastic artists, Batgirl is truly my must-have book, the one that I literally have to read in the car before driving home from the comic shop each week. 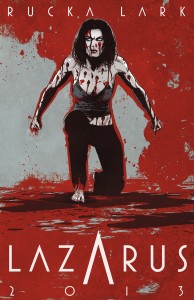 Set to debut from Image Comics in early 2013, Lazarus has been summed up as “The Godfather meets Children of Men.” Description from the author himself:

Set in a near-future dystopian society where the economic woes of the early 21st century continued, then exploded exponentially, resulting in a world where a handful of Families control everything. Having divvied up the world into their own kingdoms, they now spend their days jealously guarding what they have, and coveting what they do not. But for those living without wealth, collectively referred to by the families as “the Waste,” the future is desperate, with day-to-day survival as much the result of the ruling Families as the weather.

Endeavor Carlyle is the youngest daughter of the near-immortal Carlyle Family. She is their Lazarus, a position common to all the Families: part bodyguard to her family, part intelligence director, part military general, she has been genetically modified to defend the Family at all costs, with unwavering loyalty.

But Endeavor Carlyle is beginning to ask questions, and her Family will do everything they can to keep her from finding the answers….

One of the great revelations of 2012 was watching Image Comics move to the forefront of challenging and entertaining creator-owned comics like never before. With Lazarus and a great number of other new series launches in late 2012 and early Spring, I don’t think it’s much of a prediction to say 2013 is going to be a great year for fresh takes and unique ideas. I can’t wait to see them all.

As I close this year, I must reflect on the incredible blessing that joining Aaron Long at Comicosity.com has been for me, and thank both him and all of my colleagues — Gavin Craig (editor of the Idler Magazine), Keith Callbeck and Brett Munro (co-hosts of the We Talk Comics podcast), Paul O’Connor (master of the Long Box Graveyard), Brian Willis (founder of Comics for Heroes), Maxwell Majernik (the new kid on the block), and Jessica Boyd (the mother of all comics) — for all that they have contributed to my life this year. May 2013 be an even more exciting year for all of us!

Thoughts on my choices? Don’t hesitate to hit me up on twitter at @FotoCub.