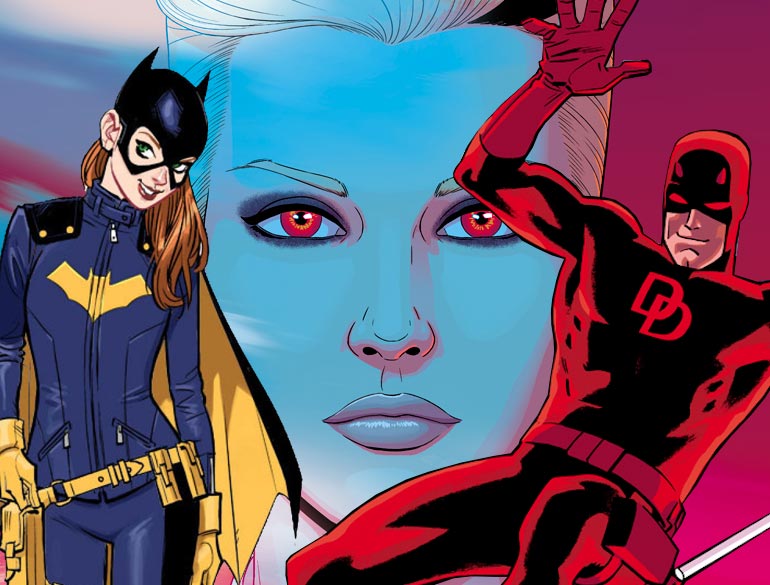 The year is winding to a close, which got us to thinking…what were the best comics of the year? The Comicosity staff has gathered and submitted their top picks of 2014, today being Best Artist: 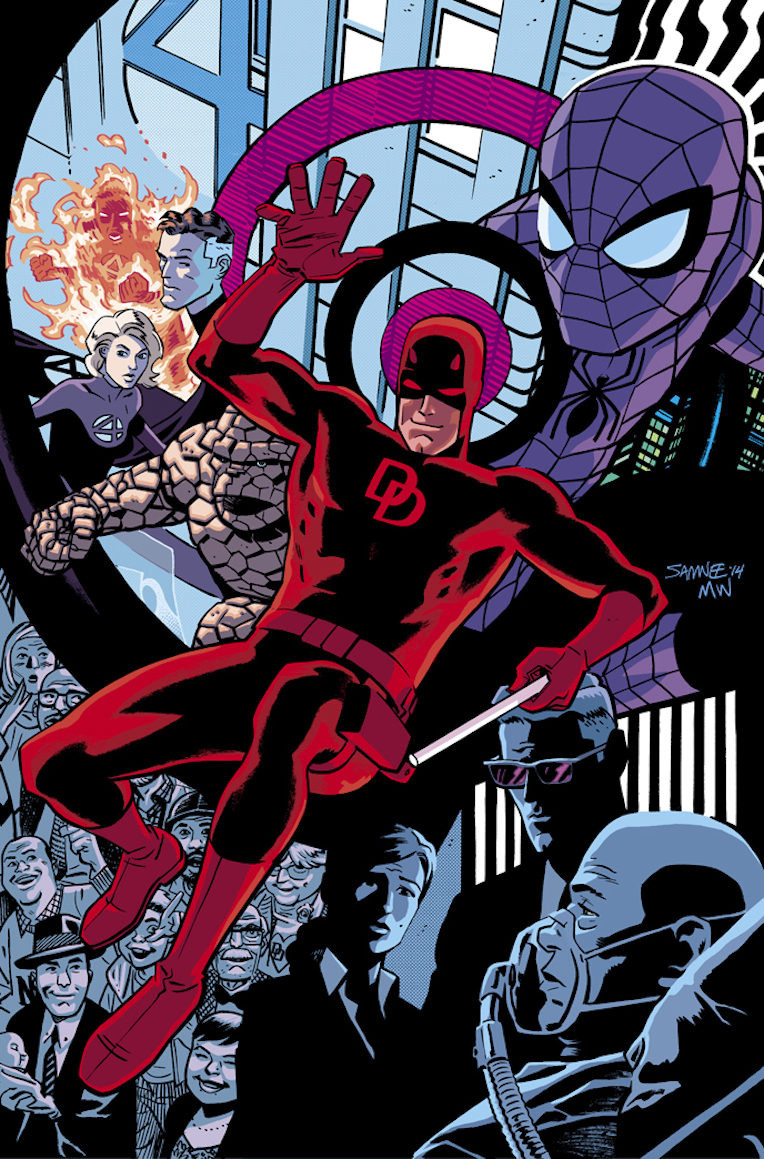 This 2013 Eisner-award winning artist continues to produce some incredible work and employs some of the smartest, effective cartooning and visual storytelling techniques in the business. I’m amazed at his ability to convey art that is not only emotionally resonant, but also kinetic and vibrant. 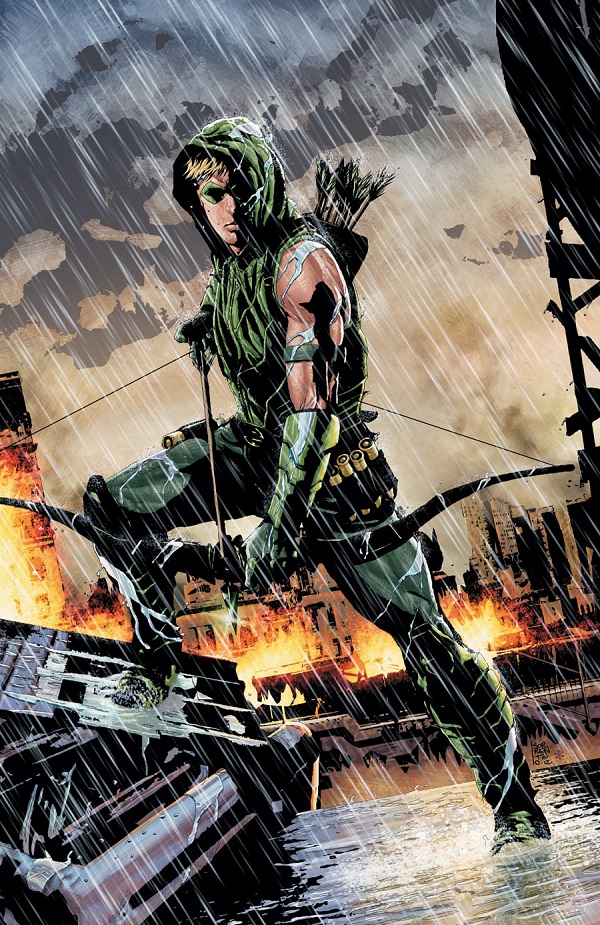 In 2013 Andrea Sorrentino joined writer Jeff Lemire in saving DC’s Green Arrow, and in 2014 their seminal run came to a close. Lemire brought a lot of amazing ideas to the the life of Oliver Queen and fundamentally changed the way readers look at the character. As good as the writing was, it was consistently overshadowed by the artwork of Andrea Sorrentino. Each and every month Sorrentino proved that he is one of the best artists currently putting pencil to paper (or however he works his magic). The inventiveness in Sorrentino’s layouts are consistently mindblowing, and that might just be an understatement. His use of sound effects, perspective, and irregular panels are second to none, because they are completely unique. Then there was the way he handled Oliver’s handiwork. Under Sorrentino’s pencil, Green Arrow’s bow & arrow came alive on the page in a way that has never been accomplished. Every issue was a treat, and before every page turn I was excited to see something I had never seen before on the next page. 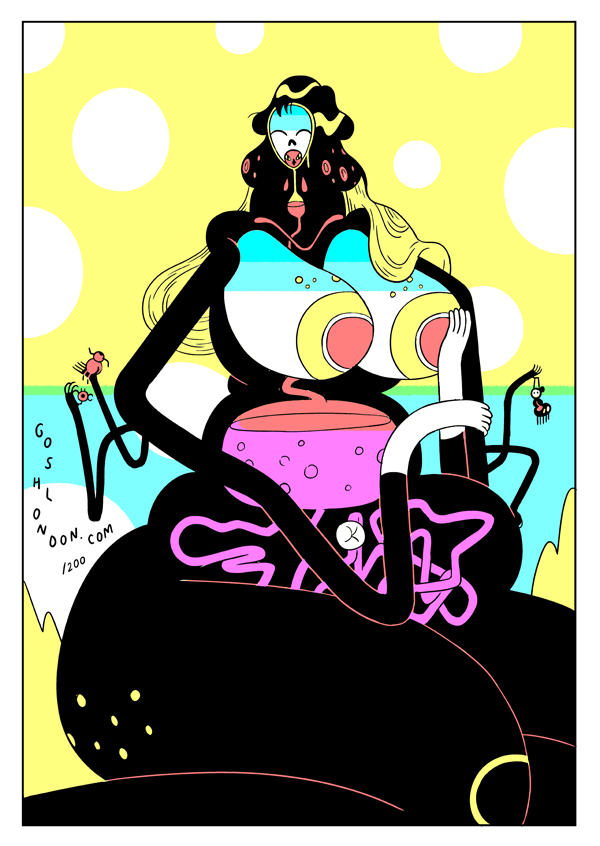 I could have easily put him as one of my favorite writers as well, but DeForge really shines as an artist. This year we saw the release Ant Colony, his most ambitious print material to date, as well as issue six of his series Lose and a collection of earlier Lose issues, “A Body Beneath.” DeForge has one of the most unique voices in comics, with both an absurd attention to detail and the ability to fill up a huge space with gorgeous patterns and shapes. His work on Ant Colony is a cut above the rest and provides one colorful trip for readers. 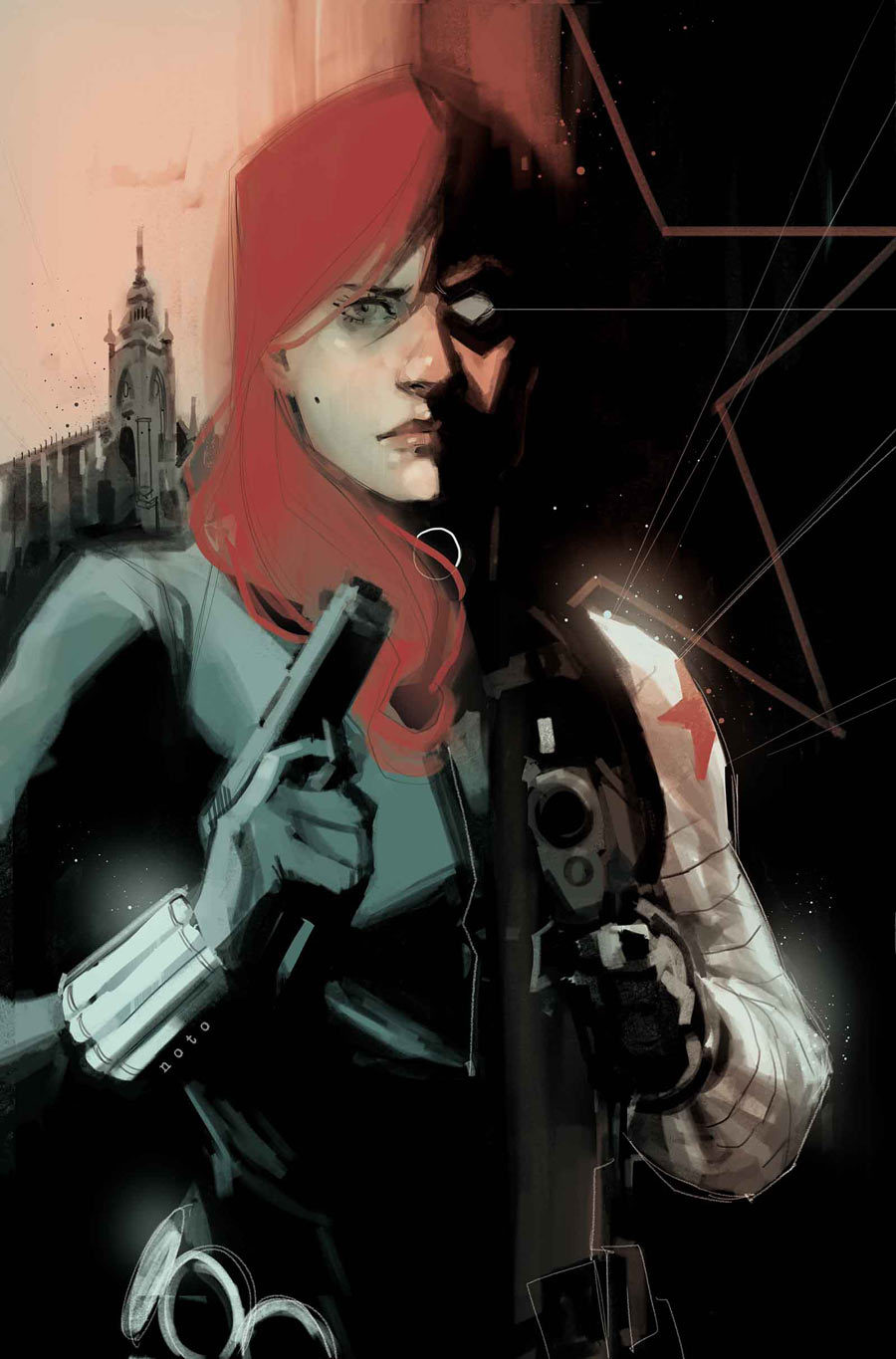 Black Widow feels like the cousin of Trigger Girl 6, the comic where I first discovered Noto’s work. The flow of his art and the way he works with his colourist brings a beautiful comic each issue. 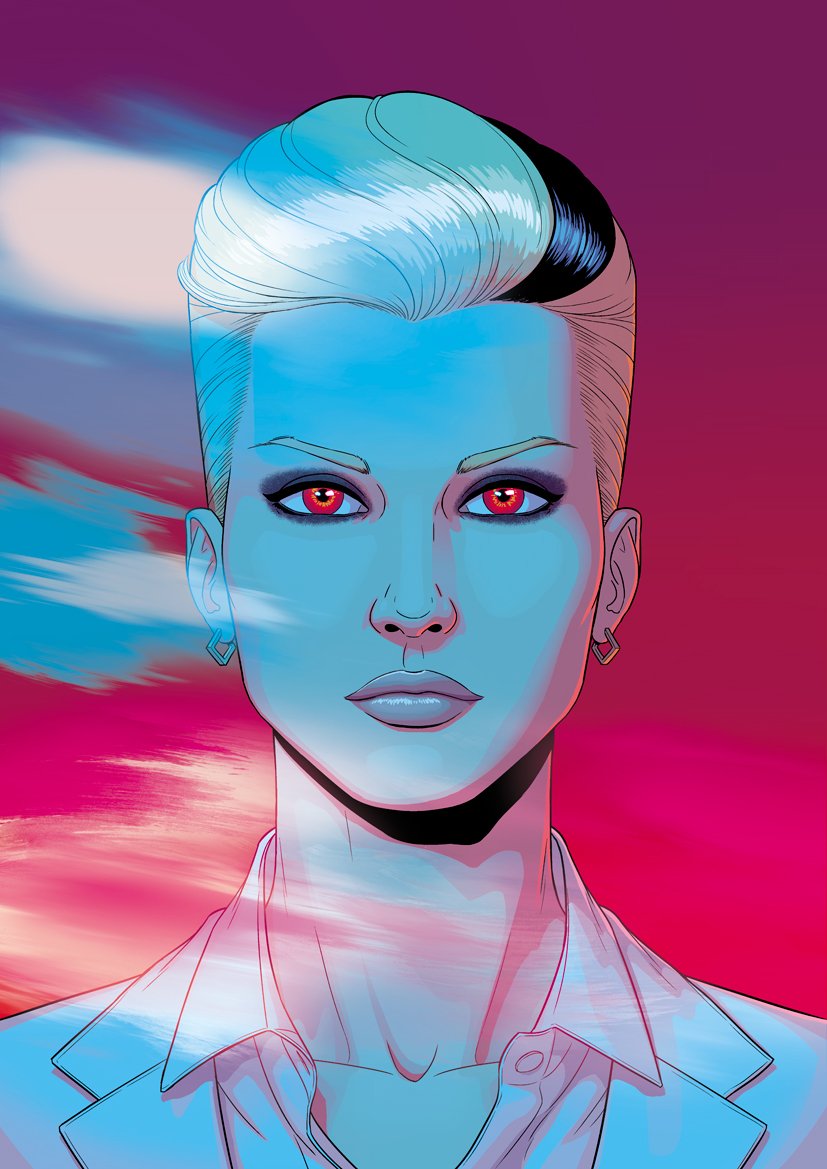 Jamie McKelvie and Matt Wilson
The Wicked + The Divine

The Wicked + The Divine is my favorite book coming out right now, to the point of an unhealthy obsession (seriously there is a tattoo idea swimming in my head that I can’t kill). I believe last year I had Jaime McKelvie as tied for my favorite artist, but this year, there can be no contest. The work he is doing on WicDiv is absolutely amazing, and that is in no small part because of Matt Wilson’s amazing colors – therefore I treat them as a team. WicDiv tells a great deal of story through facial expressions and body language, and a lot of characterization can be read into the way both are executed. From Luci’s wry smiles to Baal’s sneers to every single perfect face Laura makes, McKelvie’s immaculate lines convey pages of personality.

Wilson’s colors elevate the supernatural elements of the book, making the gods seem appropriately godlike, despite their all-too-human quirks and faults. It’s far beyond anything so common as mood-lighting. If we had a Best Colorist category (AND WE SHOULD GUYS) I’d put Wilson at the top, no contest. Every choice McKelvie and Wilson make is done very deliberately, with specific intent and meaning behind it, and that comes through very clearly in every issue. 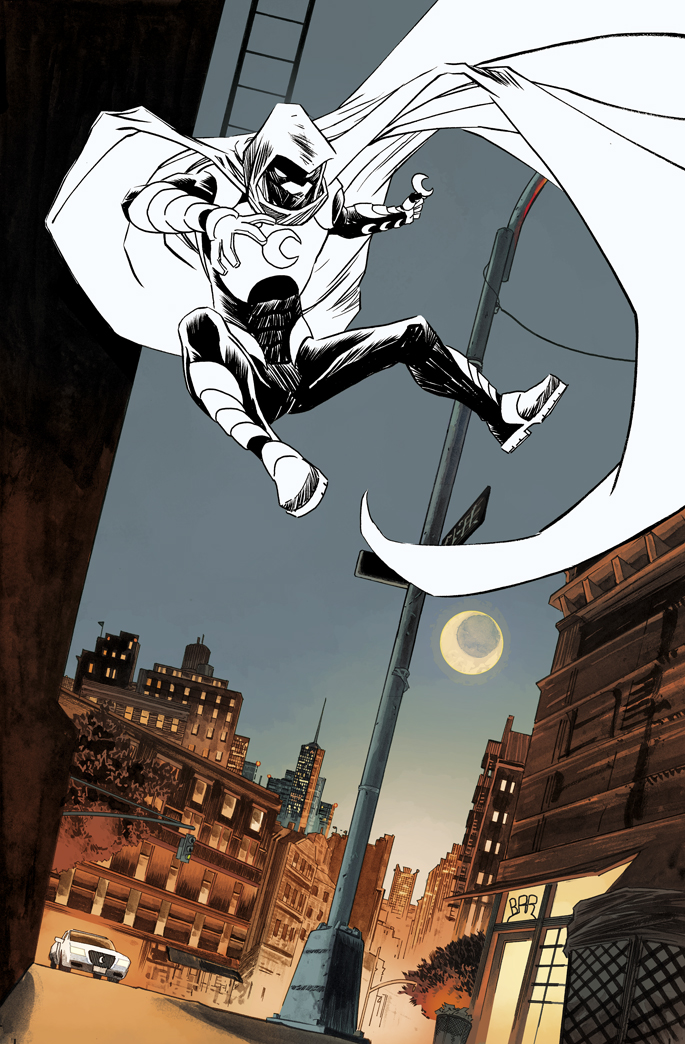 “Oh my god, guys. Oh my god.” This is what I sound like whenever I see anything done by the Shalvey-Bellaire dream team, but especially their work on Moon Knight. The redesign of Mr. Knight in their run with Warren Ellis is brilliant, but if you see their design for Khonshu and you’re not either muttering obscenities or calling out to the deity of your choosing, then I don’t know what to do with you. Even beyond the character design, just the amazing use of color, space, frame—I could talk about it for days. Do your eyes a favor and read the first six issues of Moon Knight. 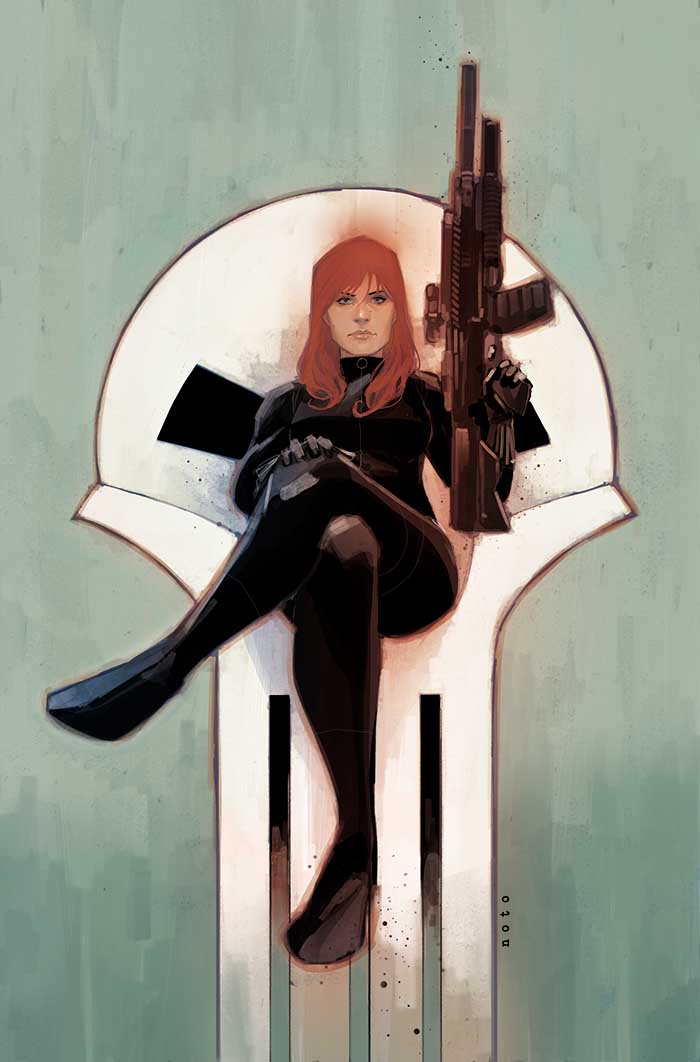 There is something incredibly delicate about the nature of Noto’s art. Everything from the composition to the colour palette is just so elegant. He also tends to draw Natasha with a ponytail, which is great, because you can’t be engaging in serious ops with your hair blowing in your mouth. I promise you, it can’t be done. If you haven’t seen this book, you need to go check it out. Your eyes will thank you. 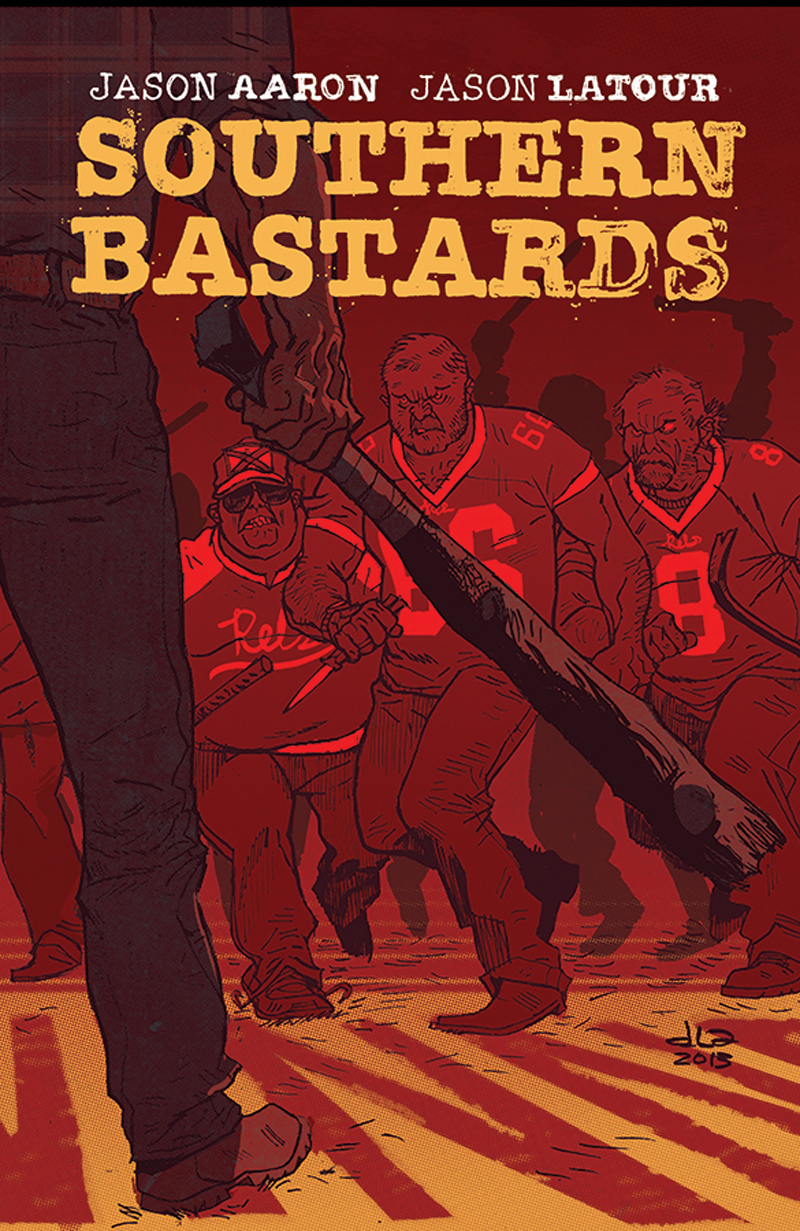 Jason Latour wins because of Southern Bastards. The South is foreign to me. I have lived in Michigan most of my life. However, through Latour’s art I feel like I been there and back many times. The South is so well realized. It could have been Matteo Scalera. It have been Wes Craig. It could have been Matt Kindt. There was so much good art I saw this year, a lot of it coming from people I had never heard of, and that’s a great sign. These folks are getting noticed and I’m glad they have found success. But Jason Latour, who is writing many books as well (how does he do it?), gets the trophy. 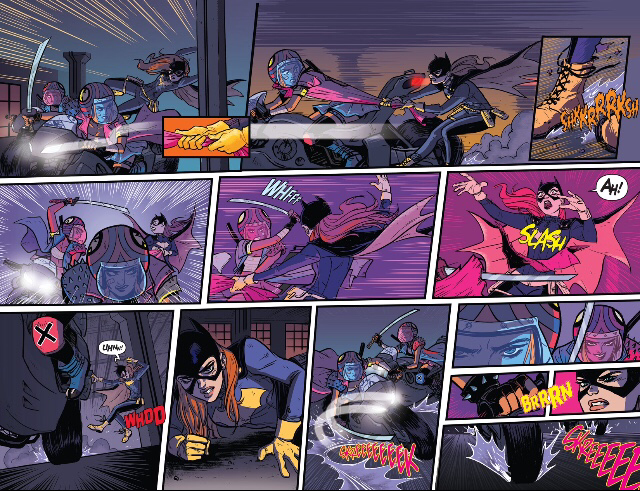 From the very first moment Batgirl’s new costume was introduced, the internet has been a firestorm of excitement over the artistry of Stewart and Tarr. And the monthly series did not disappoint. Cameron Stewart’s layouts have taken Barbara Gordon’s less physical attributes (eidetic memory, computer savvy) and given them expression in complex page structure and dynamic flow. And the finishes by comics newcomer Babs Tarr have put a life into those pages that is scarcely seen in super-hero comics today, and certainly hasn’t been at DC until now. Their take on Batgirl and the world that surrounds her feels fresh and energetic, youthful but not childish. It’s really hard to make a book that does so much look so effortless, but the pairing of Stewart and Tarr accomplish that in spades. Here’s hoping we’ll see more artists coming forward with this kind of energy in the coming year. 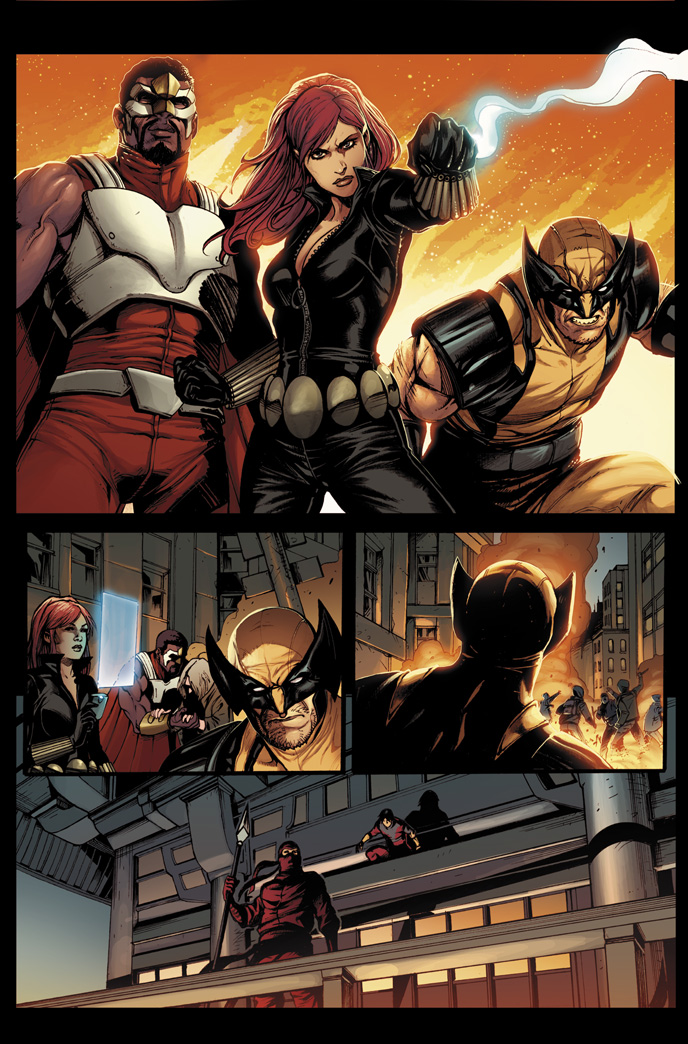 Stefano Caselli handled the art duties on much of Avengers World before shifting to Avengers and I don’t think he penciled a single poor page in any issue he took on this year. He’s as good as it gets in Big Two superhero comics and if I could get 15 comics penciled by Stefano Caselli in any month I’d be a happy camper. His action work and storytelling are fantastic and the Avengers have never looked better than they do by Stefano Caselli’s hand.