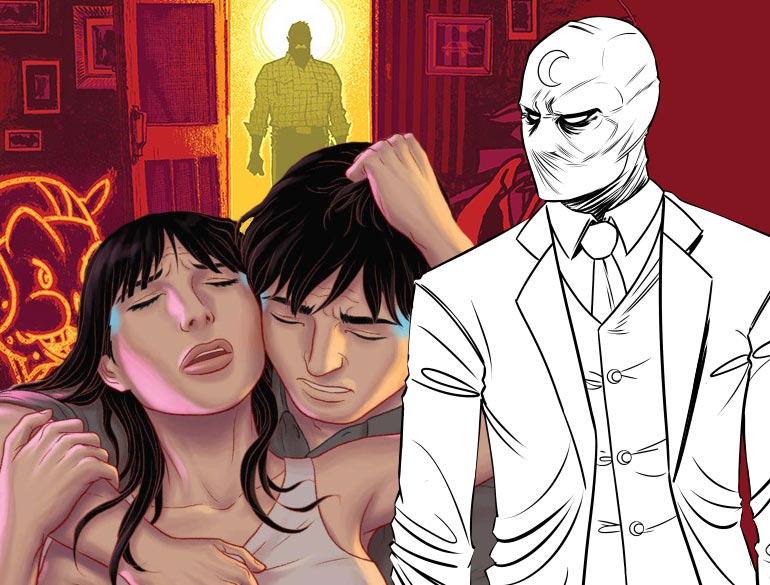 The year is winding to a close, which got us to thinking…what were the best comics of the year? The Comicosity staff has gathered and submitted their top picks of 2014, today being Best Series: 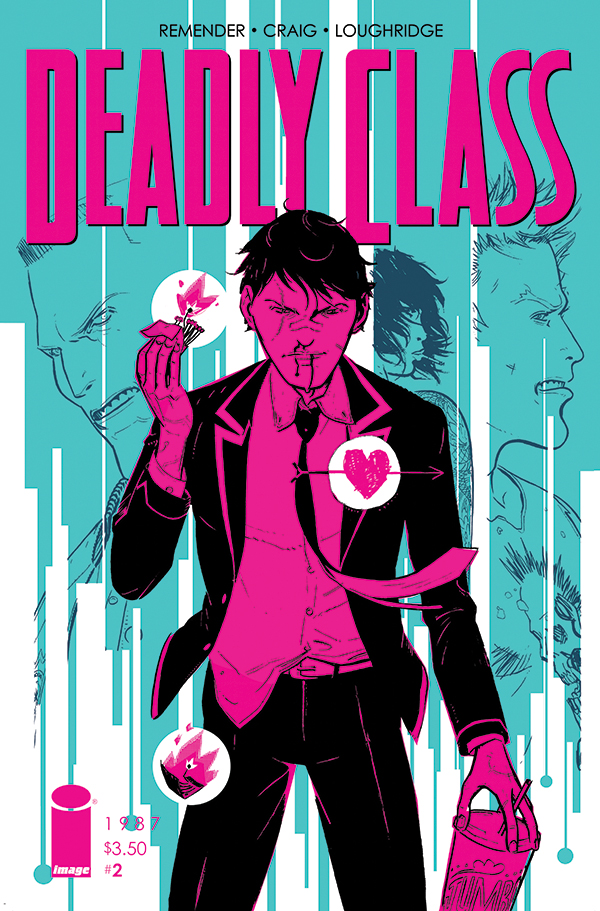 Writer Rick Remender’s poignant tale of a group of teenage, punk assassins set in a high school micro-chasm has all the traditional tropes that could potentially make it a violent, campy version of Fast Times at Ridgemont High or The Breakfast Club — but he doesn’t. Instead, Remender goes further with it by offering some of his own autobiographical situations growing up as a punk kid in the West Coast during the Ronald Reagan 80s and creating a genuine, character-driven experience. Artist Wes Craig beautifully composes pages that are often ambitious in scope and emotion, while also being viscerally imaginative. Deadly Class is a barbed-wire masterpiece that will cut you to the bone. 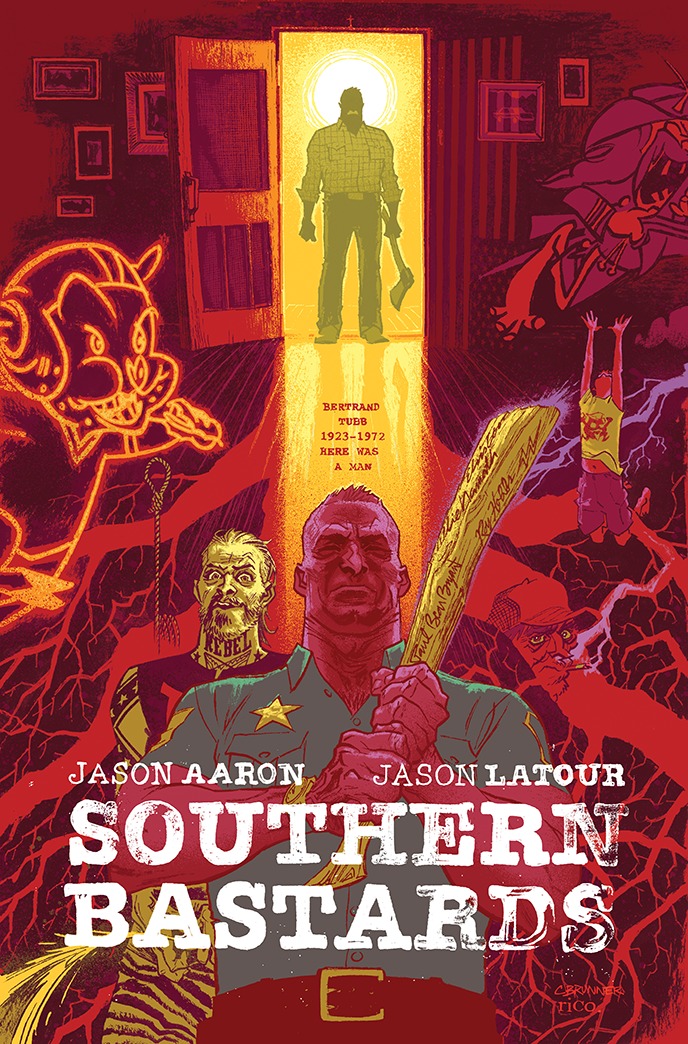 This book is like a punch to the face with no apology, and Aaron and Latour wouldn’t have it any other way. Each issue of this southern fried series has been full despicable characters that deliver violence, hatred, and heartbreak, but it’s executed so well that I just keep wanting more. 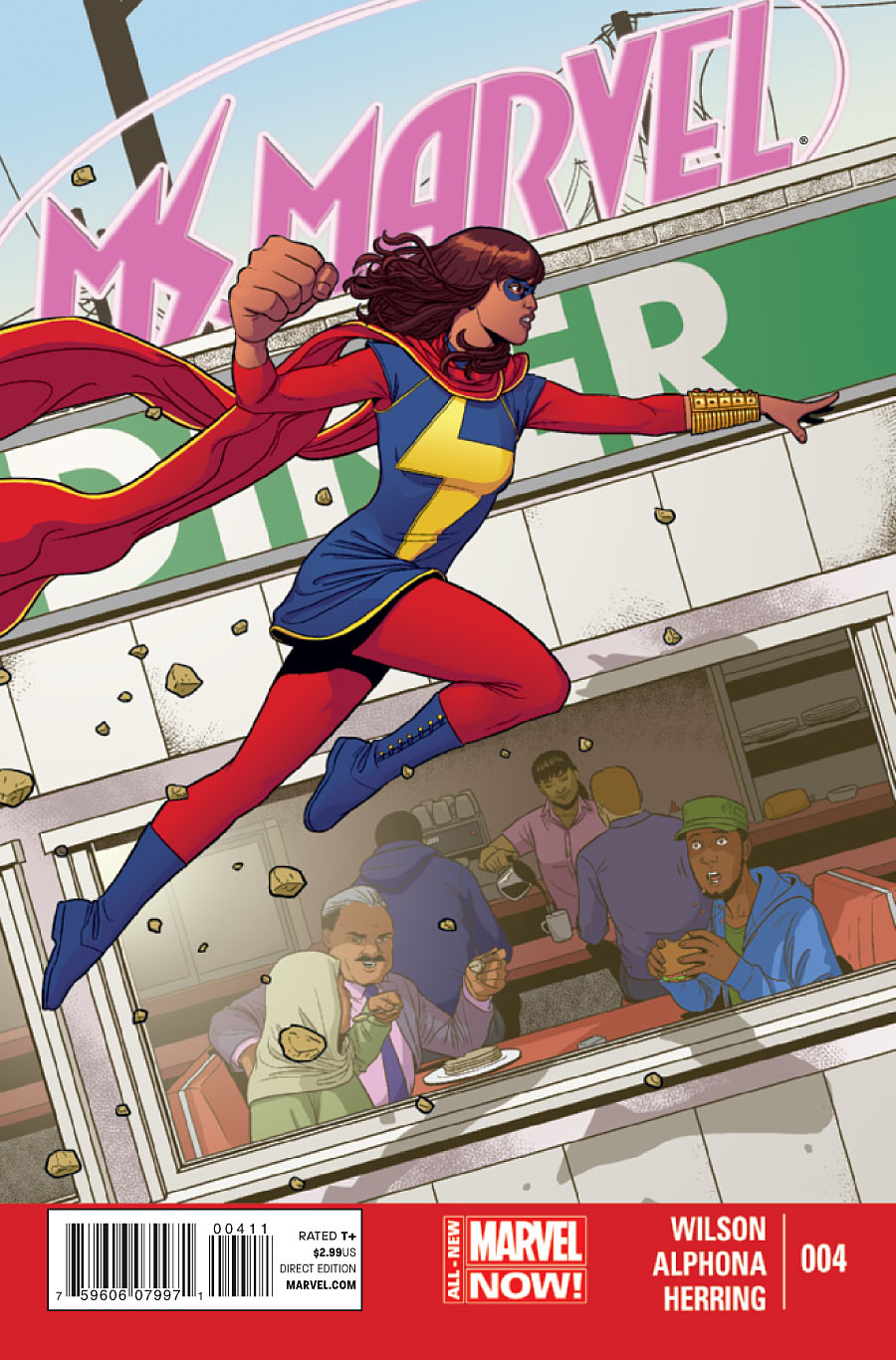 Oh, man. This book is the definition of game changing. Not only is it a well written, funny, entertaining, heart-felt, beautifully drawn story; it’s also a signal to every one in the comic book business that there is not only room for diversity, but demand. Kamala Khan is a relatable, likeable protagonist dealing with the same coming-of-age stuff that is pretty much universal to the modern teenage experience. Watching her struggle to grow into her new super powers is as rewarding as watching her fangirl out over Wolverine. Everything about her – down to her look – makes her accessible to readers new and old, male and female, regardless of race or religion or pizza topping preference. Even better, the higher ups at Marvel editorial seem to love Kamala as much as fans do. There’s nothing else like Ms. Marvel on the shelves, but it’s my sincere hope things won’t be that way for long.

Rick Remender, Wes Craig, and Lee Loughridge’s 1980s period piece about teenagers coming of age while attending a school for budding assassins was my favorite comic of 2014. I’m sure if you know me, or have been reading these year end awards, that this comes as no surprise. Remender tells a wildly emotional story of what it is lie, to be a teenager. You take away all the murder and craziness, and that is what you are left with. This is a comic where character comes first, and everything else is to illuminate these ultimately basic core situations. 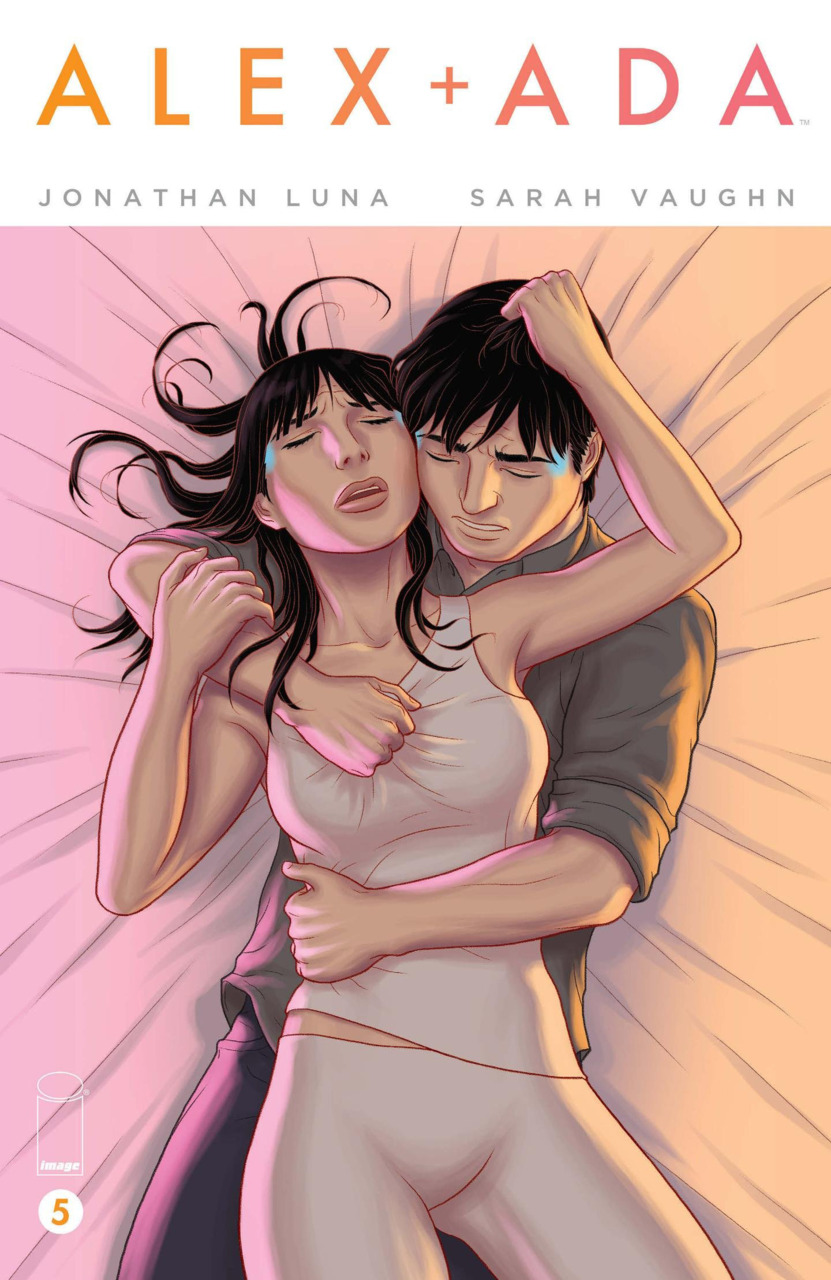 This book is just magic. A character-driven sci-fi telling the intimate story of a man and the robot he was supposed to get intimate with. Alex is gifted a companion robot and immediately begins questioning the relationship of humans to machines as well as the meaning of free will. And, perhaps, love. Every issue of Alex + Ada is a treasure. 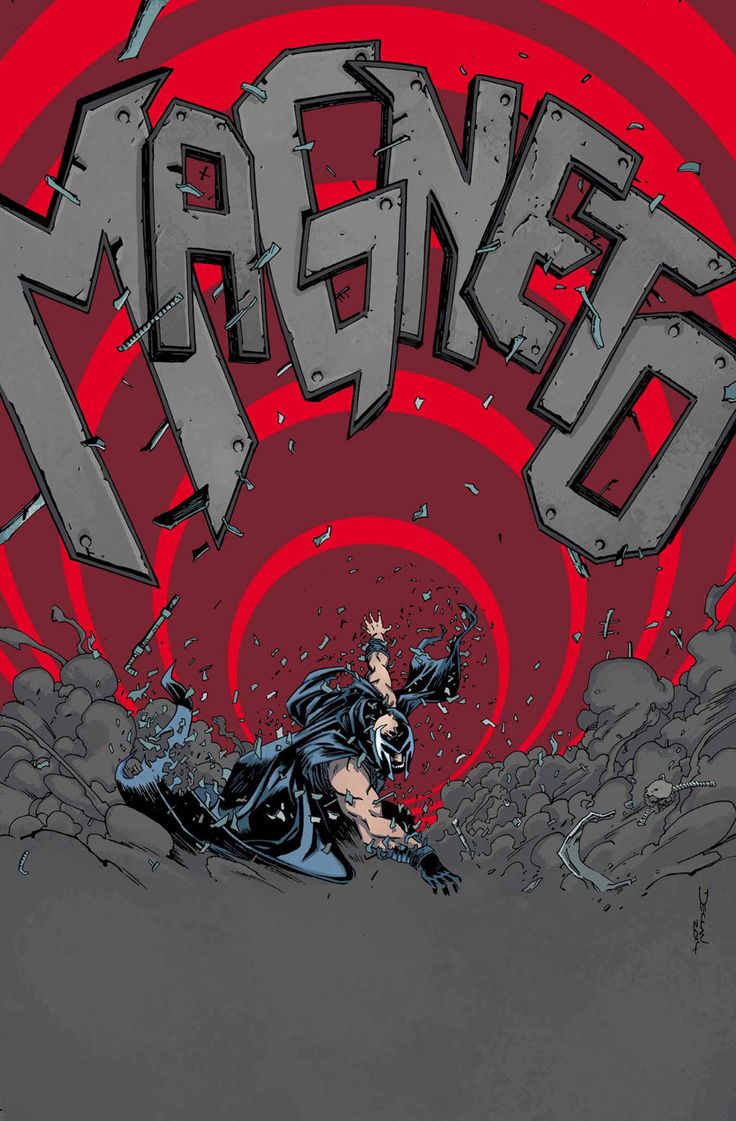 With so many aimless X-Titles bringing down the bloated franchise, it was the solo X-Men books that got the most attention this year and none stood out more than Magneto. Since it premiered, Cullen Bunn has portrayed the iconic character as a vicious but incredibly intriguing antihero dealing with smaller scale, gritty mutant threats on the outskirts of the main X-Men community. With virtually no supporting cast, Bunn has had a chance to really dive in each month and deliver a intense character study on Magneto, complete with vivid and intricate flashbacks to the character’s background as a holocaust victim. It’s dark, violent and also one of the most heartfelt books Marvel’s ever put out as Bunn doesn’t shy away from exposing life’s true tragedies. The book has gripped me and other X-Men fans by striking right at the core of the mutant analogy, reminding readers why the X-Men are such a successful franchise to begin with. It even managed to tell quality stories while it was was tied in to Axis for four issues and that’s saying something!

Of all the comics I read this year, this was the one that made me feel like I had the Holy Spirit. I’m normally all about the story arc, the ongoing narrative, but Warren Ellis showed me a new love for the serial one-shot. This was a new take on what many would have said was a rather tired character and each issue gave us just a tiny taste of what the character Moon Knight was like without ever fully giving the game away. Meanwhile, Declan Shalvey and Jordie Bellaire absolutely killed it. 100%. We saw some amazing character designs this year, but I legitimately think that nothing beats the reboot of the Moon Knight suit. All white everything in the freshest way.

Runner-Up: The Wicked + The Divine (Kieron Gillen and Jamie McKelvie) 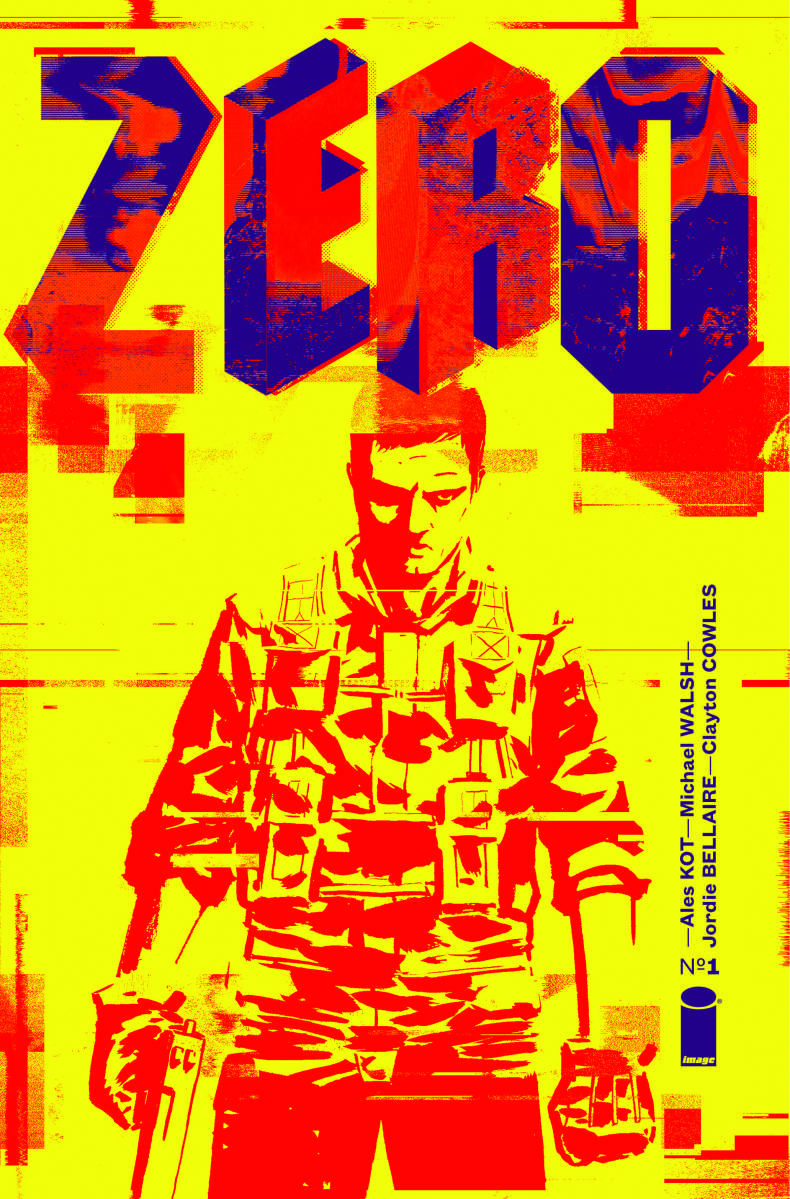 Ales Kot and his fantastic artists are creating the most exciting book in comics right now. The level of craft and passion on each page is second to none. Every month I’m surprised by what I see. Zero is unconventional, uncompromising, sad, sick, soulful, and ultimately crushing. 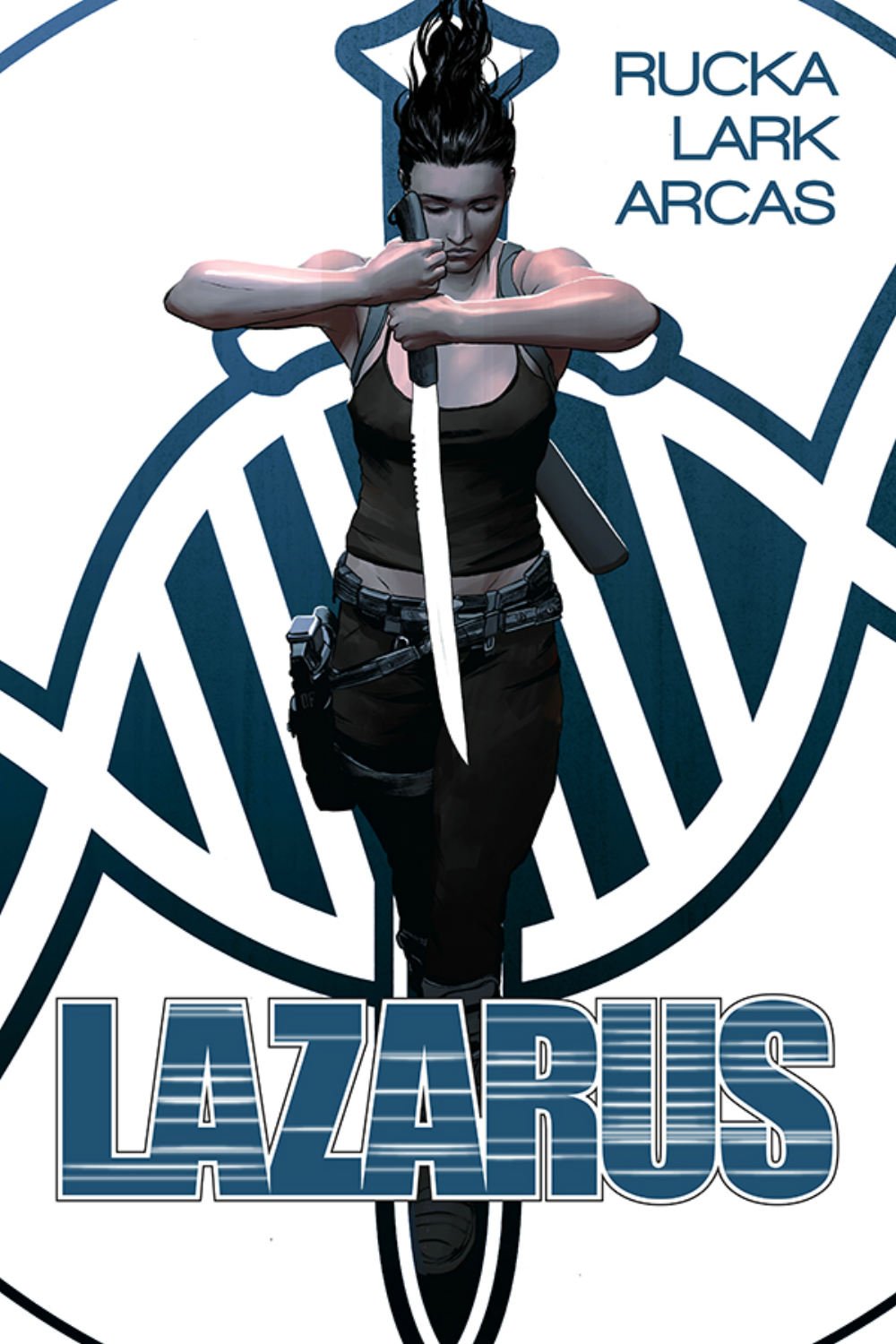 Very few comic books go to such lengths to establish their world as Lazarus. It’s not enough for Rucka and Lark to create a compelling protagonist in Forever Carlyle, whose presence in the Family she was created to protect is at once compelling and pitiable. Every bit of the plot, from the economic conditions of the waste to the relationships between the ruling families, is carefully concocted and steeped in rationality so as to feel unquestionably real. Getting lost in Lazarus isn’t just a delight, it’s a trap — and one that the creators have made sure there’s no escape from. 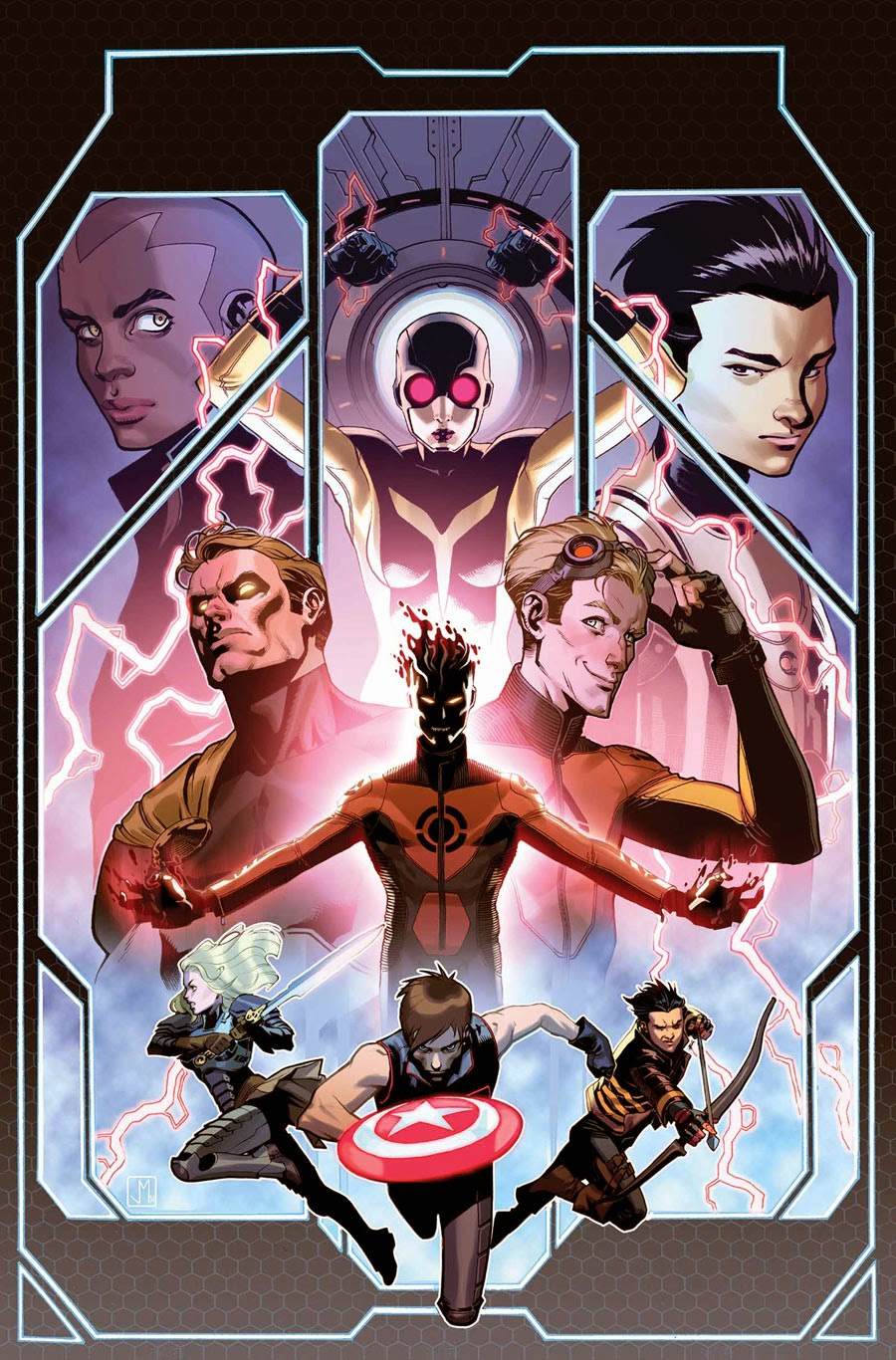 On the whole, this Hickman Avengers run has been everything I want from a series about the premiere team in the Marvel Universe, and Hickman has executed with this bi-weekly title in 2014. With “Time Runs Out,” and the Original Sin tie-ins, Hickman has built a titan of a storyline that is absolutely essential reading. He is doing interesting things with these characters and building something huge that is years in the making and based on the strength of this series in 2014, readers are in for a treat in 2015.