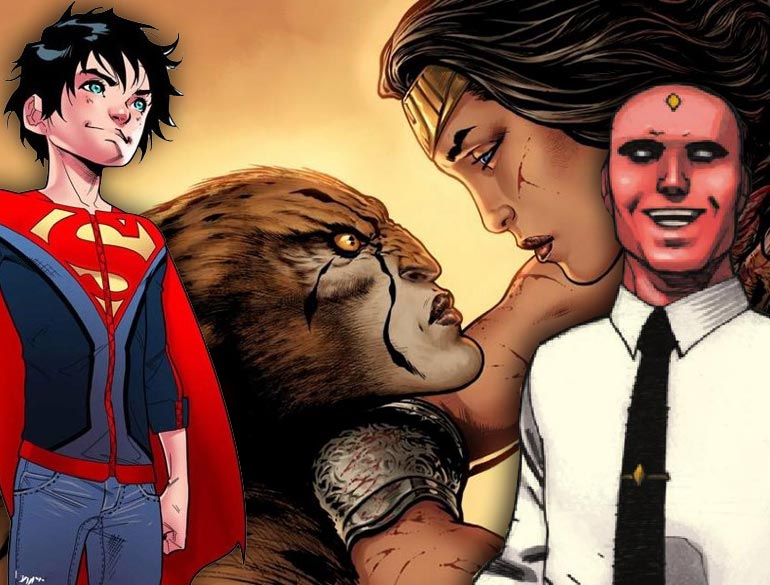 The year is winding to a close, which got us to thinking… what were the best comics of the year? The Comicosity staff has gathered and submitted their top picks of 2016, today being Best Writer: 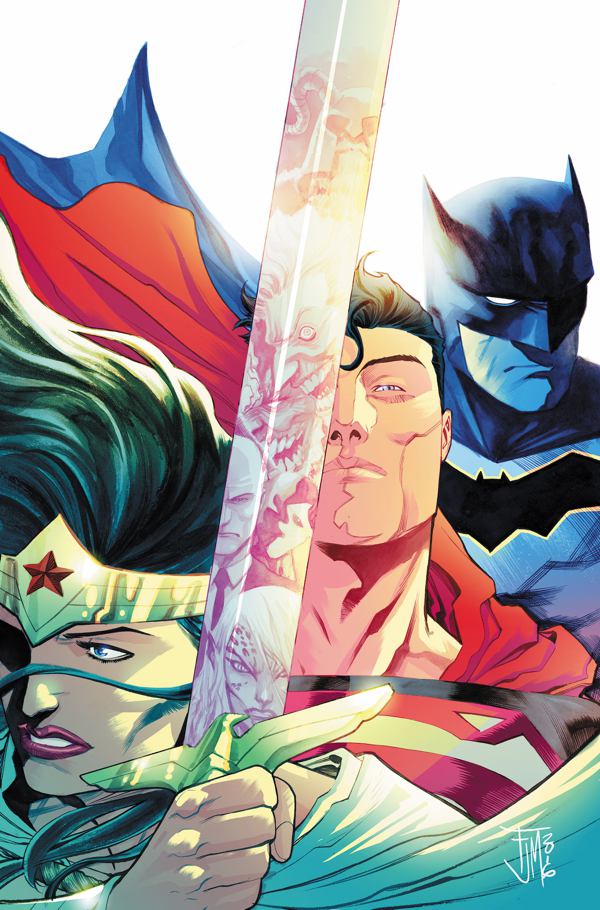 I’m a big fan of mythos and lore, as well as emotional relationships, so my pick is Manapul for his work on Trinity. Diana, Bruce, and Clark are at their best and most emotionally raw within each page that Manapul scribes and I truly feel as though he is crafting a series that should be the shining beacon for DC Comics moving forward. 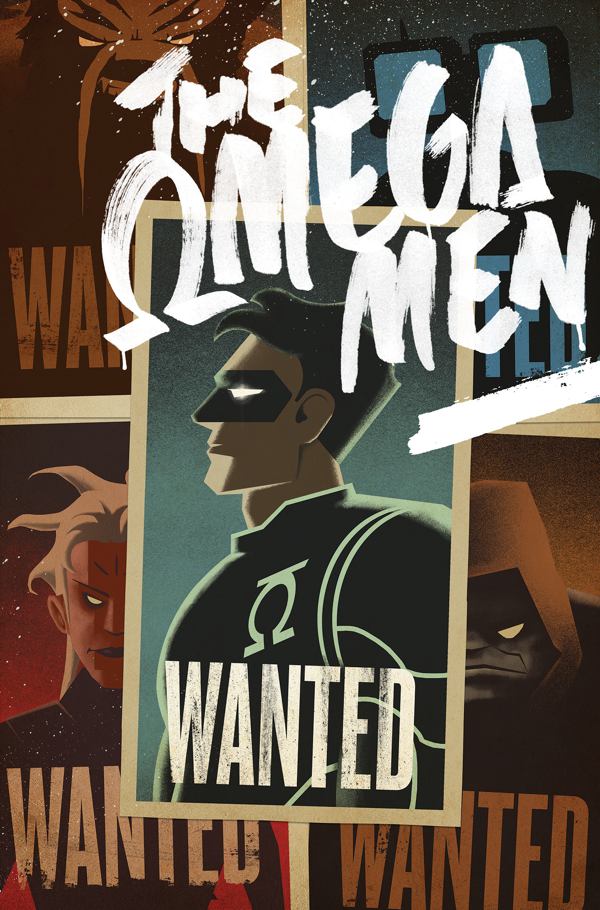 It’s a rare book that gets saved from cancellation these days, but the groundswell of support for Omega Men revived the book and got a 12-issue commitment from DC at a time much of the rest of the DC You line was shuffling off to the back issue bins. That leap of faith paid off as Omega Men rocketed to the top of the trade paperback sales chart. Also, he wrote Grayson, The Sheriff of Babylon, Vision, and took over Batman. So all around a good year for Mr. King. 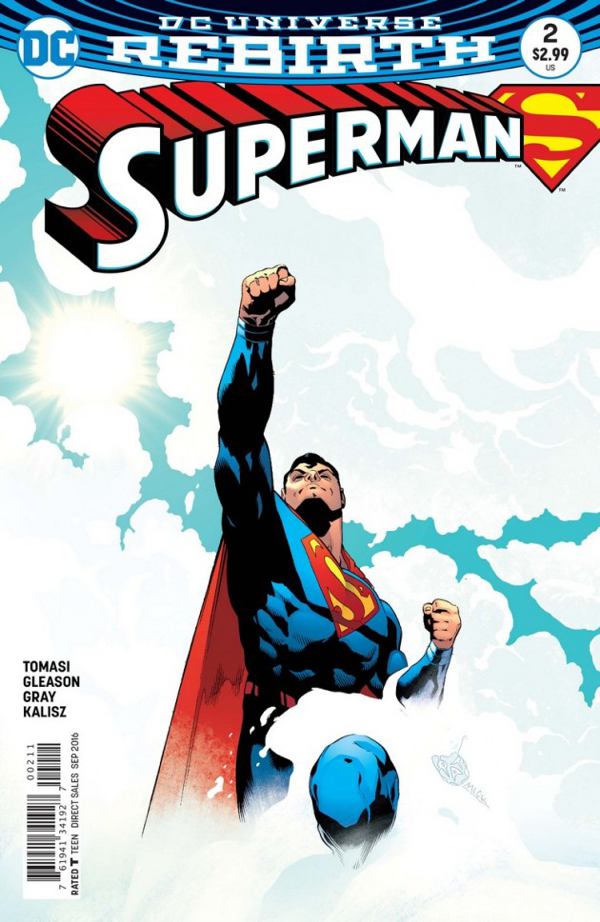 Peter Tomasi has reinvented the #1 Superhero as a Family Man in a revitalized DC Universe. Kal-El has new challenges in a world not quite how he left it and Tomasi is charting the course for the Superman Family on a strong foot. From one in done tales of the family enjoying the Smallville Fair, a father and son adventure on Dinosaur Island, to larger than life epics of Kal, Jon, and Lois Lane (in Batman’s Hellsuit no less) fighting the Exterminator on the Moon. Superman under Tomasi is a comic book title for the ages. 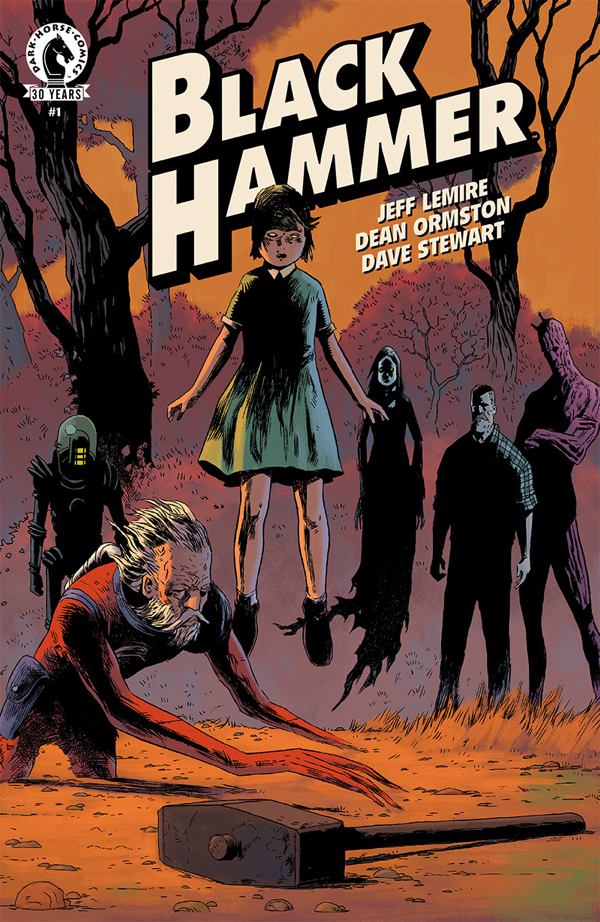 I read Sweet Tooth for the first time last year, and that book has haunted me ever since. Now, whenever I see Jeff Lemire’s name on the cover of a book, I make sure to grab it fast. This year, Lemire was on a hot streak of Marvel books, producing wonderful work for books like Extraordinary X-Men, Moon Knight, Thanos, and my personal favorite of his, Old Man Logan. Each Marvel book he produced has a distinct style and tone, and the voices of this diverse cast of characters is ever-evident in his work. While I thoroughly enjoyed his Marvel work, it was his grand slam of a little Dark Horse Comics books called Black Hammer that currently has the biggest place in my heart. Black Hammer is the book I can’t stop recommending. It’s soulful, sorrowful, hopeful, and disorienting. I’d be remiss to leave out Dean Ormston, his artist collaborator who draws the ever living crap out of this story, as well. Lemire is my writer of the year, as no one tugs on the heart strings quite as meaningfully as he does, and I hope it never stops. 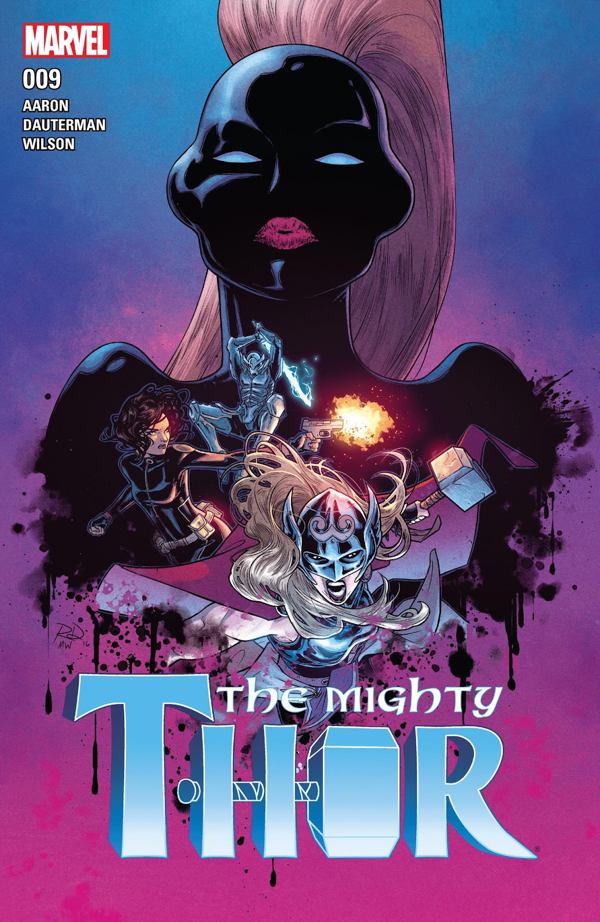 Jason Freakin’ Aaron. Thor. Star Wars. Southern Bastards. The Goddamned. Good stuff. Great reads. Aaron’s one of those guys like Jeff Parker who just understands the characters he writes, shapes them ever so slightly, and makes them his own. And his own creations come to us readers fully formed. Aaron’s name on a book is a lock for me, and way more often than not, results in a satisfying read. 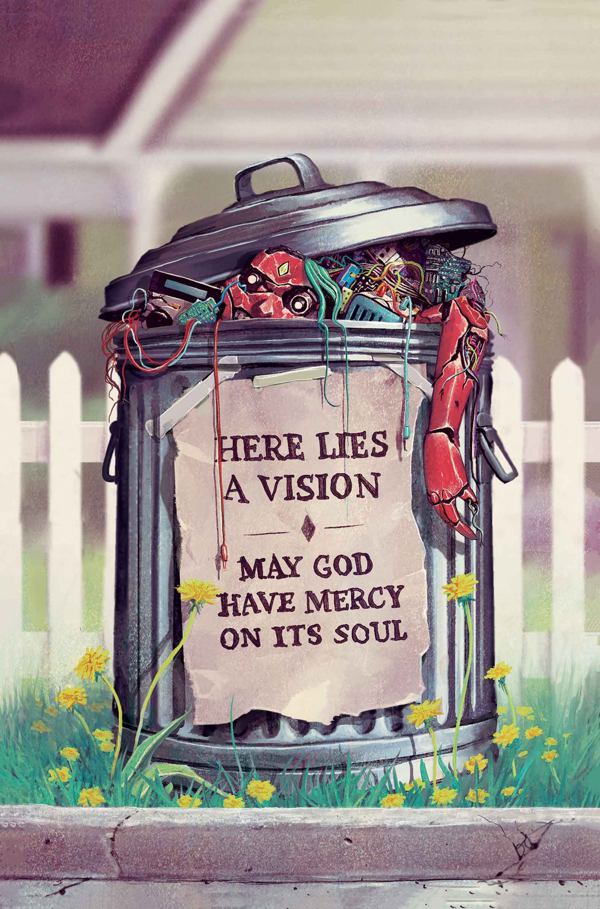 I don’t think I’ve ever had as easy of a time picking my top writer of the year. What Tom King did in 2016 put him in a class of his own. It’s not often that a writer is good enough to write one series that will arguably go down as an all time classic, and it’s even rarer to do it twice in a career. How about having THREE comics that should go down as classics coming out at the SAME time? That is what Tom King did this year with The Sheriff Of Babylon, Omega Men, and The Vision. These are comics that fans will discover and love thirty years from now in the way The Dark Knight Returns and Watchmen endure today. On top of that, King also had the daunting task of following Scott Snyder’s classic four year run on Batman. How did he handle that? He ended up writing one of the single best issues to feature The Dark Knight in years. 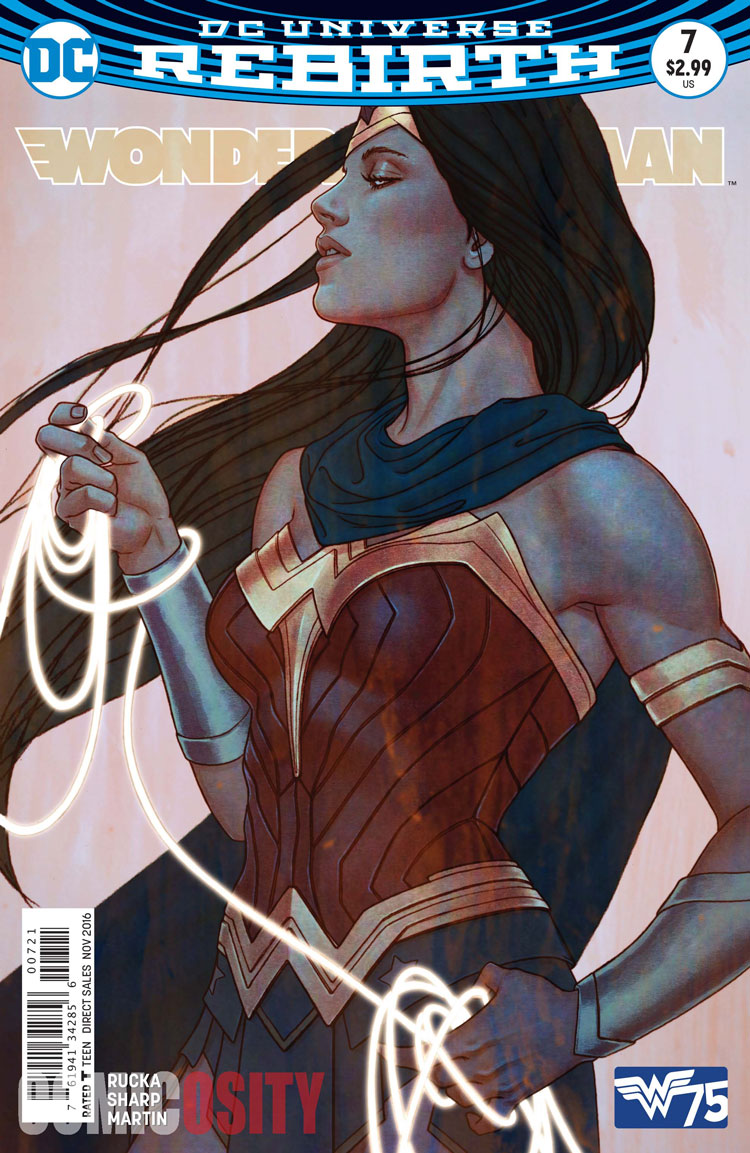 With a long career developing one exceptional female protagonist after another, Greg Rucka may have just had his best — and most challenging — year yet. Continuing his runs featuring original creations Forever Carlyle and Dex Parios, Rucka also saw his brand new title with artist Nicola Scott optioned for a television series before its fifth issue even arrived. Detective Rowan Black had to wait her turn, however, as the writer returned to DC Comics on the title he left behind years ago: Wonder Woman, bringing his artistic collaborator with him to deliver a seminal Year One story. Every issue brings with it nuance, grace, and an honesty to the character that is among the most remarkable for her 75 year history. In short, Rucka weaves every story he tells into narrative gold, and we all are blessed to be able to bask in the glow. 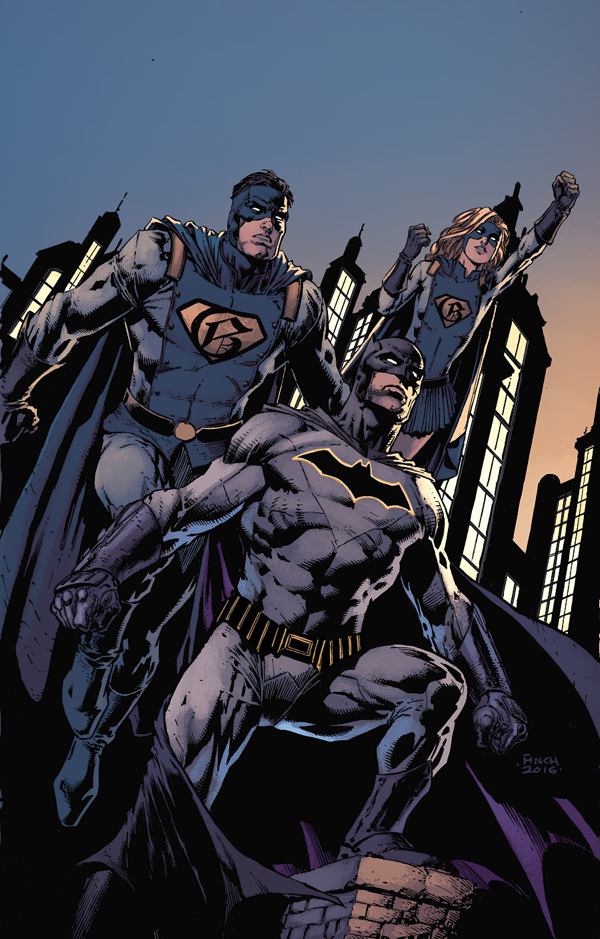 Batman. The Omega Men. The Vision. Tom King stole the writing show in ’16 and I haven’t even read Sheriff Of Babylon yet. In some ways, it feels like this cat came out of nowhere and just started kicking immense amounts of ass. His run on Batman has been nothing short of brilliant thus far and Omega Men and Vision continue to haunt me to this day. His work this year has been, in a word, flawless.