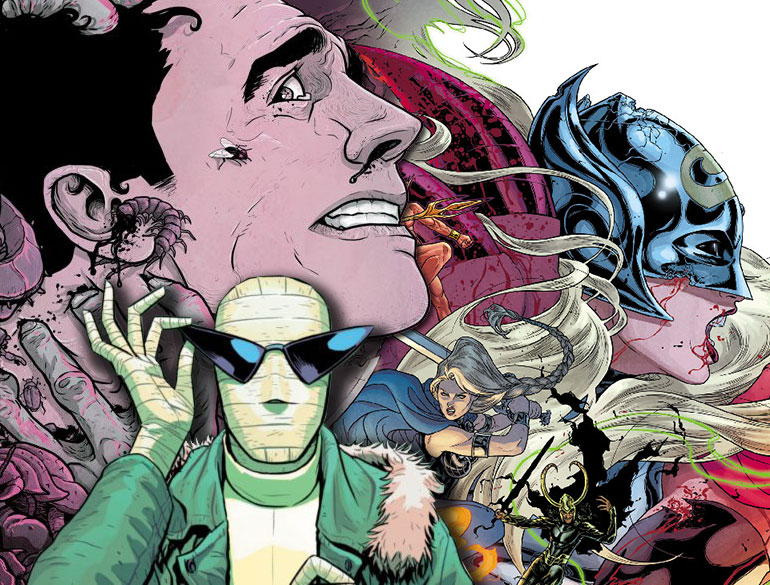 We begin with the Best Colourists of 2017 right here: 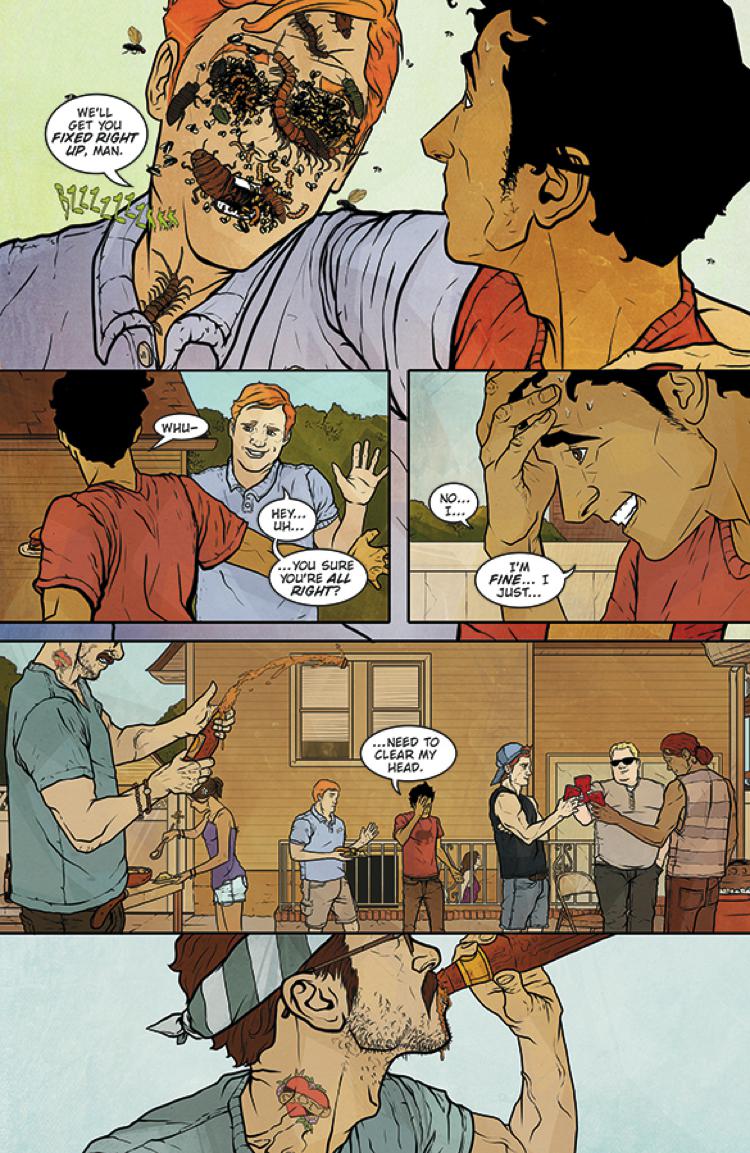 If you have ever met me, you know how much I enjoy creepy stuff. Marie Enger makes all my creepy dreams come true. Regression is a fantastic, horrifying book through and through. Enger’s colors elevate the story and art to a new level of horror. Enger picks color palettes other artists might shy away from. Putrid shades of green and orange combine with pastel tones to create something beautiful and strange. I hope to see her work on many more books in the future, horror and otherwise. 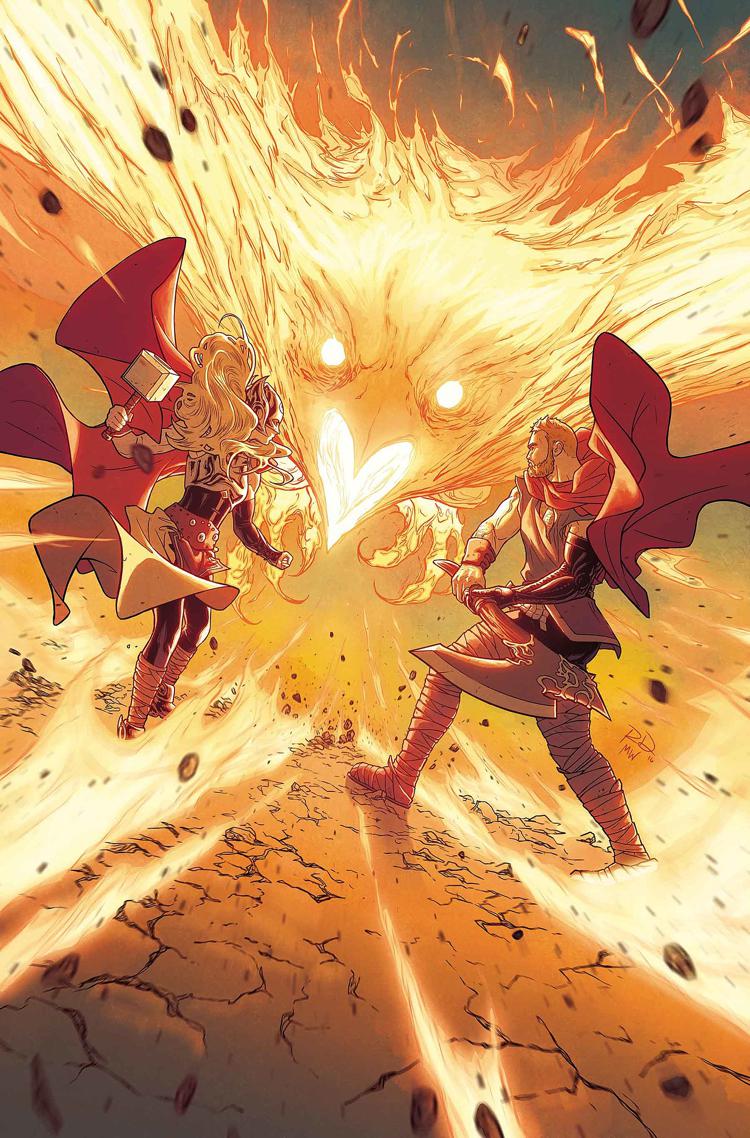 I don’t know how much more I can say about Matthew Wilson. The prolific color artist continued his amazing few year stretch in 2017. Whether it was The Wicked + The Divine, The Mighty Thor, Paper Girls, Captain America, Runaways or Marvel Legacy Wilson undoubtedly made every comic he worked on better. The best part is that he adapts his work to the project and work of his collaborators. The end result is a different, yet equally great look for each and every project. It can be argued that he is in fact the most valuable artist in the industry today. He is that good, and I’m willing to bet his collaborators agree. As long as he continues to color comics I wouldn’t be surprised if his name ends up here every year. 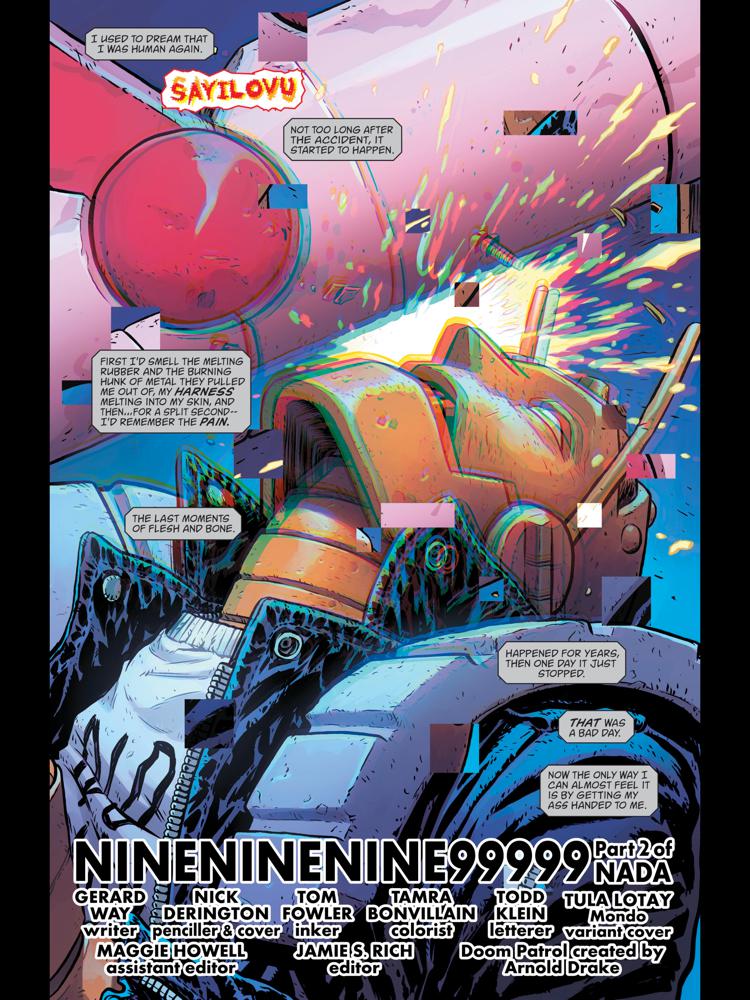 Doom Patrol, Moon-Girl and Devil Dinosaur, Uncanny Avengers and more. All of these comics have unapologetic, bold color palettes, that spring from the imagination of Tamra Bonvillain. She really made a mark in 2016, and 2017 built on that solid foundation, giving Bonvillain more opportunities and more room to shine. I’m looking forward to what she brings to comic pages in 2018. 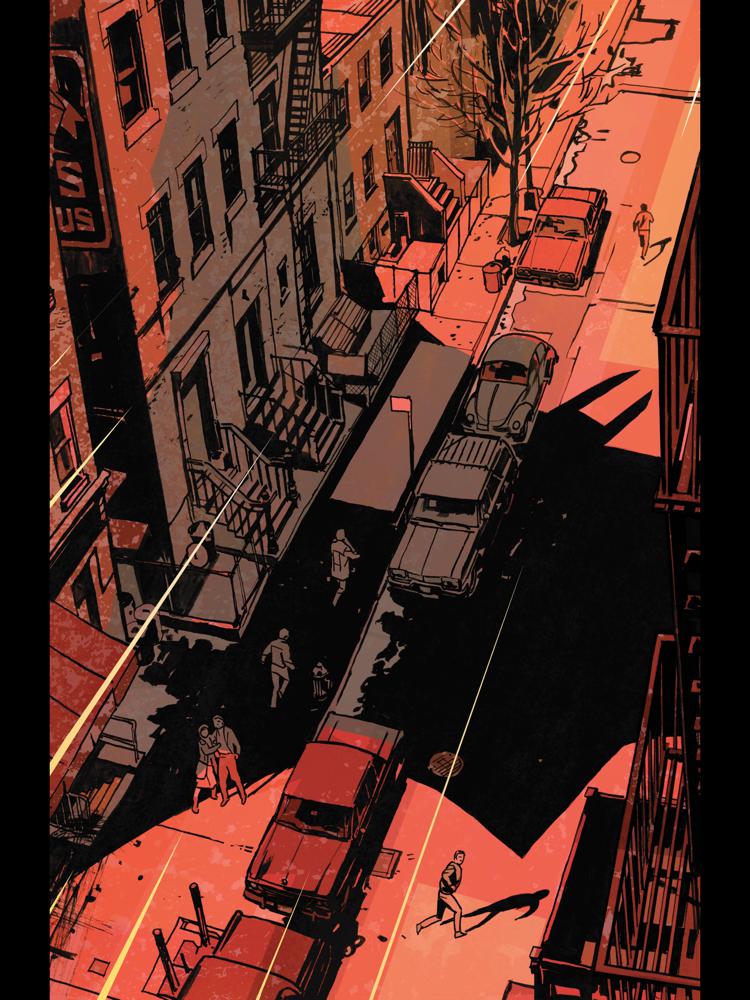 30 years ago, comics were changed by the sudden dominance of the writer/artist. We are now seeing a similar influx in the artist/colorist. Changes in comics’ creation including digital and an increase in painted work has opened up the door for an artist to go soup-to-nuts on the art. Several are only bringing in an extra hand for lettering (and some not even that). All of the colorists I chose this year are coloring their own artwork and making it all of a piece rather than the usual artistic assembly line. Something to watch going forward. 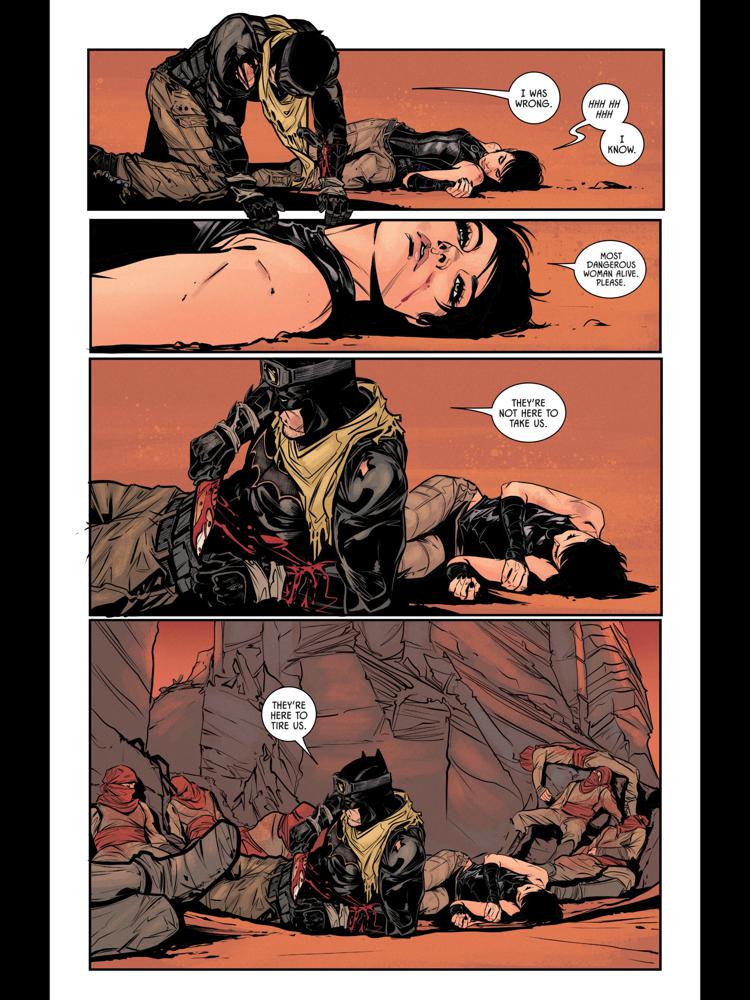 Colourist extraordinaire Jordie Bellaire’s list of titles she worked on in 2017 is vast to say the least, but it was, perhaps the highest profile title of them all that pushed her name to the top of the list for me this year: Batman. Her work on this title has been flawless and the issues with Joelle Jones, in particular, are some of the best coloured comics I have ever seen. At this point in her all-star career it almost feels foolish to say this, but Jordie Bellaire is one of the most talented artists working in the industry and any issue featuring her name is bound to be a gorgeous feast for the eyes.