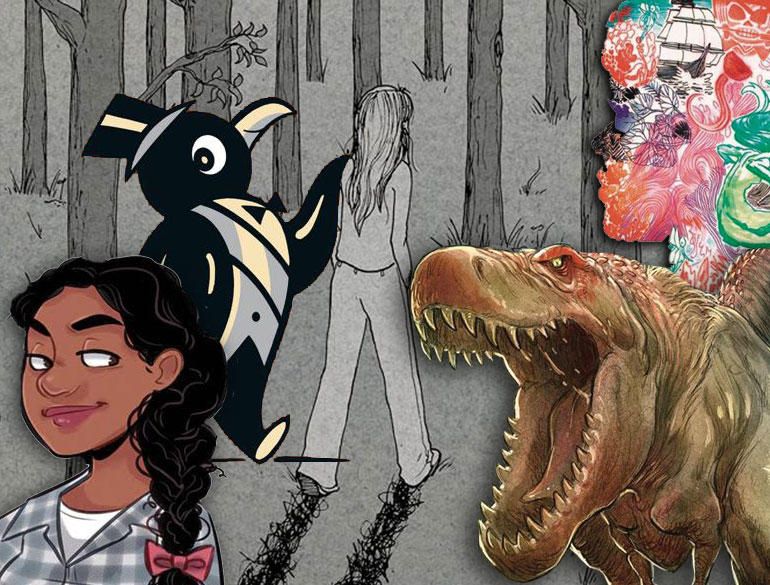 We continue with the Best Graphic Novel of 2017 right here: 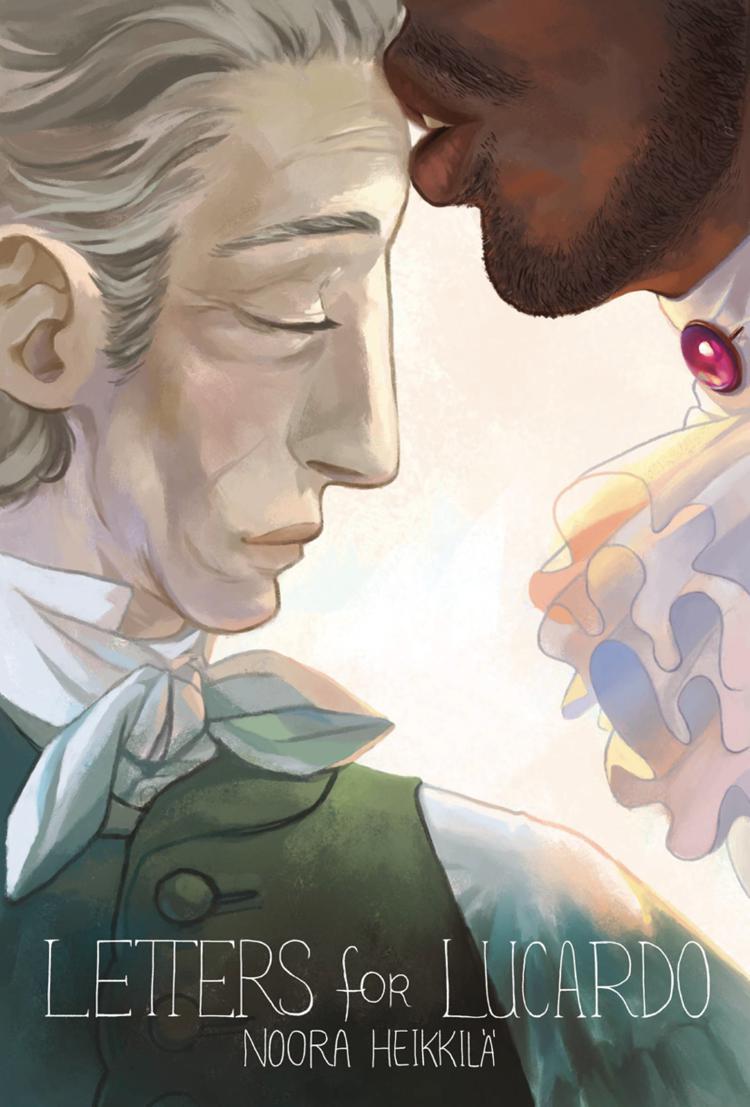 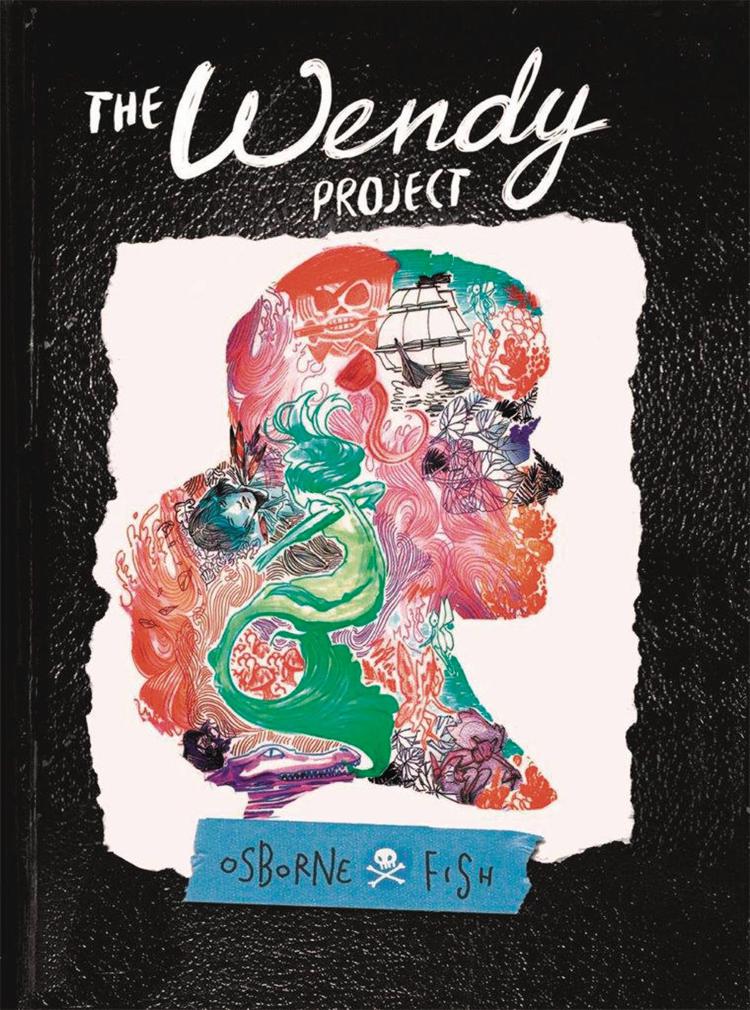 Grief is one of the most complicated human experiences, and this graphic novel puts it into the world of Wendy, a teenager grappling with the disappearance of her brother. The use of J. M. Barrie’s classic novel to express the nuances of this emotional time is excellent, and the comic ends up being a deeply moving portrayal of how we process loss. 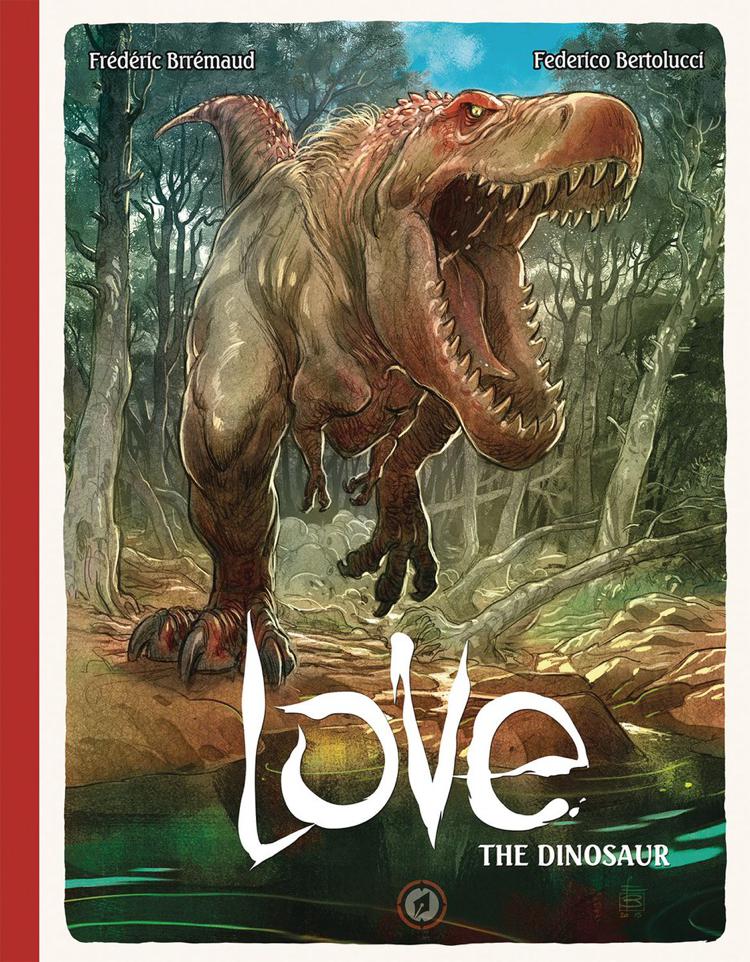 Love: The Dinosaur. The fourth in the series from writer Frédéric Brrémaud and artist Federico Bertolucci, this book is a gorgeous hardcover package filled with magnificent art – of dinosaurs! The Love series are comic book stories for people who enjoy nature shows. Brrémaud and Bertolucci are smart enough to be friendly to readers of all ages, interests, and backgrounds. Love in the title isn’t like love as you or I understand it, but there sure is a lot to love about this book and the series. 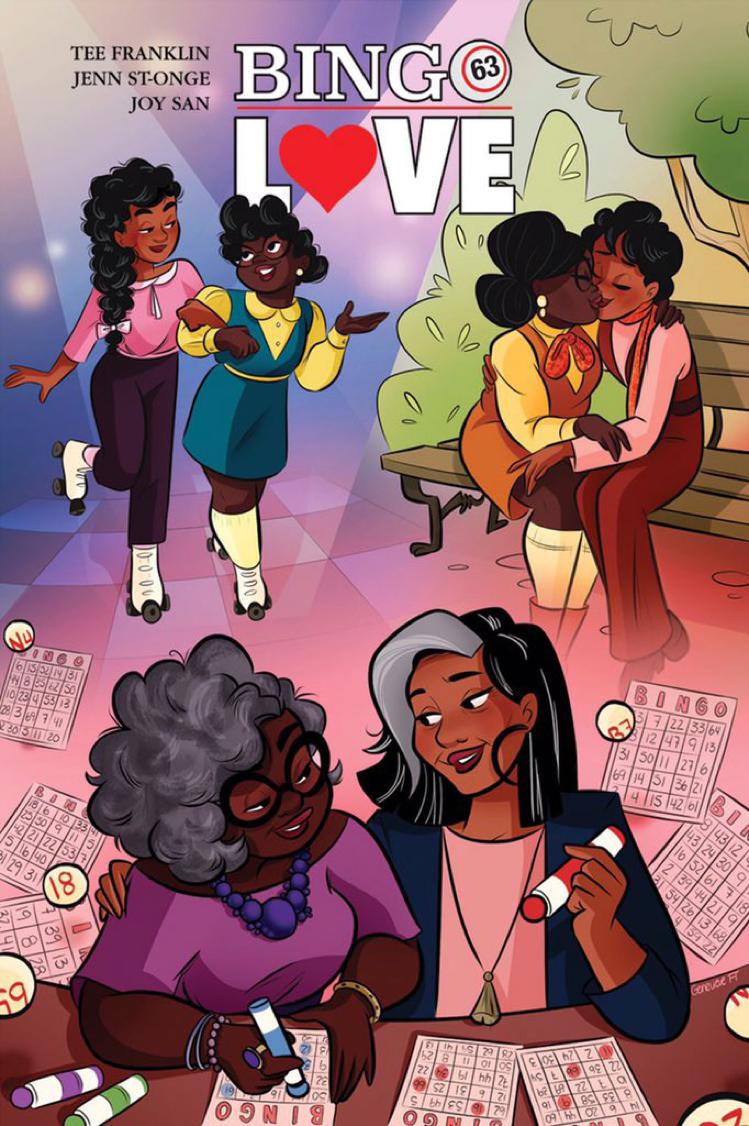 Bingo Love is a graphic novel that was published by Inclusive Press via Kickstarter campaign this year and will be re-released next year by Image Comics. This book is the story of Hazel Johnson and Mari McCray, two queer African American women, who meet in 1963 as teenagers and fall in love. Theirs is a story of a couple who were kept apart for many years by family and societal pressure, only to be reunited and have a happy ending. Notable right away for its inclusion of characters from multiple demographics who are so seldom included in mainstream comics, Bingo Love offers a fun story that manages to portray the trials that come with being marginalized in society, while still offering hope that things can get better. The story spans decades and the creative team does a wonderful job in conveying the impact on people who have to live with the pressures of family and society for their whole lives, as well as the complicated feelings that come with being placed into such a situation. I hope that potential readers who missed the initial publication will pick up this book upon re-release. 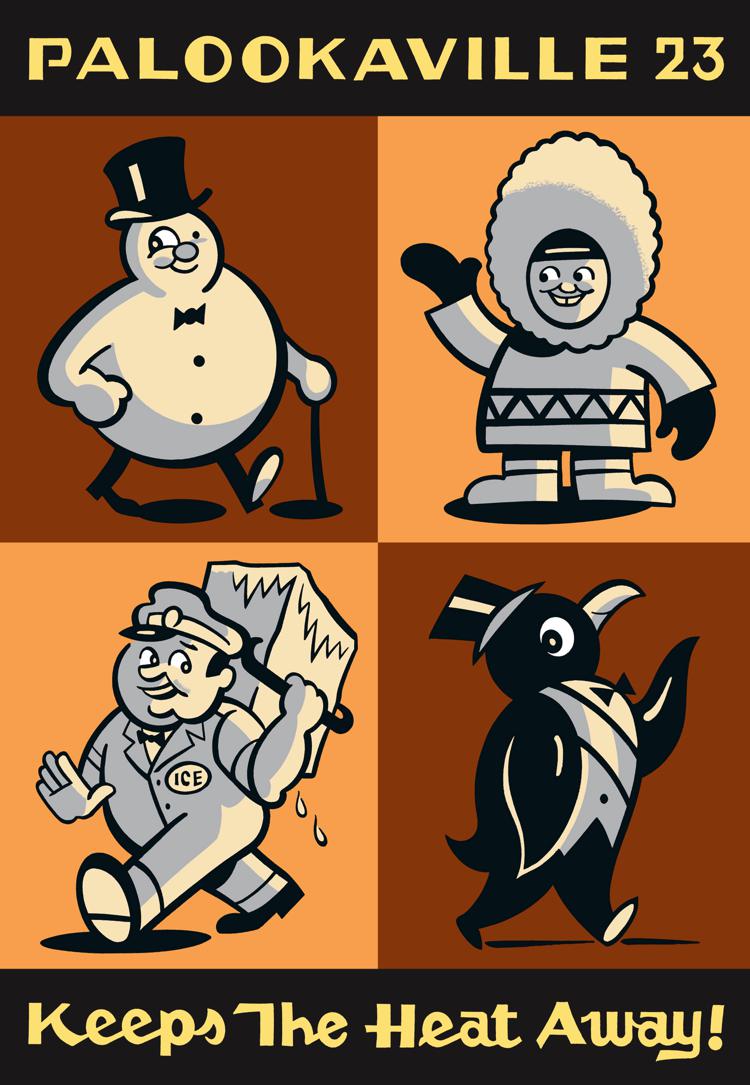 Written by Seth
Art by Seth
Published by Drawn & Quarterly

Canada’s finest comic storyteller returned this year with the latest volume of his graphic novel series Palookaville. This volume wraps up the epic Clyde Fans, the simple story of a small-town family business and the pain of its failure. Begin in 1998, Clyde Fans will stand as one of the great works of Canadian comics. This volume also contains another chapter in Seth’s autobiographical work Nothing Lasts and other supplementary material. The physical design of the Palookaville books make them beautiful works of art on their own (Seth is an Eisner and Harvey Award winner for his design of the Complete Peanuts series from Fantagraphics). 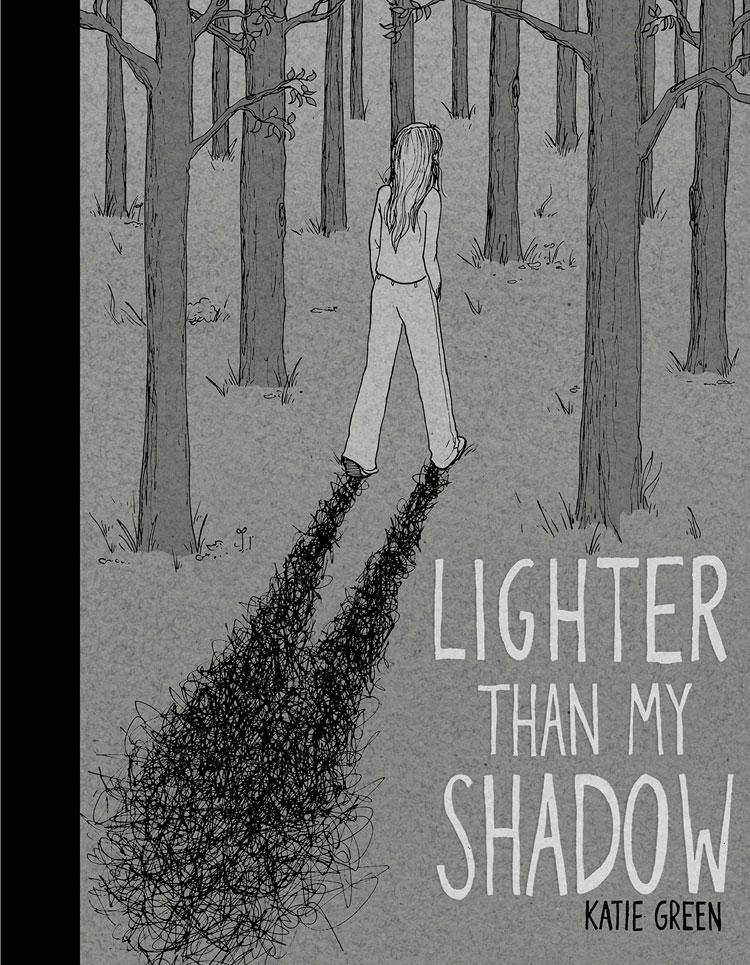 LIGHTER THAN MY SHADOW

An exceptionally personal and gut-wrenching autobiographical novel, Lighter Than My Shadow grapples with the author’s anorexia, depression, and the seemingly endless cycle of anguish and conflict attached to her daily life. Over the course of this over-500- page book, the reader gets to see and read Green’s pain manifested in the view she has of her own body in a way only illustration could convey. Rendered in bittersweet black ink on seemingly fragile textured paper background, this original graphic novel is difficult, rewarding, and heartbreaking all at the same time. 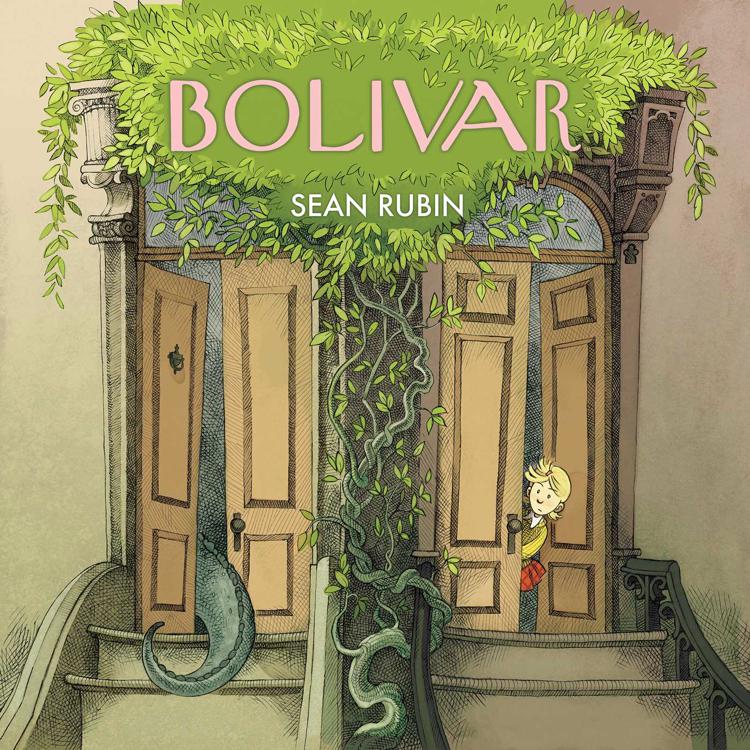 This delightful graphic novel made me happier than any other reading experience in 2017. The tale of a dinosaur living in New York City is heartwarming, beautiful and touching for readers of all ages. It speaks about invisibility, our culture of being so hyper focused on devices and controversies that we cannot see the world around us, and about how important it is to just pay parking tickets and not make a fuss. Bolivar made me smile with every single page, and Sean Rubin’s delightful character work will fill your heart with joy as you cheerfully read this brilliant graphic novel over and over again.

Runners-Up: Audubon: On The Wings Of the World, Jane