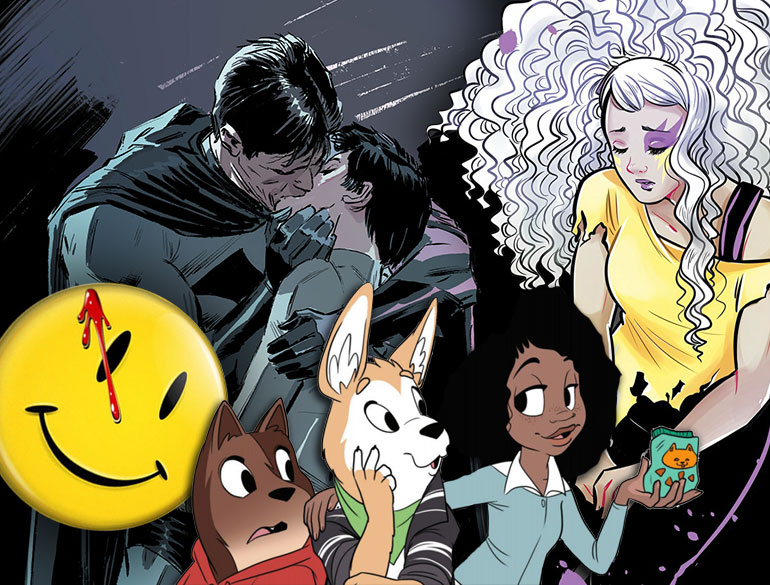 We continue with the Best Single Issue of 2017 right here: 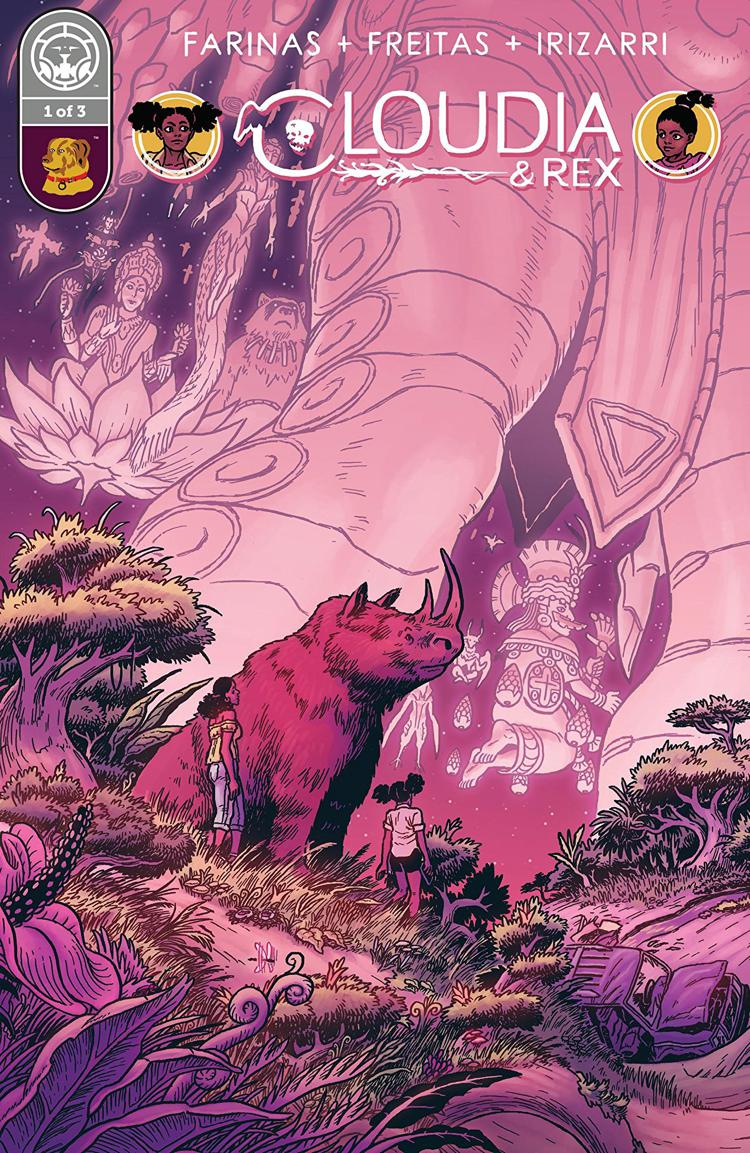 Cloudia and Rex is one of the best all-ages series of the year, and the introductory issue is a perfect example of why this book is so special. It is appropriate for all ages, but approaches real-world themes in a mature way. The first issue focuses in on one of the most important facets of the book- diversity. The main characters are young black girls dealing with heavy issues and the troubles of growing up. They encounter another world, full of gods and deities from cultures all over the world. This series is full of wonder and adventure, and the first issue is (obviously) the perfect place to begin. 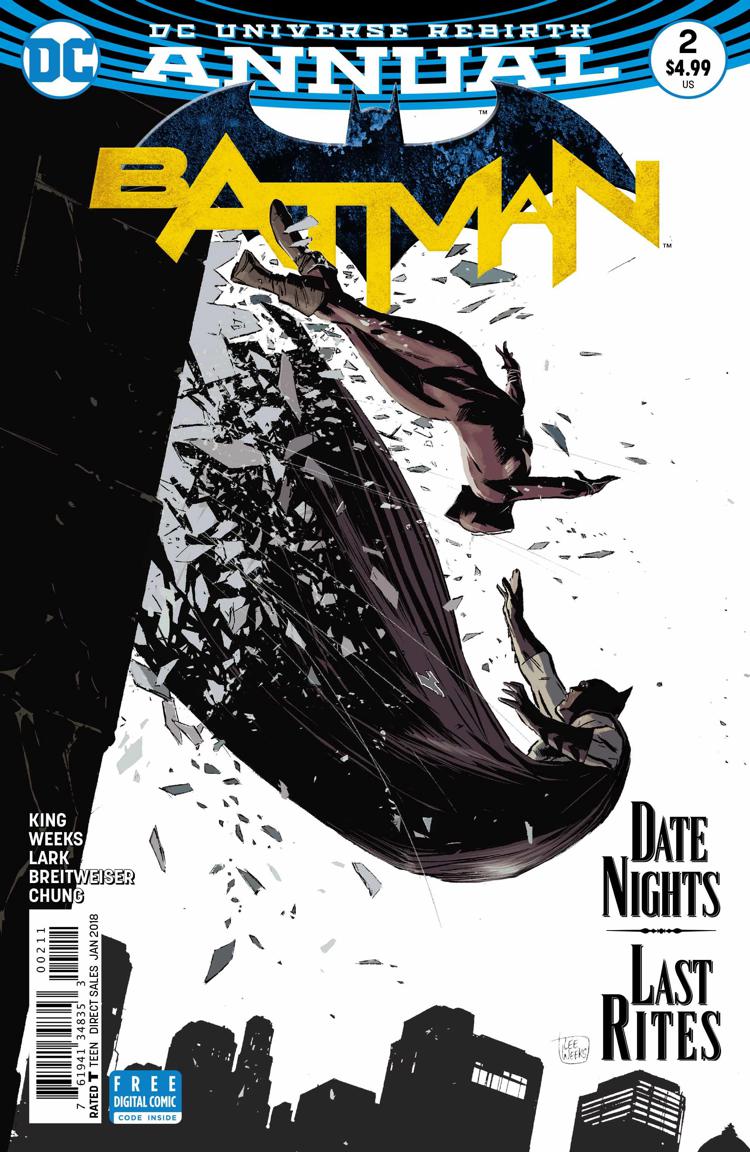 So this has been a great year for me in that I got to see BatCat become more fully realized. This issue highlights Selina as a focal point for Bruce in helping him become stronger, but also emphasizing how this plays into their future relationship. The story is beyond endearing and is a thoughtful look at relationships, love, romance, and change. 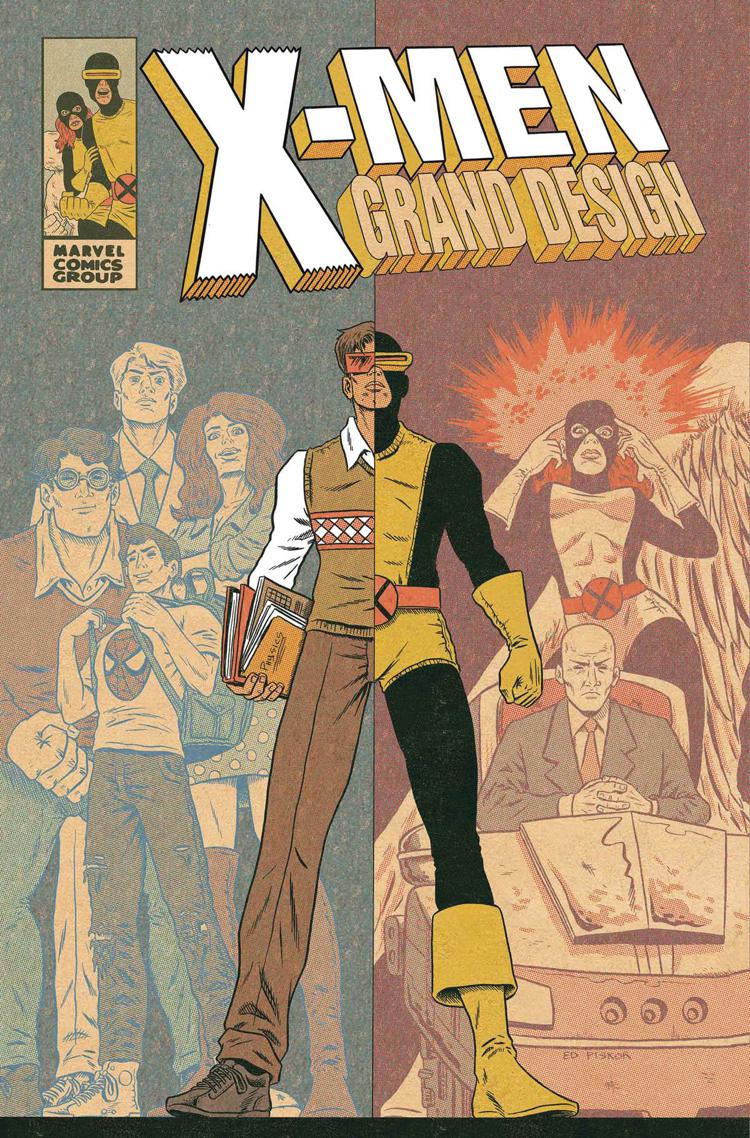 There were a lot of great single issues this year. I came down to a final three of Mister Miracle #4, Batman Annual #2 and my eventual choice of X-Men: Grand Design #1. It was a tough decision to make, but in the end I went with Ed Piskor’s recently released love letter to the X-Men for a number of reasons. First, the X-Men were my first comic book loves and Piskor was able to combine his unique style with his own love for the Children Of The Atom into something that hasn’t been done at the Big Two. Second, the comic itself is for long time X-fans and new fans alike. The X-Men spent decades as the most popular comic Marvel was publishing, and with that came a lot of retcons and changes throughout the years. It got so bad that even the most hardcore of fans had trouble keeping things straight. Piskor was able to boil all of that confusion and complication down to forty pages of easy to follow history. Third, Ed Piskor singlehandedly produced this comic. He wrote it and did every piece of art. You don’t see that much in mainstream comics these days, and something like it should be celebrated when pulled off this masterfully.

The best part is that the first issue only made it through to the first actual issue of X-Men. That means the second and third issues due out next year will cover almost all of the most memorable moments of the team’s first thirty years. If the issue that dealt with the pre X-Men days was this good can you imagine what Piskor’s take on the Dark Phoenix Saga is going to be like? In the end I chose this over some of Tom King’s best work because it’s the weirdest, most interesting single issue that Marvel or DC has produced in years. I hope this is just the beginning of Piskor’s relationship with the publisher, because his unique voice and style will only make the company stronger. 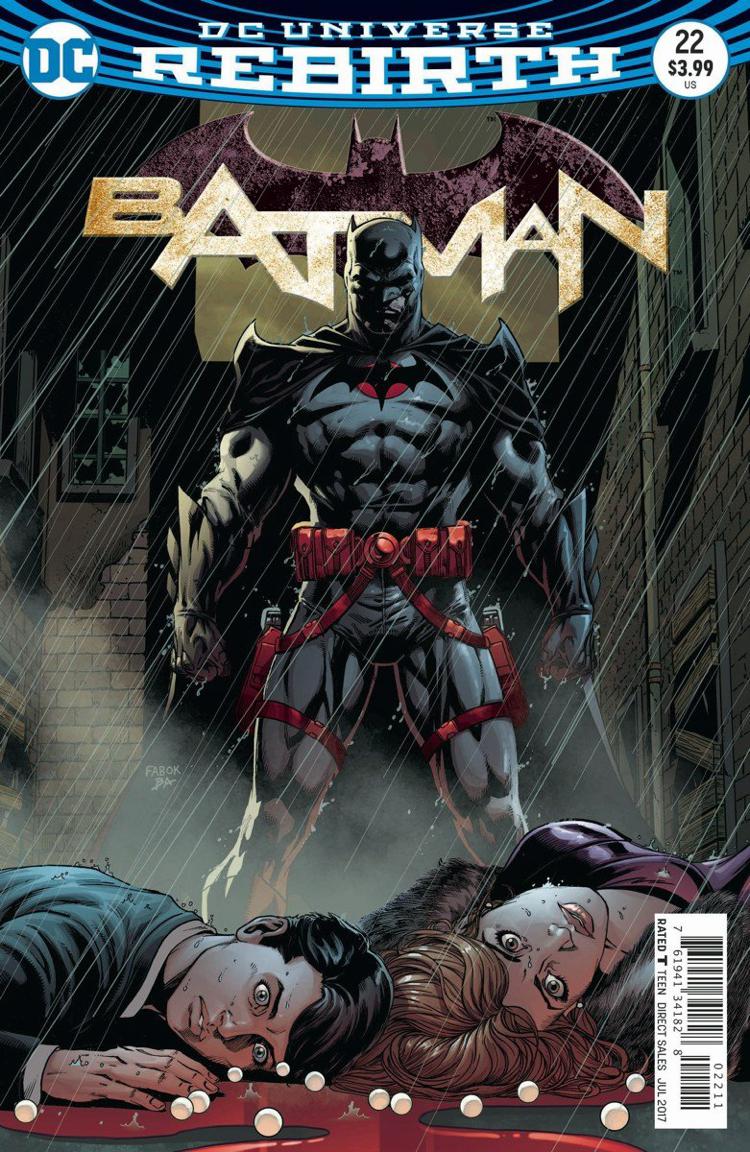 In a combination of writing, art, and historic moments Batman #22 stands out as the best single issue of the year. This single issue is the birth point for a new way of thinking for Batman and leads to some major changes in the Batman status quo. How could this issue not be that important with Bruce Wayne coming face to face with the reason why he is Batman. To top that off: that reason tells him not to be Batman anymore. The artwork couldn’t be anymore solid, or any more Batman than it is. It captures each moment perfectly. 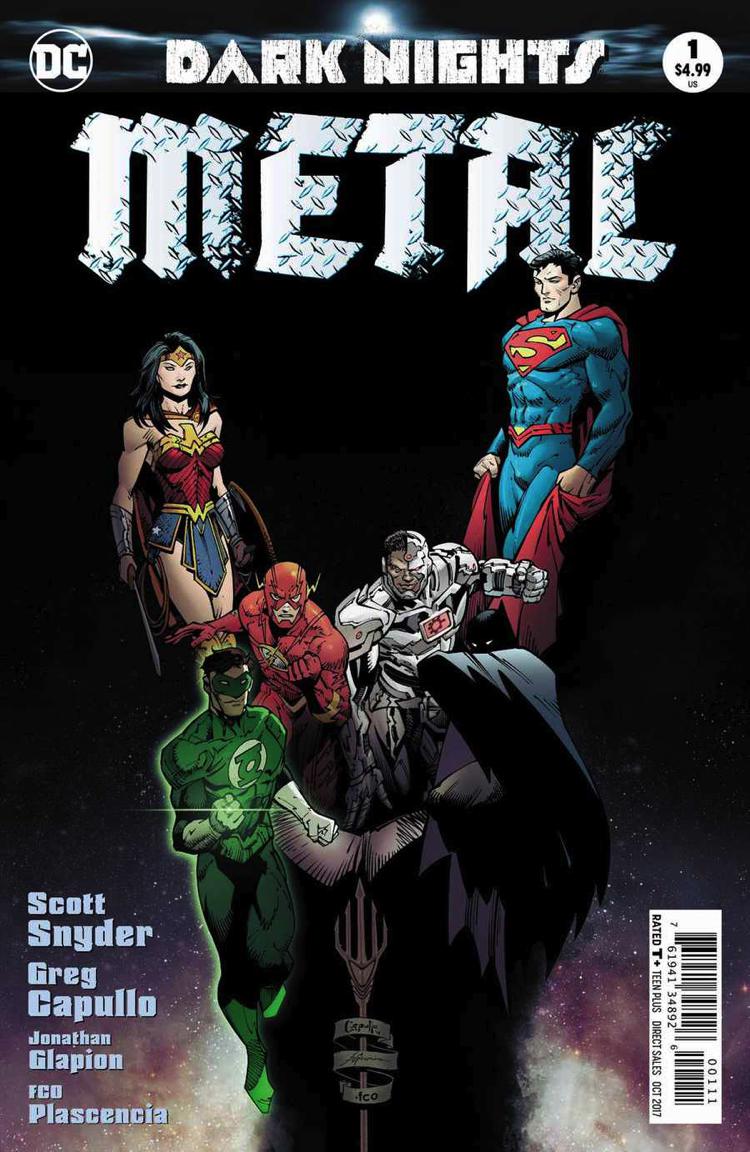 Dark Nights: Metal #1 hit some high notes for me as a comic book fan. I love big events, crazy concepts, ideas that can only be accomplished in comics, and DC’s less popular characters, like Hawkman and Hawkwoman, the Doom Patrol, Red Tornado, Blackhawk, Metamorpho, Hawkgirl, and more. They didn’t all show up in Dark Nights: Metal #1, but a lot of them did, and writer Scott Snyder crafted a plots fueled on bananas and Kirby crackle, which artist Greg Capullo drew with equal parts caffeine buzz and Saturday morning cartoon magic. It might not be the greatest literary work to spin onto the comic book scene this year, but there’s no denying it’s a fun comic that exists to be fun. The sheer amount of ancillary titles sprung from this story seems excessive, but from a marketing standpoint, it validates the source. The individual issues of the main metal series have been spread apart enough for me to want to go back for a re-read with each subsequent issue, but Dark Nights: Metal #1 offers the most hope and promise, especially for this Hawkman fan. 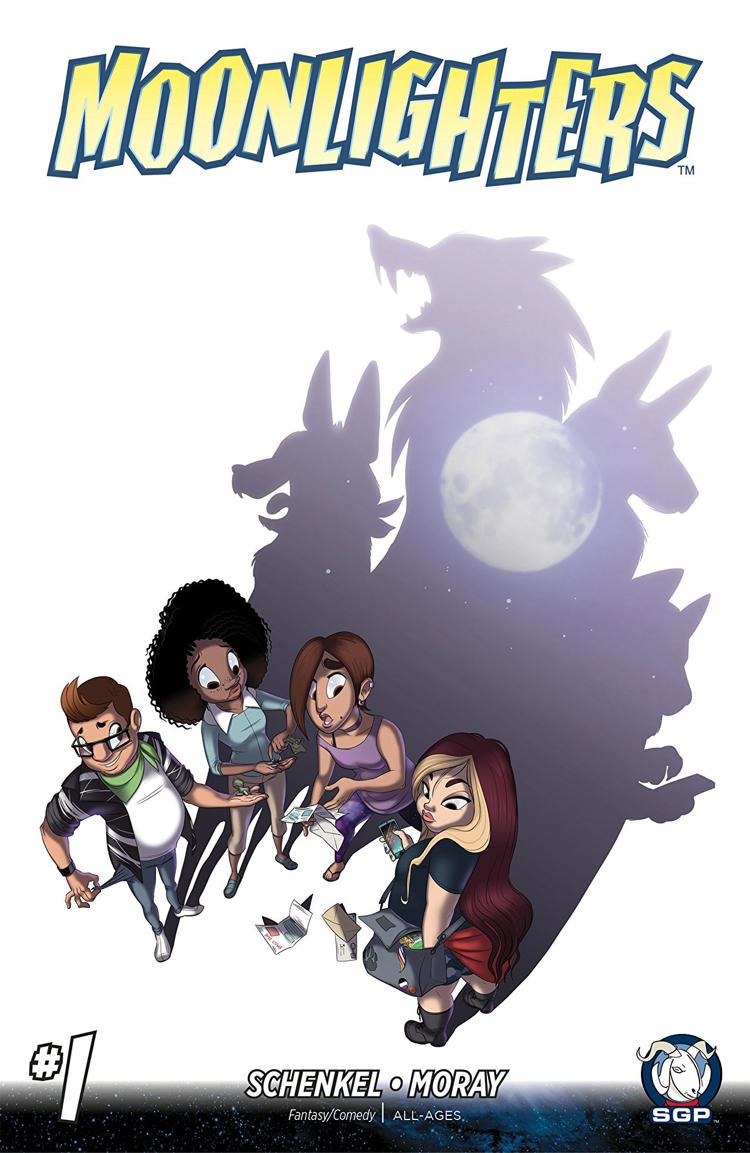 Moonlighters is a digital-first series released by Space Goat Publishing and tells the story of Renee, who is bitten by a werewolf and goes to the Moonlighters, thinking that they are monster hunters, for help in finding out who bit her. As it turns out, the Moonlighters are werewolf friends and roommates who do odd jobs. Renee ends up making new friends and the adventures begin. I was very much anticipating this series and it exceeded my expectations right from the first issue. There’s often discussion about the lack of comics for kids and the lack of queer stories for kids. This issue and series is a praiseworthy addition on both fronts. Despite clearly being intended for a younger audience, the story is just so much fun that I look forward to each instalment, eager to make up for the lack of such stories that I had when I was a kid. 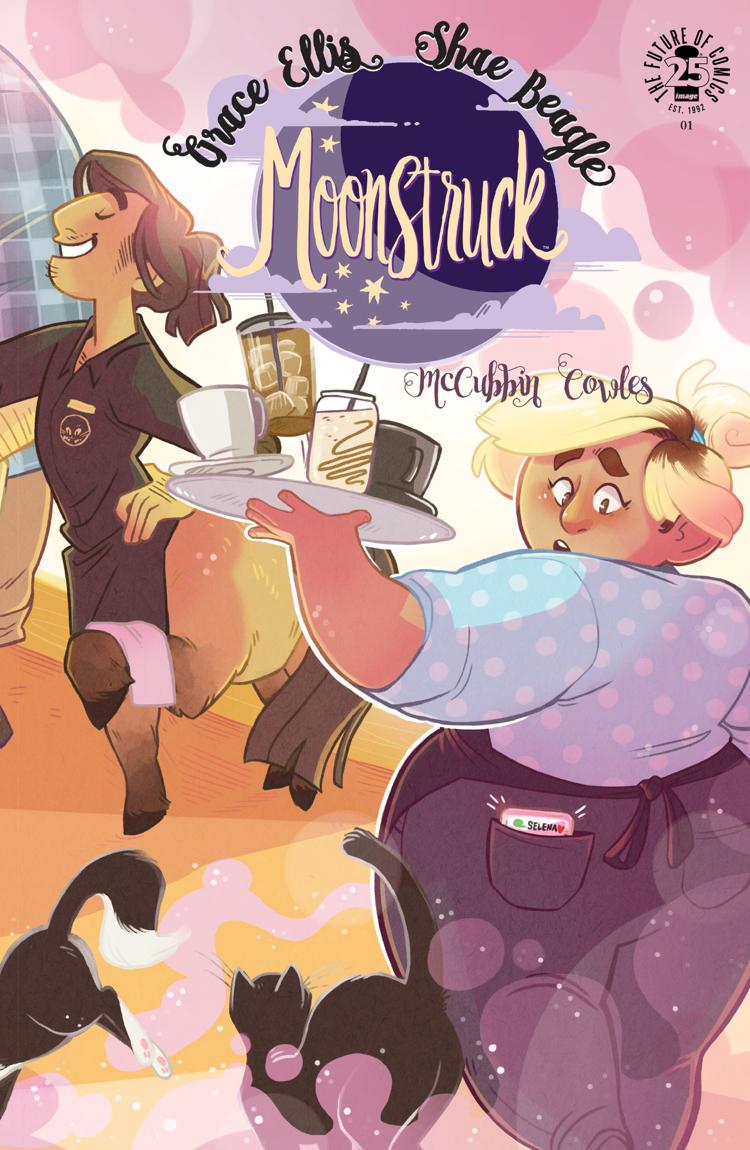 Moonstruck #1 completely does it for me because of all the supernatural creatures inhabiting the modern day setting. Plus, it was just really adorable! A great start!

Sometimes you encounter a comic that you can only describe as “better than it has any right to be.” That’s this one. The concept is, on its surface, incredibly silly. The Dark Knight meets … The Fudd? And yet, King, Vaughns, Weeks, & Co turn in a noir tale that is inventive, surprising, and utterly charming. 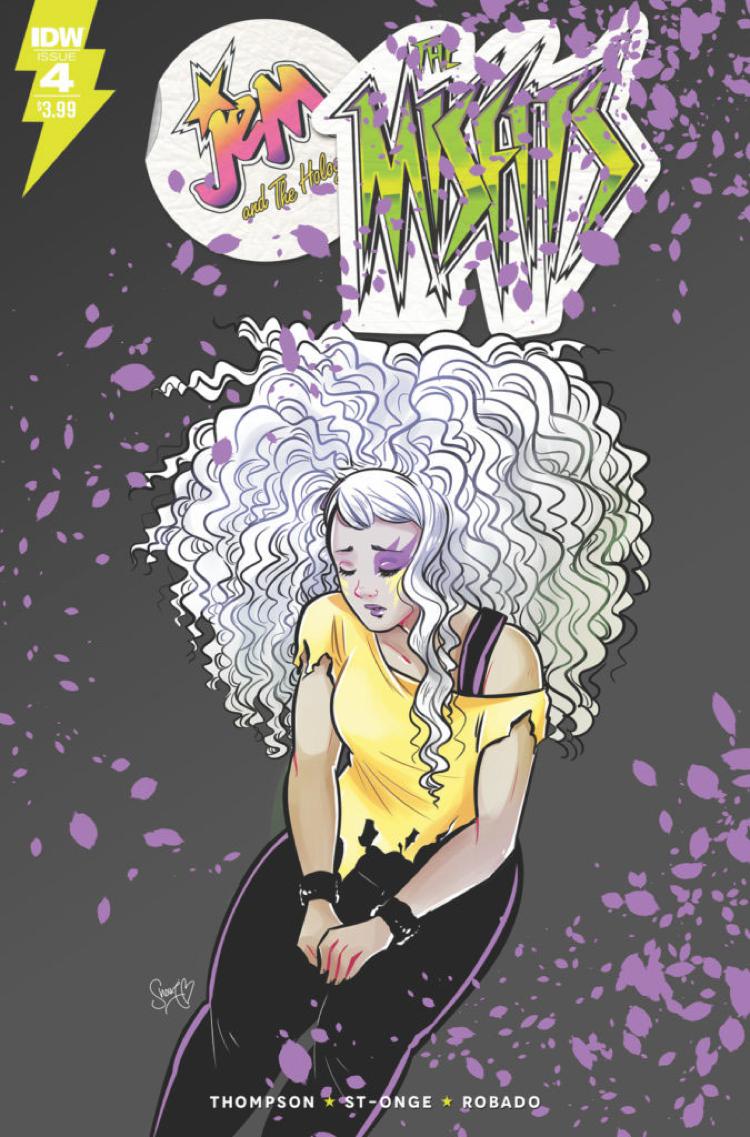 All of the individual issues of the Misfits mini-series were exceptional, leading me to frankly love these characters so much more than the Holograms themselves. But issue #4, focusing on Roxy and her struggle with illiteracy, really reminded me that the harshest characters (or people for that matter) have something inside them that made that armor go up, and an amazing writer and artist can expose that and change the perception of a character overnight. And that’s exactly what this issue did.

How does one change a character that is over 75 years old? How does a creative team do that well, no less? Ask Tom King and his partners in crime that have helped bring the romance/engagement between Bruce and Selina to fruition. This Annual is the culmination of a lot of building in my opinion, with this creative team showing readers what Bruce & Selina’s life can be. It’s beautiful and heartbreaking all at once, a true masterpiece of storytelling where the capes and cowls take a back seat to the human aspects of these legendary characters.