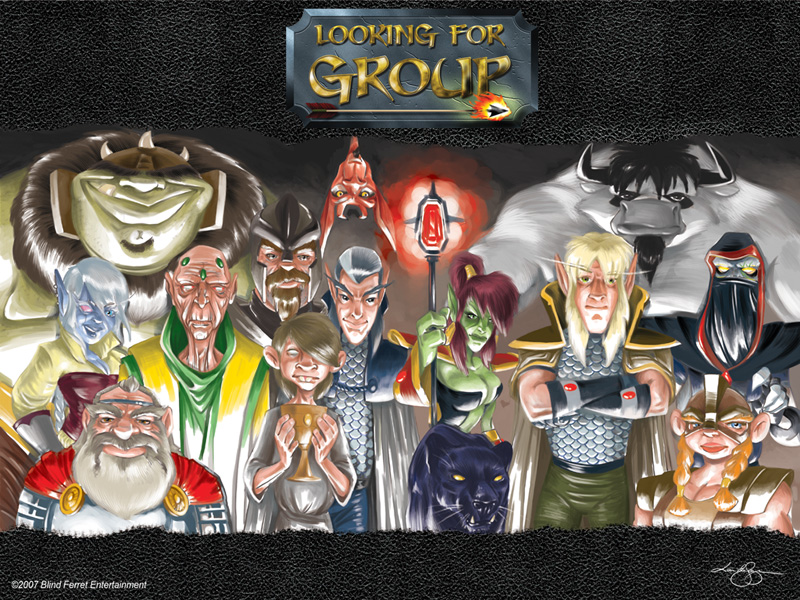 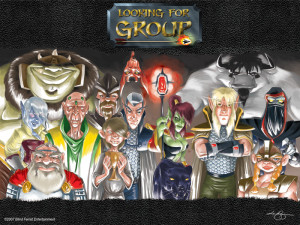 “Looking For Group is a free comic that is updated several times a week and is generally looked at as a Fantasy/Science fiction parody series that pokes heavy fun at everything World of Warcraft, Lord of the Rings, Wheel of Time, RA Salvatore, Dungeons & Dragons, George RR Martin, Everquest, Star Wars and anything else we enjoy, derived from Video Games, Film, Television, Books and Graphic Novels.”

The caveat of all web comics is that if it’s niche that is not part of your wheel house you might be lost. Nothing could be more true for this comic-strip feeling web comic. The serialized adventures of these role playing game tropes hinges upon you having an experience that is all too similar. Be that as it may, if you enjoy any of the properties listed above you’ll probably love this series.

Since it has been ongoing since 2006, there is a lot of ground to cover… over 700 full size comic pages. However, the comic is designed more as a newspaper style serial where you could potentially jump in at any point. When you cannot get away from work to jump into a pug online, this might just be the comic you’ve been searching for.  If you use a web-comic reader with a “choose a random page” function this is precisely the type of series it was designed for, since you can pick up anywhere.

From the language barrier you might face, digital slang, to dealing with a P.U.G. or even poking fun at modern culture that has nothing to do with role playing activities, this comic is a pure escape, without the emotional baggage. In fact within the last month the creators have been pushing their boundaries and running a Kickstarter to create an animated version of the series. The art has a very simple but clean animated feel to it.

LOOKING FOR GROUP can be found on the lfgcomic website.