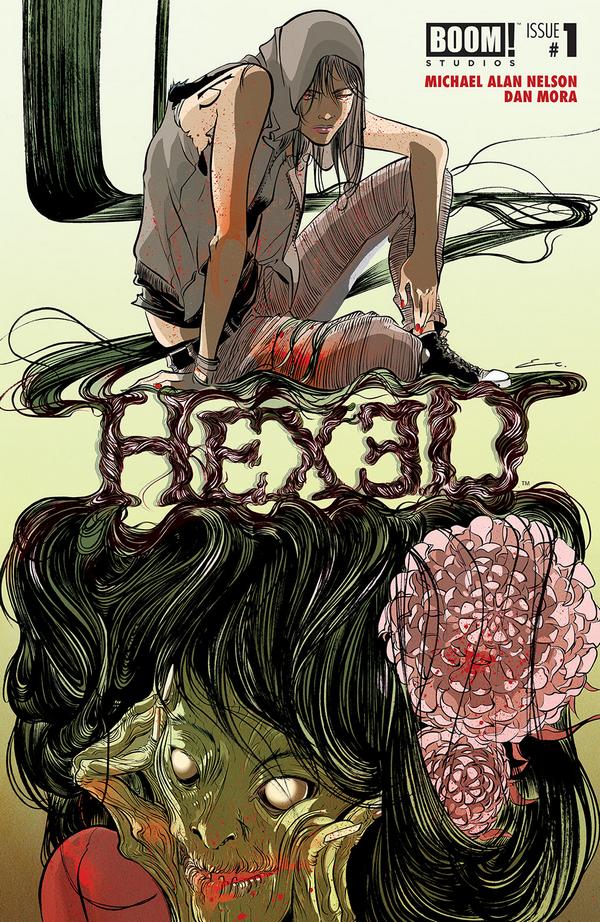 July 16, 2014 – Los Angeles, CA – When you’re a thief-for-hire, life can be complicated. When you add the supernatural to the mix, things really get crazy! Award-winning publisher BOOM! Studios is pleased to announce the new ongoing series HEXED, a relaunch of the fan-favorite creation from veteran writer Michael Alan Nelson (DAY MEN), with new series artist Dan Mora. This new series dives back into the depths of the Aether with Luci Jennifer Inacio Das Neves, better known as “Lucifer,” the supernatural thief-for-hire, as she takes on the dark denizens of the netherworld in search of wondrous objects for her mentor/mother figure, Val Brisendine. In addition, artist Emma Rios (Pretty Deadly, Strange), who debuted in American comics on the first HEXED series, returns to illustrate covers.

“HEXED is hands-down one of my favorite titles we’ve ever published,” said BOOM! Studios Editor-in-Chief Matt Gagnon. “The original HEXED series with Michael and Emma was a special series for all involved, and ahead of its time in many ways. Emma has gone on to become a titan as a comic book artist and Michael remains one of the best in the business when it comes to dark urban fantasy. Meanwhile, all of us have always wanted to come back to Luci. Her story is barely beginning. Lucifer is sharp, courageous, and just cool, exactly the type of rogue thief you want to follow. And in the tradition of HEXED, we’re debuting another breakout series artist in the incredible Dan Mora. Make sure you get in early on this one!”

Lucifer, who has appeared in FALL OF CTHULHU VOL. 3: THE GRAY MAN and the 2011 HEXED limited series, is a quick-witted mash-up of Buffy the Vampire Slayer and Lara Croft. HEXED was Pretty Deadly and Amazing Spider-Man superstar Emma Rios’ introduction to the American comics scene back in 2008, and new series artist Dan Mora is poised to continue the trend with his lyrical, horrific, and wholly unique take on Lucifer.

HEXED #1 arrives in comic book shops on August 13th with a main cover by Emma Rios for the price of $3.99 under Diamond order code JUN140934. There will also be a retailer incentive cover illustrated by series artist Dan Mora available in limited quantity. Not sure where to find your nearest comic retailer? Use comicshoplocator.com or findacomicshop.com to find one! It’s also available for order directly from boom-studios.com. 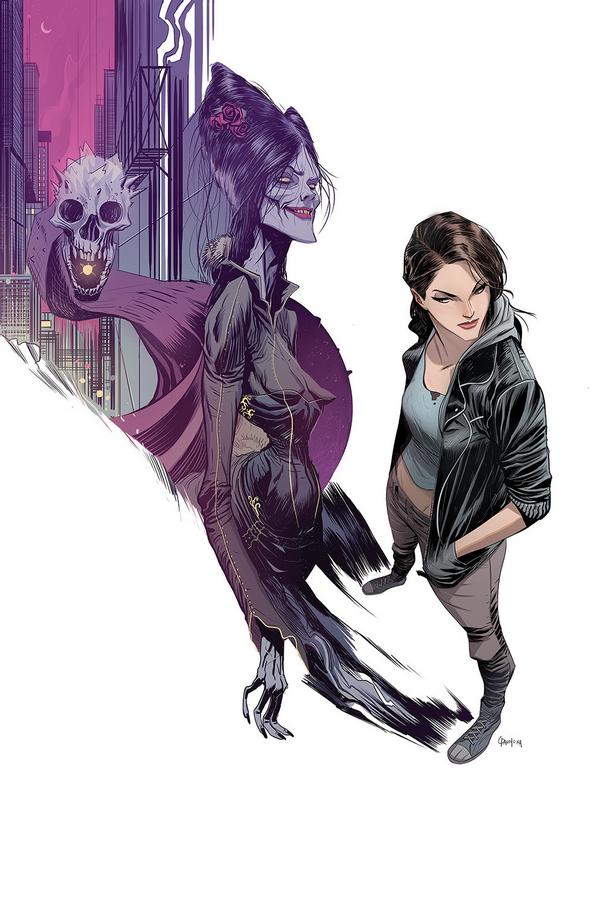