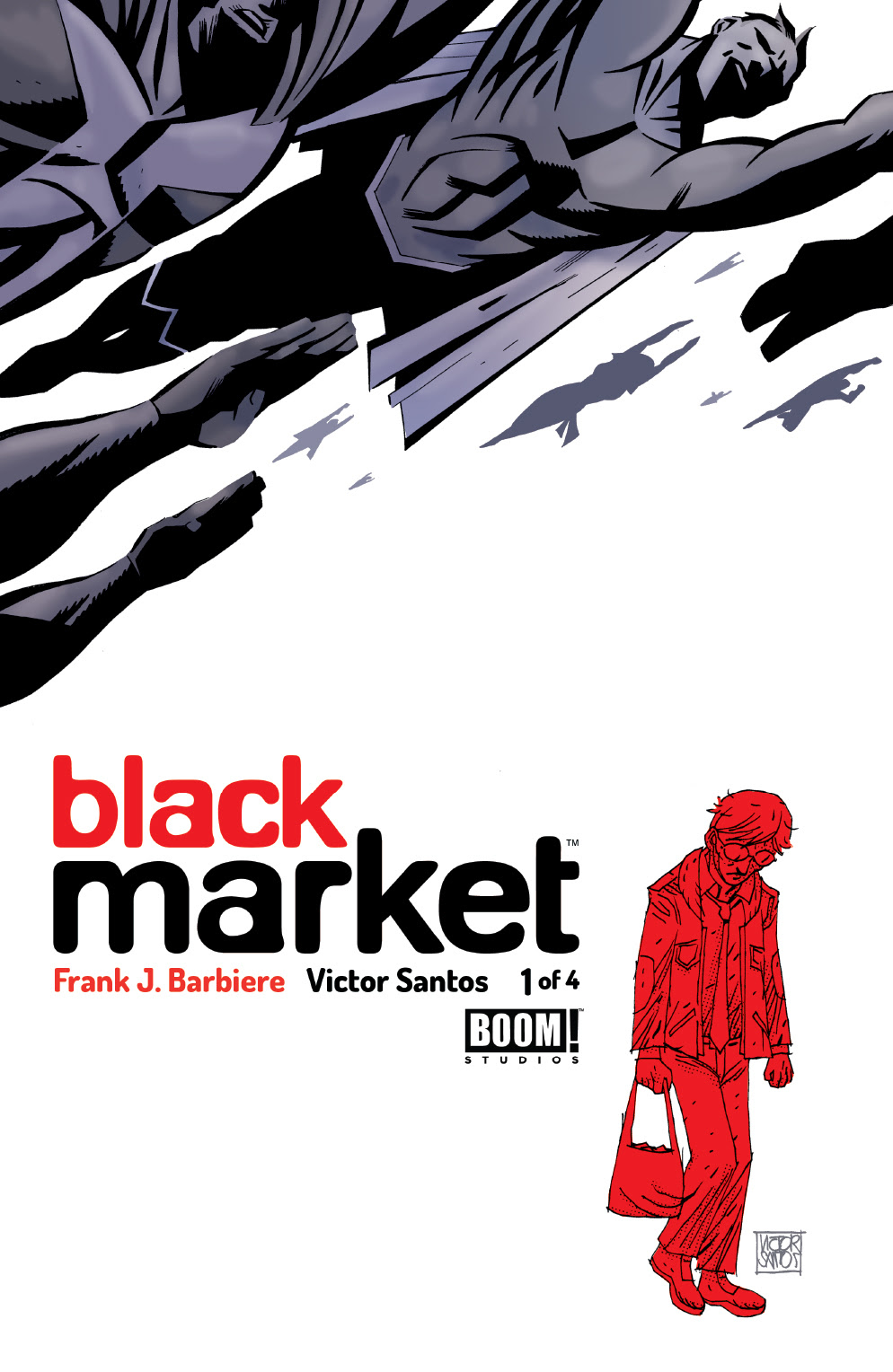 August 12, 2014 – Los Angeles, CA – BOOM! Studios is pleased to announce that BLACK MARKET #1, the new noir/pulp limited series from Frank J. Barbiere (Five Ghosts) and Victor Santos (Filthy Rich), has sold out at the distributor level. The publisher has rushed to a second printing.

Comic book fans should bear in mind that first printings of BLACK MARKET #1 may still be found at the local comic shop nearest you. Not sure where to find your nearest comic retailer? Use comicshoplocator.com or findacomicshop.com to find one!

“After seeing firsthand what Frank and Victor have done with BLACK MARKET I’ve had very high hopes for the series, so this announcement is music to my ears,” said Editor-in-Chief Matt Gagnon. “From the initial hook, to the complex characters, to the gorgeous art, this series hits an incredible rhythm. We all can’t wait to get the next issue into readers’ hands this month!”

Ray Willis is a broken man, a disgraced medical examiner making ends meet by preparing corpses at a funeral parlor and trying to care of his ill wife. His scientific genius is being wasted…that is, until his estranged criminal brother Denny shows up on his doorstep, supposedly cleaned up and proposing a once-in-a-lifetime partnership to cure not just cancer, but all disease. The catch? It exists within the DNA of superheroes.

“BLACK MARKET is the ‘Breaking Bad’ of the superhero world.” – Comic Book Resources

“…a smart and legitimately intriguing debut chapter that approaches a world of superheroes in a new way. BLACK MARKET is now on my radar and I’m very anxious to see where this story will go next.” – Comic Vine

“…the first issue entertained, and got me to think, not just about the issue, but the superhero genre as a whole.” – Graphic Policy

“Victor Santos’ art brings the world of Ray and Denny to life while still giving it that Golden Age comic book feel. Frank J. Barbiere’s writing is fresh and keeps the story moving at a swift pace. There’s a lot to like about BLACK MARKET.” – Geeks of Doom

“BLACK MARKET is a smart and cerebral approach to a story featuring superheroes.” – Rhymes With Geek

BLACK MARKET #1 second print ships with a new cover by series artist Victor Santos and carries a retail price of $3.99 with a Diamond Code of JUN148394. It is anticipated to be in stores on September 3rd.