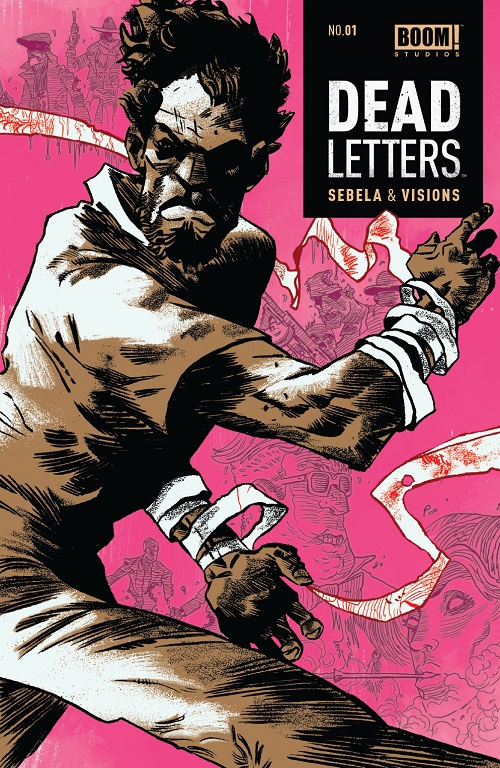 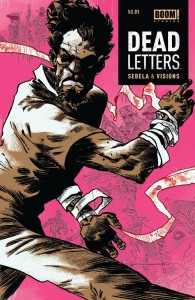 April 7, 2014 – Los Angeles, CA – BOOM! Studios is pleased to announce that the debut issue of DEAD LETTERS, the supernatural noir series from breakout writer Christopher Sebela (Ghost, High Crimes) and dazzling newcomer artist Chris Visions, has sold out at the distributor level. The publisher has rushed to a second printing.

Comic book fans should bear in mind that first printings of DEAD LETTERS #1 may still be found at the local comic shop nearest you. Not sure where to find your nearest comic retailer? Use comicshoplocator.com or findacomicshop.com to find one!

“I’ll be uncharacteristically brazen and just say this book is flat-out too good not to sell out,” said BOOM! Studios Editor-in-Chief Matt Gagnon. “We’re so proud of this series. It reflects everything we love about making comics. DEAD LETTERS is an elevated, 4-color howitzer of genre fiction from two future stars who are showing us what their made of. This is what we strive for at BOOM!. And we’re so happy retailers and readers have responded the way they have. Sam Whistler’s story is just beginning. Nobody is prepared for what comes next.”

WHY WE LOVE IT: Here at BOOM! Studios, crime is in our blood—from our comic-turned-feature film 2 GUNS to our critically acclaimed series HIT, we’ve always had a passion for all things noir. DEAD LETTERS is the next step in our exploration of the genre.

WHY YOU’LL LOVE IT: Creators Christopher Sebela (Ghost, High Crimes) and newcomer Chris Visions are two fresh voices that are about to take the industry by storm. Don’t miss out on a wholly unique take on supernatural noir.

WHAT IT’S ABOUT: Sam Whistler wakes up in an unfamiliar motel room, dressed in hospital scrubs and his arms wrapped in bandages. He remembers nothing—not how he got here, not where here is…not even his own name. But the goons knocking down his door sure do, and it’s going to take every single move in Sam’s forgotten repertoire to outrun and outsmart the gang war he’s just stumbled into.
Praise for DEAD LETTERS #1:

“…it’ll take you on a memorable ride, and leave you with a revelation that is sure to bring you back next month.” – Comic Bastards

“Just when you think you have an idea where everything is going, you get the rug pulled from beneath you.” – Comic Vine

“If Sebela and Visions can continue to masterfully collaborate with such surprising, inspiring and hair-raising plots, there is no doubt this series will become a hit. 10 out of 10.” – Comicosity

DEAD LETTERS #1 second print ships with a new cover by Artyom Trakhanov and carries a retail price of $3.99. It is anticipated to be on sale May 7.