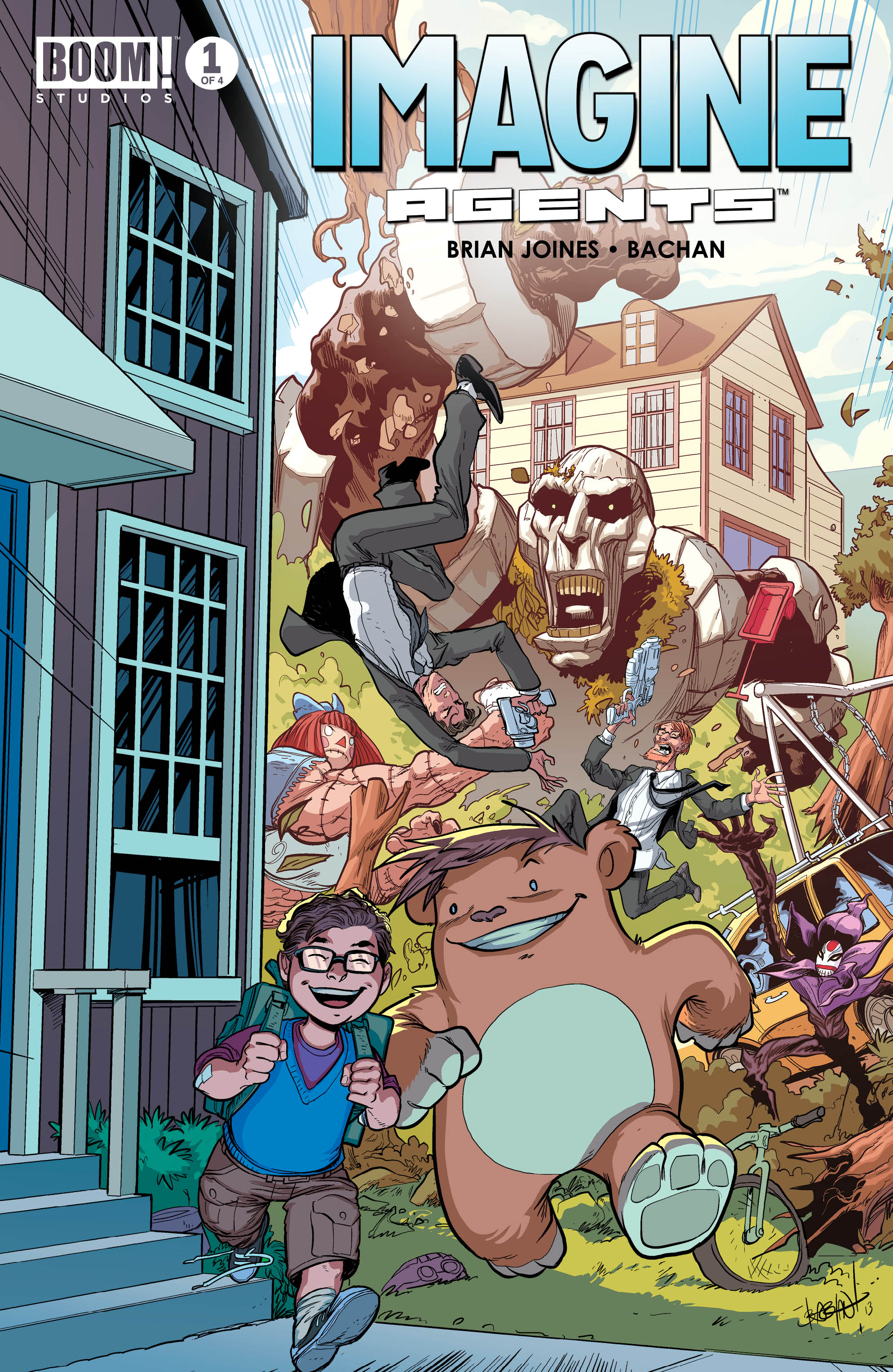 BOOM! Studios has announced a second printing for the sold out IMAGINE Agents #1. 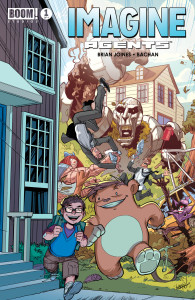 October 25,  2013 (Los Angeles, CA) BOOM! Studios is proud to announce that IMAGINE AGENTS #1, one of its newest original series written by Brian Joines (Noble Causes) and illustrated by popular Mexican artist Bachan (El Bulbo, Justice League), has sold out at the distributor level (copies may still be available at the retailer level). The publisher has rushed to a second printing.

The latest in a series of BOOM! Studios originals sell-outs, IMAGINE AGENTS #1 sold through its initial print run within a week of its release. Comic book fans should bear in mind that first printings of IMAGINE AGENTS #1 may still be found at the local comic shop nearest you. Not sure where to find your nearest comic retailer? Use comicshoplocator.com or findacomicshop.com to find one!

“The overwhelming response to our lineup of original series this year has been astounding,” says BOOM! Studios Editor-in-Chief Matt Gagnon. “IMAGINE AGENTS is the latest in what’s turning into a rolling thunder of sold-out first issues for BOOM! originals. I knew Brian Joines and Bachan had delivered something special, but the level of excitement for this series is even greater than I imagined (pun may or may not be intended). This series will put a smile on your face.”

WHY WE LOVE IT:  Brian Joines’ story is one of wit, originality, and heart, complemented by imaginative and lovable art by Bachan.

WHY YOU WILL LOVE IT: Big action and bigger fun in the vein of “Men in Black” and “Who Framed Roger Rabbit?”, with a dash ofChew.

WHAT IT’S ABOUT: Ever try to wrangle an illiterate, 30-foot tall rock monster away from his five-year-old best friend? Or calm down a 400-pound, muscle-man rag-doll during her daily temper tantrum? For Dave and Terry, it’s all in a day’s work. As agents for I.M.A.G.I.N.E., they are responsible for keeping your imaginary friends in line…

Little do they know that six-year-old Elliot and his best bear-friend, Furdlgurr, are about to be entangled in a plan to change everything!

“What lies behind that deceptively simple concept is a story that can go from being goofy and over-the-top on one page, to breaking your heart on the next page.” – Multiversity Comics

“After reading this issue I am eager to see what Joines and Bachan come up with next, in terms of both plot and crazy awesome new figments, as the book quickly established itself as one of the most unique, imaginative books on the racks.” – 9.5 out of 10 – Comicosity

“I really loved the thought and care that was put into this comic.” –Geeked Out Nation

“IMAGINE AGENTS is a nice suprise and is further proof that the comic book industry could use more all-ages books.” – 8 out of 10 –Flipgeeks

“Overall this is a beautiful all-ages book, populated with some really inventive creature creations.” – 4 out of 5 – Drunk On Comics

IMAGINE AGENTS #1 second print ships with a striking new cover by Bachan and carries a retail price of $3.99 with a Diamond Code of SEP138034. It is anticipated to be in stores on November 20th, 2013, alongside IMAGINE AGENTS #2.