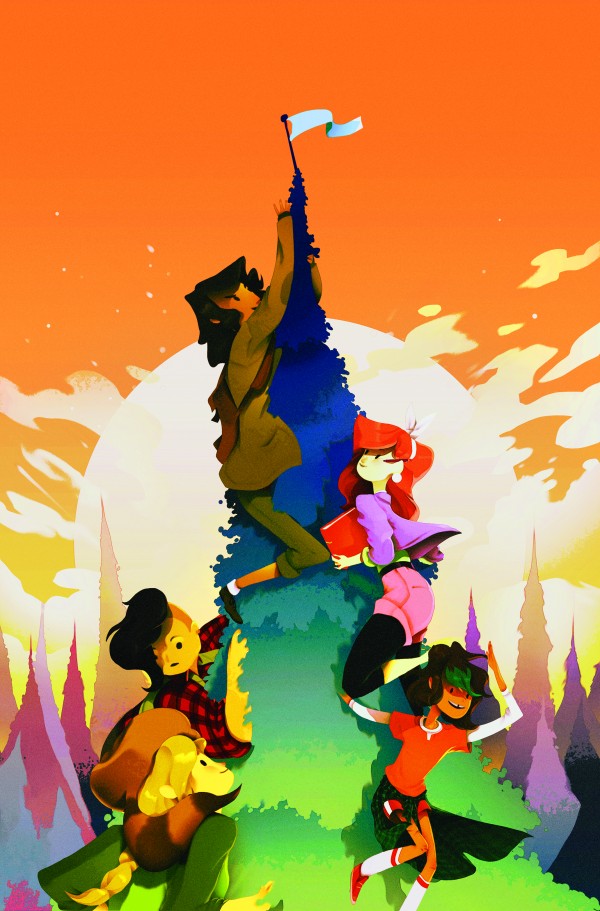 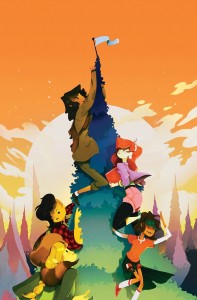 June 6, 2014 – Los Angeles, CA – BOOM! Box, an imprint of award-winning publisher BOOM! Studios, is delighted to announce LUMBERJANES #2 has sold out at the distributor level. This marks the second consecutive sell out for the series. The publisher has rushed to a second printing faster than a river monster can flip a canoe. Written by Noelle Stevenson (ADVENTURE TIME, Nimona) and Grace Ellis, co-created by BOOM! Studios editor Shannon Watters, with art from Brooke Allen (A Home for Mr. Easter), LUMBERJANES is a fun, quirky series about five girls kicking butt at summer camp and experiencing some really zany adventures.

Comic book fans should bear in mind that first printings of LUMBERJANES #2 may still be found, so grab your canoes and paddle to your nearest comic shop. Not sure where to find your nearest comic retailer? Use comicshoplocator.com or findacomicshop.com to find one!

“Noelle, Grace, Shannon and Brooke are crafting a phenomenal series that’s seeing the ‘Friendship to the max!’ mantra spreading all around the world,” said BOOM! Studios Editor-in-Chief Matt Gagnon. “Between sellouts of the first two issues and promoting the title to an ongoing, we know we have something special on our hands–and we’re so thankful for all of our supporters and readers.”

Jo, April, Mal, Molly, and Ripley are five best pals determined to have an awesome summer together…and they’re not gonna let any insane quest or an array of supernatural critters get in their way! Not only is it the second title launching in our new BOOM! Box imprint, but LUMBERJANES is one of those punk rock, love-everything-about-it stories that appeals to fans of basically all excellent things.

“Noelle Stevenson, Grace Ellis, and Brooke Allen’s LUMBERJANES could be your new favorite series—or your daughter’s, or your dad’s, or your little cousin’s. It’s an utterly loveable example of how well all-ages comics can work when they shoot for the moon instead of aiming for the lowest common denominator.” – Comic Book Resources

“I just can’t stop praising LUMBERJANES, there’s nothing out there like it. A fandom has to arise sometime for it, right? Yea, I said it, Lumberjanes is worthy of a fandom.” – Comic Bastards

“There certainly isn’t anything else out there quite like it. …If you’re looking to get your young daughter or student into reading comics, this is a great place to start.” – PopMatters

“LUMBERJANES is a comic that’ll surprise you. It’s bizarre, over the top and extremely silly. That might sound like damning praise, but if you’re fan of stuff like Adventure Time or Gravity Falls, you’ll love the tone and look of this book.” – IGN

“LUMBERJANES is just plain enjoyable; it’s a delightful read with great energy, and it’s one of the books I look forward to most because it’s just so fun. Seriously. Pick up a copy, perk up your Wednesday.” – Comic Vine

“LUMBERJANES #2 is a real treat and acts as a convincing argument in favor of this new series. The book accomplishes exactly what it sets out to and manages to produce a number of laughs along the way.” – All-Comic

“Honestly, this title has the potential to be a new favorite cult hit. …Stevenson, Ellis, Allen, and Laiho definitely deserve their merit badge for having me want more from this series.“ – Newsarama

LUMBERJANES #2 second print ships with a new cover by Perry Maple and carries a retail price of $3.99 with a Diamond Code of APR148318. It is anticipated to be in stores on June 25th.