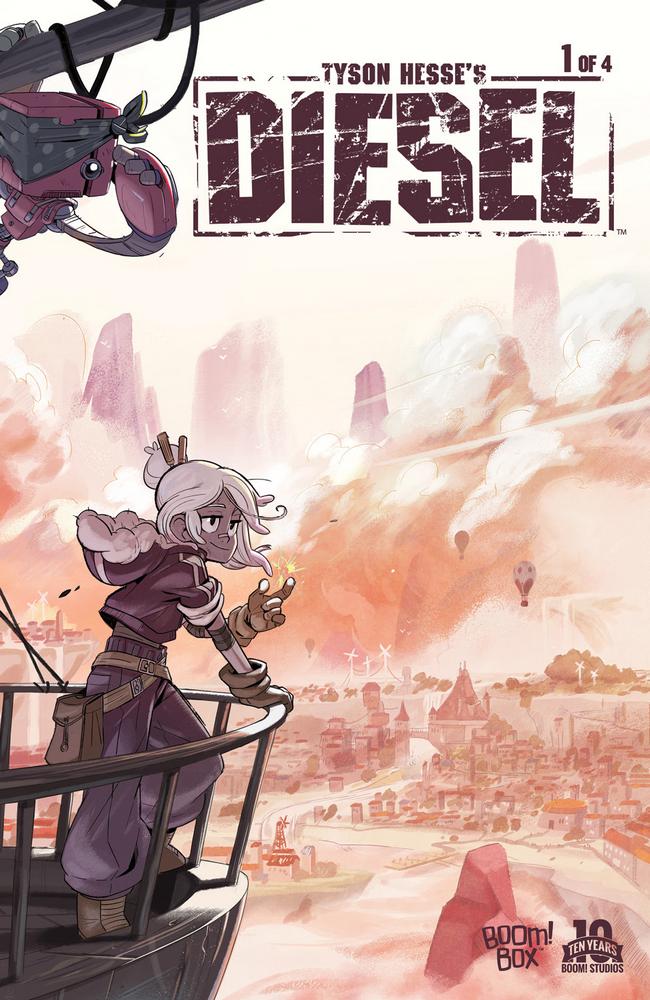 In the series: Dee Diesel isn’t very good at anything. The daughter of the late Tungston Diesel, she has yet to live up to her father’s great reputation. Her rival has inherited control of her family’s airship and left Dee the only job she’s qualified for: working in a two-bit garage. But all that changes when a mysterious flying engine crashes into Dee’s life and takes her on a journey through the skies.

“Tyson did an awesome job on covers for Adventure Time and Bravest Warriors, and his work on The Amazing World of Gumball left us in stitches with his flair for characterization,” said BOOM! Studios Editor-in-Chief Matt Gagnon. “Diesel is his first original series, and it’s an incredible debut! You’ve got airship fights, robots, and a mysterious flying engine. At the same time, you also have the story of a young woman trying to find her place in the world while standing in her famous father’s shadow. Tyson has created a stunning new world that’s coming your way this September!”

Tyson Hesse’s Diesel #1 (of 4) arrives in comic shops on September 9th with a main cover by series artist Tyson Hesse for the price of $3.99 under Diamond order code JUL151092. Also available in a limited quality is a 10 Years incentive cover by Lucy Knisley (Age of License), and a retailer incentive cover by Yuko Ota (Johnny Wander).

The Final Order Cutoff deadline for retailers is August 17th. Not sure where to find your nearest comic retailer? Use comicshoplocator.com or findacomicshop.com to find one! It’s also available for order directly from boom-studios.com.

Please feel free to share this order form for your readers to take to their local comic book shop if they want to pre-order Tyson Hesse’s Diesel #1. 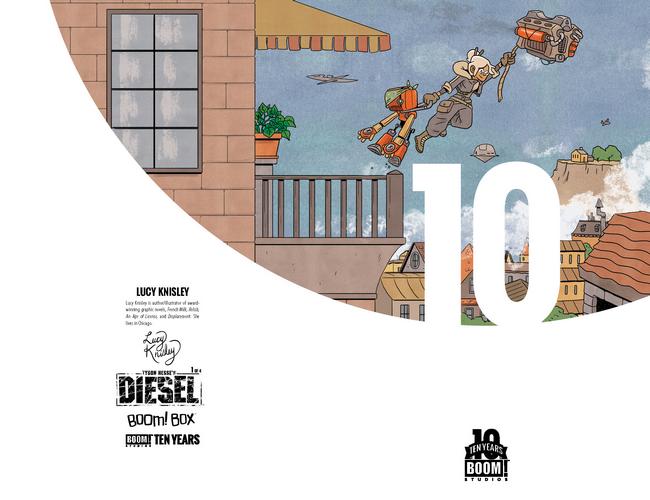 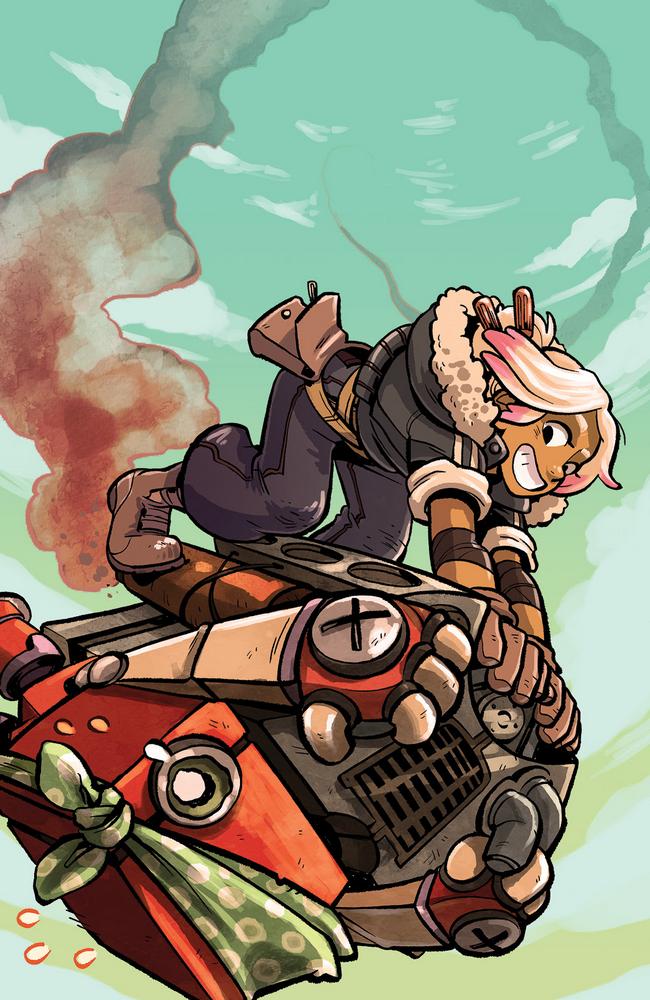 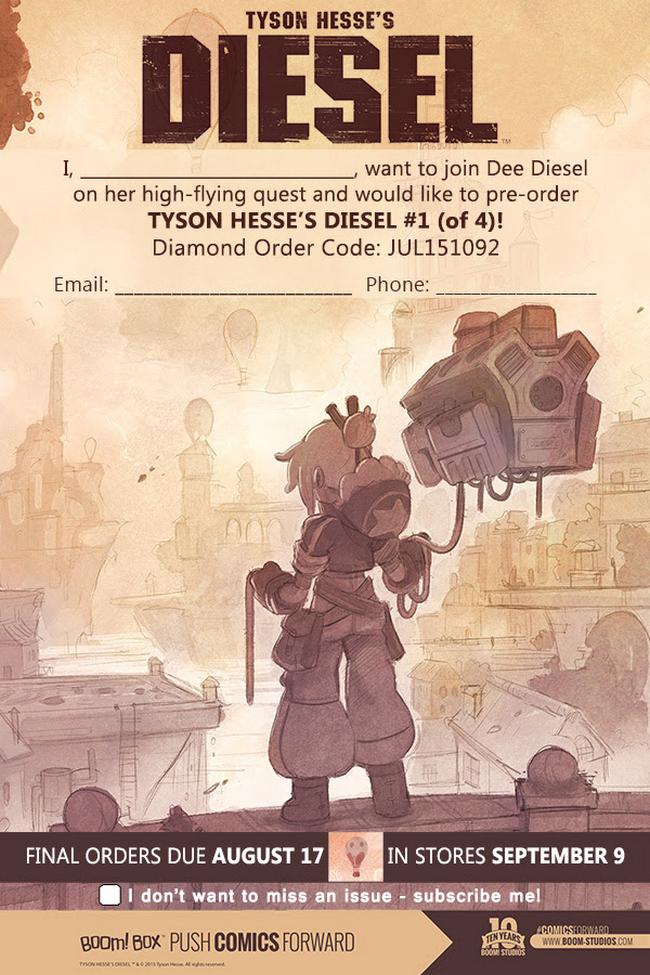