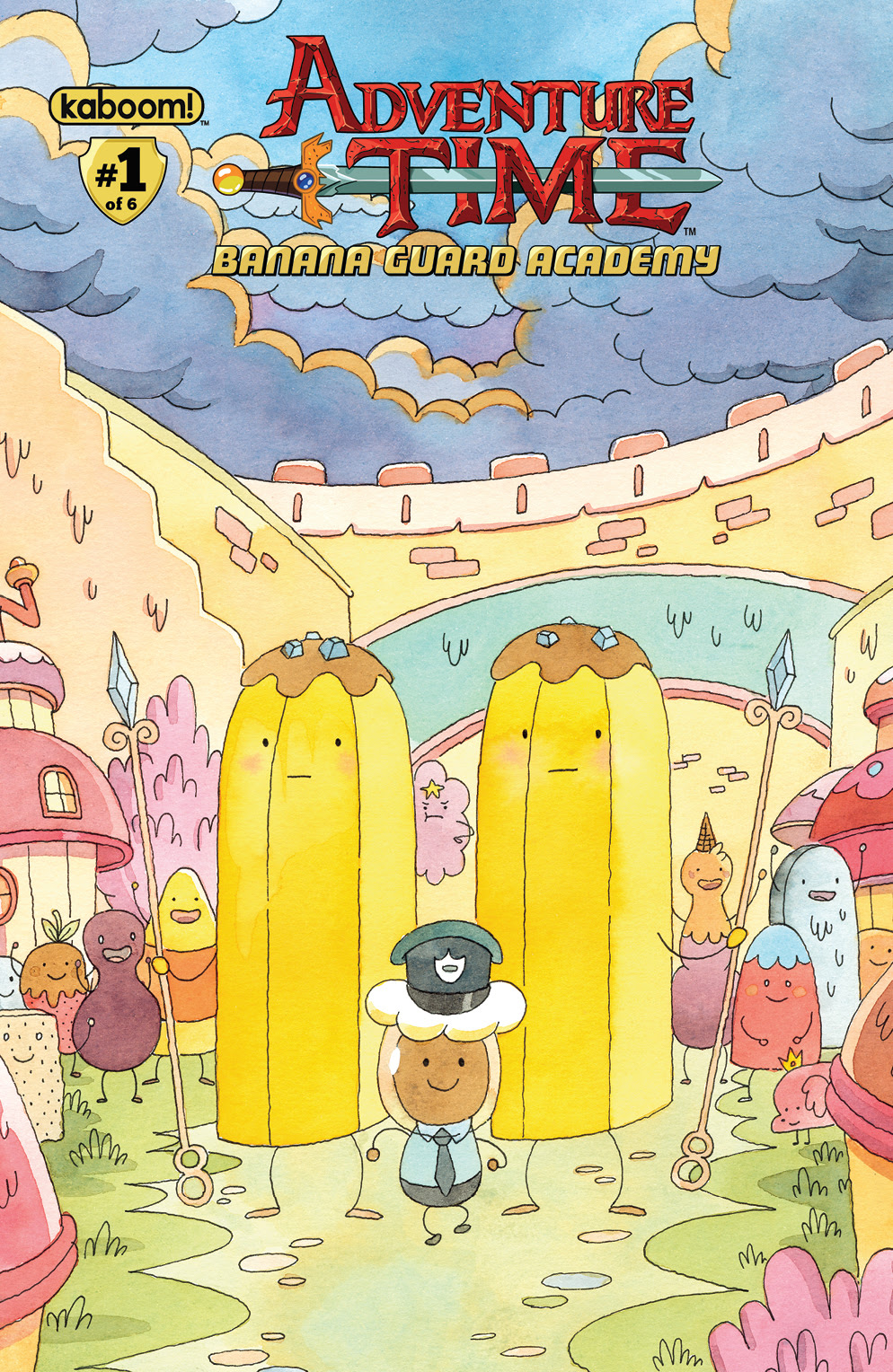 June 10, 2014 – Los Angeles, CA – Have you ever wanted to serve in the illustrious Banana Guards and protect the Candy Kingdom? Well now’s your chance! Root Beer Guy is calling on all guards (banana or otherwise) to join the best of the best in ADVENTURE TIME: BANANA GUARD ACADEMY, a new limited series coming this July from KaBOOM!, an imprint of BOOM! Studios, and Cartoon Network Enterprises, the licensing and merchandising arm of the network. This marks the comic writing debut of Kent Osborne, head writer of the Adventure Time show, with art from Mad Rupert (REGULAR SHOW: SKIPS).

“Having Kent write this series is a real treat,” said BOOM! Studios Editor-in-Chief Matt Gagnon. “He’s written some of our favorite episodes of the show and created Root Beer Guy, who’s going to take charge of the Banana Guard and start recruiting some fan-favorite citizens of Ooo. We’re also excited to have Mad on board after her hilarious run on REGULAR SHOW: SKIPS. It’s a great team.”

It turns out that there is a lot to being a Banana Guard—but being a Banana is not mandatory. This crazy adventure follows Root Beer Guy as he starts his search for new recruits among Ooo’s citizens. Only the best will do in his quest to protect the Candy Kingdom!

ADVENTURE TIME: BANANA GUARD ACADEMY #1 is available for pre-order now through comic shops under Diamond Order Code MAY141185 with a cover price of $3.99. It goes on sale July 9th. The main covers are illustrated by Aimee Fleck (LUMBERJANES) and Michele Petrucci, with a retailer incentive cover by Natalie Hall available in a limited quantity. Not sure where to find your nearest comic retailer? Use comicshoplocator.com or findacomicshop.com to find one! It’s also available for order directly from boom-studios.com. 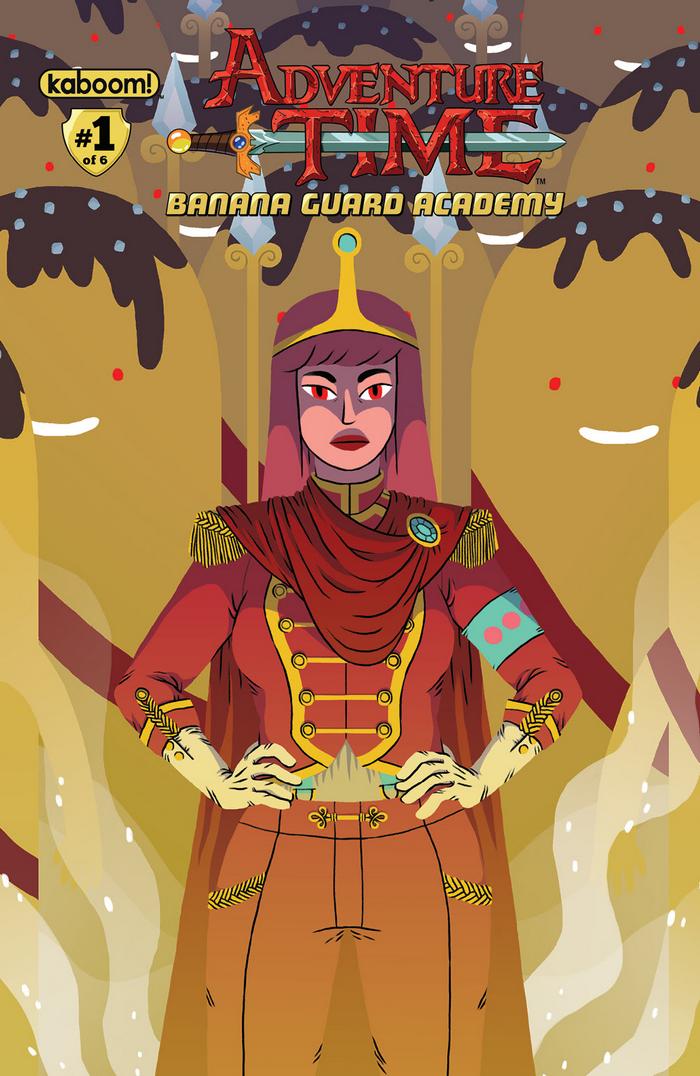 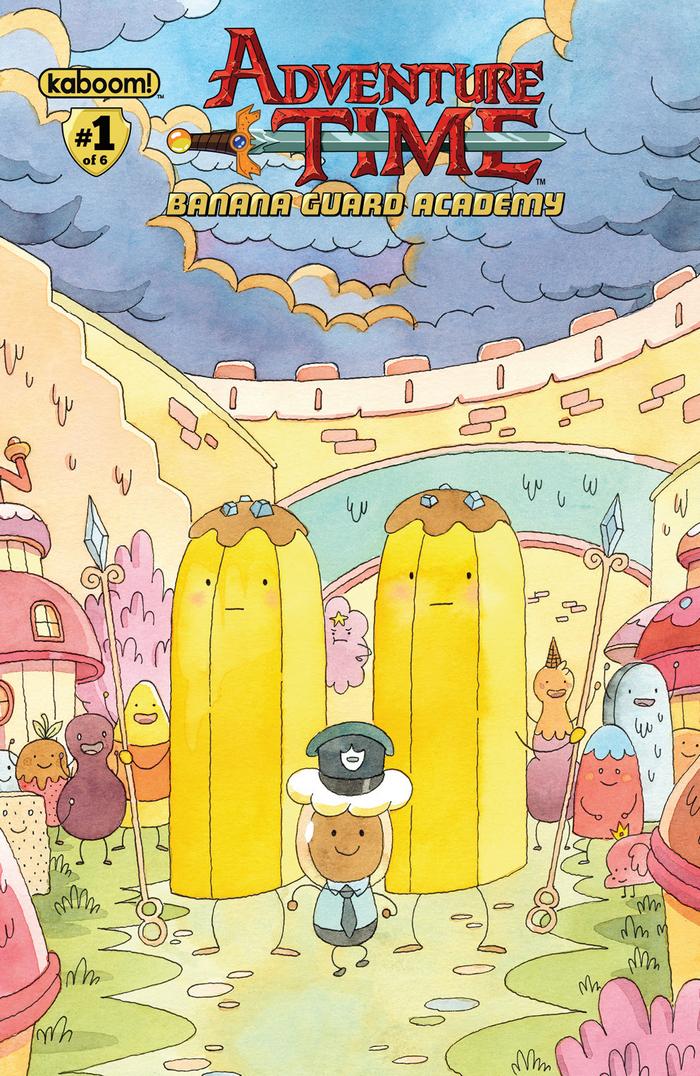 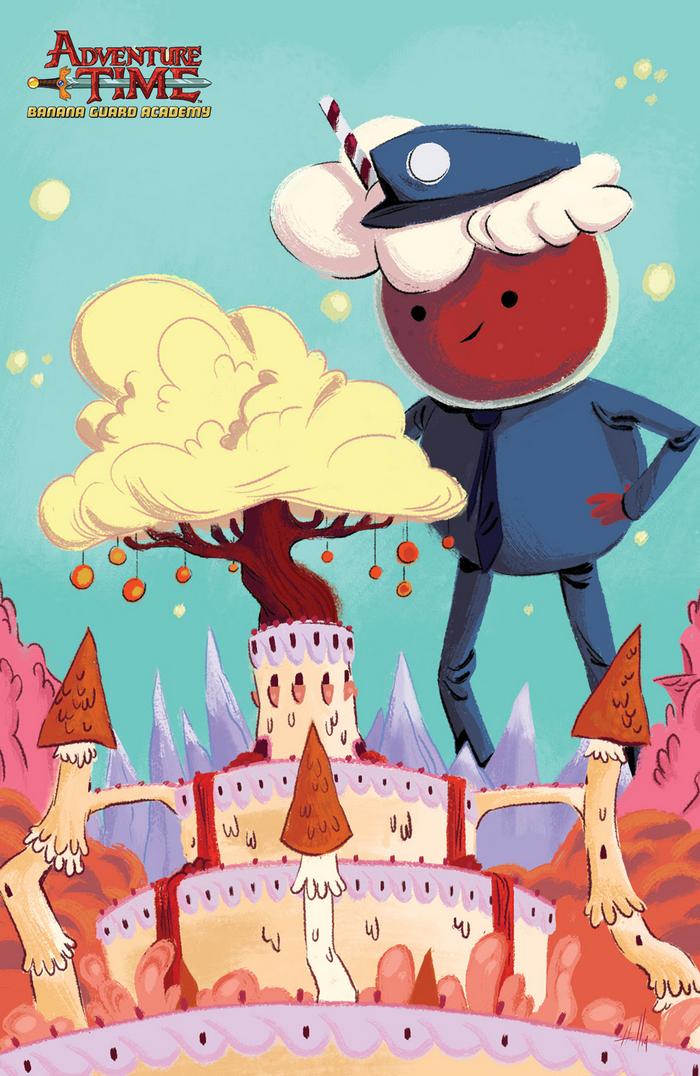