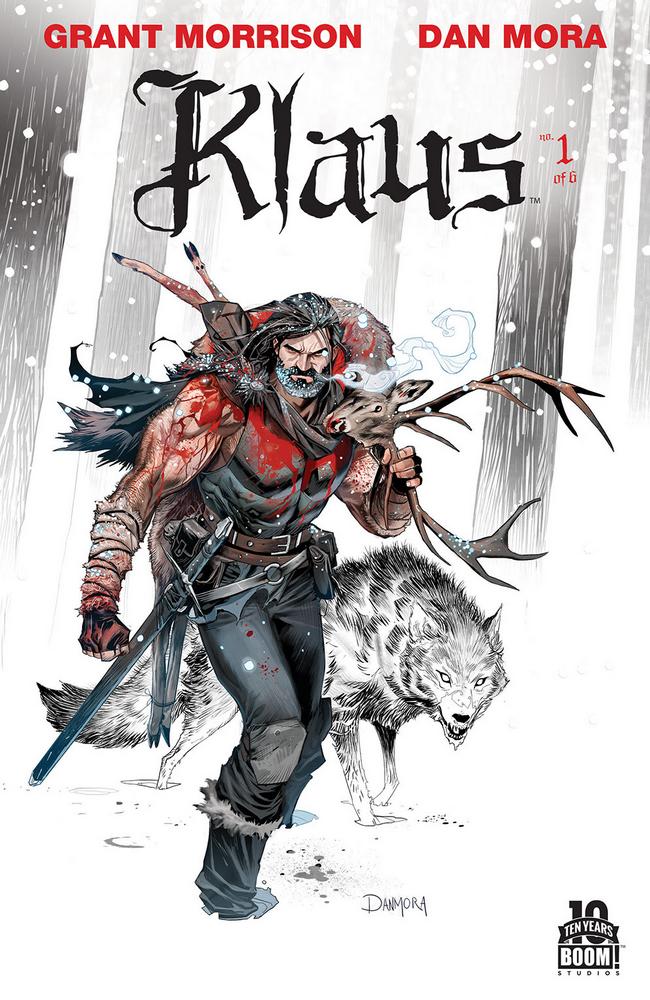 November 12, 2015 (Los Angeles, Calif.) – Award-winning publisher BOOM! Studios is pleased to announce that Grant Morrison and Dan Mora’s first issue of Klaus, their hit original comic series that details the epic, historic origin of the one and only Santa Claus, has sold out at the distributor level. The publisher has rushed to a second printing to fill demand.

Klaus #1 second print ships with a recolored main cover by Mora and carries a retail price of $3.99 under Diamond Code OCT158148. Orders close on November 23rd, and copies are anticipated to be in stores on December 9th.

Set in a dark fantastic past of myth and magic, Klaus tells the story of how Santa Claus really came to be. Where did he begin? What was he like when he was young? And what happens when he faces his greatest challenge? Drawing on Santa Claus’ wilder roots in Viking lore and Siberian shamanism—taking in the creepier side of Christmas, and characters like the sinister Krampus—Klaus is “Santa Claus: Year One.”

“It’s the beautiful art and the unusual blend of grim medieval setting and whimsical fairy tale elements that truly distinguish this tale.” – IGN

“Klaus #1 is an atypical yet wonderful and characteristic take on a beloved and timeless childhood legend. Morrison and Mora have created the beginning of a potential future classic.” – CBR

“From the epic opening double-page spread of a frozen landscape, Klaus standing like a Mad Max figure of the wasteland in its wake, Dan Mora immediately makes a strong impression. 10 out of 10.” – Newsarama

“Morrison approaches his Santa Claus origin with a mix of superhero meter and mythical scope, clearly having the time of his life developing a wilder, crazier, and sexier Saint Nick. – Multiversity Comics

“…underneath the ice of the Northern winter, Klaus #1 has a vibrant beating heart…” – PopOptiq

Comic book fans should bear in mind that first printings of Klaus #1 may still be found at the local comic shop nearest you. Not sure where to find your nearest comic retailer? Use comicshoplocator.com or findacomicshop.com to find one!