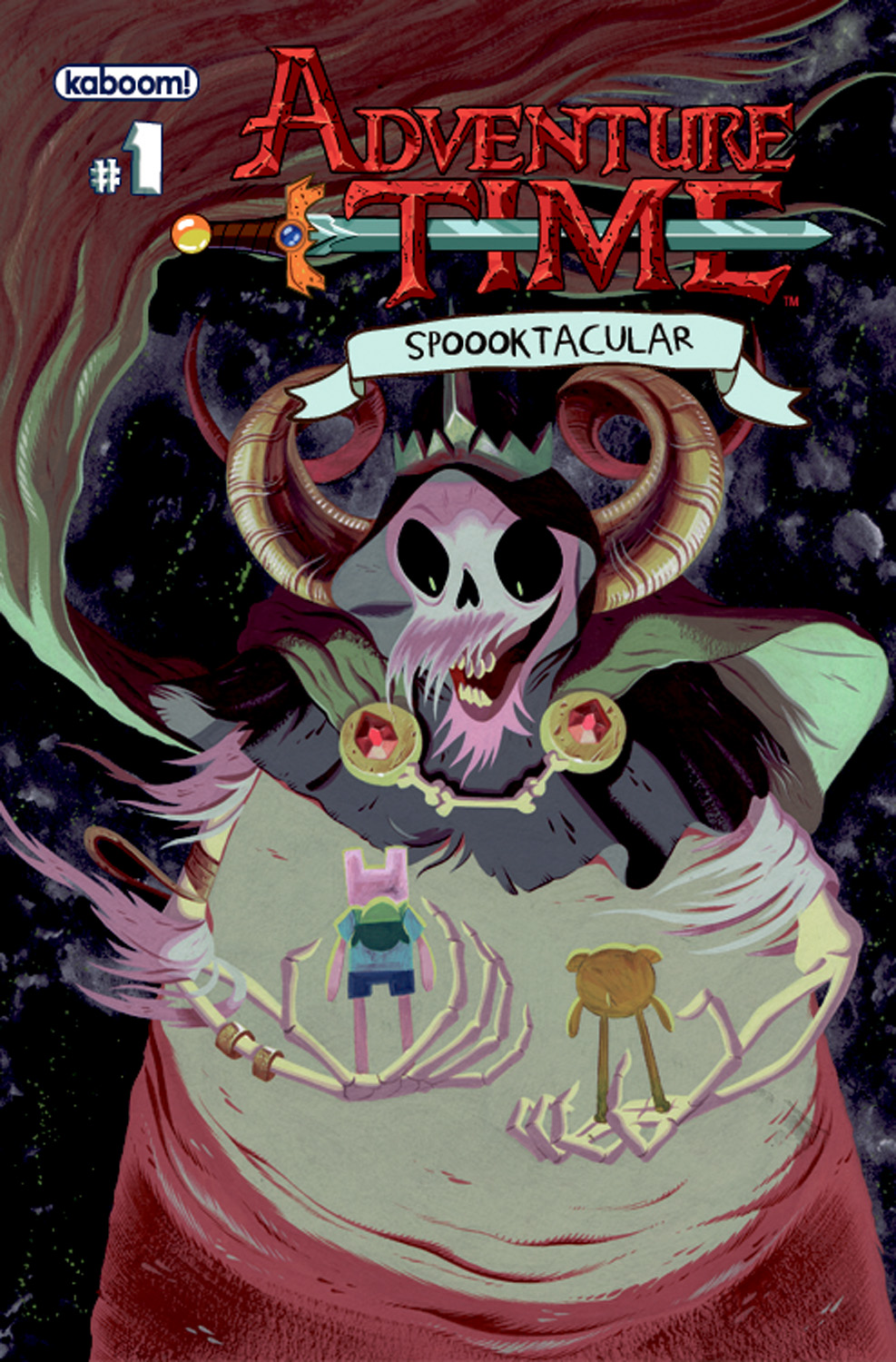 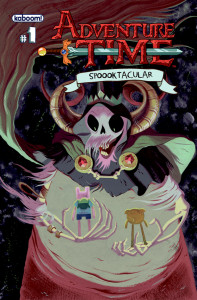 The stand-alone issue is written and drawn by various creators and artists including Jen Bennett (ADVENTURE TIME: MARCELINE AND THE SCREAM QUEENS), Bryce Carlson (HIT), Ming Doyle (Mara), Jones Wiedle (Helvetica), Jay Hosler (Sandwalk Adventures), Jen Vaughn, and Kevin Church (The Line). ADVENTURE TIME 2013 SPOOKTACULAR ships with a main cover illustrated by Becky Dreistadt (Tiny Kitten Teeth) as well as retailer incentive variant covers by Ming Doyle and Jones Wiedle. And as an extra “treat” for fans, the special will include a yet-to-be-announced bonus story that you won’t want to miss!

WHY WE LOVE IT: The surreal, post-apocalyptic world of Ooo is already a little bit spooky, which makes it perfect for a collection of funnily scary stories.

WHY YOU WILL LOVE IT: This time of year, everyone loves a good scare! Why not get in the spirit with all of your favorite characters from Cartoon Network’s top-rated comedy series?

WHAT IT’S ABOUT: The Spooktacular is a collection of short stories following some of our favorite friends in ADVENTURE TIME. Enjoy Marceline’s attempt at being a “good girl”, how Fionna and Cake get through their latest adventure and other stories! It’s going to be a great time!

The over-sized ADVENTURE TIME: 2013 SPOOOKTACULAR #1 arrives in comic shops on October 30th with a cover price of $4.99 under Diamond order code AUG131116.